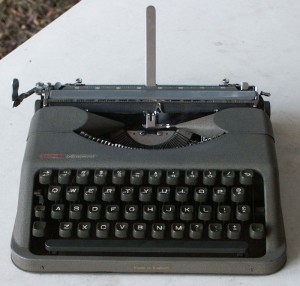 Picked up on Ebay for $19.60 plus shipping, “Nick Charles” was a bargain next to what Hermes Rockets are going for, and it’s pretty much the same machine. Produced by British Typewriters, Ltd. in Bromwich, England, the Aristocrat was made under a license from Hermes and seems to differ from the Rocket/Baby only in color: Hermes are a light mint green, and Aristocrats are a dark olive green that makes it look somewhat milspec-ish. It’s certainly a more manly color than the Hermes models.

Currently, the Aristocrat is one of my two favorite super-compact typewriters for Nanowrimo ’10. When I’m in the mood for the short-throw Hermes action, I pick Nick. If I feel like long-throw Smith Corona action, I go with the Skyriter (Boswell), and it’s been about 50/50 so far. I like them both for different reasons.

Only one complaint about the Aristocrat, and I’m sure it’s common to all Hermes Rockets/Babys that have the gull-wing ribbon covers. When you’re pounding away in the heat of a good paragraph, the ribbon covers will jostle loose and rattle around. It’s a minor annoyance, and oddly it becomes a pondering ritual. When I want to think about a line I’m about to type, I busy my fingers with re-snapping the ribbon covers and it feels calming and seems to help during the mind-composing state. 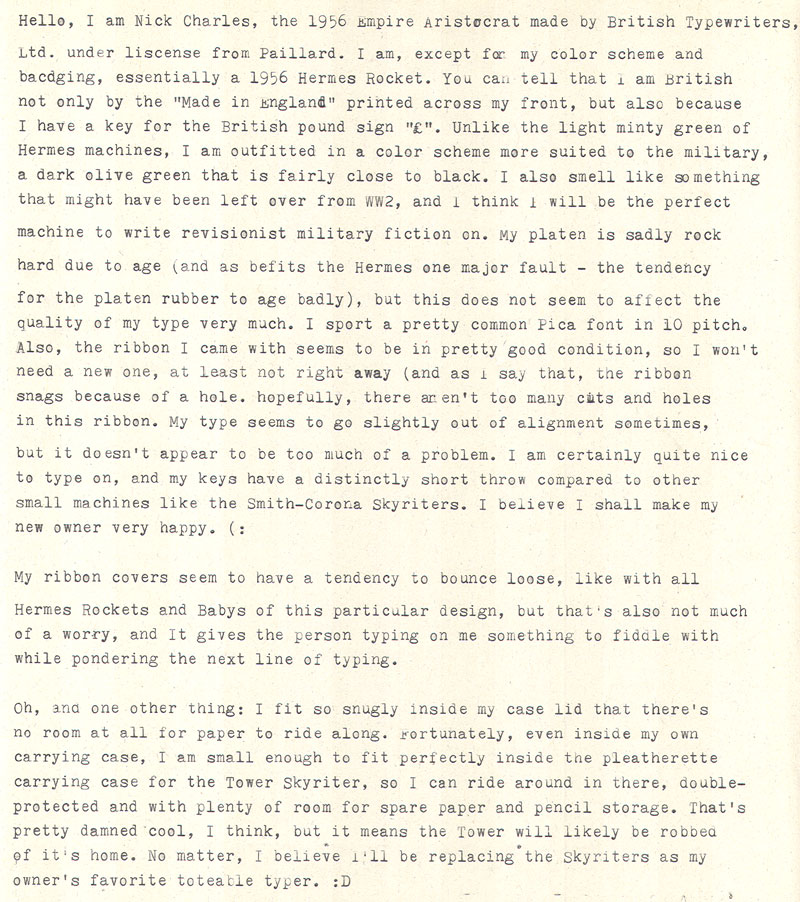 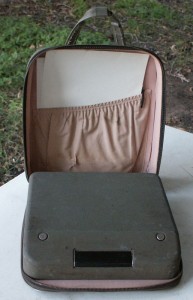 Well, despite Nick’s optimistic prediction, I’ve been trending about 50/50 in which of the toteables I use for Nano. Usually, I bring Nick along on write-ins because he’s got lots of paper storage and is better protected against travel damage because he’s double-cased. At home, though, I find myself gravitating to Boswell for quickly dashing off a page or two.