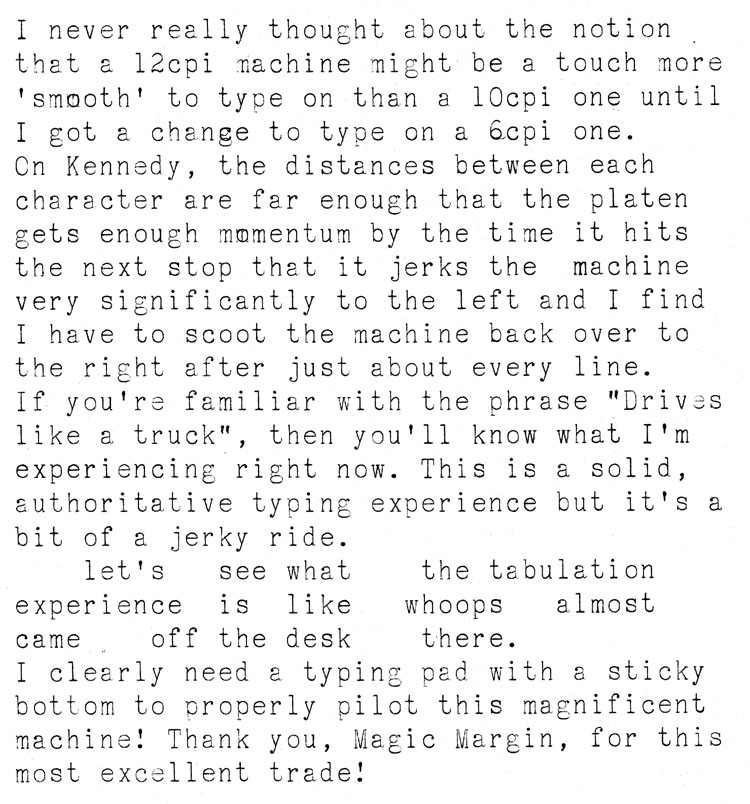 a collaboration between Kennedy and Einstein

I attempted to make a typewriter pad out of 4 mouse pads, as I happen to have lots of these Secret Society Wars mousepads hanging around. Result: utter failure. Witness the hard shift to the left after just 3 lines of typing. The mouse pads didn’t move, but it appears the top surface isn’t grippy enough: 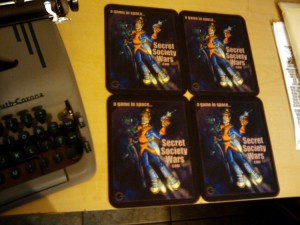 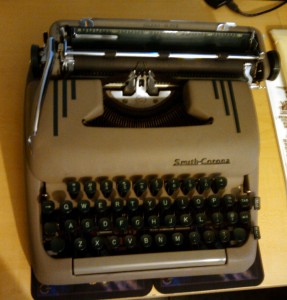 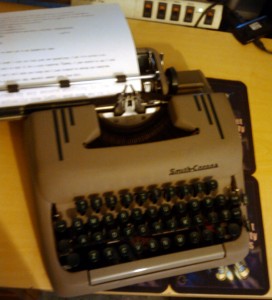 I found a slice of package padding foam among the materials I’ve been using to pack with, and cut a square out the right size for a typewriter pad. Result: SUCCESS! This stuff is somewhere between foam rubber and styrofoam in hardness, and is slightly grippy on both sides. The sheet I used is about 3/4″ thick. with this stuff underneath it, the machine won’t budge and is much quieter, although slightly springy when typing: 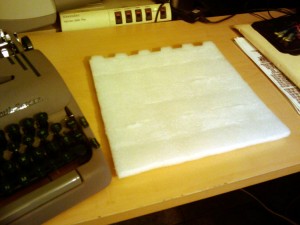 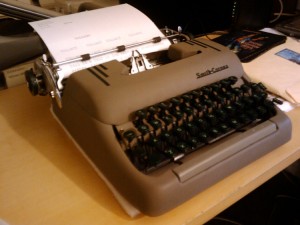 After some distracted googling around it seems that the last online source for typewriter pads is MyTypewriter.com, where they are sold for $24.95 and are advertised as “based on specifications of an original typewriter pad from the 1940s”. I have seen exactly *one* typewriter pad in my life, and that one is at MTE. I did try it out and found the feel of the typewriter is made substantially smoother and weightier. However the pad that Bill has at MTE is at least an inch thick and has a coarse layer on the top that grips the machine like very tightly wound berber carpet. The ones at MyTypewriter look anemic next to that, and are just a wool slab with no top grippy layer.

Vintage Typewriter Shop seems to be out of typewriter pads. Too bad, as theirs at $19.95 has a neoprene grippy layer attached to the felt. These might be similar to the ones that Richard Polt had made, and sound nice.

So, for the moment, I’m satisfied with the packing foam slab, although, I should note that heavy typewriters do sink a bit into the foam overnight, so an exposed-bottom machine might have issues, but these are solved just by flipping the foam sheet over. I suppose the next step is finding out a place where you would buy a sheet of this stuff, as I got mine out of a box that someone had shipped a typewriter to me in.