I stumbled across a neat resource this morning while searching for data on Tower-branded Smith Corona typewriters; WishBookWeb is an exhaustive source for Christmas catalogs, mainly from Sears, but also for other mail-order companies. They don’t have *every* catalog, but they have enough for me to start my journey.

The journey starts in 1947, when Sears sold major typewriter brands like Underwood, Royal, Corona and Remington, but did not yet have the Tower-rebranded Smith-Coronas to offer: 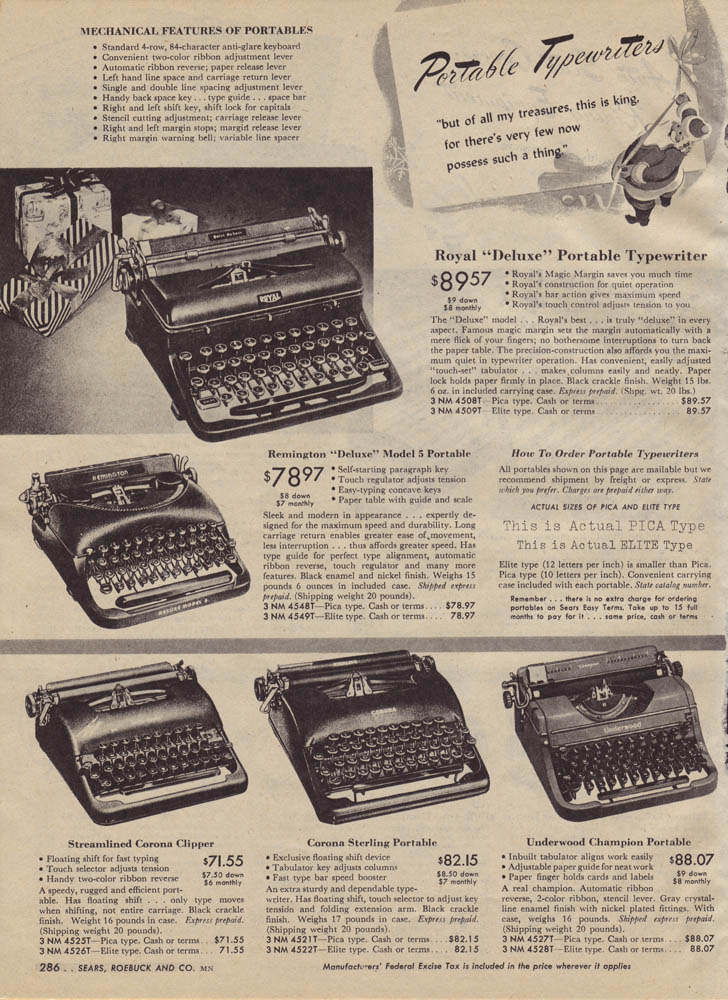 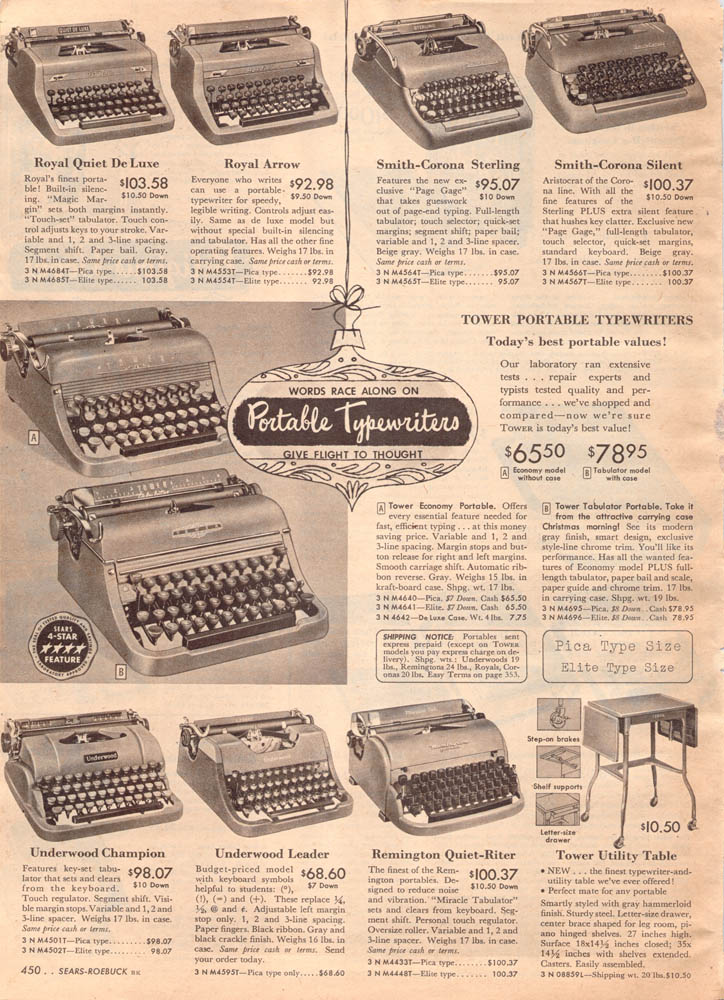 These 1952 Towers don't look much like Smith-Coronas to me, instead they look a lot like the Underwood Leader body style mated to a different ribbon cover. Were these first Towers actually Underwoods?

There’s a dearth of scanned catalogs between 1952 and 1956, so we are forced to jump ahead 4 years to the 1956 Wish Book to find the first Smith-Corona made Towers – Green keys, crinkle paint and the older non-chrome Tower logo, clearly coming off of the same assembly line as regular Smith-Coronas. Interestingly, the Tower Chieftain is a rebranded Olivetti Lettera 22. At this point Sears is still selling the other major brands, but is clearly pushing its own Tower brand much more seriously. 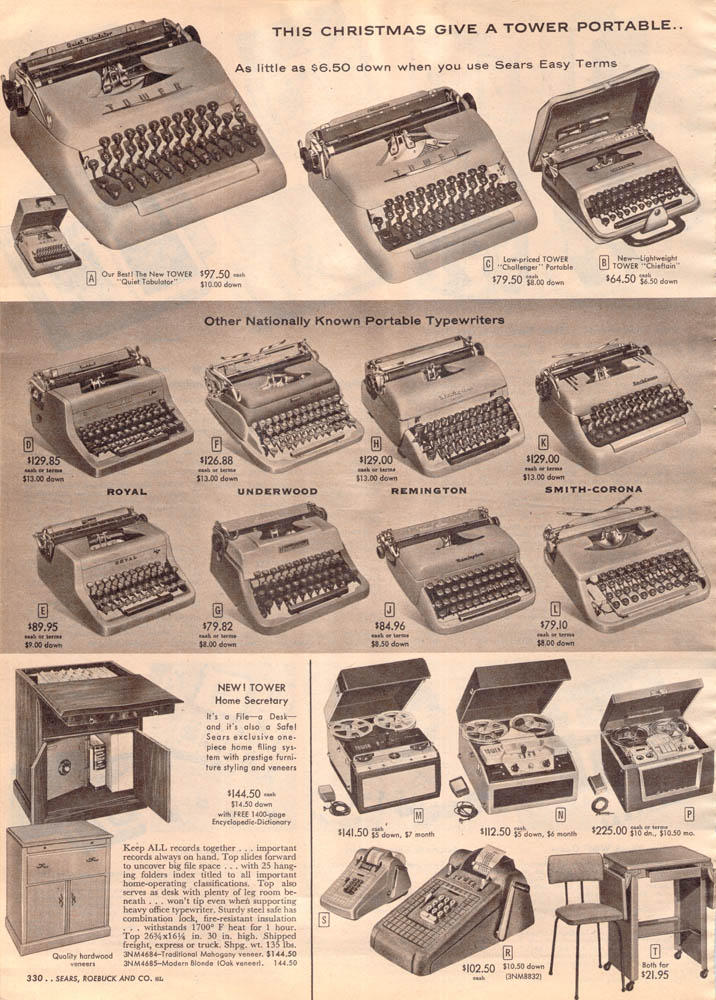 This page below from the “Toy Typewriters” section of the 1956 Sears Wish Book will interest Richard Polt – I recognize his “Baby Byron” right there in the upper right corner! 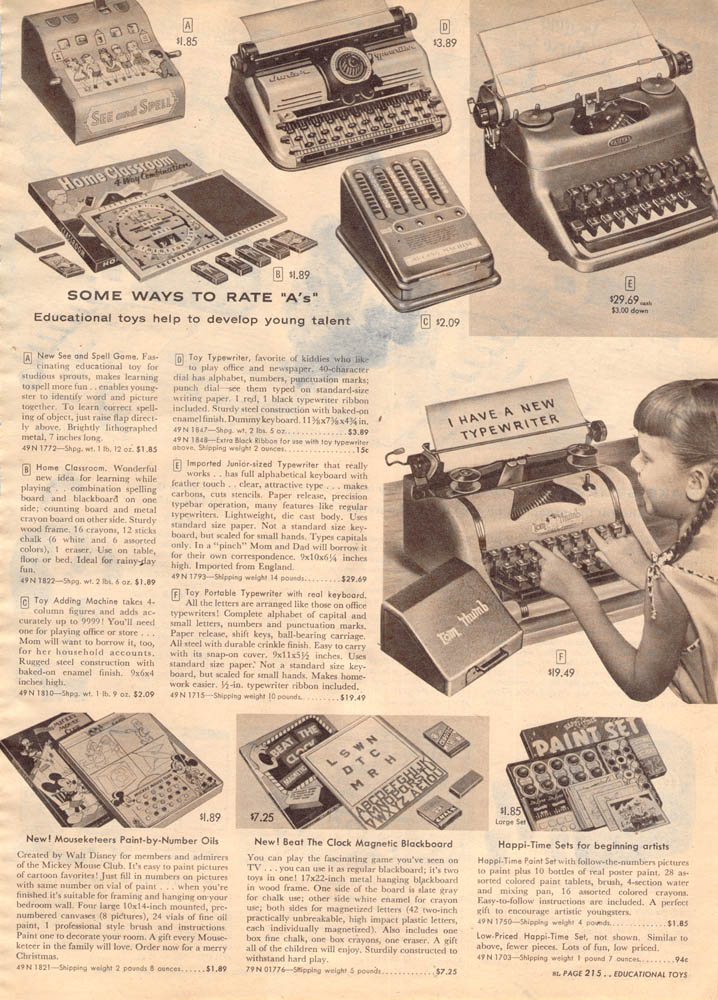 In 1958, the Sears Wishbook shows the Tower President still with the same older badging, but with brown keys: 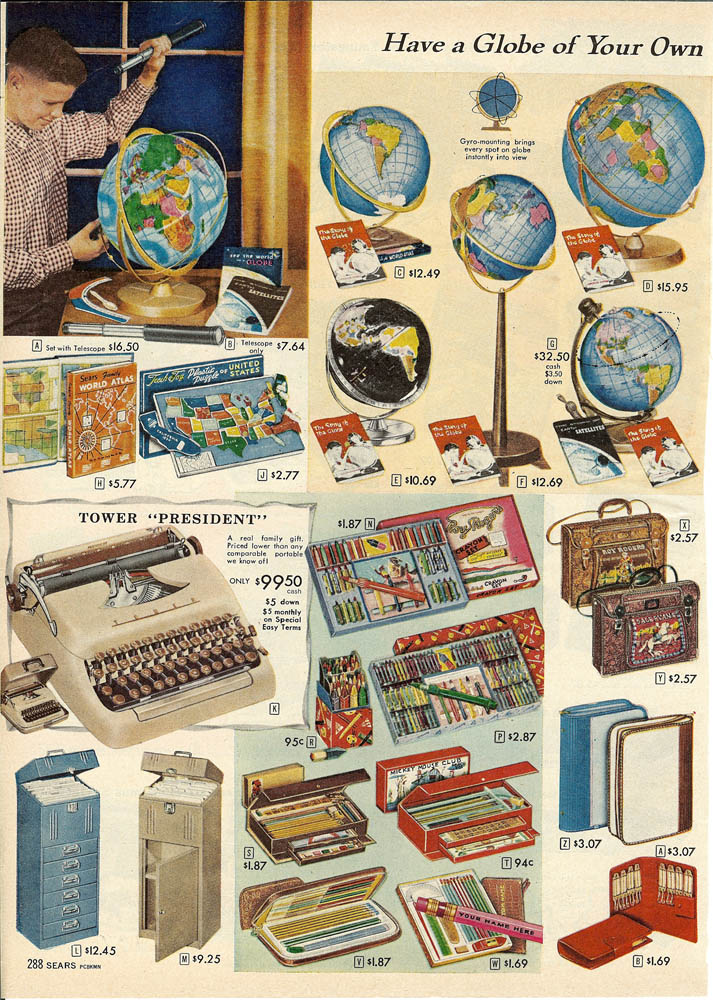 Pretty President, but still haven't run into the Chrome atomic-style badging yet, and we're already to 1958!

So, the next year, 1959 is the first glimpse we get of the Atomic-style chrome Tower Badging: 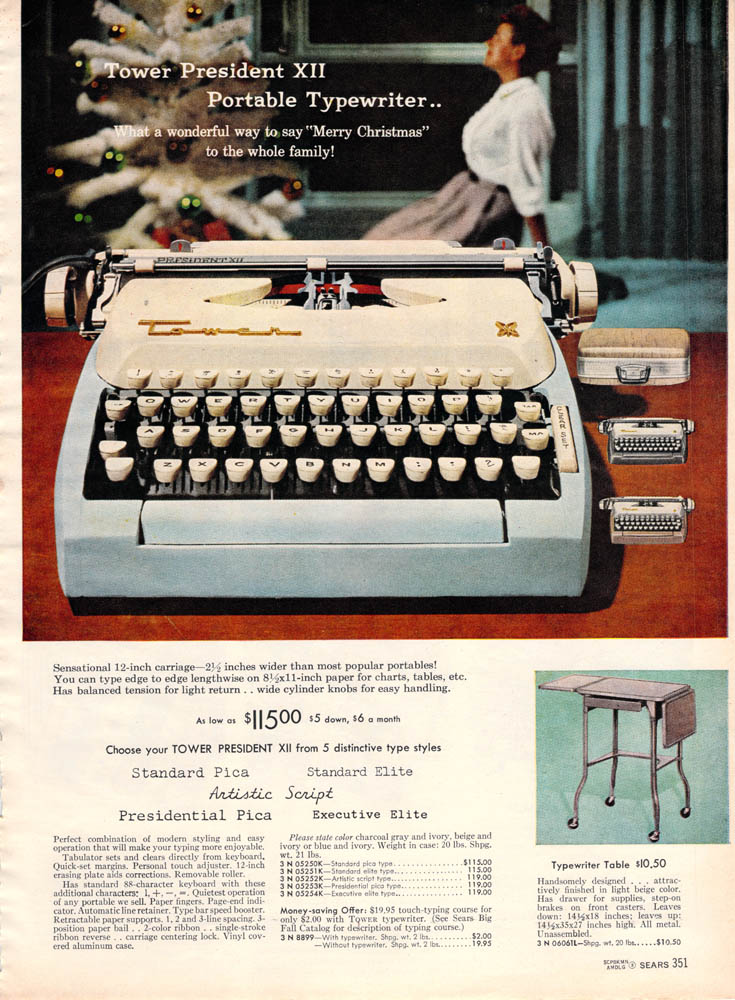 Finally! The look we want, but something's wonky: That's not a true Super-5 body or Tab-set keys. They're way too angular!

We jump ahead to 1962 where we suddenly find ourselves looking at machines that are clearly Galaxies in a different, angular shell, although the Tower Chieftain is still looking like the older-style Skyriter. Note the sweet “Attache Case” version of the Chieftain – I saw one of those last year on craigslist, but passed on it because of the rough condition. 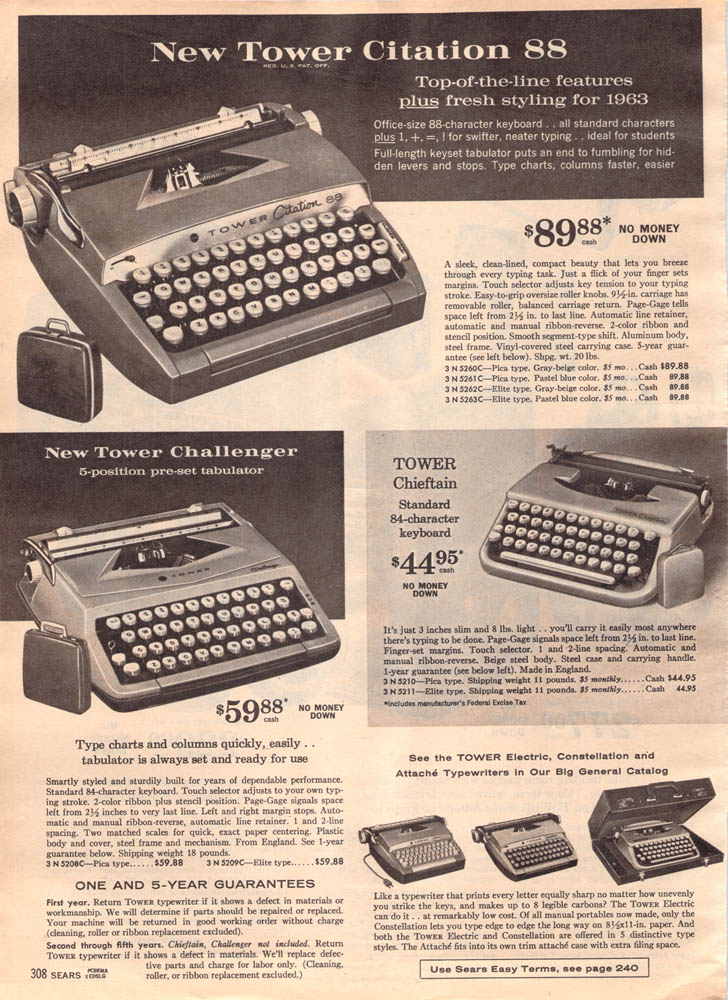 By 1964 through 1968, the catalogs no longer show anything that looks like the ’50s Super-5’s, so I’m baffled. Were the atomic-style Towers only offered in 1959, or might I find the Towers I’m looking for in the 1960-61 catalogs that I haven’t yet gotten access to? The mysteries remain.