A man of the cloth and the steel he wields
munk
From the Desk of Reverend Munk, Typewriters In The Corral
43 Comments

Give up? How about if I told you it was a weird mashup of the IBM Selectric III and the Wheelwriter? Yeah, it’s sort of a Selectric and uses a ball element instead of a daisywheel, but its brains and keyboard are pure electronic – the forerunner of the much more commonly found Wheelwriter.

As you can imagine, it was a pretty doomed machine. Heavy, over-large and absurdly delicate, I’ve only seen a couple of them ever, and they’ve both been broken in some way. This one I got from Bill at MTE, who called me and insisted I haul the thing away before he up and tossed it in a dumpster. Apparently he hates them passionately, which could tell you a thing or two about the quality and ease of maintenance. I rescued it only because of my insatiable curiosity, but I can’t guarantee I won’t shotgun the thing at first opportunity. 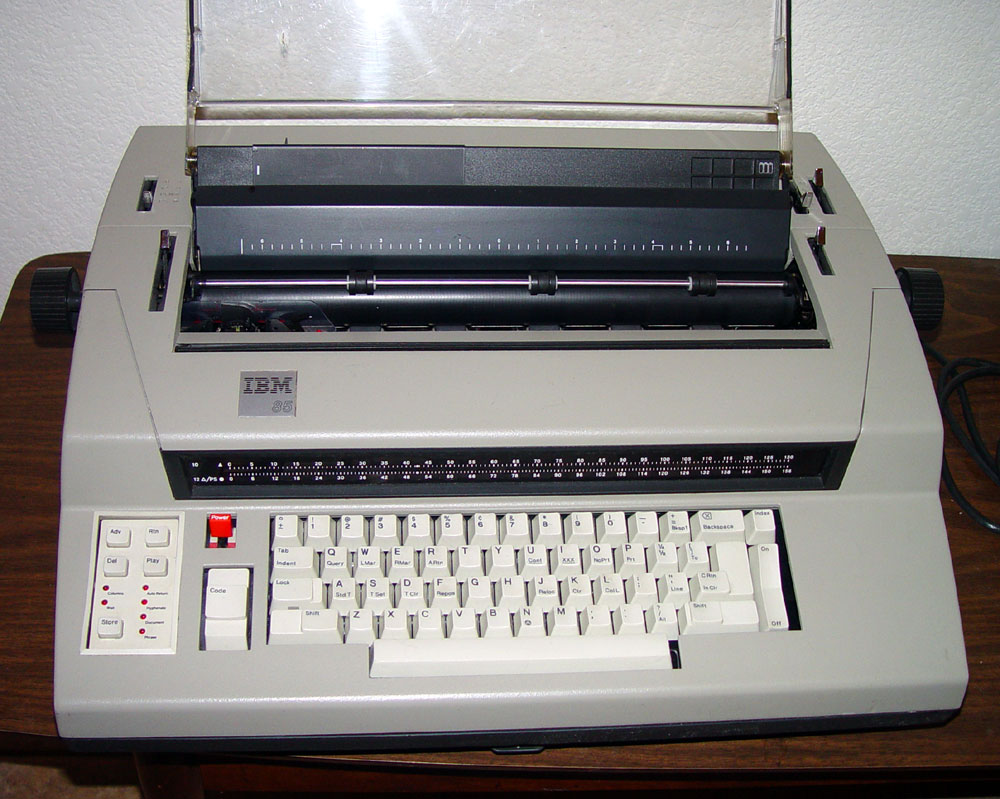 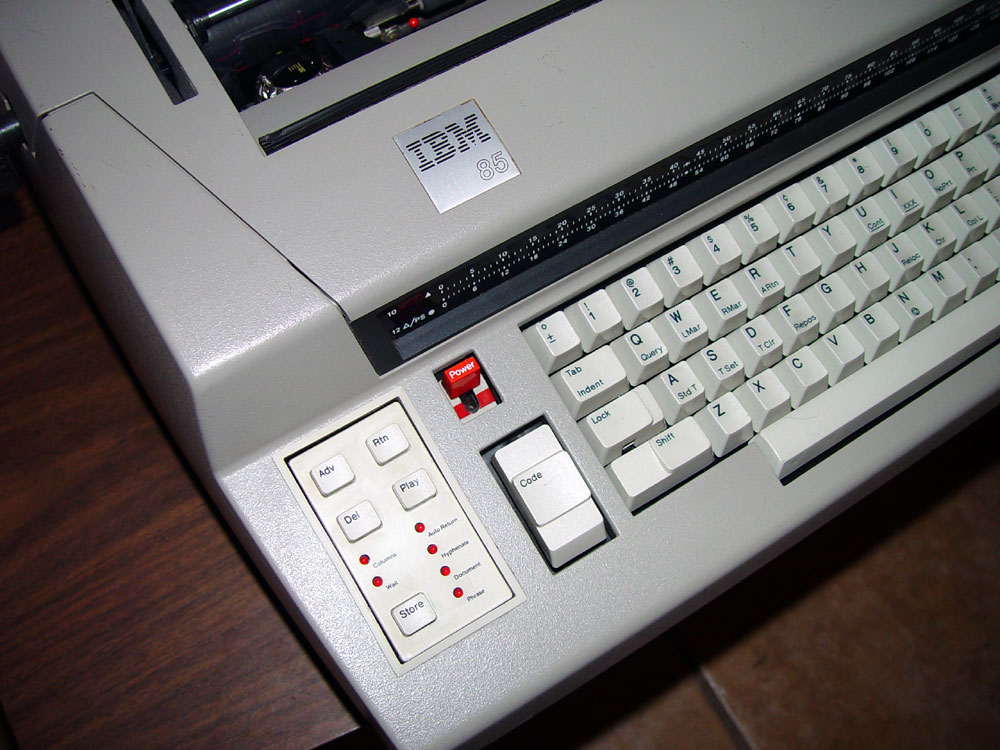 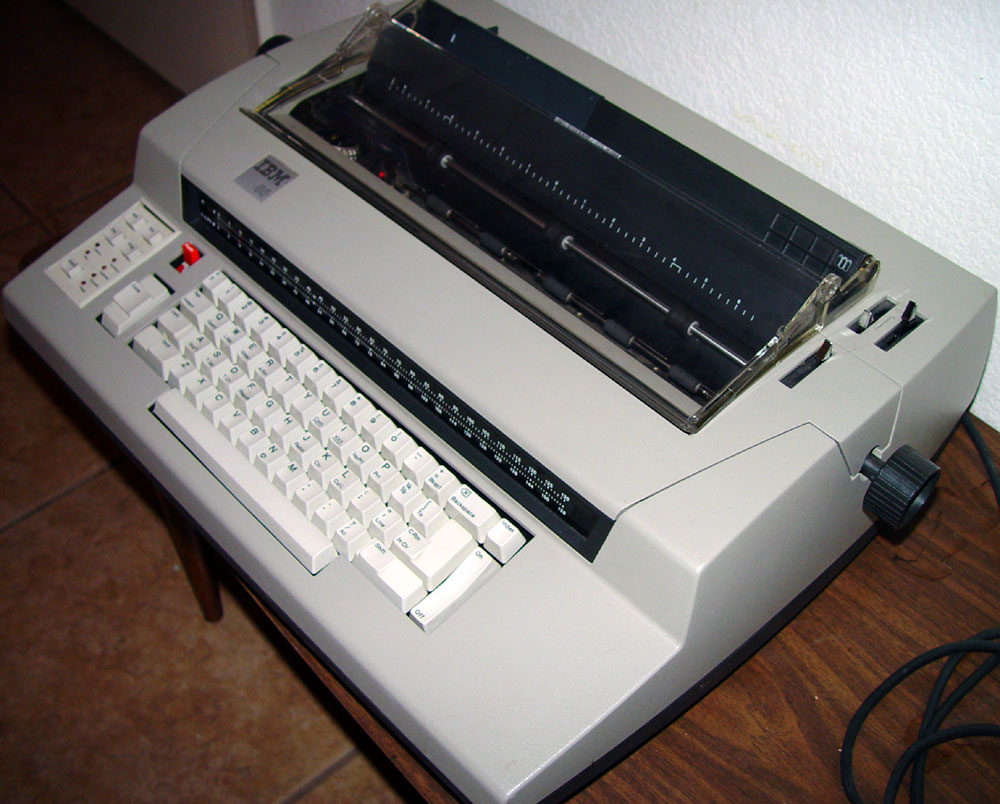 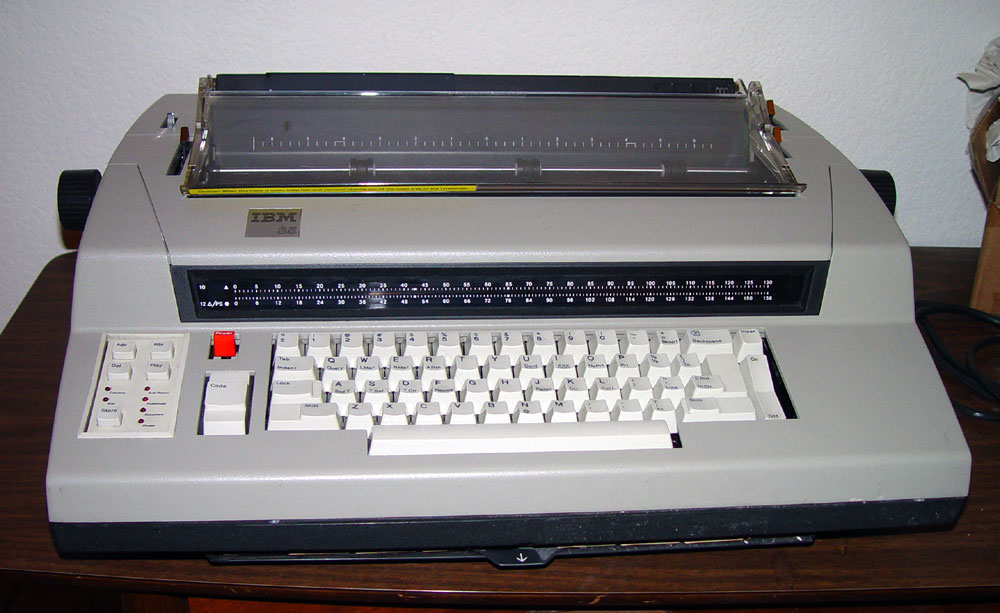