A man of the cloth and the steel he wields
munk
From the Desk of Reverend Munk, The Laptop Collection, Typewriters In The Corral
9 Comments 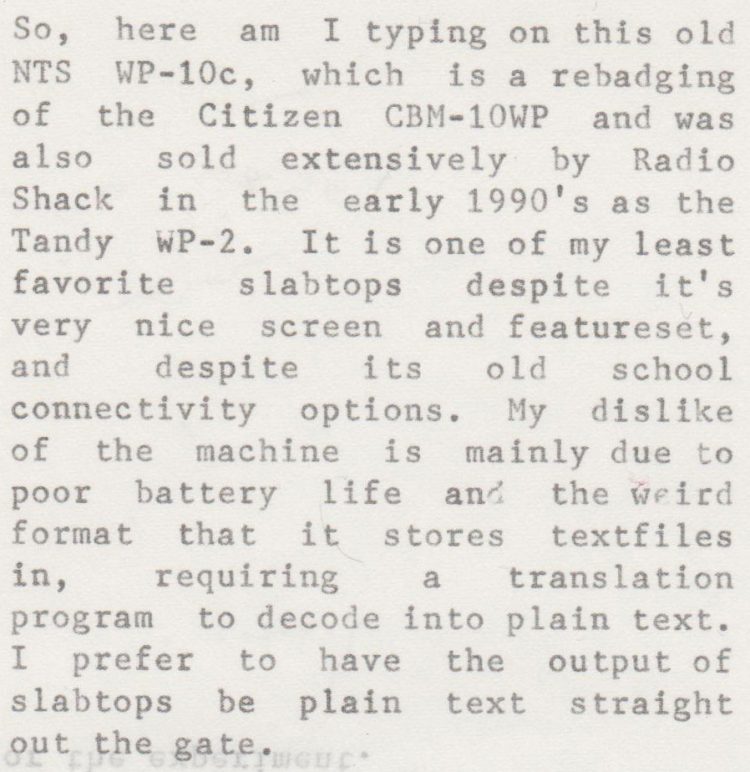 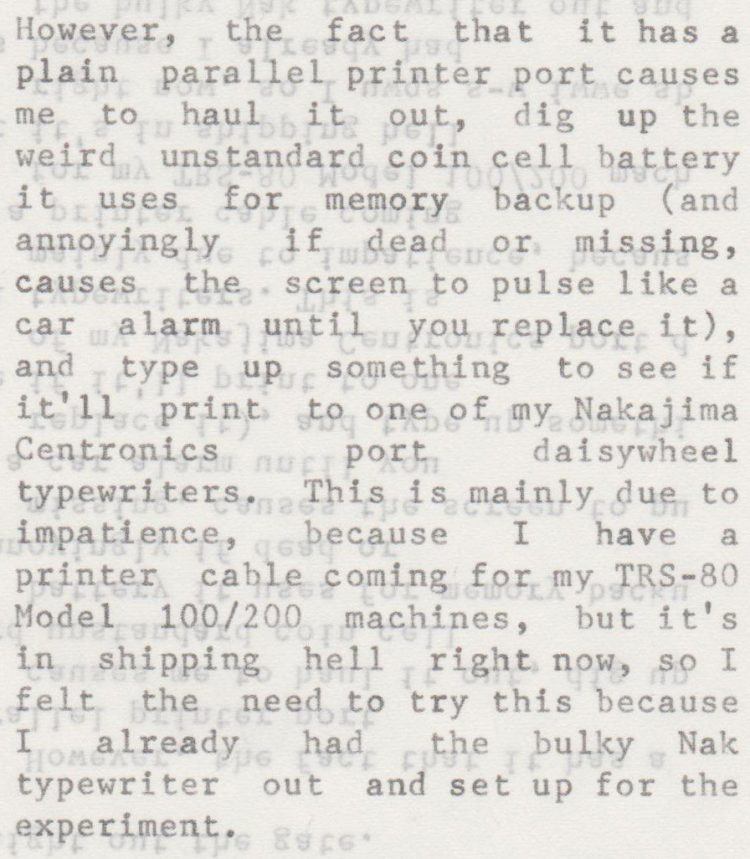 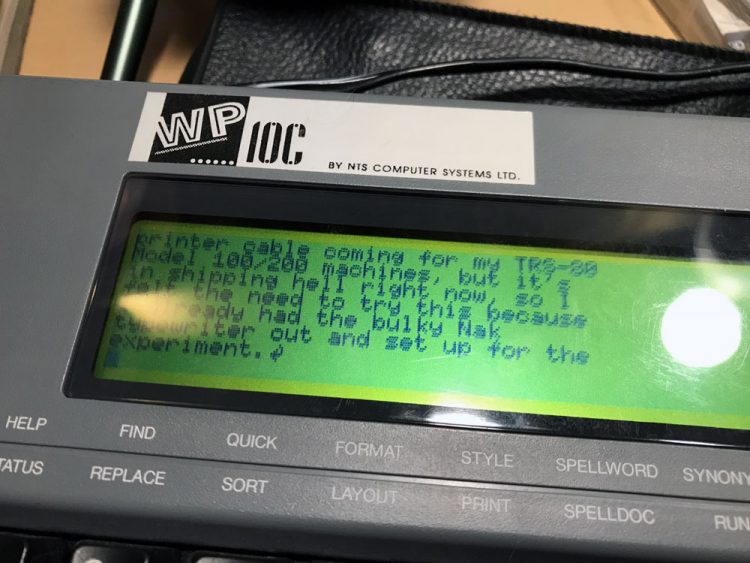 ProTip: Peel off that WP-10 sticker and it uncovers the Citizen 10WP that’s actually silkscreened onto the shell. 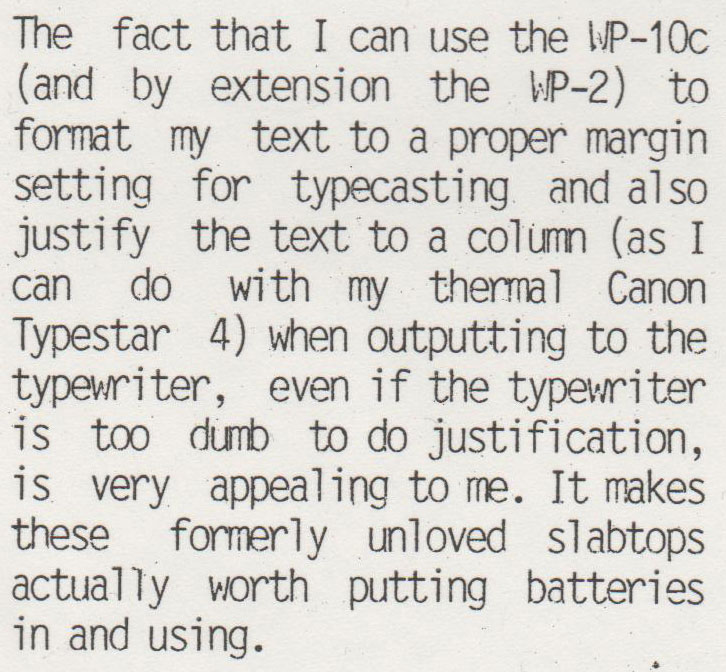 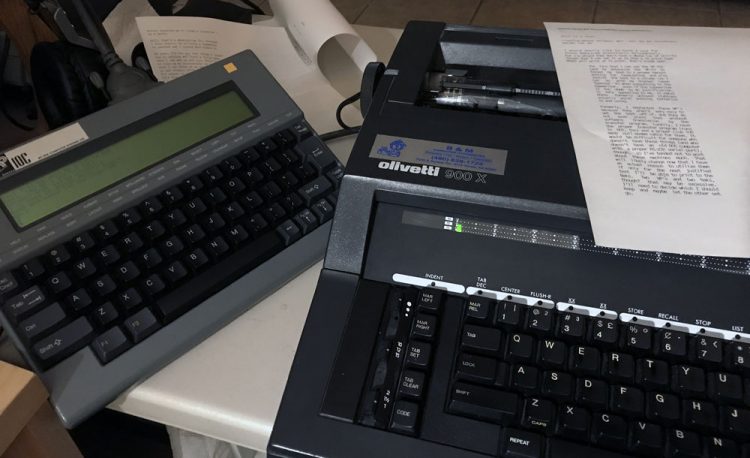 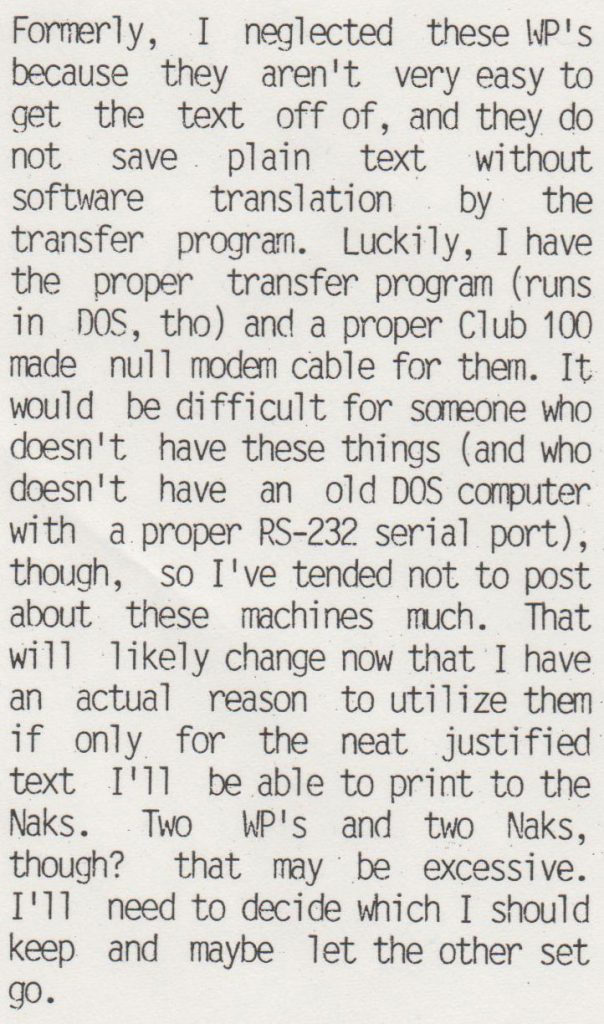 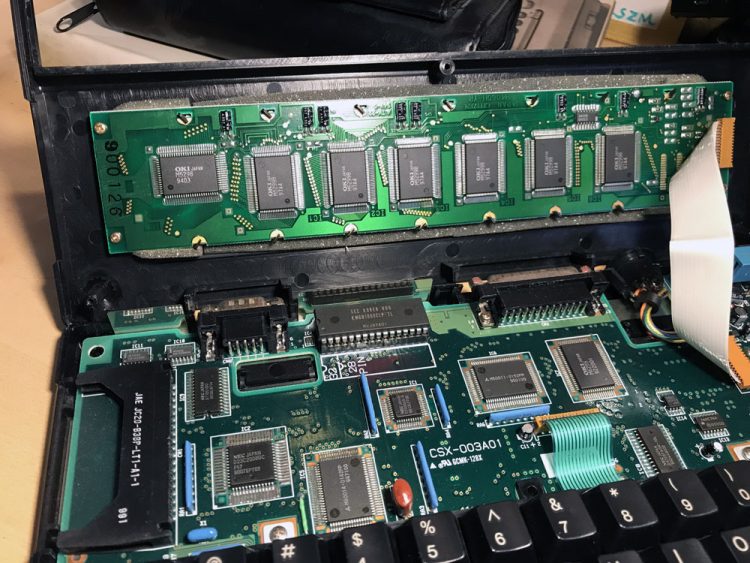 Surprise! Looks like the WP-2 also has the option 32k SRAM installed, so they *are* identical except for color and badging. I figured out that the 32K wasn’t added to the internal SRAM amount, it’s actually a secondary 32k RAM Drive that you have to switch to in the Files interface. Datestamp on the WP-2’s LCD display assembly suggests January, 1990. 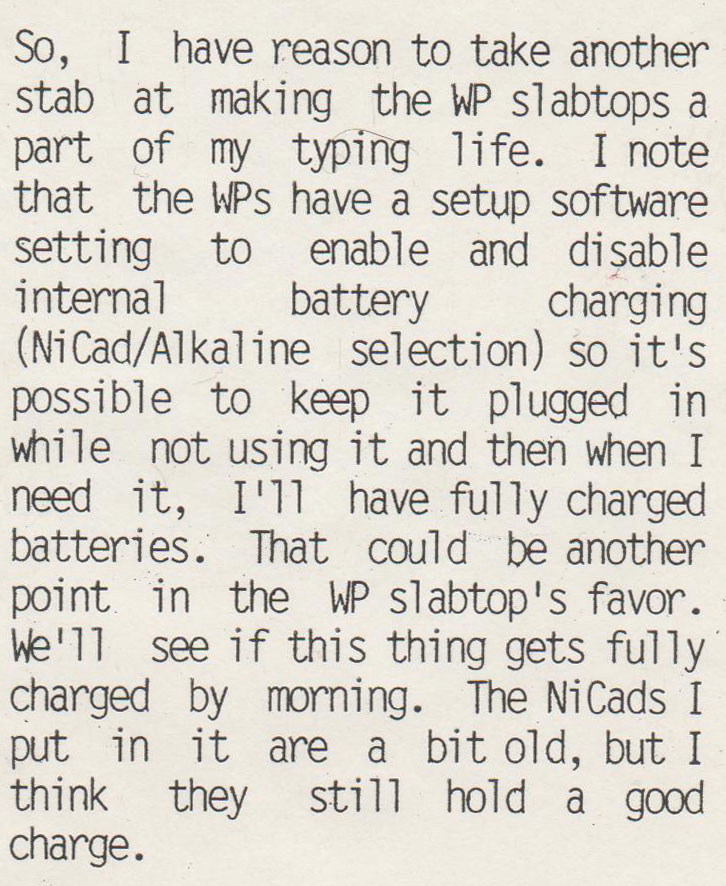 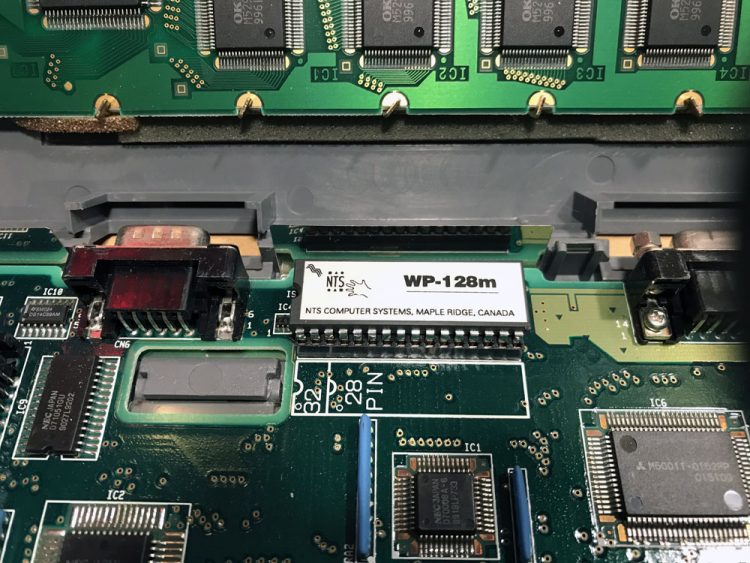 The 32k SRAM chip that was the advantage NTS’s version had over the Citizen and Tandy variations. Not a *huge* deal, as the chip was an add-on option for the other models, but in the NTS WP-10c, it came standard. There are rumors that the NTS also had battery recharging and modem capability that the Tandy WP-2 didn’t have, but that isn’t true. The Tandy one has the exact same featurset. 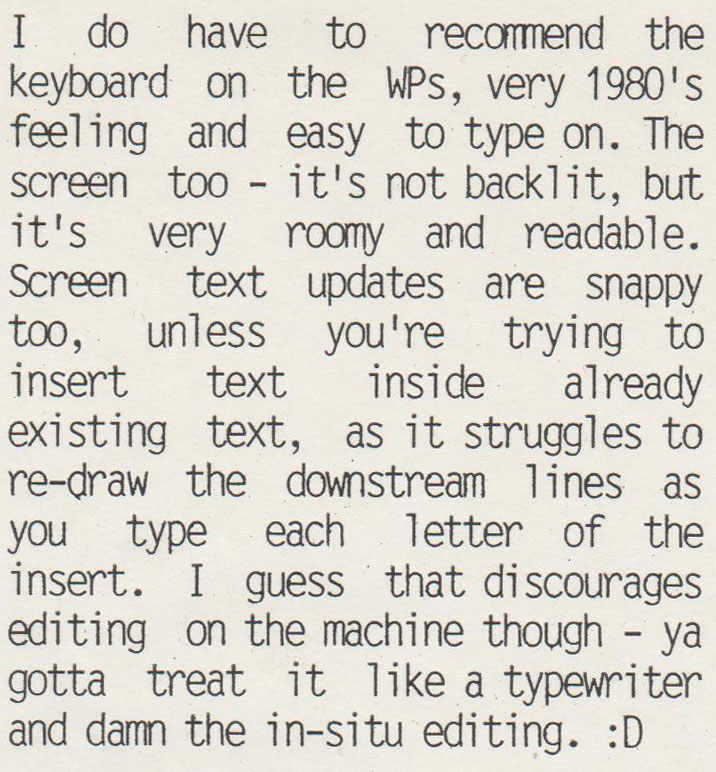 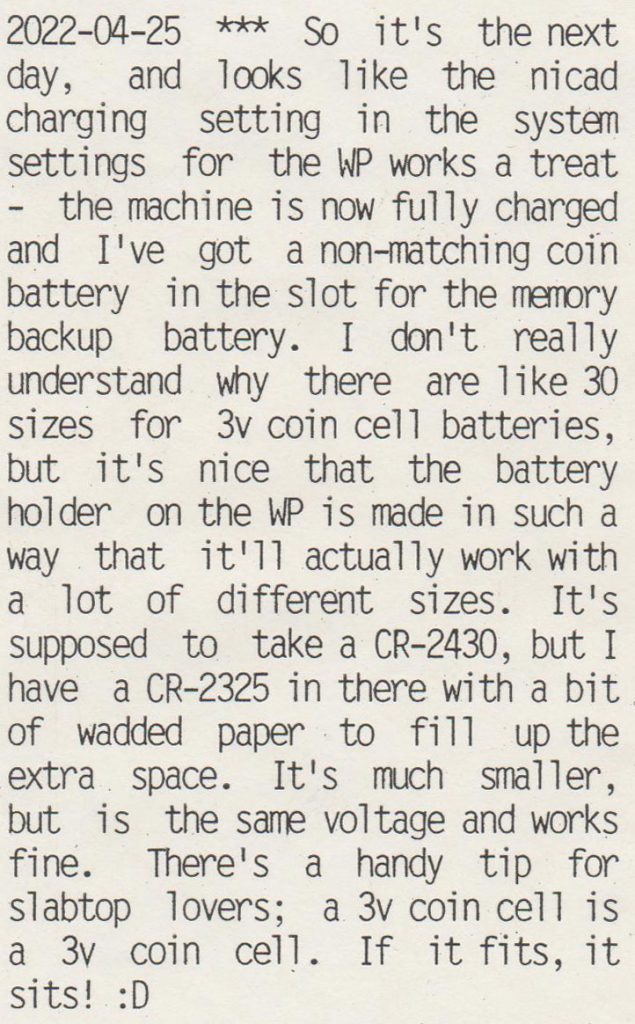 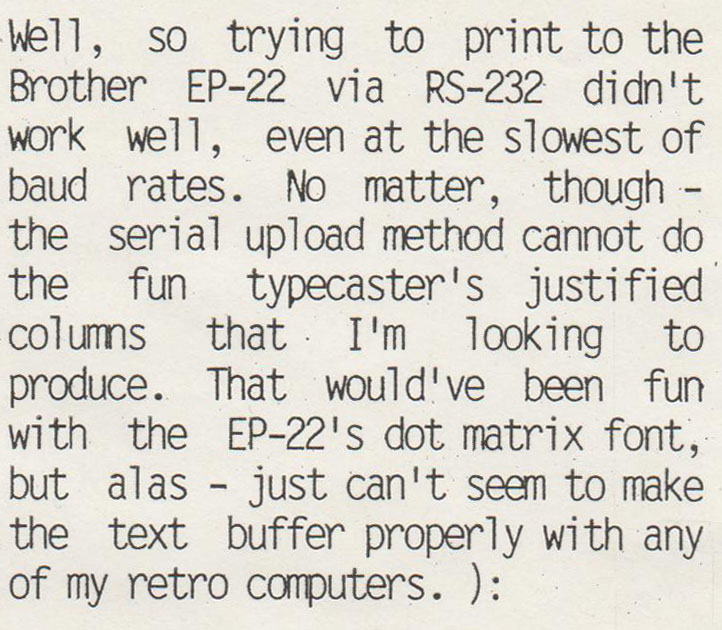 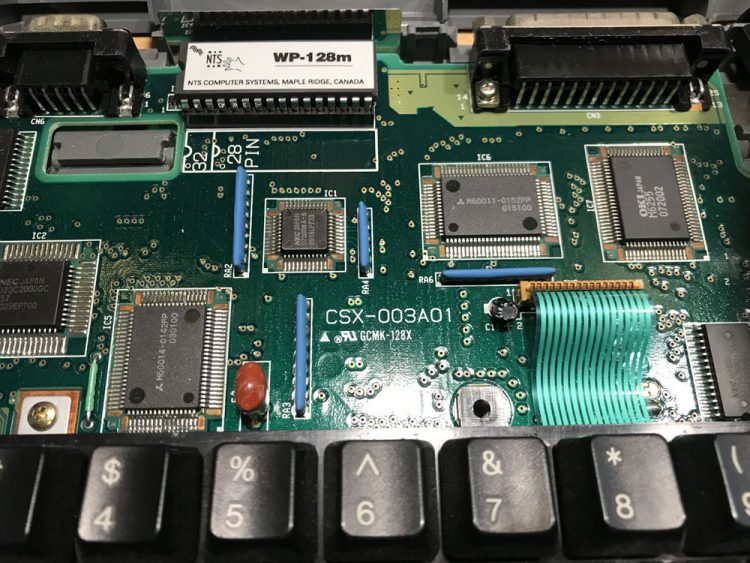 I couldn’t get WP2DOS to work on my DOS machine, but I could save files to the DOS machine via TS-DOS and DeskLink. The downside is that you have to convert all of your WP files to ASCII inside the machine prior to saving them to a computer you can actually use to access the files. It’s tedious rote. I may not be using a DOS version old enough for WP2DOS, I’ll have to try some things out to get the right software running on the Dos Box. 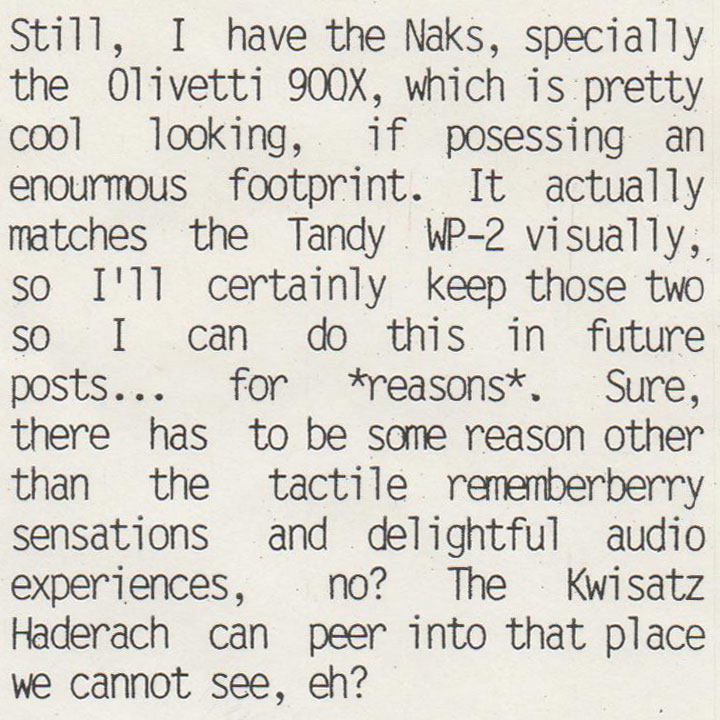 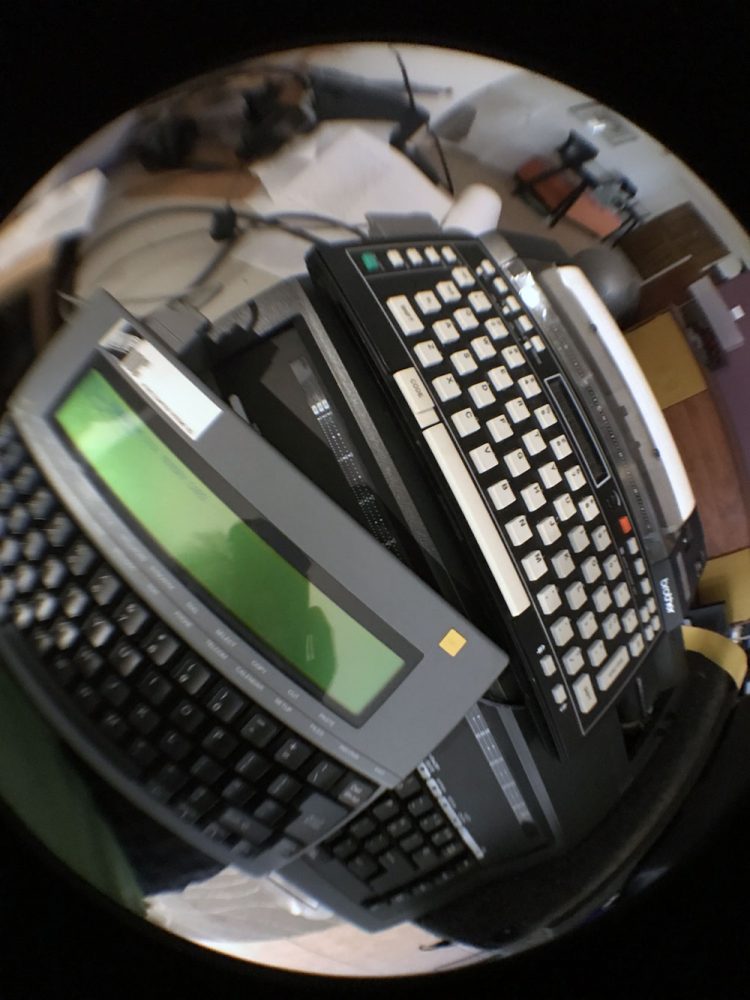