A man of the cloth and the steel he wields
munk
From the Desk of Reverend Munk, Typewriters In The Corral
2 Comments 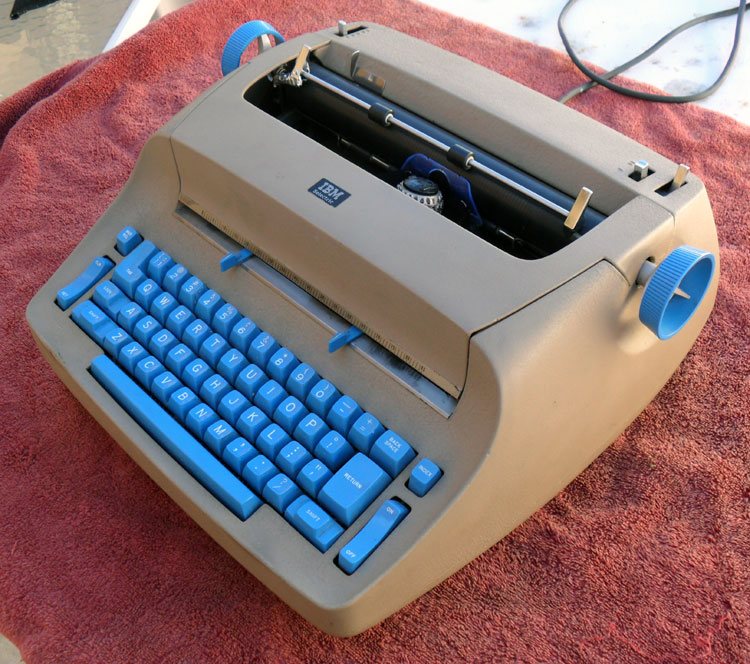 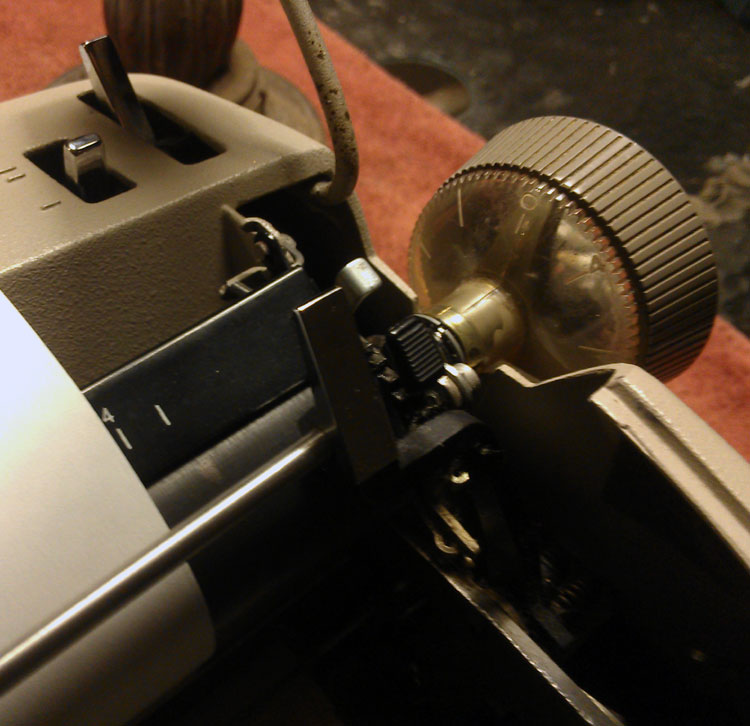 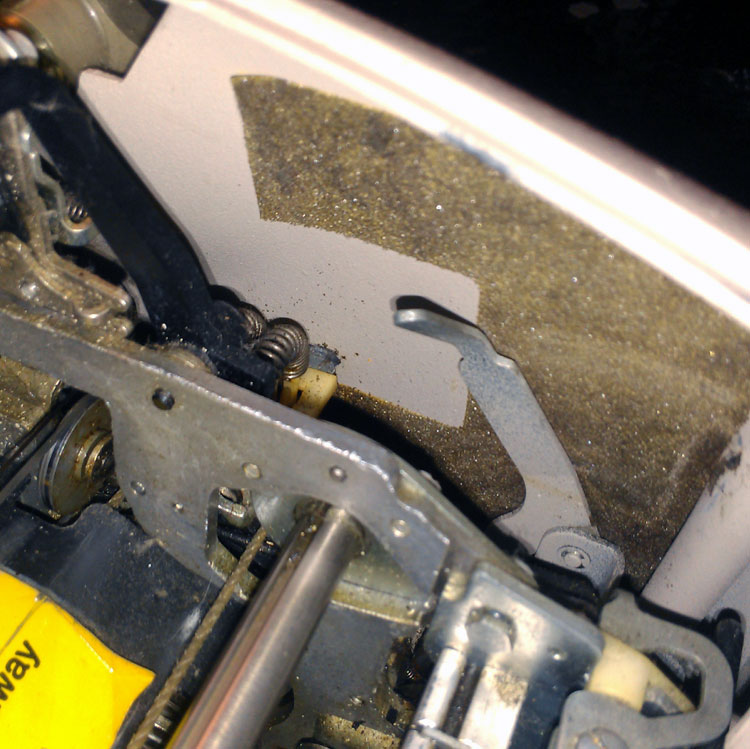 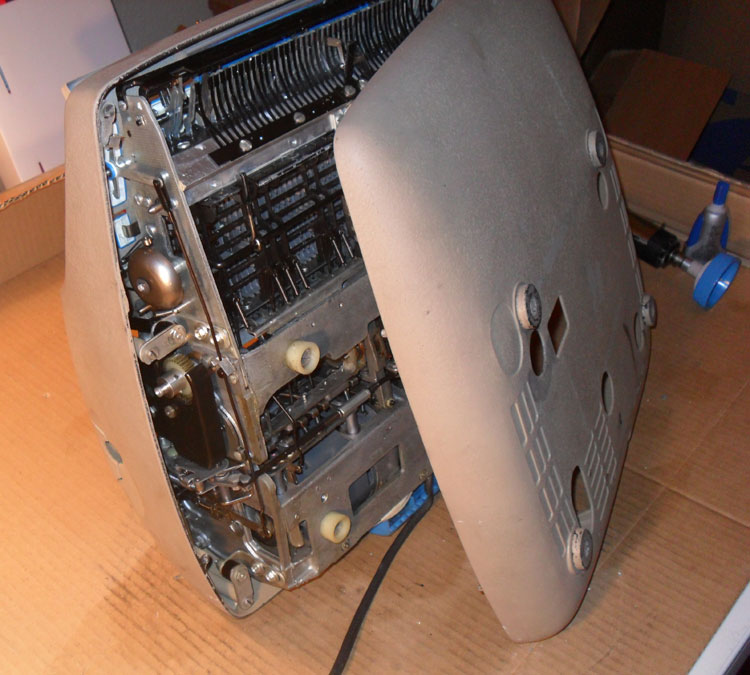 To open up the 1963 721, you flip it on its back and first pull off the bottom cover. It’s held on by friction clips. 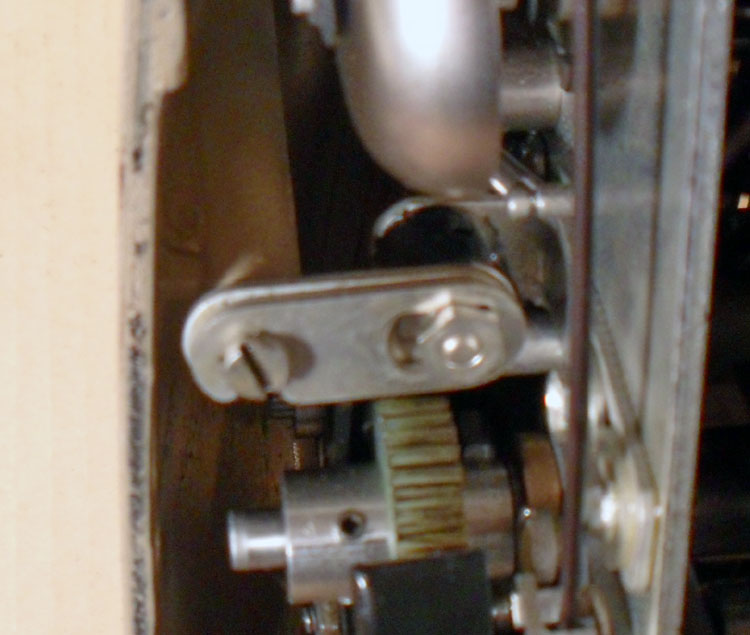 Then you loosen (not remove) the 4 screws that look like this, and slide open the latches. 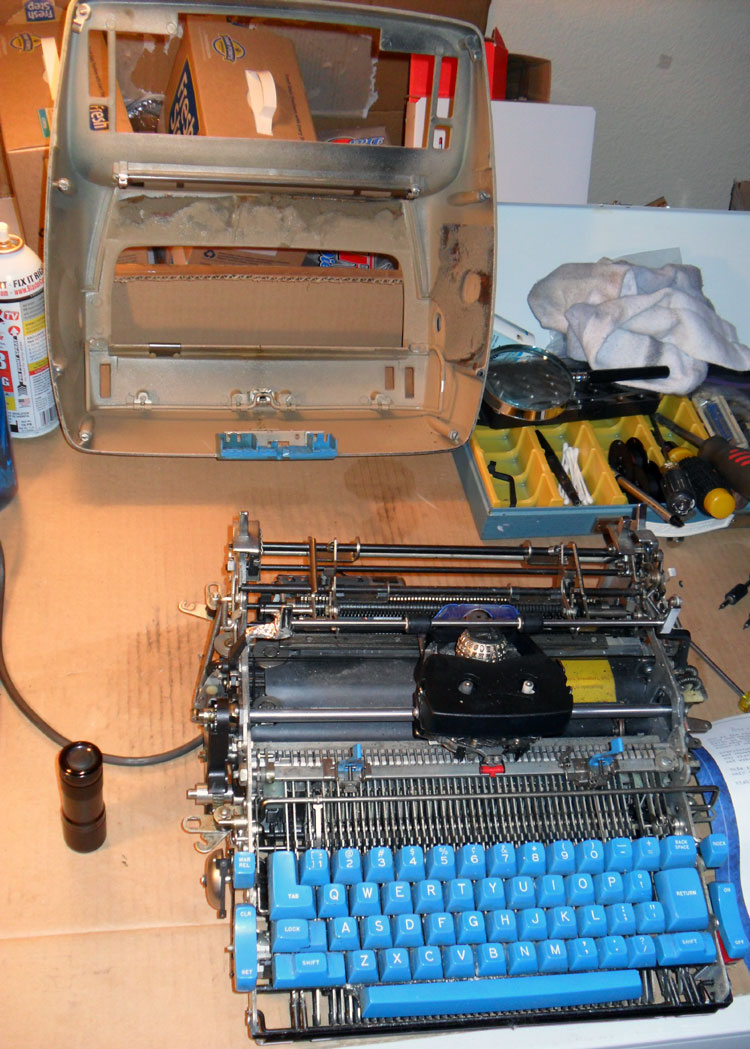 Flip it back right side up and lift off the top cover after removing the carriage, platen tray and feed rollers, and flipping up the margin set levers. 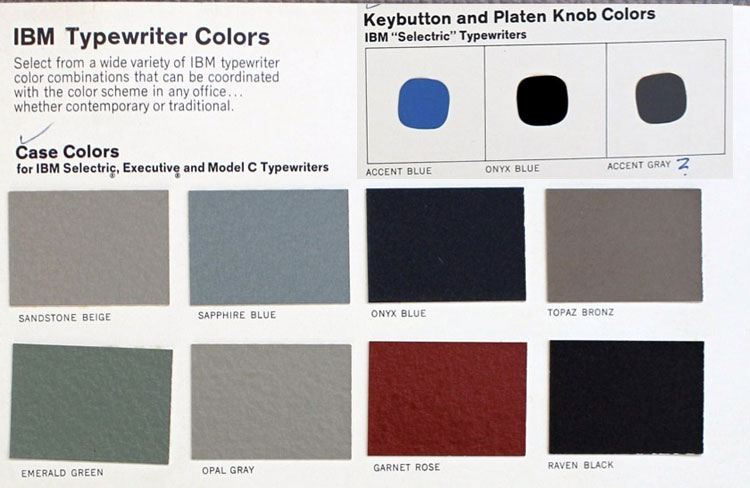