A man of the cloth and the steel he wields
munk
From the Desk of Reverend Munk, Model T Computing, The Laptop Collection
7 Comments 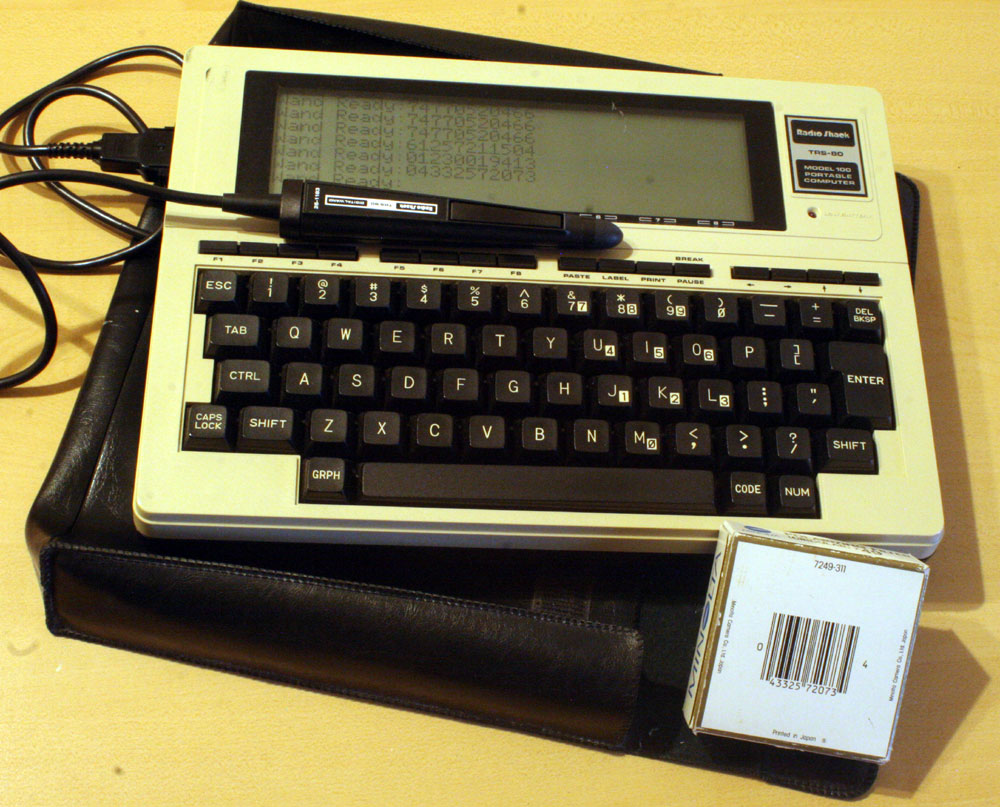 I admit I’ve been obsessing over my old Model T computers this past week or so. I finally did dig up my Null Modem cable and got the little laptops talking to the PC again, and I also dug up my old cassette software for the T100/200. I’ve sampled them all to digital WAV files and tested it all – not a single failed LOAD. Not bad at all for 30 year old data tapes and a worn out tape deck. I guess I underestimated the old CCR-81. 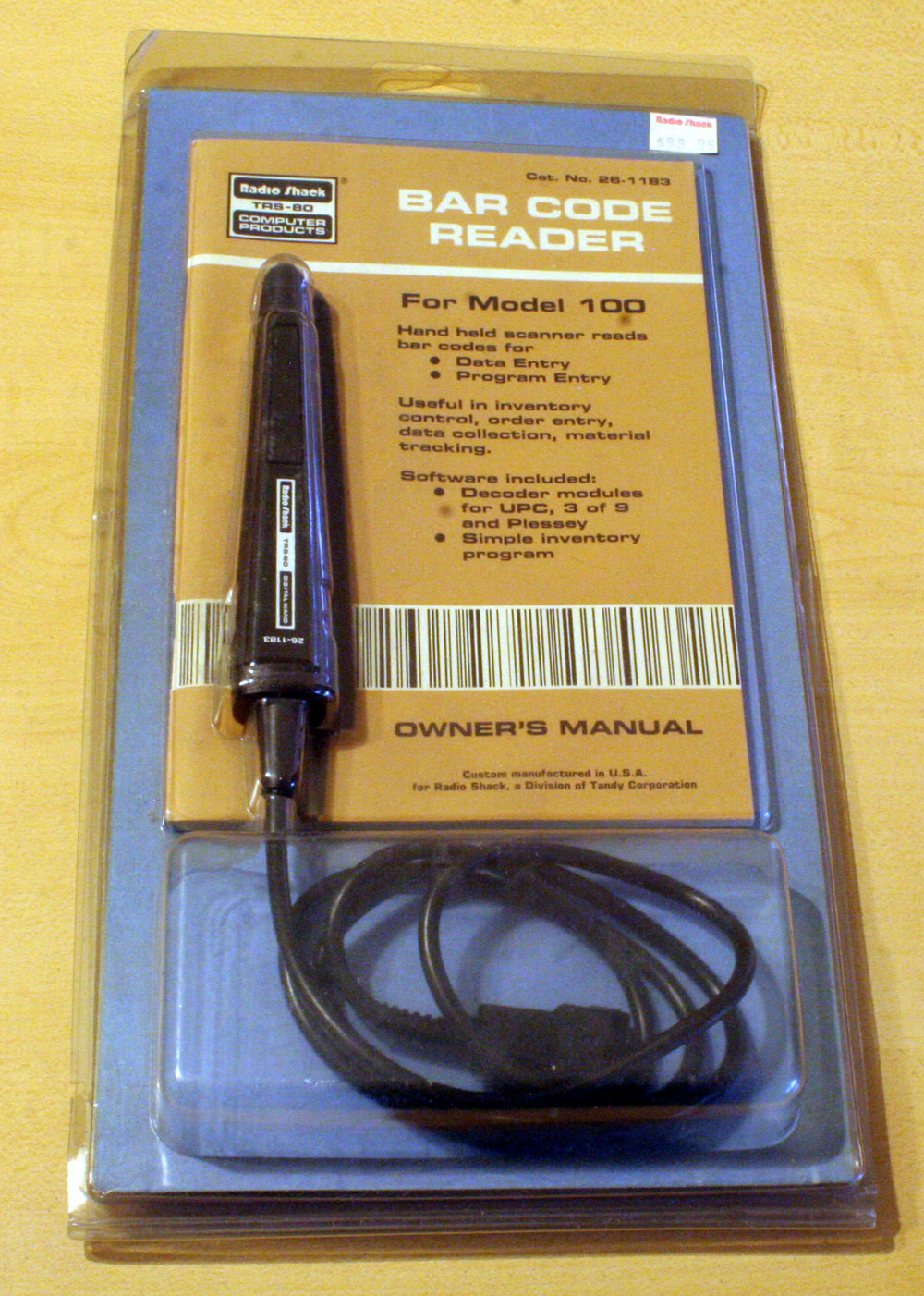 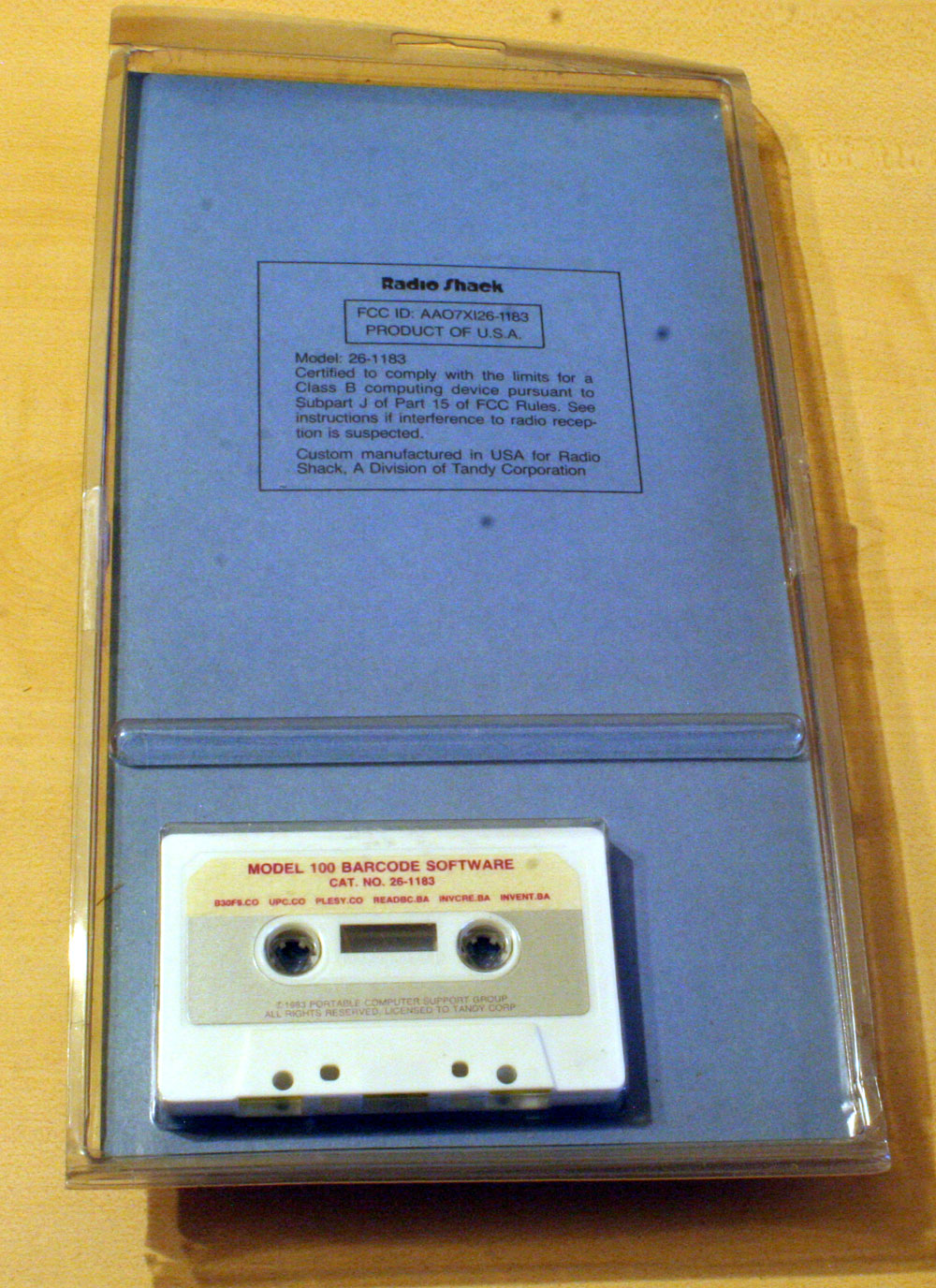 Anyway, one thing I dug up was the manual and cassettes for my #26-1183 TRS-80 Bar Code Reader wand. One of my very favorite accessories for the Model T’s, in fact – I used it to turn my Kyocera Kyotronic 85 or Tandy 200 into a mailing list* collecting cash register for use at my band’s merchandise table. The BASIC program I wrote to do that is long lost, but it basically took the customer’s name and address as input (or they could just hit ENTER if they didn’t want to join), and then I’d scan in the 3of9 barcodes on the merch they’d selected and the computer would show the total. When they’d paid, I’d scan a “reset” bar code which would tell the program to log the customer’s order and contact info to a textfile and reset the loop for a new order. Very handy, and in the late 80’s it was a big curiousity draw to have a portable computerized order taking system. People would buy stuff just to see it work. :D 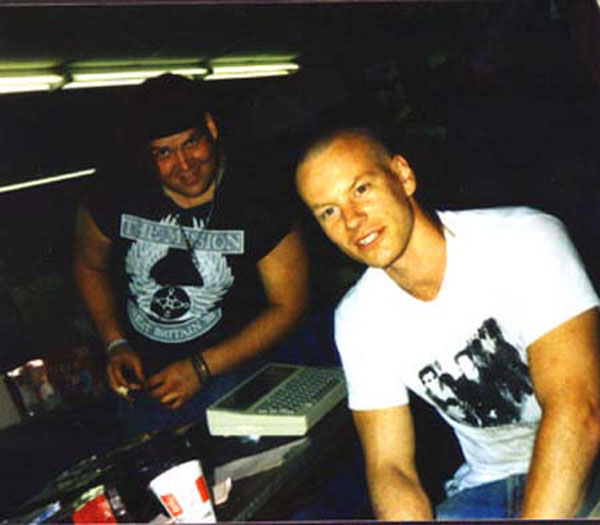 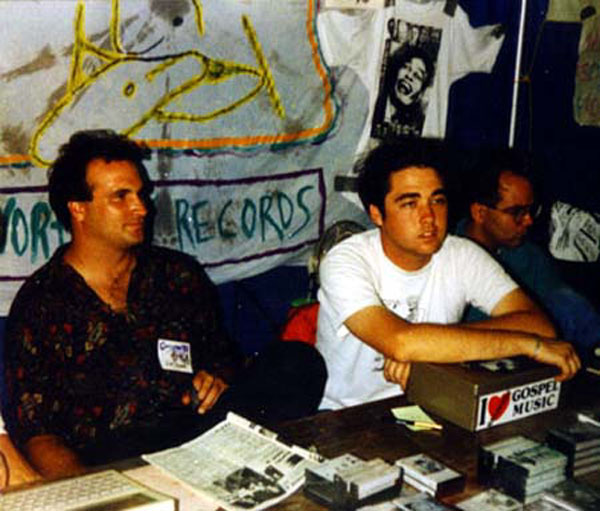 I lost the actual bar code reader wand sometime in the 1990’s, but retained my manual and cassettes. This week I missed my BCR enough that I broke the rule about eBay and I found one new in the packaging with a 99 cent starting bid. I won with that 99 cent bid: 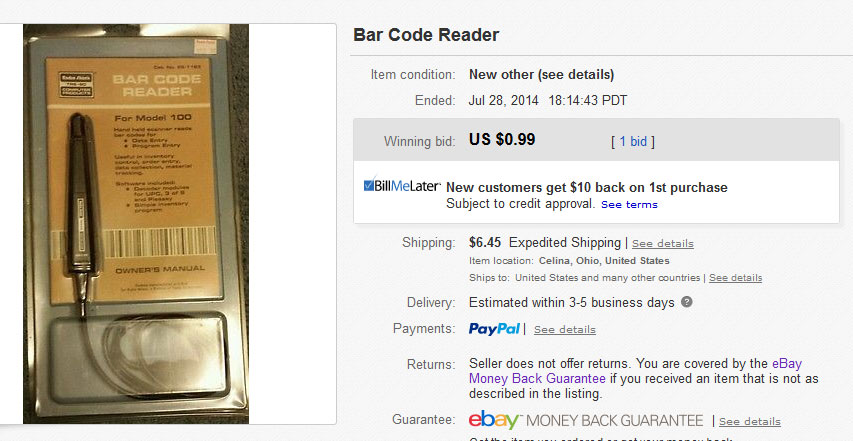 Note however that the packaging says “For Model 100”, and the cassette included contains only Model 100 drivers and the manual only tell you how to load the drivers onto a Model 100/102. How did I make it work on a Kyocera 85 and a Tandy 200? Well, it wasn’t easy even back when the machines were all still in production. Here’s how:

Included in this zip file:

1) Directory BCR100: contains drivers and example programs from 26-1183 driver cassette included with Bar Code reader wand. These files can be directly loaded to your laptop via Desklink/TEENY/TS-DOS/NADSBox.

4) WAV file bcr100-drivers.wav: this is a WAV sample of the 26-1183 cassette itself. Can be used to load the programs through the cassette port to the Model 100.

5) WAV file bcr200-drivers.wav: this is a WAV sample of the 70-3407 cassette itself. Can be used to load the programs through the cassette port to the Tandy 200.

1) Use Model 100 driver cassette included with the wand (26-1183). The Model 100 BCR drivers work on the Kyo 85, and may even work with the Olivetti M10 and the NEC machines, assuming you know what the differences in the memory maps are. I presumably knew back in the 80’s what the formula was for working out the positions, and worked out the proper memory addresses for my K85, annotating my manual with the values in case I forgot them.

2) to load the binary driver (.co) files from the T100 cassette, use these commands in BASIC:

you then “save” the .co file using these addresses:

this will save the .co file to your file menu for use. replace “B3OF9.CO” with “PLESY.CO” or “UPC.CO” to load either or both of those drivers from the cassette.

1) The Tandy 200 will not work with the drivers/software that comes on the cassette included with the bar code reader itself. To get the proper drivers, you had to special order them. I doubt many people did order them, for these reasons:

a) Radio shack didn’t exactly go out of it’s way to inform anyone they existed. The Bar Code wand was consistently advertised as “For Model 100 Only” and the T200 driver cassette never showed up in any of Radio Shack’s distributed software catalogs.

c) What I got in the mail back from Fort worth was a hand-run cassette in a generic Tandy binder with a few sheets of Xeroxed “addendums” to the original manual. It was clearly a one-off product that had extremely low demand. The tape is very clear, as if it was run off directly from a computer save, and lacks the muddy sound of the mass-produced duped cassettes. It’s entirely possible that I have the only surviving copy 30 years later. :D

2) to load the binary driver (.co) files from the T200 cassette, use these commands in BASIC:

you then “save” the .co file using these addresses:

this will save the .co file to your file menu for use. replace “B3OF9.CO” with “PLESY.CO” to load that driver from the cassette. The T200 cassette does not contain the UPC driver. That was sold on yet another cassette (26-3894) which I did not get.

#################################
* The No Laughing Matter Mailing List:
If you were crazy enough to sign up for our mailing list, you’d get strange things in the mail every so often. Sometimes actual newsletters, but most often enigmatic flyers and stickers that I’d made. Here are a couple that show what my fancy handwriting looked like back then. 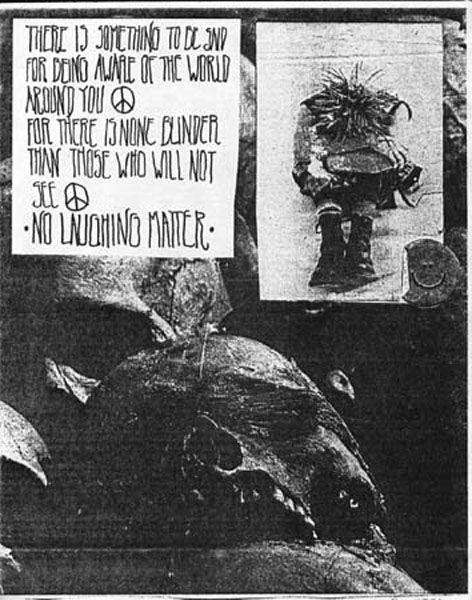 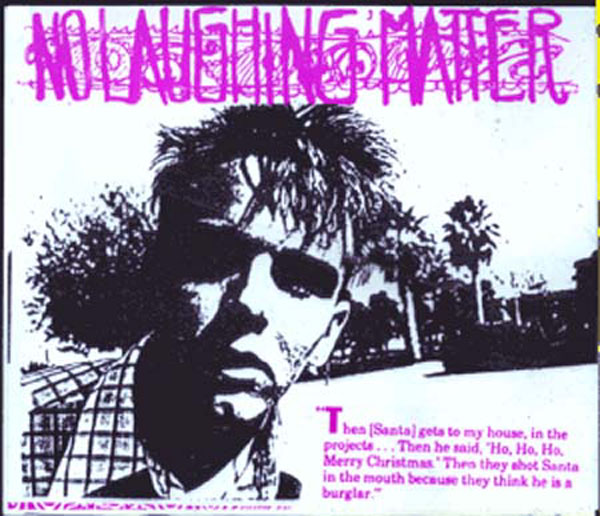