A man of the cloth and the steel he wields
munk
From the Desk of Reverend Munk, Tape Dispenser of the Month
26 Comments

Yeah, it’s been awhile since I did a Stapler of the Month, so what business do I have posting a whole new category, especially one so bereft of popularity as “Tape Dispenser of the Month”? What could possibly have elevated such a humble object to the level of making me decide that I will probably end up having a lot of them? 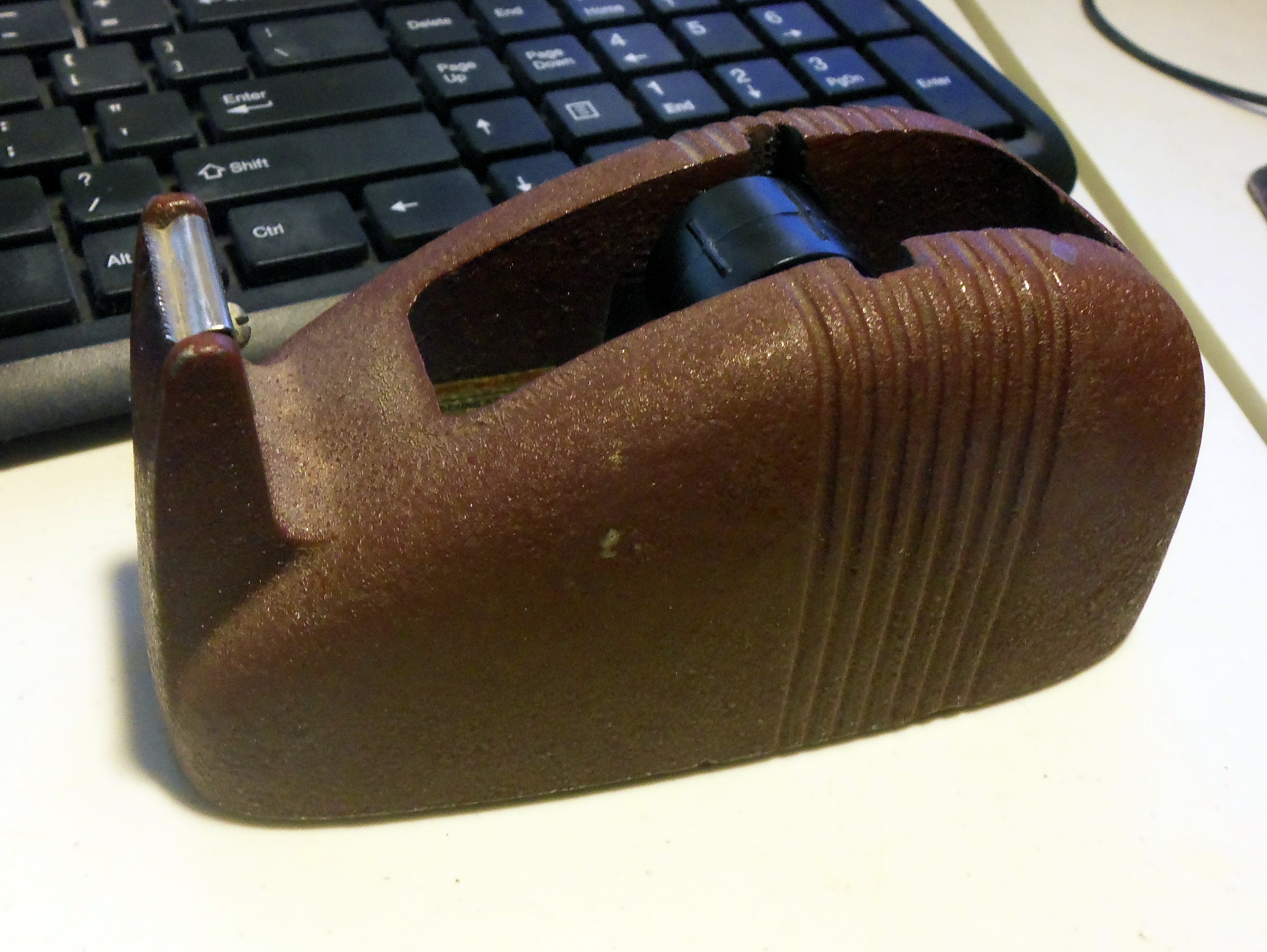 It’s actually fairly small, but heavier than any other tape dispenser I’ve seen because it’s made of pure cast iron! The thing weighs as much as a brick and has a soft rubber foot all around the bottom edge, so it *stays put* when you pull a strip of tape off it. It’s in excellent shape, nice maroon crinkle paint (now I just need a Maroon SM-3 to match, hear my plea, O Thrift Gods!) and pristine label.

I could tell right off the bat that it was a 1940’s model, just from the general “feel” and the look of the waterslide label, but further research cinched it: 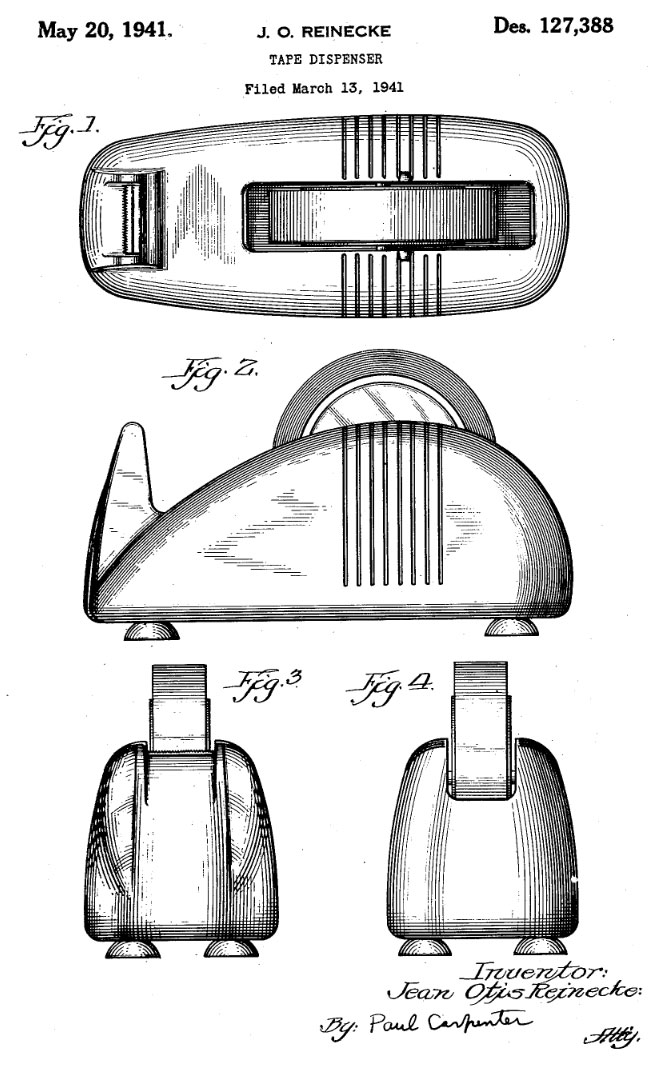 Further research suggests that this model was called the DD-1 (Desk Dispenser 1), made by 3M between about 1938 until it was replaced by the silver C-20 model around 1954. If so, the design was only patented 3 years after it was introduced. 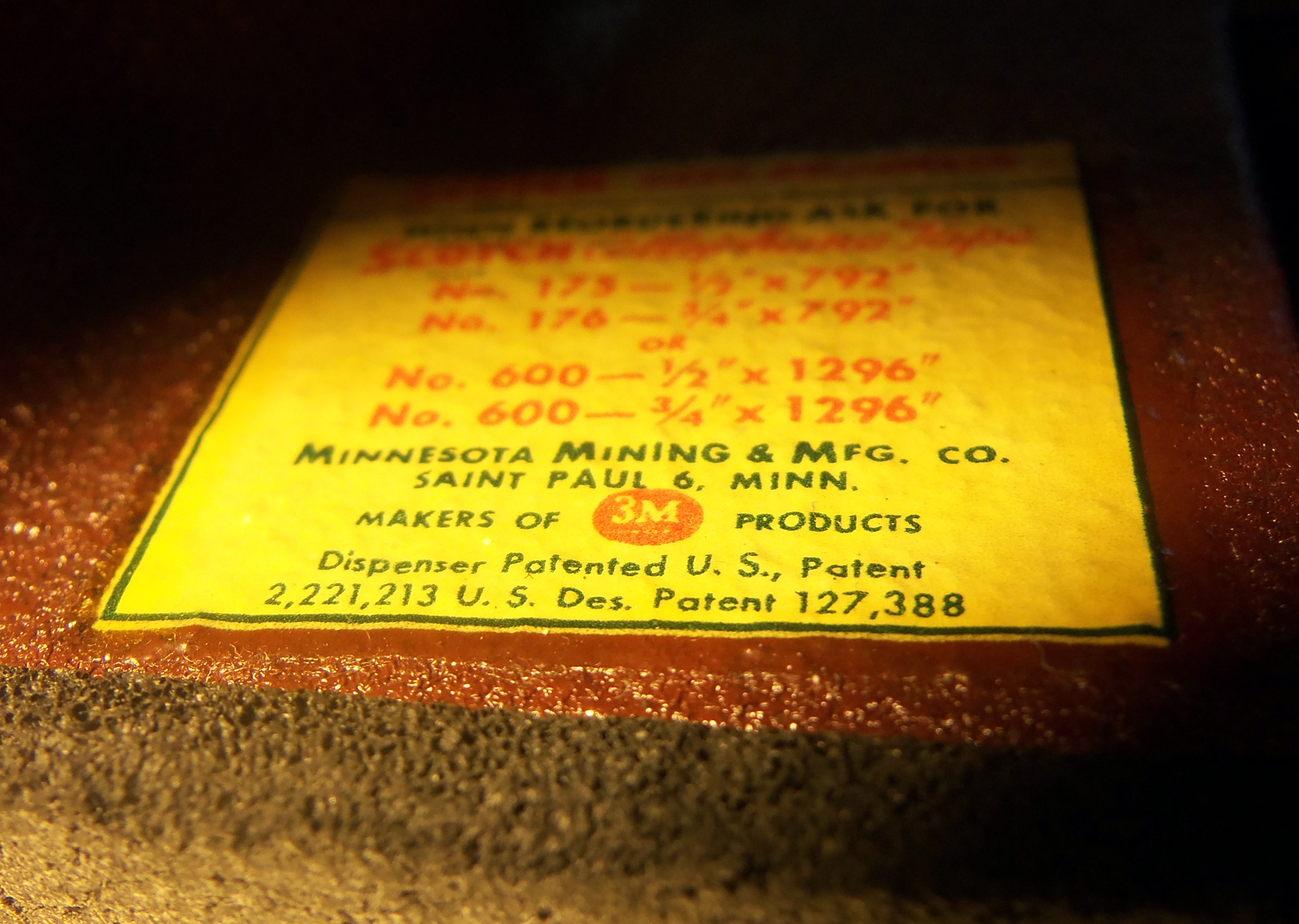 The address and logotype on the waterslide label seems to suggest that this is a late-40’s model, so it’s really in fantastic shape for its age. Not too bad for a buck-fifty! (: 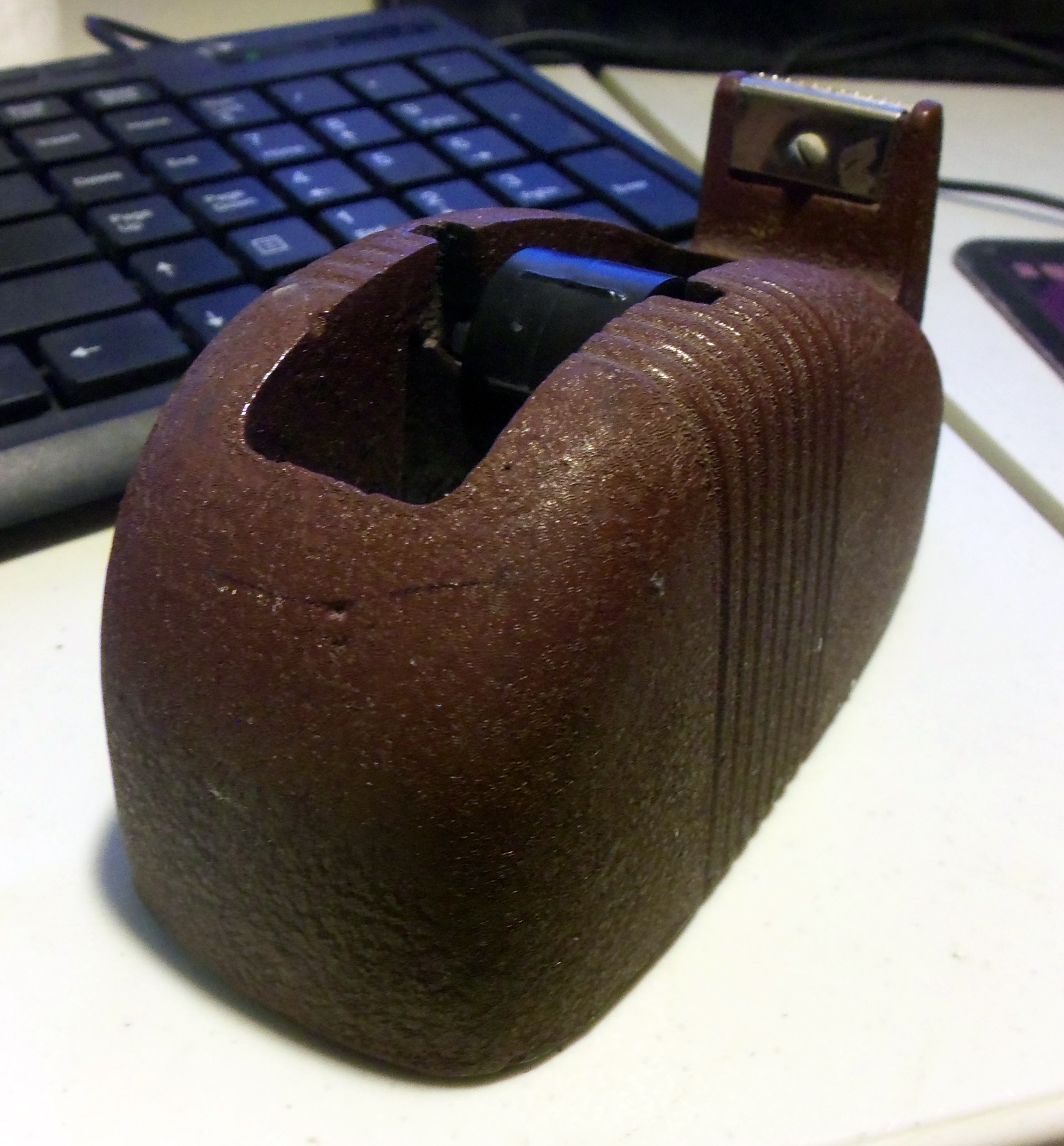 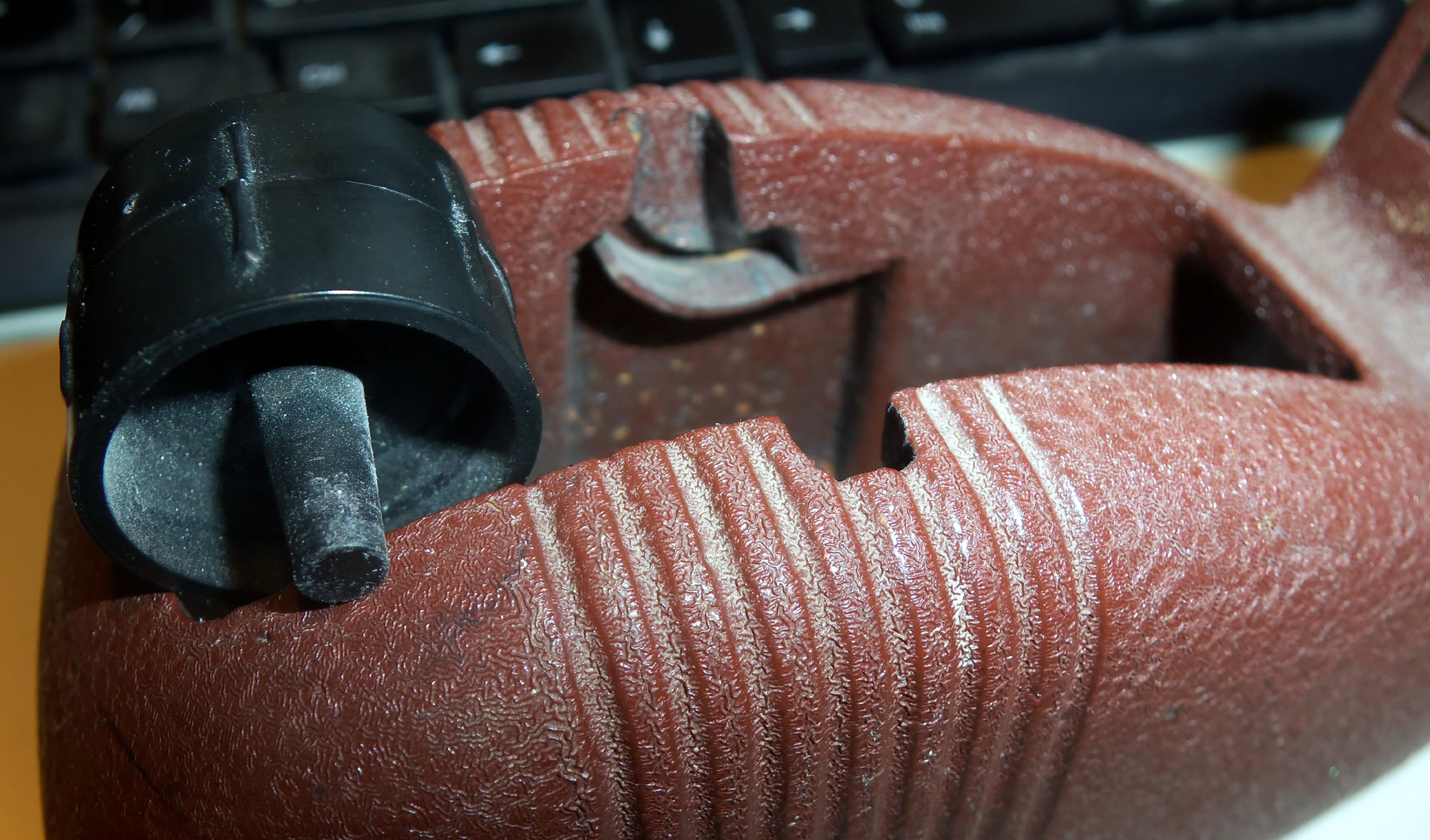 I have to confess, I have a few vintage tape dispensers, so it’s not like this comes out of nowhere. Hopefully, it won’t get as bad as my Stapler collection: 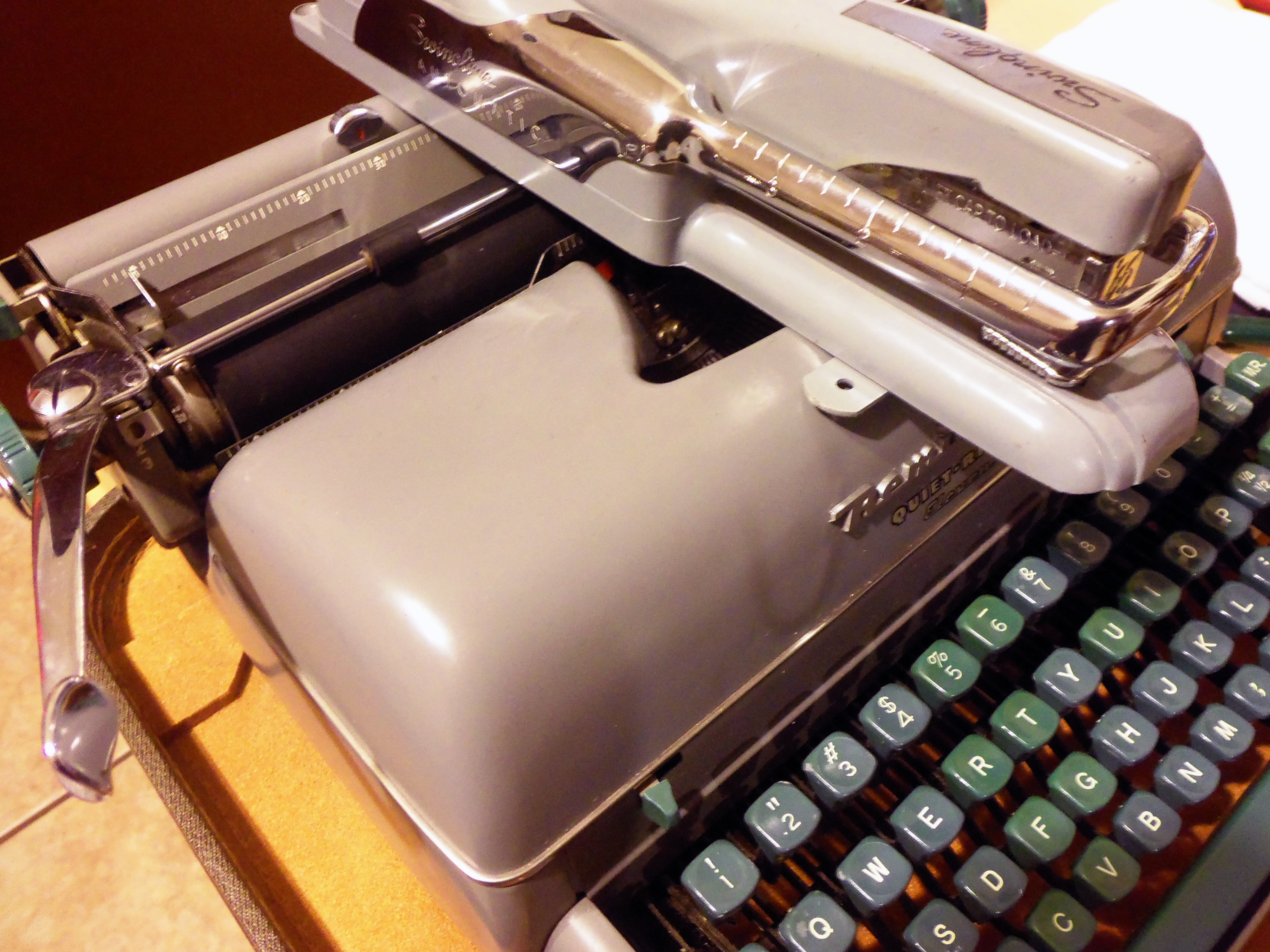 Okay, so I have staplers that match my typewriters. sue me :D