A man of the cloth and the steel he wields
munk
From the Desk of Reverend Munk, Thrift Store Photo Gear
Comments 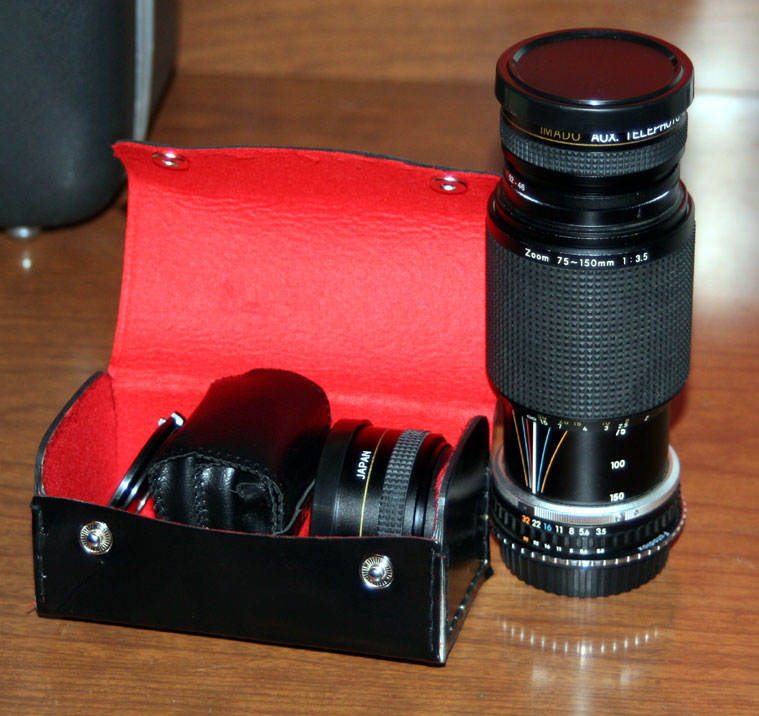 I got the adapter ring that allows me to attach these filter-thread-mount Hi-Matic AF lenses I picked up last week to my Canon lenses (well, actually, every lens I have with a 52mm filter thread, which is maybe 5 or 6 of them), and gave them a try. The results were unexpectedly tame, as these lenses are meant for a camera with a much smaller lens opening, and I expected the results to be mightily distorted. These weird lenses turn out to do pretty much exactly what they say they do, and pretty well to boot. At least the wide-angle adapter does:

here’s 3 shots, all shot with the 50mm Canon “nifty 50” prime 50mm – the first is with the Telephoto screw-on adapter, the second is with no adapter at all, and the third is with the Wide-Angle adapter screwed on.

The Telephoto adapter does get you a bit closer to the subject, but at the cost of some dimming of the colors. I was fairly unimpressed, but I could see it being useful maybe on a long focal length lens to boost the range by a little. Both lenses work best when attached to lenses with a focal length greater than 32mm (which is most of the lenses I have).

The Wide-Angle adapter really works pretty well, stretching the field of view of your master lens by maybe 10 degrees or so, and actually seems to make the color pop a little more. I think this one will get some use in situations where the 20D really could use a little more FOV. I currently lack a good dedicated wide-angle lens, and this could help fill that gap.

Within limitations, of course – I worried about the distortion that could occur with these adapters and it does show up, but only on lenses with a shorter focal length than 50mm. for instance, this shot at 28mm focal length really starts to show the edges of the smaller lens and produces the expected planar distortions, resulting in an interesting fisheye-ish effect with the edges fading to black: 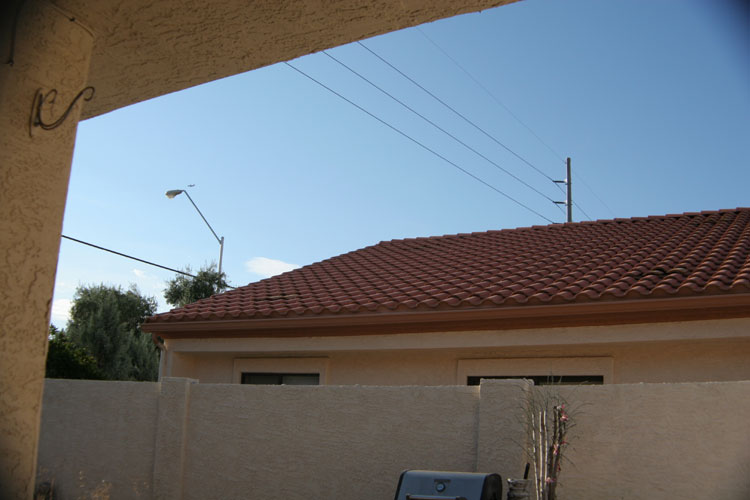 still, not nearly as wacky as I feared it would be. All in all, worth the $5 I spent on the lenses.

I stopped by a Goodwill today while running around, and found a couple of very nice tripods, one still in the box, and encountered the tiniest, cutest SLR I’ve ever seen. Imagine that you took a full-manual SLR and shrunk it to 1/3rd size, and you’ll get an idea of the Asahi Pentax Auto 110. It’s a manual SLR with all the knobs and dials of a 35mm SLR, and interchangable fully-manual lenses, and a split-screen focusing aid in the viewfinder, just like a regular 35mm SLR – except that it’s sized down to take Kodak 110 film cartridges.

Yeah, cute as a button, no? The lens (about the size of a nickel) has a fully knurled rubberized focus ring and a distance meter, just like the big boys. The pic above I stole off the wikipedia article on the camera since I neglected to take a pic of my own. The unit I found had the 24mm lens kit pictured, and also a separate teeny-tiny flash unit, both with their own leatherette carry cases. I actually picked this up and carried it around the store, but decided that I didn’t want to get involved with 110 film, so took it back to the shelf I found it on.