A man of the cloth and the steel he wields
munk
From the Desk of Reverend Munk, The Typewriter Database
10 Comments

I was contacted this morning by Enrico Morozzi, a typewriter collector in Italy who is a member of the Typewriter Database. Mr. Morozzi had recently obtained a very nice Studio 42 from an ex-Olivetti employee, and the typewriter was accompanied by a sheet of paper which he kindly re-typed out and sent to me, along with a few notes he’d made from his conversation with the employee. I’ve gone over the sheet he sent and have found it to be quite enlightening regarding the very earliest Olivetti numbers.

Additionally, if we accept this new info as being directly from the factory (the source of the info and the specificity of the numbers lead me to believe it probably should be considered a Primary source), it would supercede the sources we have been using for Olivetti numbers (Secondary sources such as #13 & #24  “Liste der Herstellungsdaten deutscher und auslaendischer Schreibmaschinen”). This is important because of *one thing*:

The Secondary sources (#13 & #24) claim the numbers are “Jan 1” numbers, and this new Primary source claims the same numbers are “Last Known” or Dec 31 end of year numbers. This is an issue I’ve run into before, and if we accept the validity of these new numbers, it suggests that *all* of the Olivetti numbers we currently have should be considered “Last Known” or Dec 31 numbers instead of Jan 1 numbers. That would mean that every date we have is basically off by one year. *sigh*

Before I go changing the page to reflect this, I’d like to have some discussion about it first.  Please let me know if you thing this logic is flawed, and if so, why? Please comment below, and maybe we can sort it out together.

Here are my highlighted notes that I made this morning (click to embiggen): 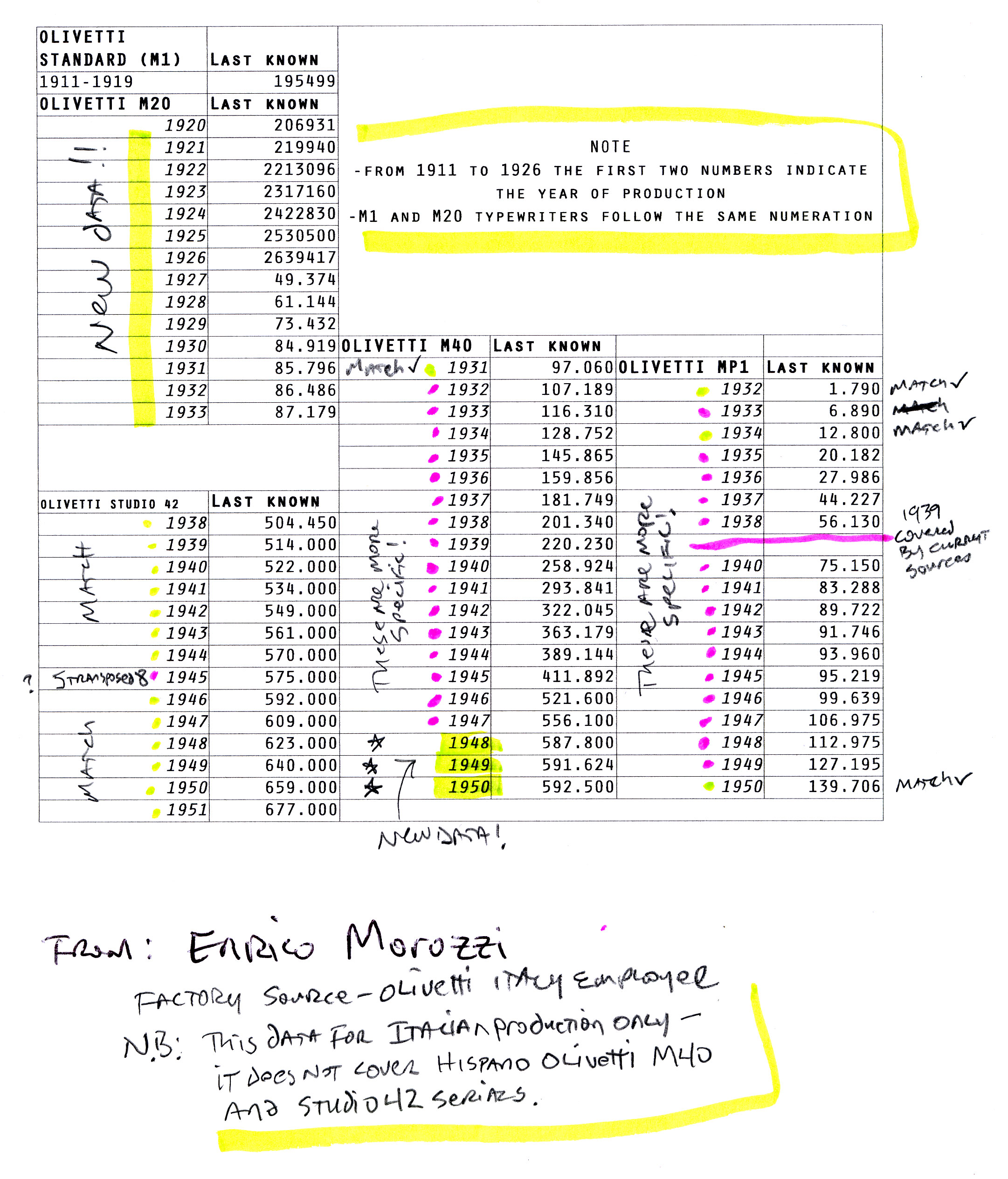 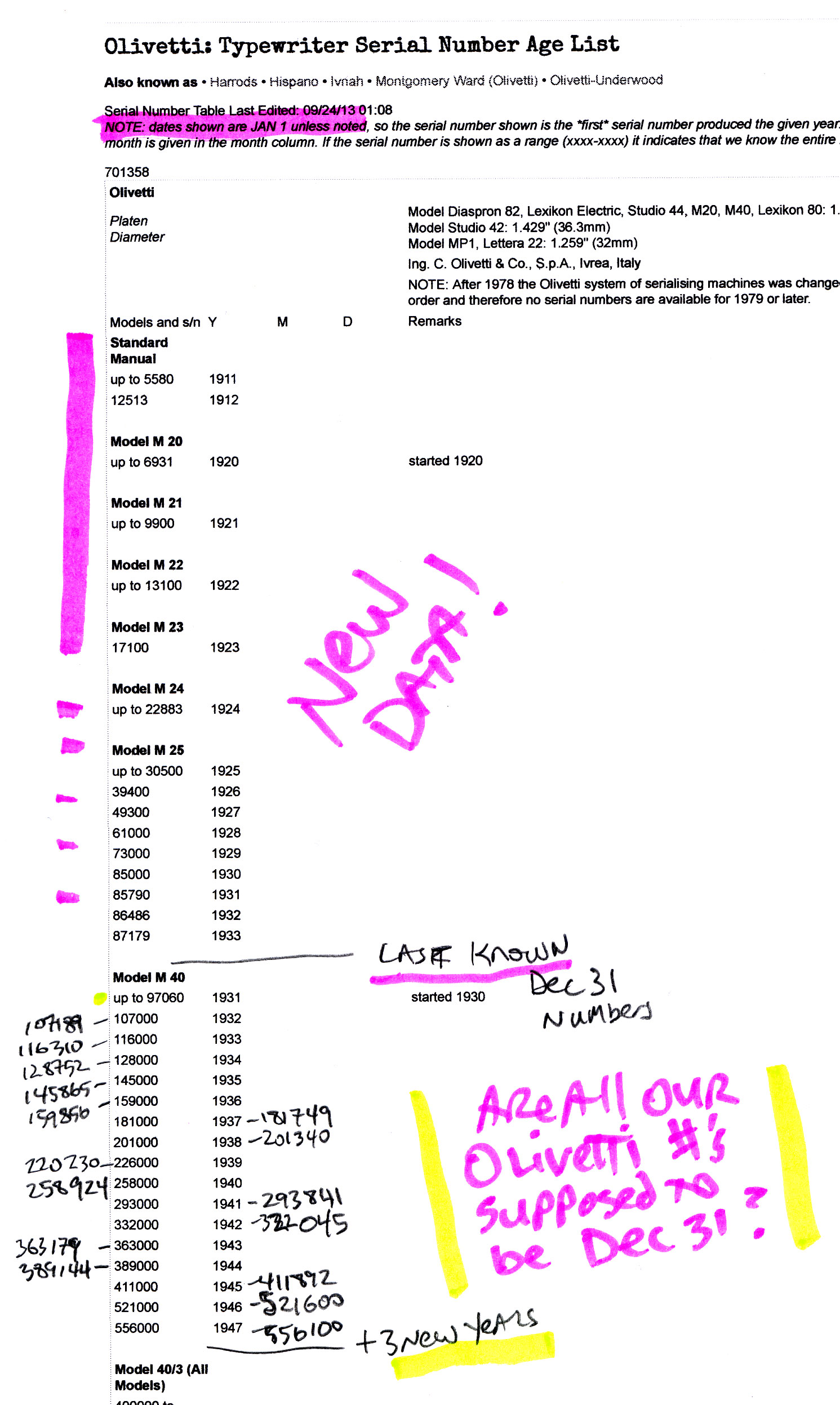 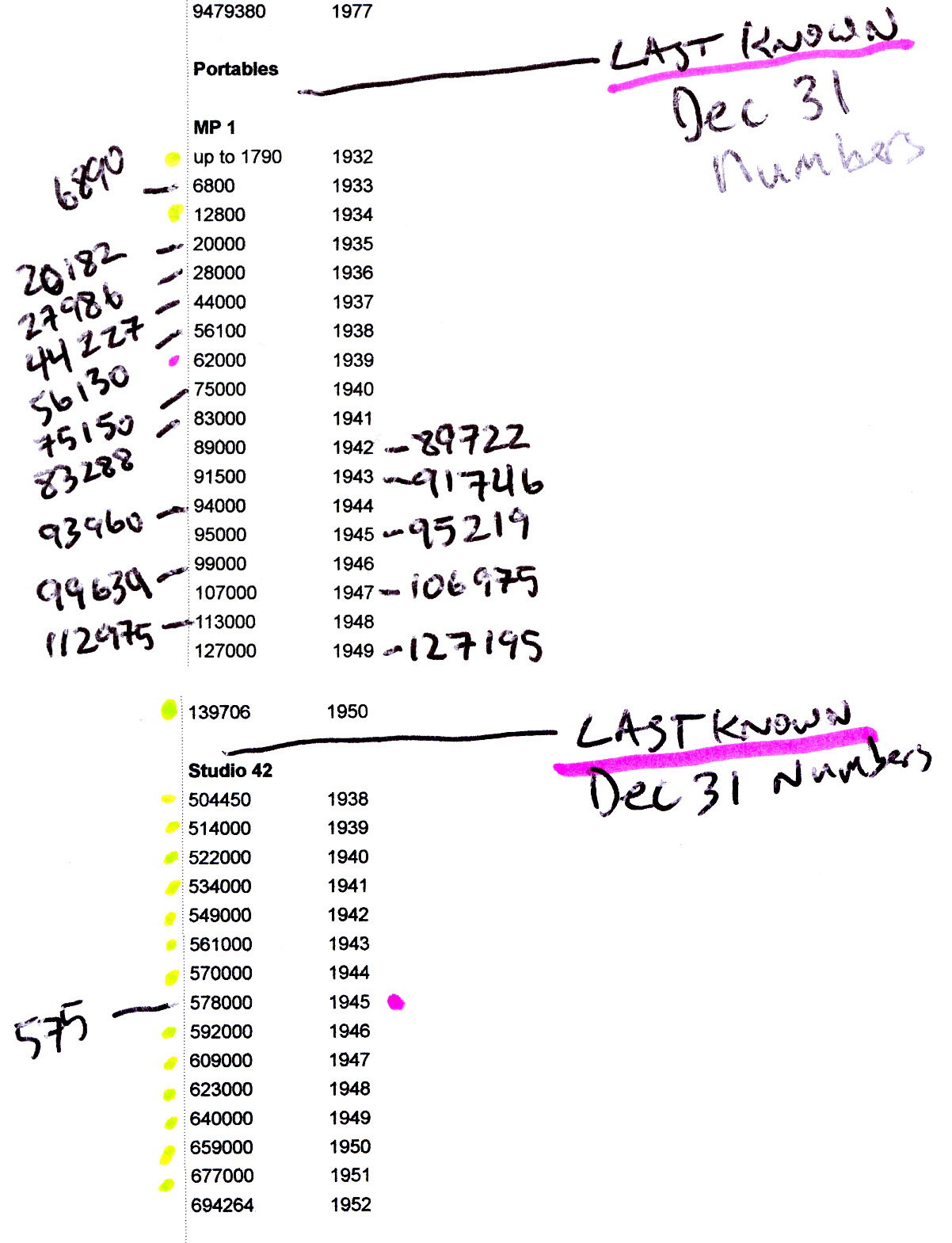 Note also that the data adds additional confirmation that Hispano Olivetti serial numbers *do not* sync in any way with the Italian production numbers, and thus confirms that we know *nothing at all* about Hispano Olivetti numbers.