A man of the cloth and the steel he wields
munk
This Typecast Brought To You By The Letters...
6 Comments 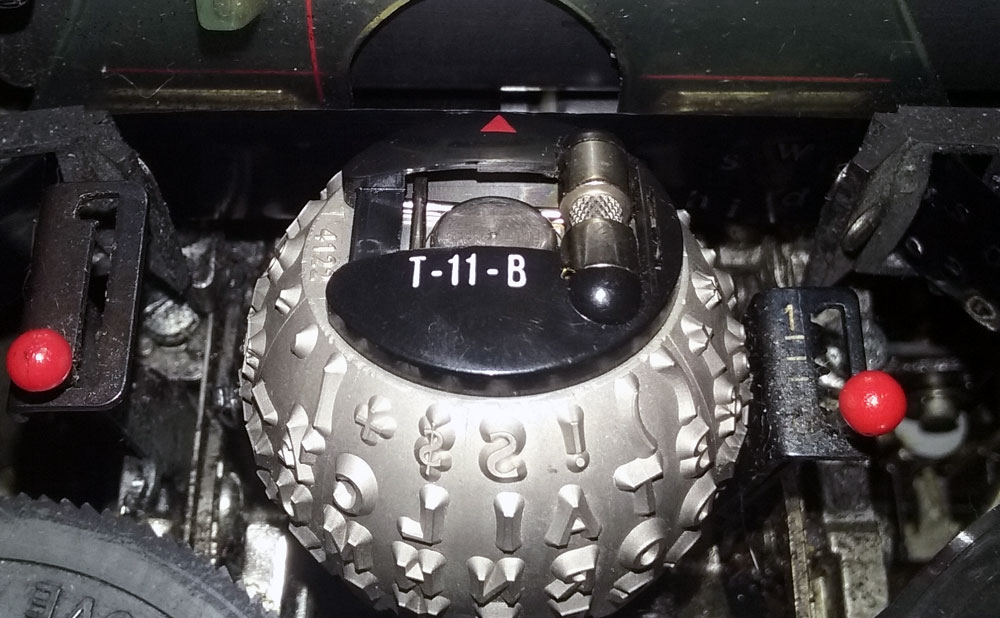 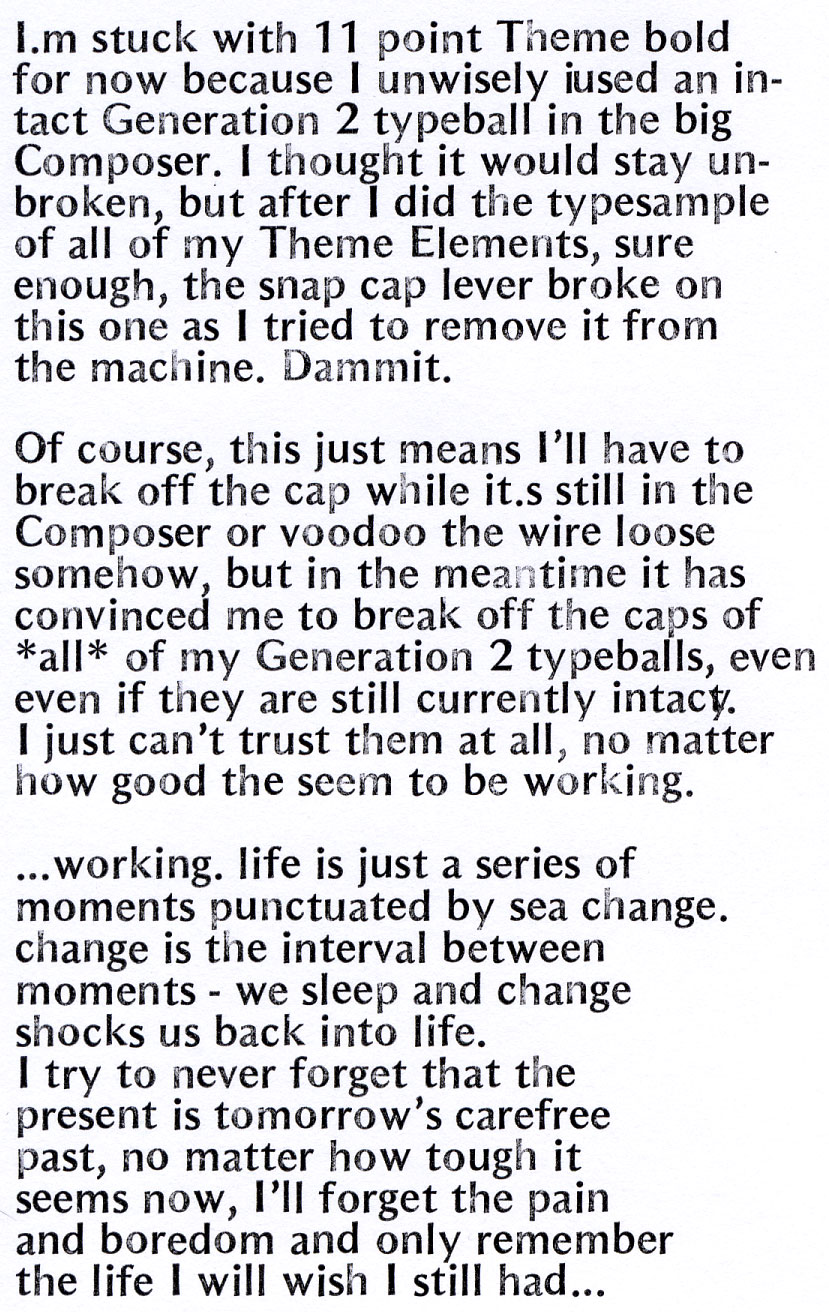 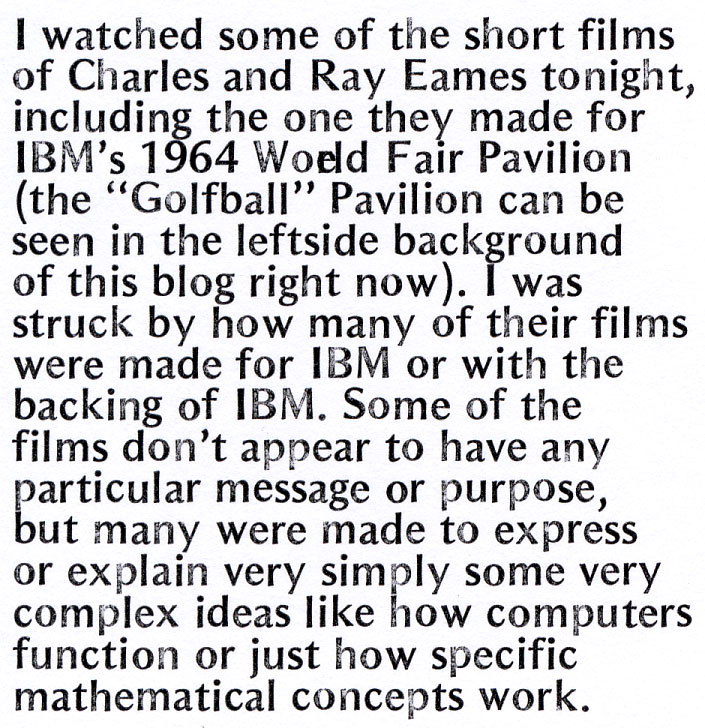 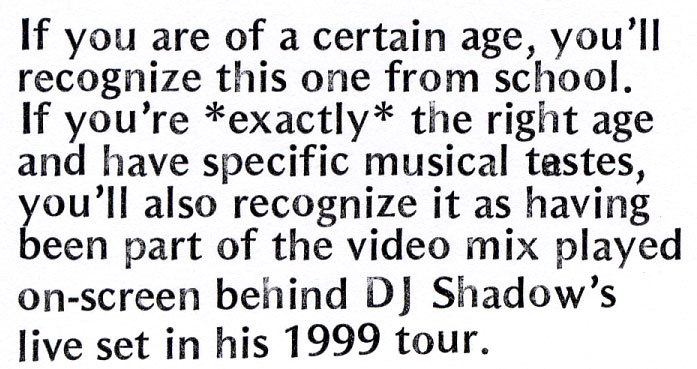 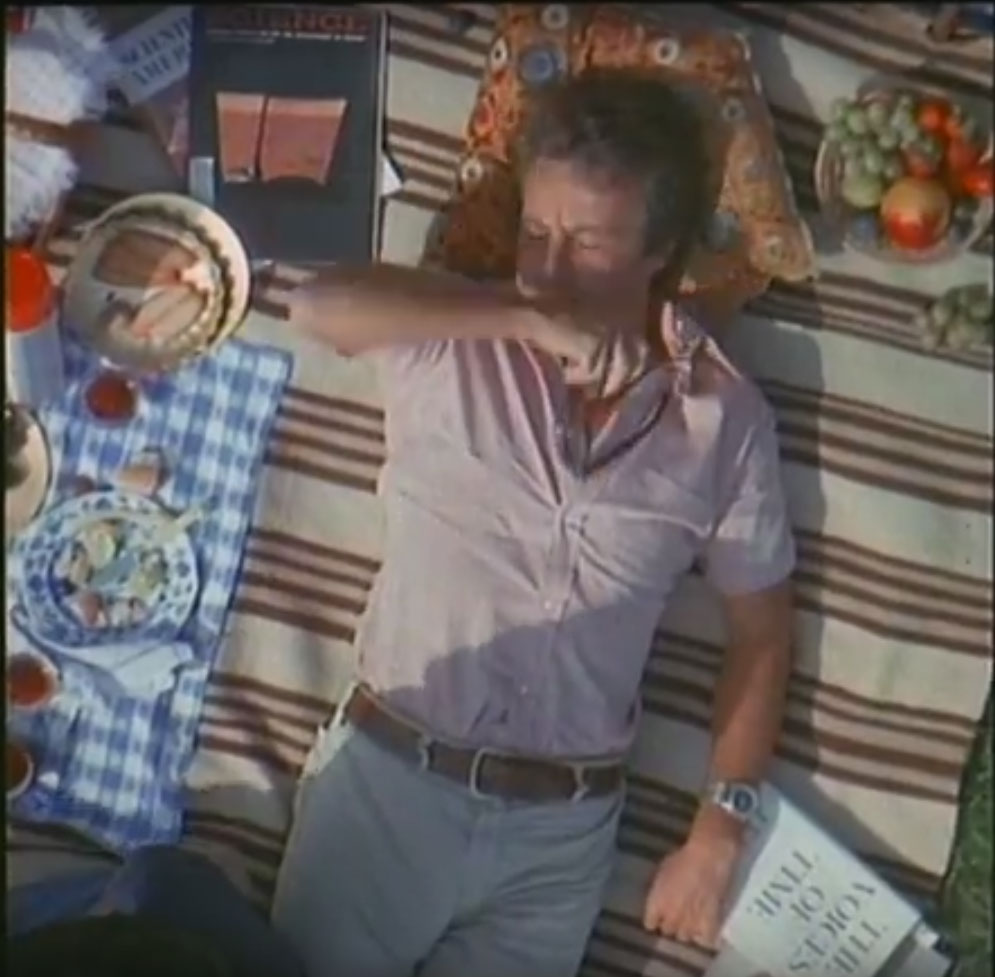 Ray and Charles Eames and IBM were the first to introduce to me a pretty humanist understanding of the scale of the universe (both external and internal). The titles of the reading material the couple had were not lost on me in 1978, and it was this film which caused me to bug my grandmother into buying me a subscription to Scientific American that Christmas. You remember when magazine subscriptions were a cool gift to give a kid? I do. :D 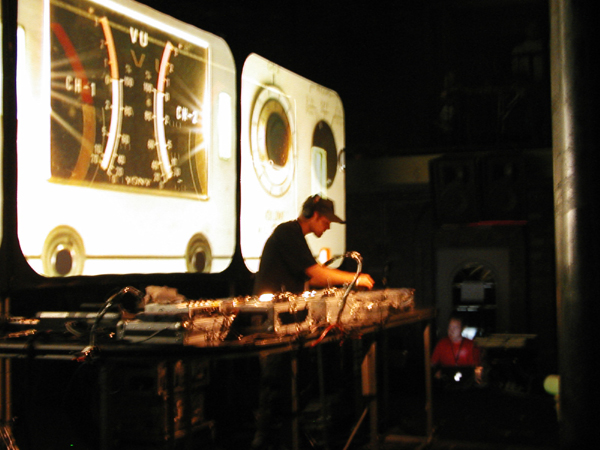 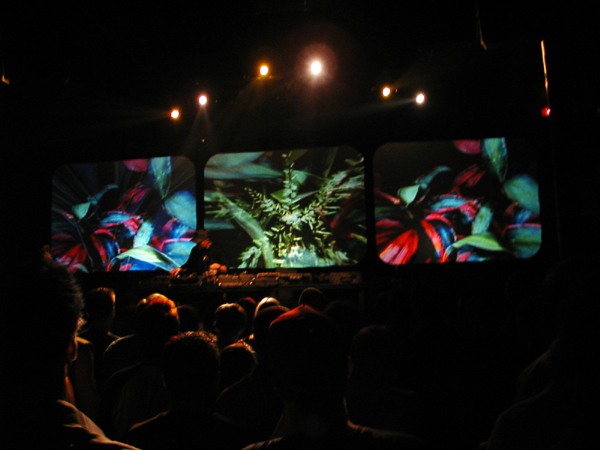 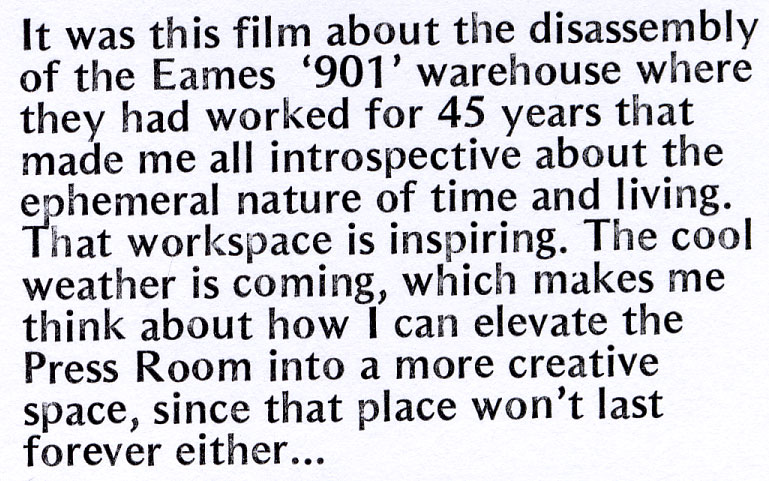 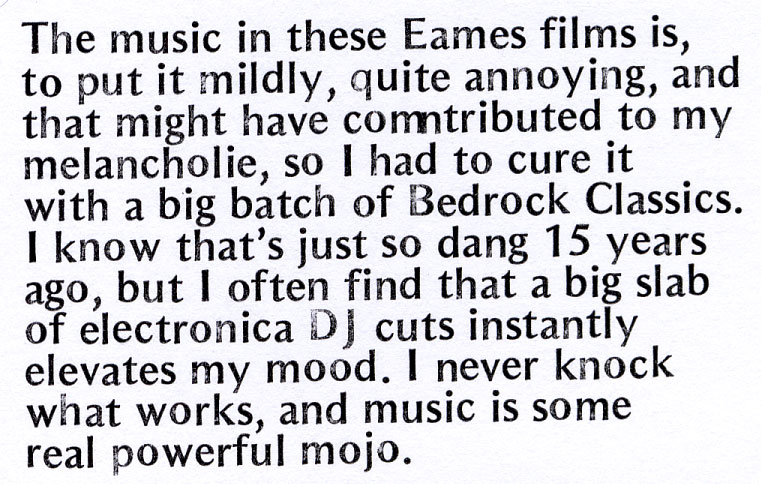 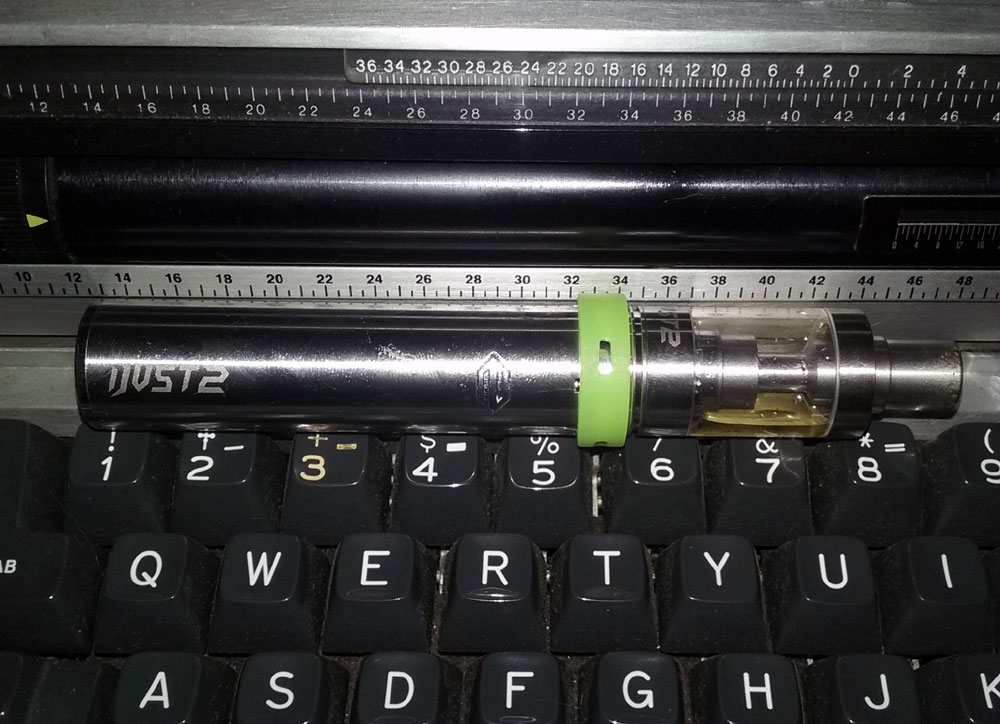 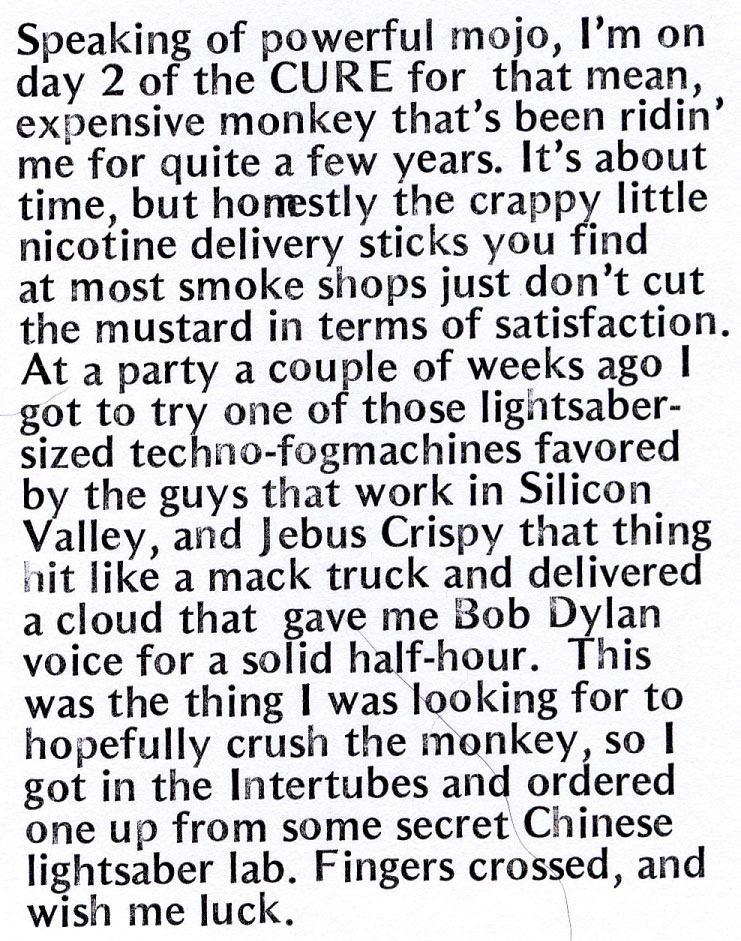 The last cigarette smokers in America were located in a box canyon south of Donner Pass in the High Sierra by two federal tobacco agents in a helicopter who spotted the little smoke puffs just before noon. One of them, Ames, the district chief, called in the ground team by air-to-ground radio. Six men in camouflage outfits, members of a crack anti-smoking joggers unit, moved quickly across the rugged terrain, surrounded the bunch in their hideout, subdued them with tear gas, and made them lie face-down on the gravel in the hot August sun. There were three females and two males, all in their mid-forties. They had been on the run since the adoption of the Twenty-eighth Amendment.
– Garrison Keillor “End of the Trail”