A man of the cloth and the steel he wields
munk
From the Desk of Reverend Munk, Uncategorized
6 Comments

Well, it’s been about 5 or 6 months since I started using Facebook for serious, and I can report that it does have a great deal of value in terms of keeping in touch with a community and collaborating to find and promote things. Does it replace blogging? Not a chance- it’s way too ephemeral, but it is a useful tool for many things, and I’m actually glad I finally dipped my toes in that ocean.

I have some good advice for the handful of you that have not yet taken the plunge, and it’s advice that you will thank me for later if you do happen to join the faceBorg: Do Not “Friend” Anyone, ever, unless you are very sure you want to know a lot about what that person thinks when they are *not* thinking about the subject you enjoy reading them post about. Trust me on this, your feed will fill with things that will provide perhaps a little too much clarity into the minds of some people, and you will wish Facebook had a tool that allowed you to “unfollow” people from your Feed without also unfollowing them in your more focused Groups (I learned that lesson during the election, when I “unfollowed” scores of “friends”, and discovered that this resulted in crickets chirping in all my Groups). They don’t have such a tool, so once you’ve “Friended” someone, the only solution to the firehose of unexpected and unwanted crap while keeping the more focused group posts they do is to “unfriend” them again – which, if I understand Facebook norms right, is generally looked upon as a hostile act.

Thus, by “Friending” people, you’re just setting the stage for pissing them off later, or being endlessly hosed with drivel if you lack the balls to “Unfriend”. I dunno if that is a purposeful UI engineering choice: by making it taboo to unfriend, are they subtly enforcing more interactions between people as a way of increasing traffic that sells ads? A company that big doesn’t make UI design decisions without investing serious thought and planning into the outcome of those decisions on the bottom line, and frankly “friend/unfriend/unfollow” are way too clumsy and purposefully unclear in their effects to have been anything but a conscious and well-planned decision. Facebook is broken in a lot of ways that are frustrating to the user, but it is not at all broken in the ways that make Facebook money by exploiting that frustration. Be aware of that, always.

Anyway, all *this* vaguebooking is basically to warn any nubs who don’t yet know this valuable lesson (Joe, that’s you, if you ever take the plunge), and to let those I may have unfriended or those who’ve friended me and I haven’t friended back know that it’s nothing personal – I still *probably* like you and almost certainly still like reading what you write about typewriters, but I really want my Facebook experience to be just about typewriters. (:

Oh, one other mechanical quirk about “friending” and Facebook: I have my privacy settings pretty much maxxed out, and apparently that means that nobody can message me unless I’ve friended them. Considering the above, you will find that if I have not friended you, you can send me a message or chat that *looks* like it was successfully sent, but I’ll never get it. Facebook filters them out and I never even get a notice on most of them. Thus, if I’m ignoring your Facebook messages, it’s likely because I’m not getting them. Again, clumsy, but that’s the way Facebook works – they should warn you that the message wasn’t actually sent. And again, something that *looks* like a stupid UI decision, but is probably meant to ensure you friend everyone and never unfriend them, thus increasing traffic and revenue. /:

That all said, here’s more happy Facebook people and their Bibles (: 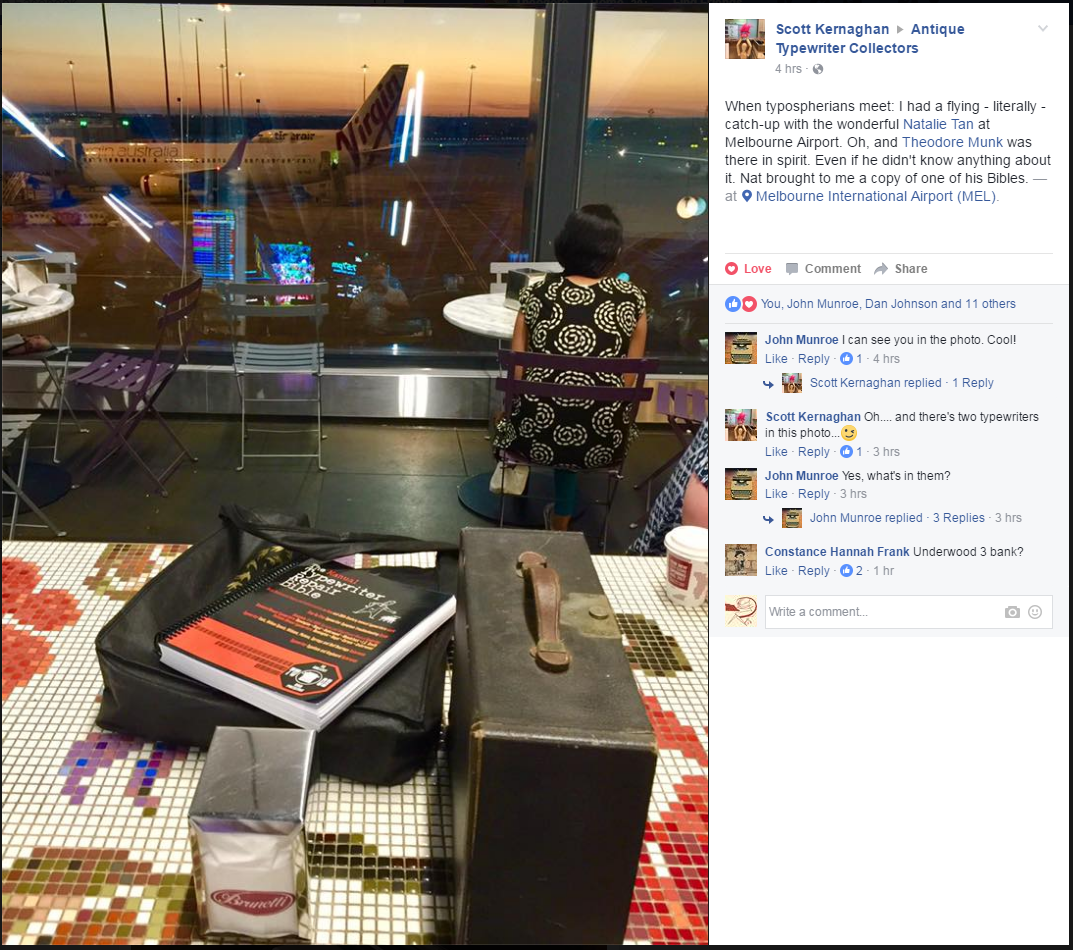 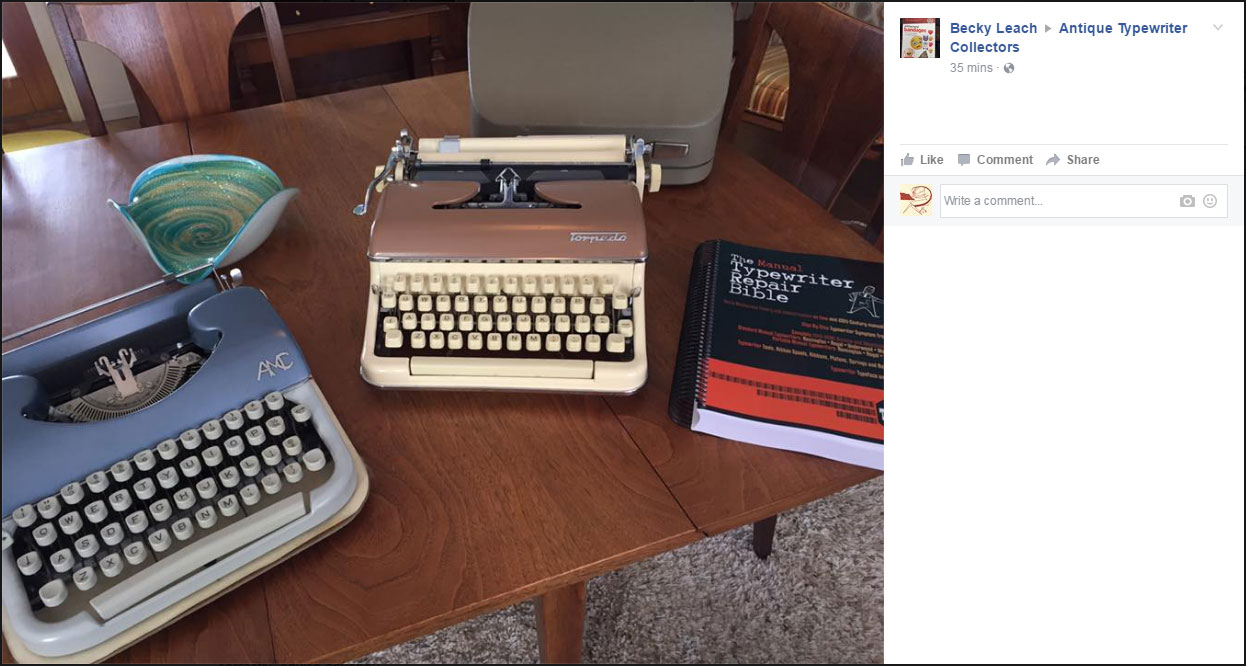 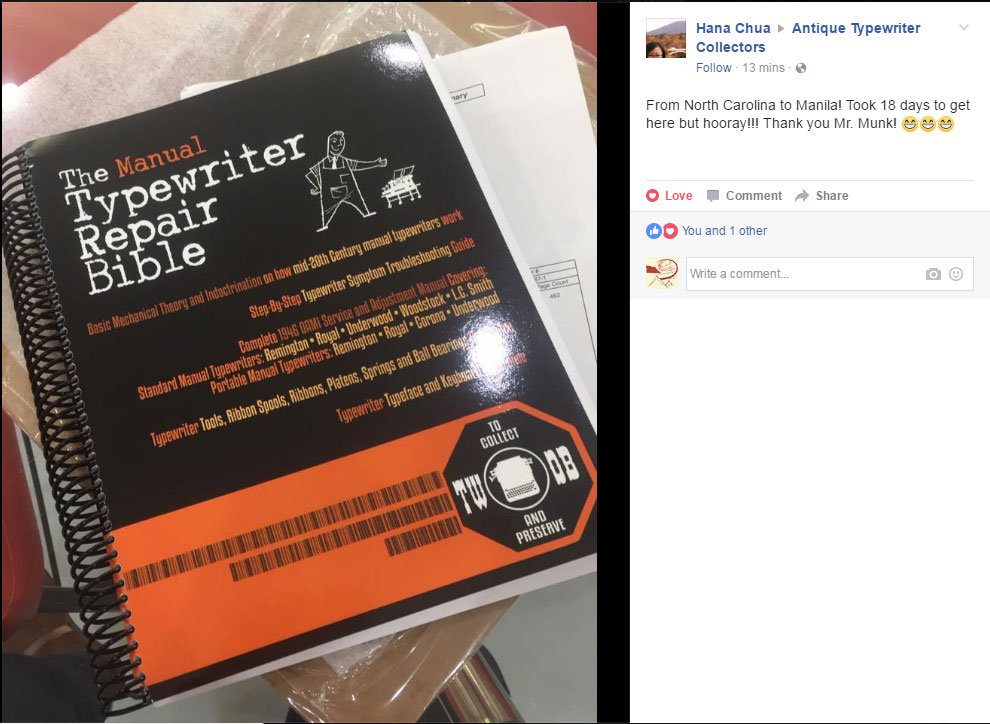 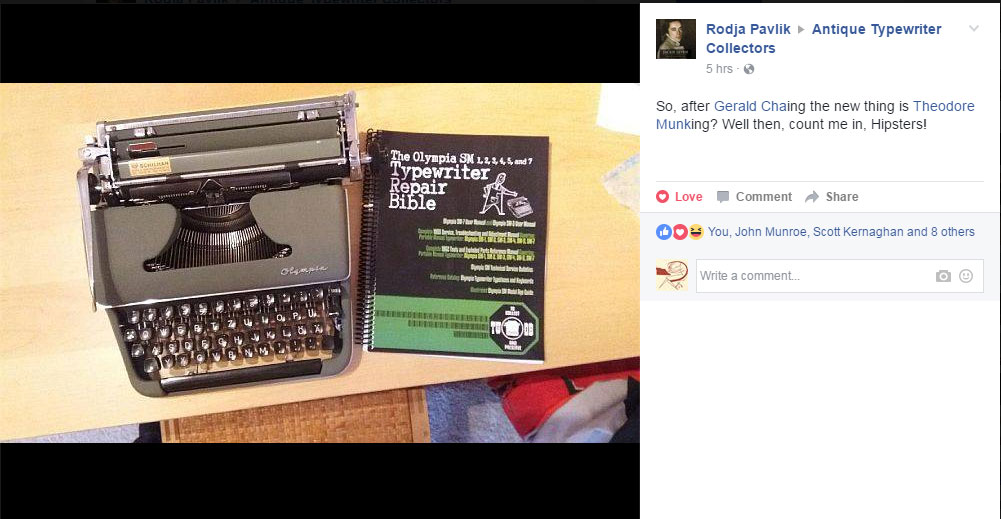 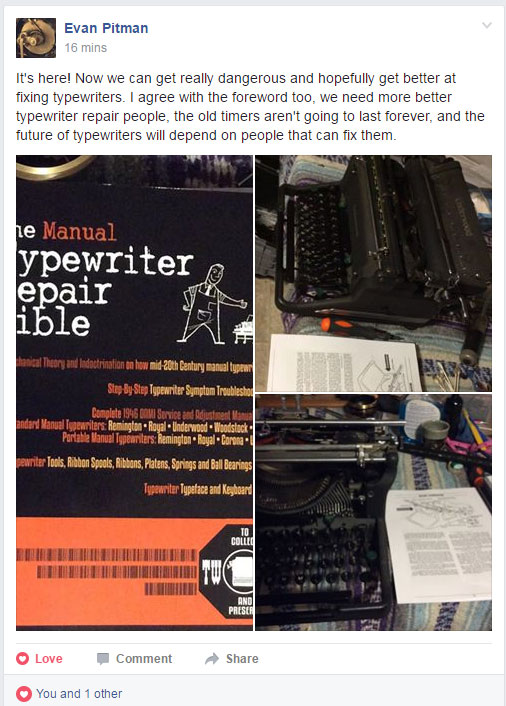