A man of the cloth and the steel he wields
munk
From the Desk of Reverend Munk, The Typewriter Database
5 Comments

The whole saga of translating the Hermes 3000 Service Manual started actually with a request to update the serial numbers from new info. The service manuals were that info: 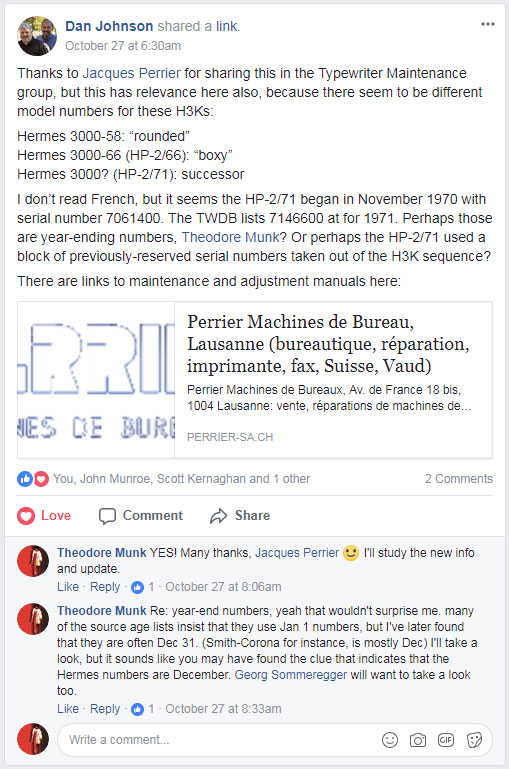 There it was, Jacques Perrier had uploaded his French H3K service manuals to his museum’s website, and in the front of each was some factory age lists for each variation, along with a few other relevant data points. Dan had read these and noted that the 1971 number reported in the manuals was smaller than what we had, and some other details served to confirm more detail about the transitions between the model eras. It proved that (for some reason unknown) our previous sources had veered suddenly from reporting January Hermes numbers in 1971 to December ones, at least for this model.

There always was a disturbing nearly 4 million serial number gap between 1970 and 1971, and here was a chance to clarify it.

Here’s what we had this morning.. 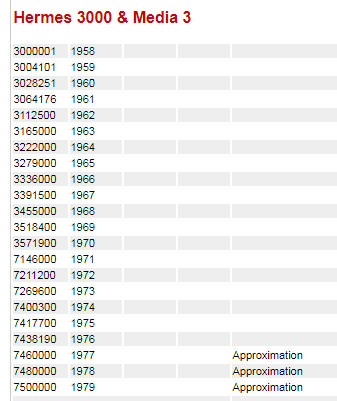 And here’s what we have now: 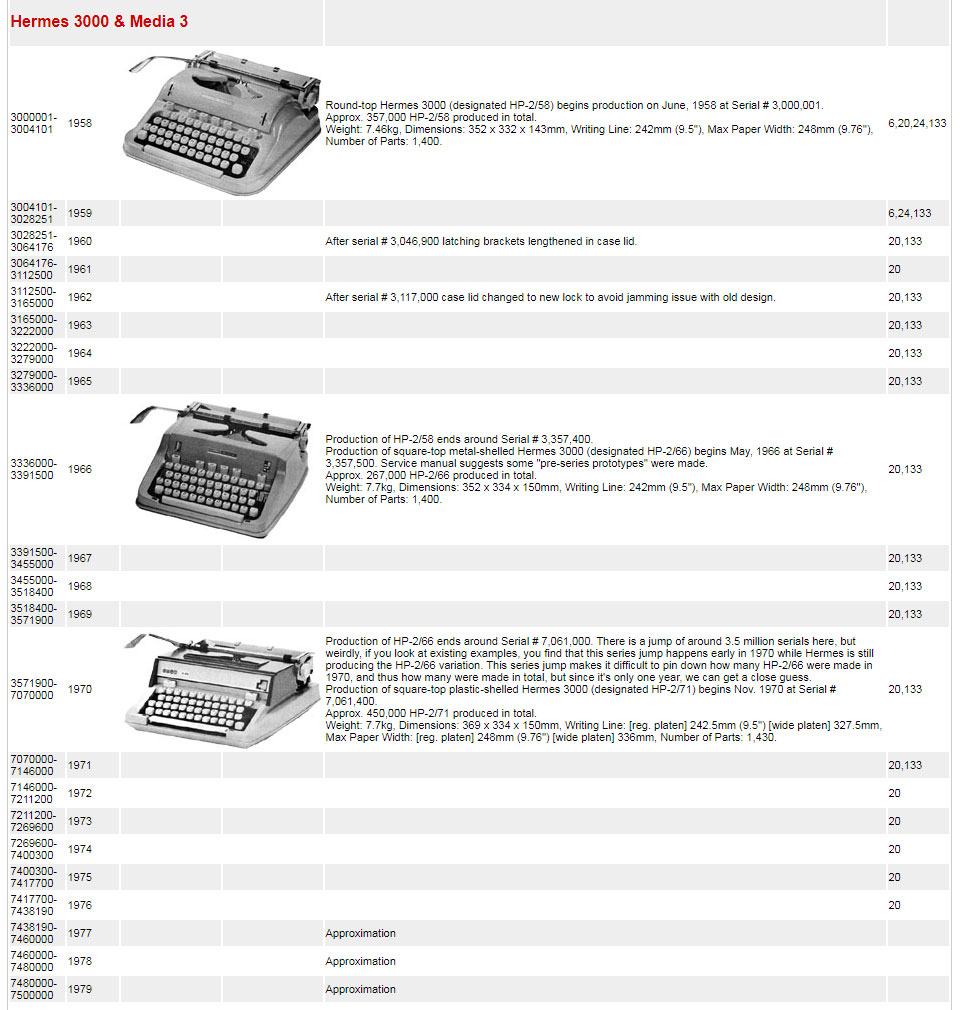 As you can see, there are other tidbits in there from the manuals, but for now, the sources:

You might notice some corrections to what’s stated in the sources, and from the info teaser pages I posted in the last post. That’s because I proofed my work with one of the really awesome tools the TWDB has for when you want to spot incongruities in your data. But, it’s sort of my habit to re-date machines in the database when I make major changes to the serial number page and I needed to make all the machines made past 1970 one year newer, so I had to fire up the BMYS Tool (By Model/Year/Serial#) anyway.

As I check every machine on the BMYS list (all 100 of them!) I check it against my shiny new serial number list and make sure it’s where it is supposed to be in the timeline. There are certain details that immediately become obvious when I do this, like this machine, which shouldn’t exist, because the source says the HP-2/58 model ended with serial #3,351,399. Maybe they meant to type a “7” instead of a “1”? Yeah, we’ll go with that.

Wow, there’s a lot of ’em, eh? It turns out that this variation is clearly not the rarest, and since around 357,000 were produced – and these built like tanks, they aren’t hard to find.

In March 1966, above, you notice the boxy square-top H3K’s start showing up. This HP-2/66 variation was produced for another 4 years.

Well, maybe not as popular with collectors, but would you believe that they are in fact the rarest? Yep, only about 267,000 made it off the line.

There’s also where the BMYS Tool paid off again. Check out when the serial number jump happens above. Yeah, way early in 1970, while the HP-2/66 is still being made. Weird. The sources weren’t specific, but gave me the impression that the serial jump had happened in November, coinciding with the introduction of the new HP-2/71 model. I’ll have to correct the service manual info sheets too, because I made some assumptions there that BMYS clearly contradicted. You see the earliest example we have of the HP-2/71 just above in the lower right corner. 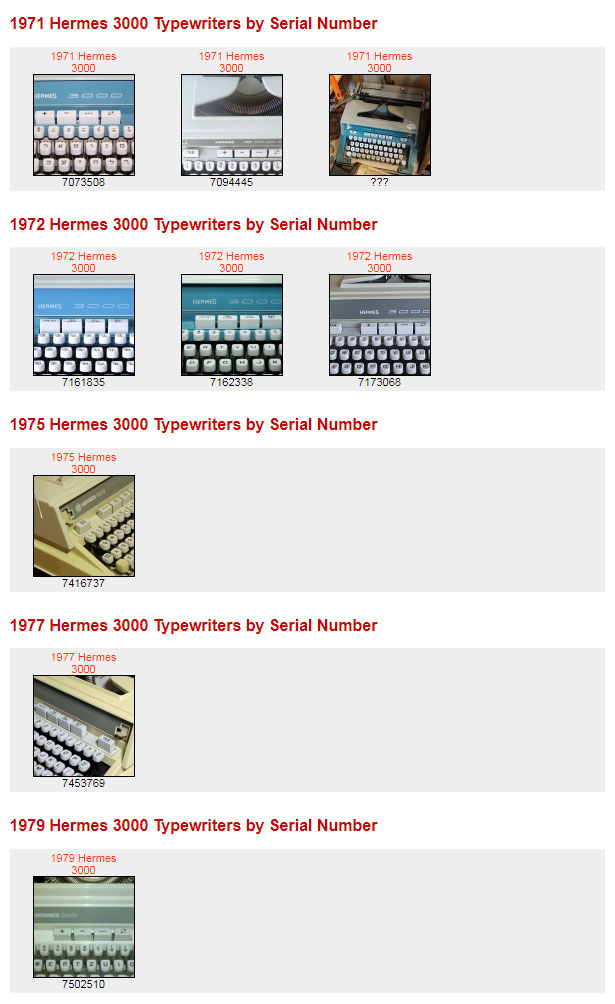 Yowza, not very many of them in collections, and that’s odd, because by my estimate, some 450,000 of the HP-2/71 variation were built.

Anyway, that’s the fix for Hermes 3000. If you have one you think was made in 1970 or later, better re-check, they’re all pretty much a year newer than you think.