A man of the cloth and the steel he wields
munk
From the Desk of Reverend Munk, The Typewriter Database
27 Comments 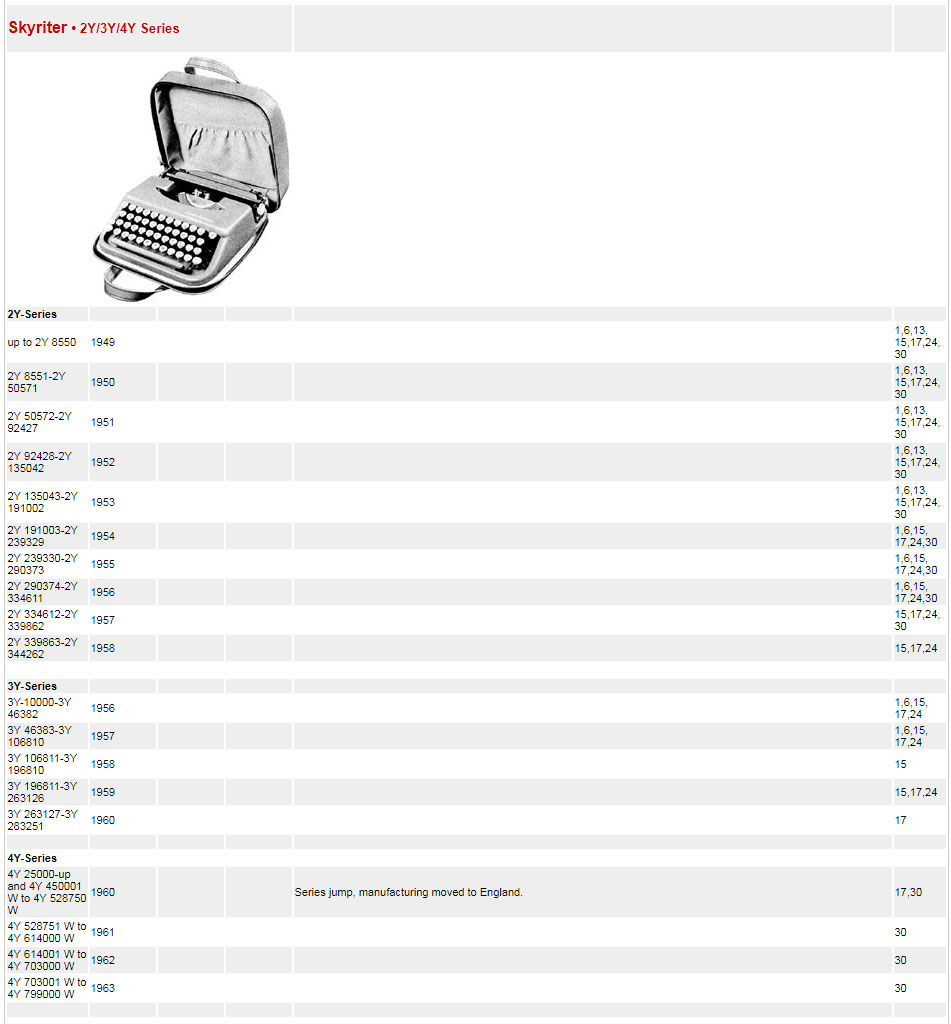 I noticed the other day that most of the Skyriters in TWDB were mis-dated, probably due to the fact that I had “clarified” the numbers into actual ranges instead of December numbers earlier in the year. I had to re-date and clean up the Skyriter listings so they were correct. Doing this revealed some things that I found interesting and worth noting. 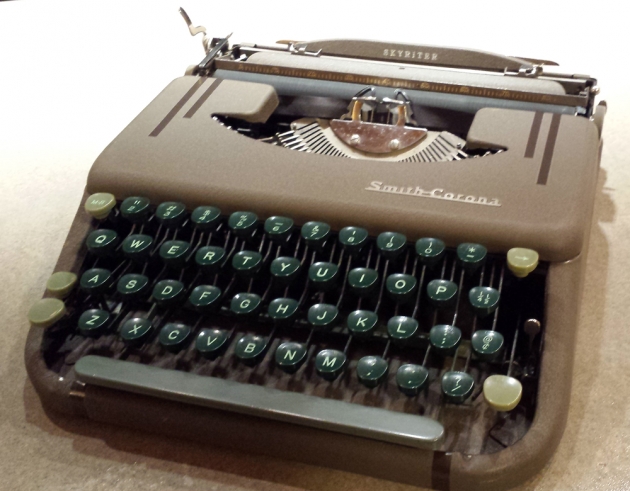 Brown crinkle paint with a pair of vertical brown stripes on either side of ribbon cover, with a single stripe on both ends of the front frame. Smith-Corona logo insert on lid made of metal and painted same brown as stripes. Dark green main keys on keyboard with light green shifts, margin release and backspacer. Space bar painted olive green. Later in 1949 the logo insert changes to light green plastic. 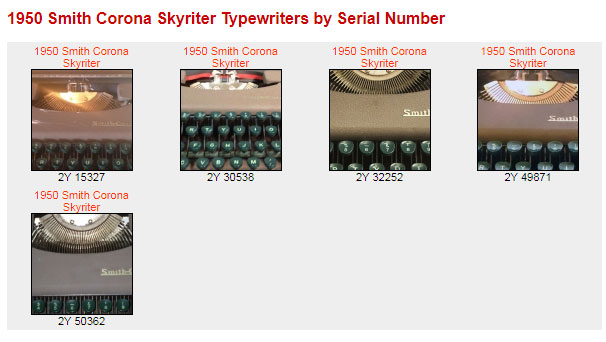 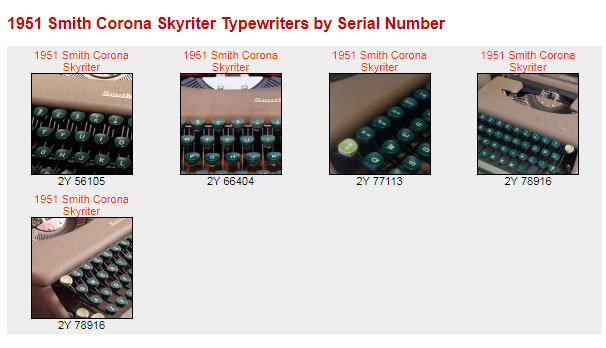 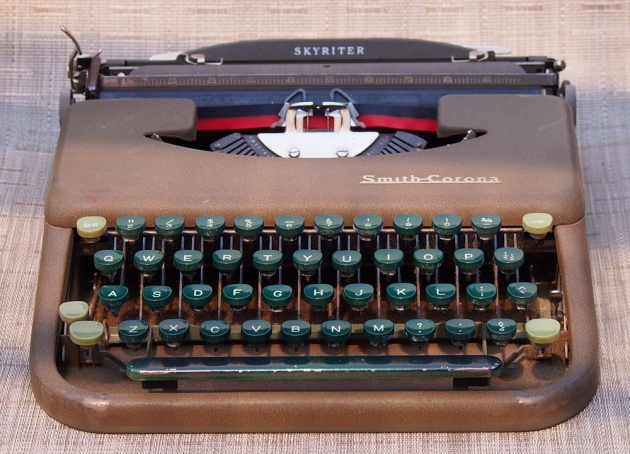 In mid 1954, all of the keys, spacebar, logo insert and paper rest are changed to a dark green matching the main keytops. 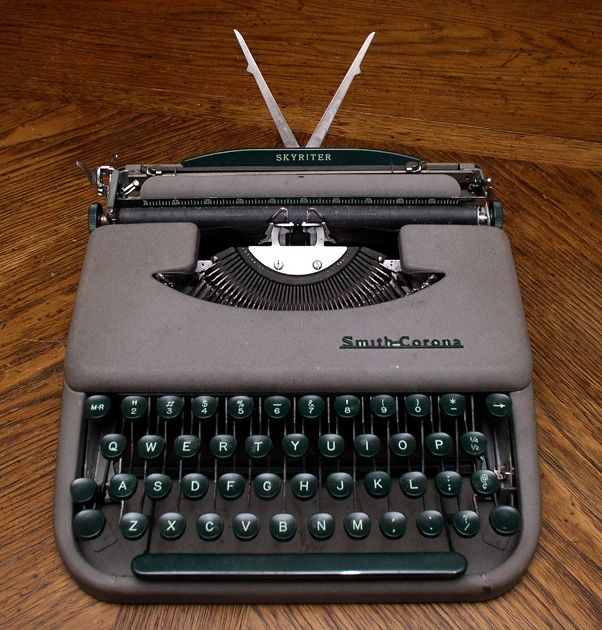 In 1955, new wrinkle paint color schemes are added, including a tan model with white keys and brown painted space bar. A new leatherette zippered carrying case is added for some models. 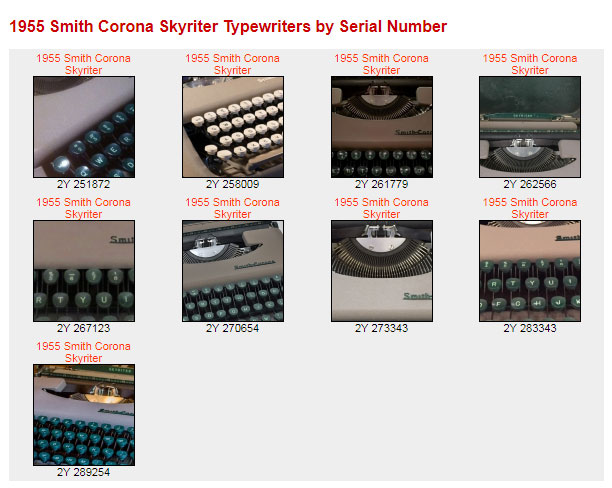 In 1956, these options continue, and the first long return arm models in leatherette cases are seen. Many models in the zipper cases are still outfitted with the smaller return arm that was meant for machines that come with the form-fitting metal case. 3Y Series begins mid 1956. 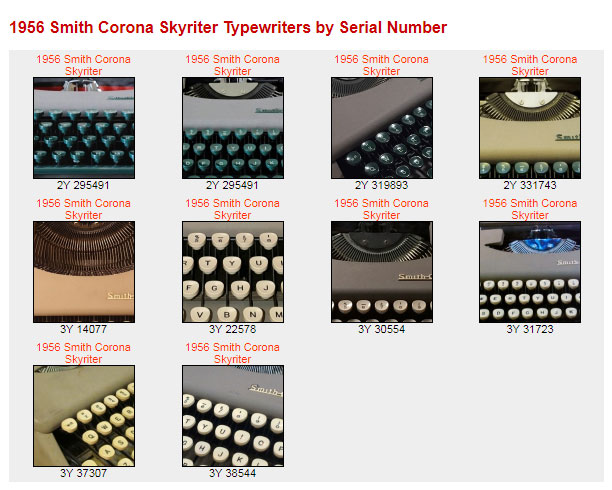 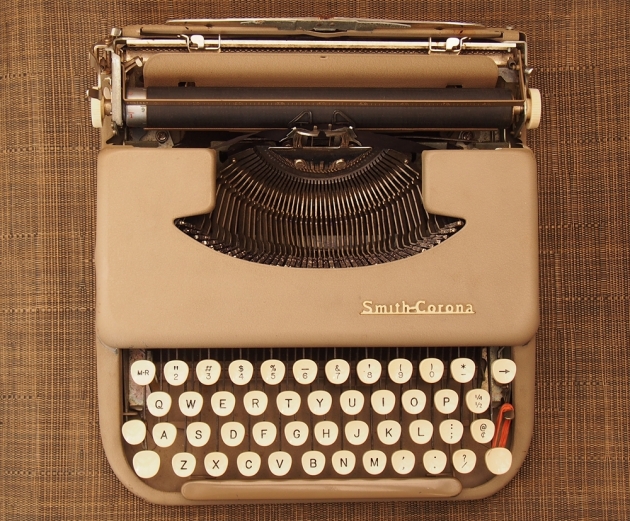 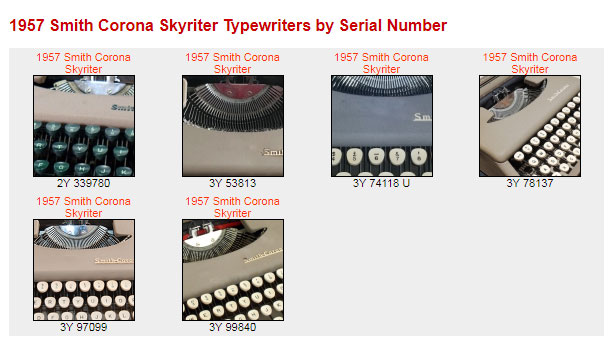 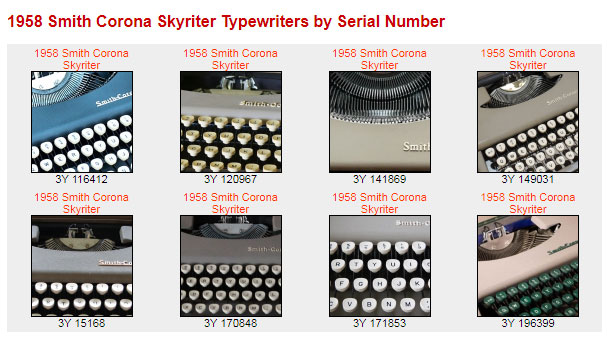 In 1960 the Smith-Corona insert logo on the ribbon cover is changed to a silver rectangular label. Skyriter production moved to England and 4Y Series begins. 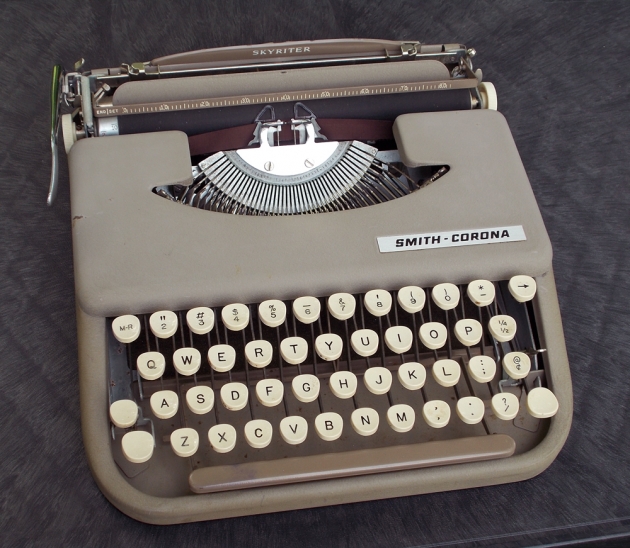 In 1961, the Skyriter now has a flat grey paint job and the “SCM” logo is added to the lid label. This pattern continued through 1962 and probably 1964, when the Skyriter is replaced by the Corsair. 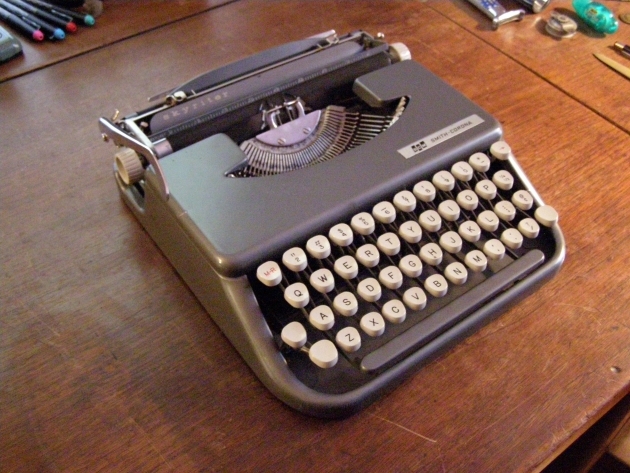 I’m not real sure when the blue plastic shelled Skyriter is introduced, but I suspect it’s later in the 60’s, possibly after the Corsair labeling has run for awhile and SCM might have been looking to refresh the line with a new “Skyriter”. 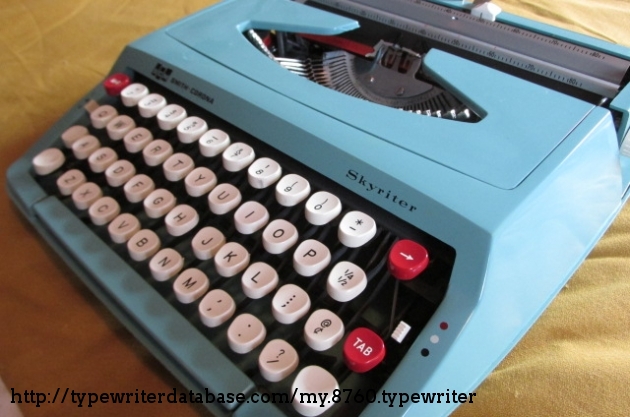