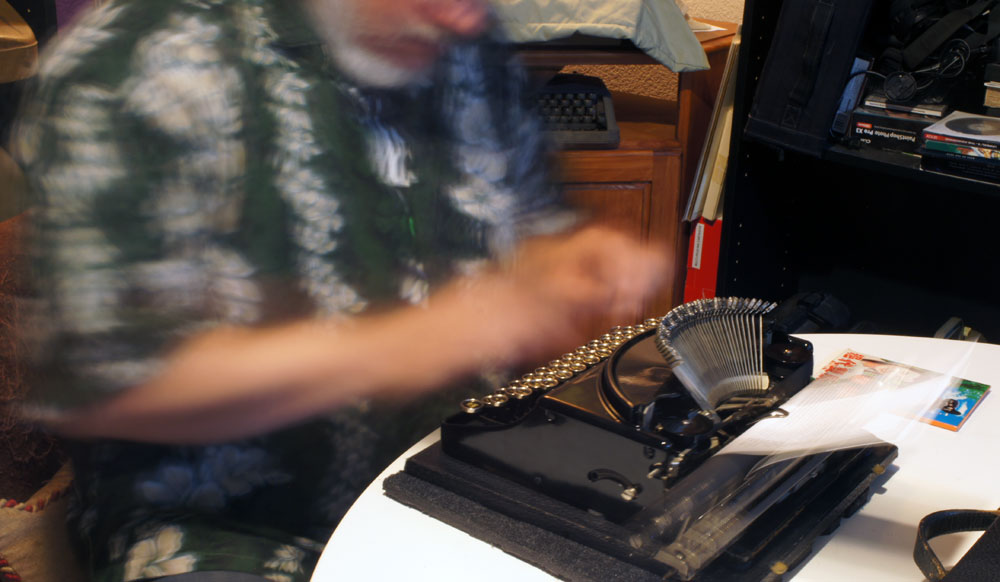 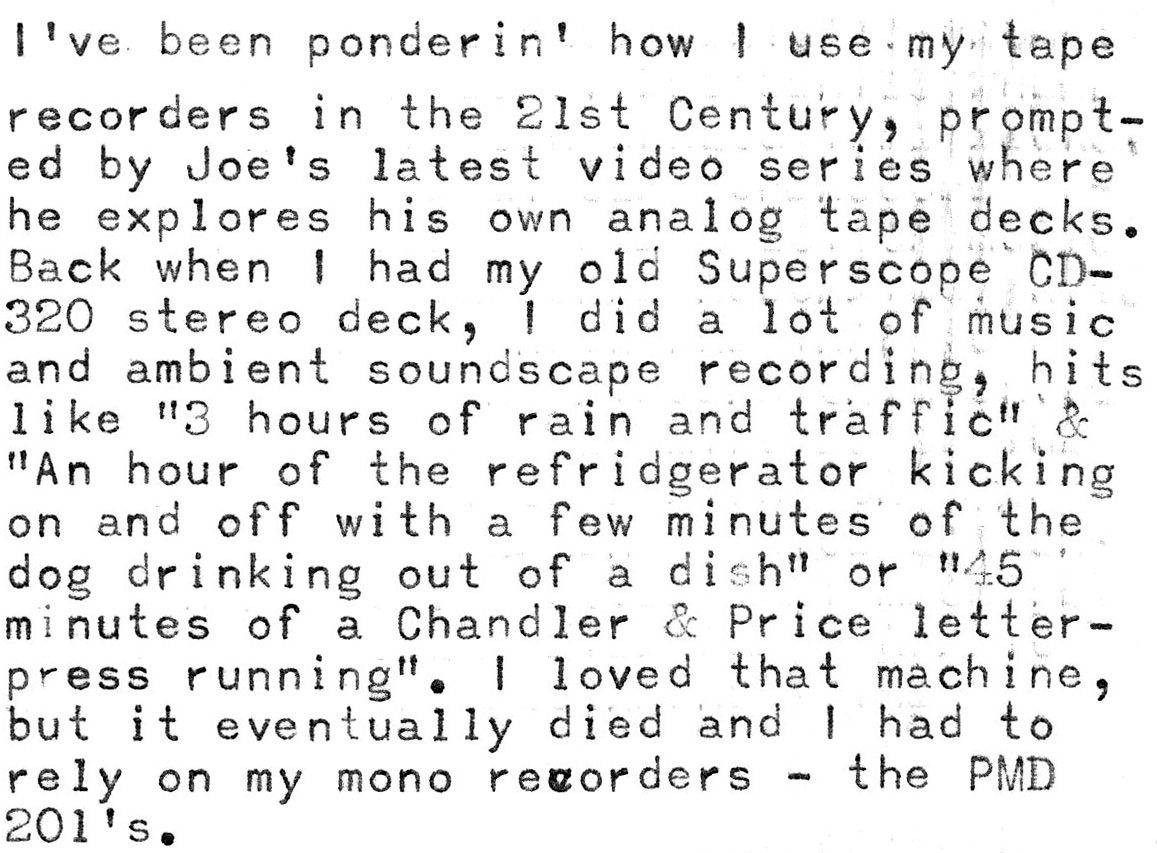 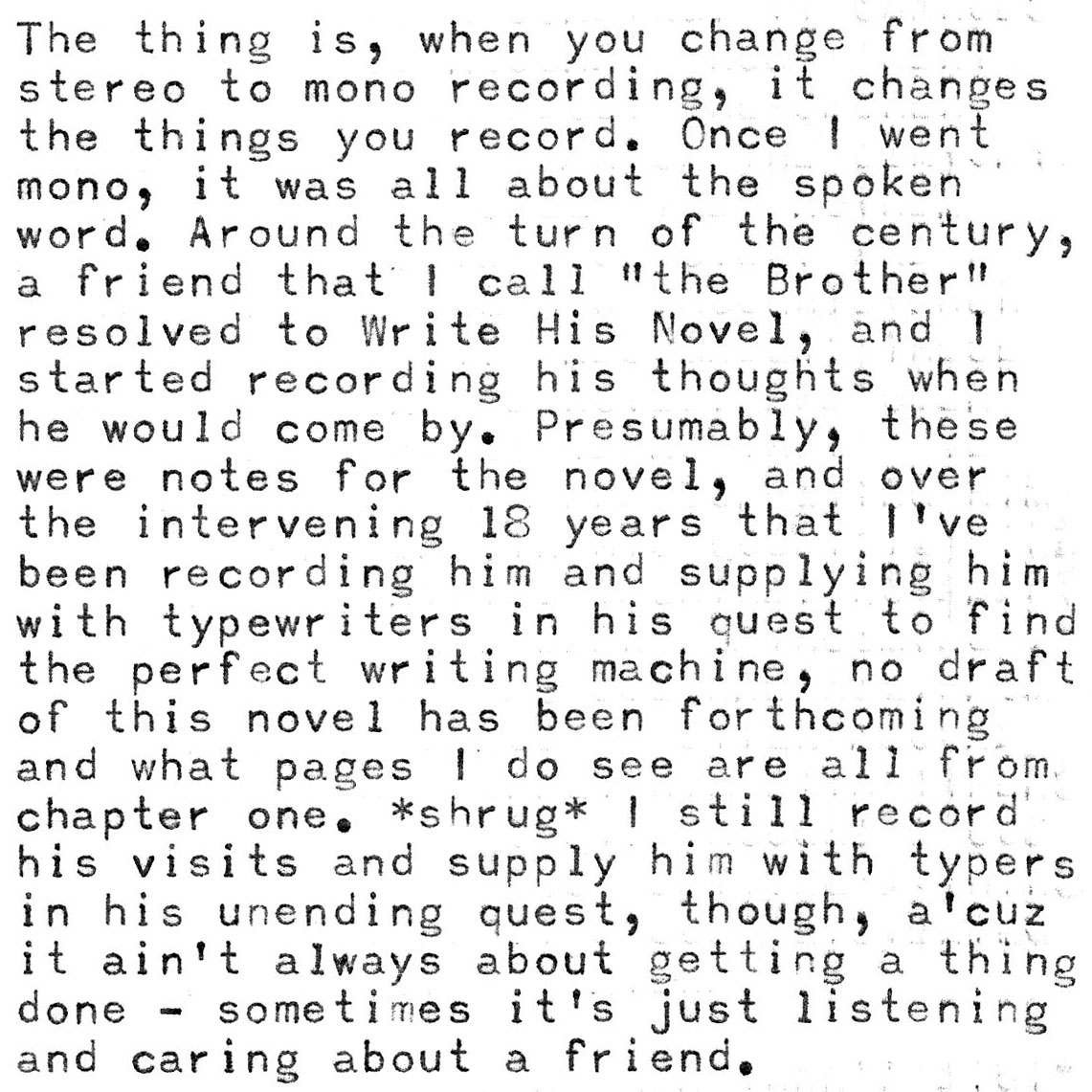 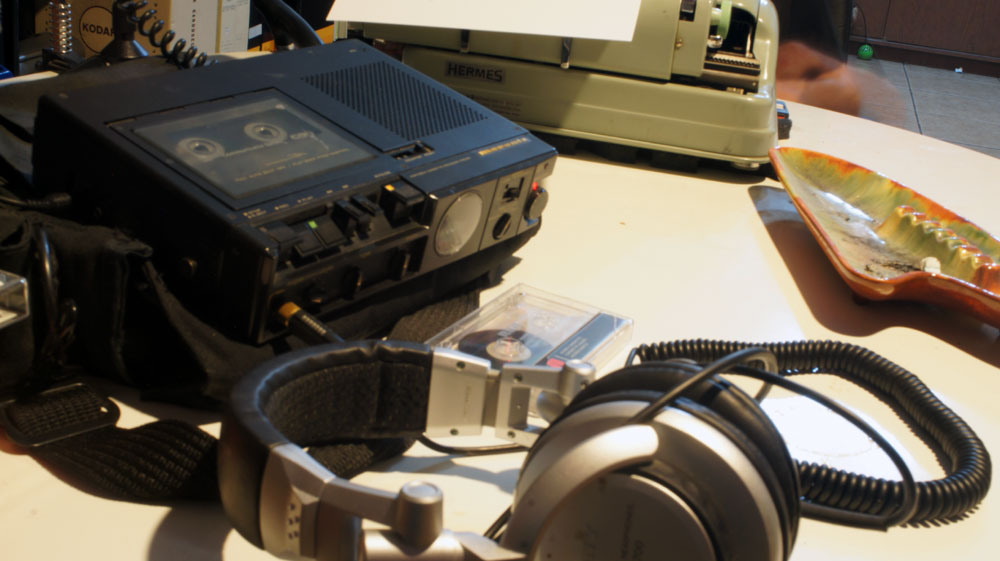 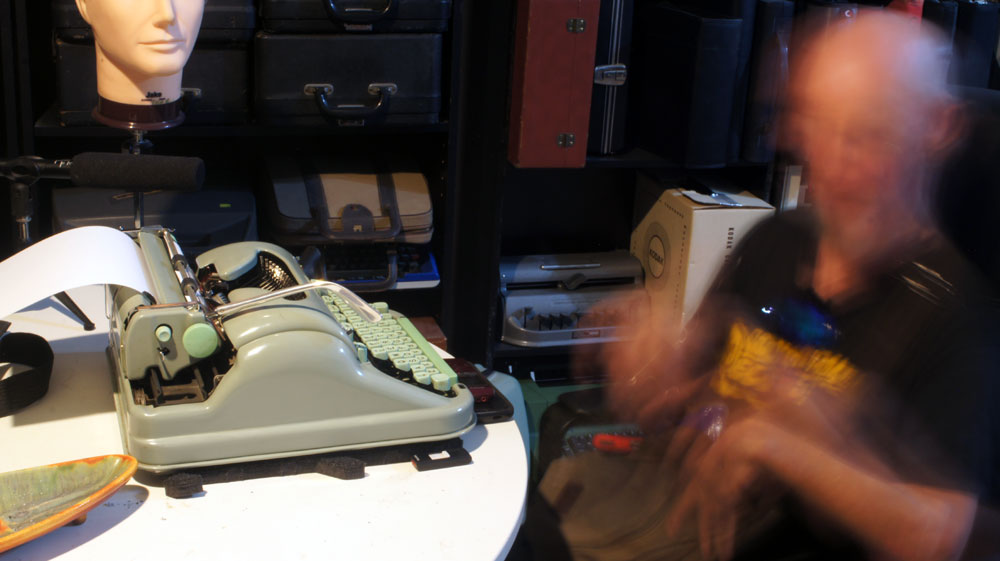 Last week’s session with The Brother took up 5 tapes, two 90’s and three 60’s, total 6 hours, enough that I had to dip into a fresh tape pack!

Example: “Swing World” uses a sample snippet of The Brother in a song about tape loops, Steve Reich and a swingin’ society. 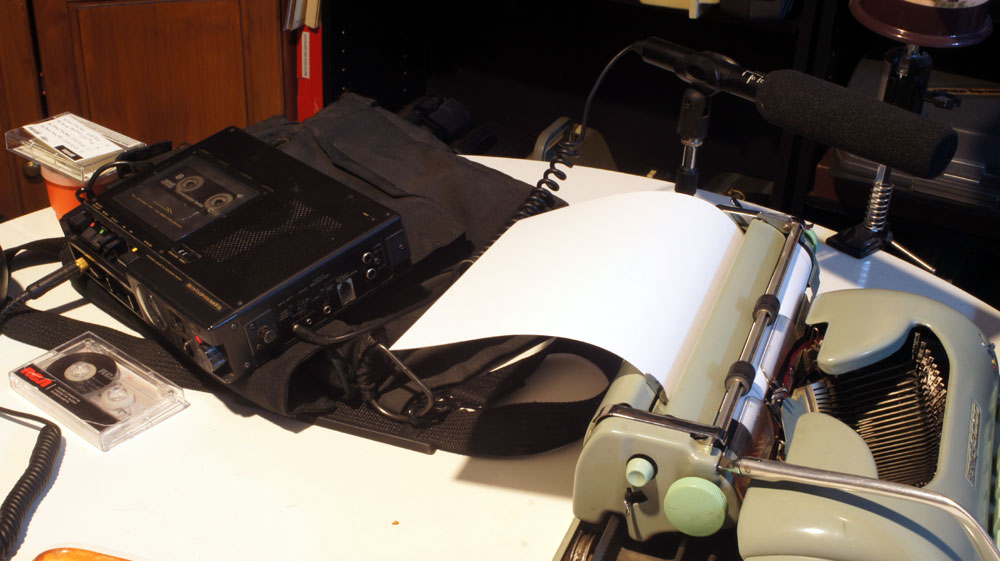 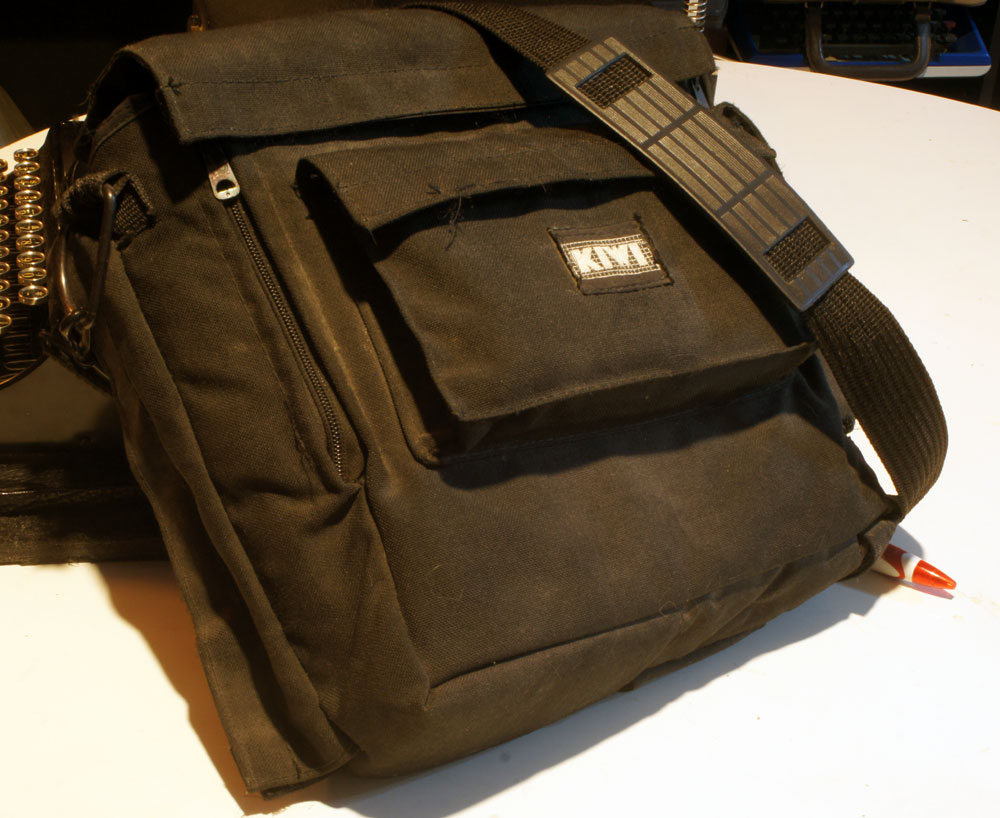 The Kiwi recorder bag that came with my old Superscope, now serves as the PMD-201 grab-n-go-record-something kit. 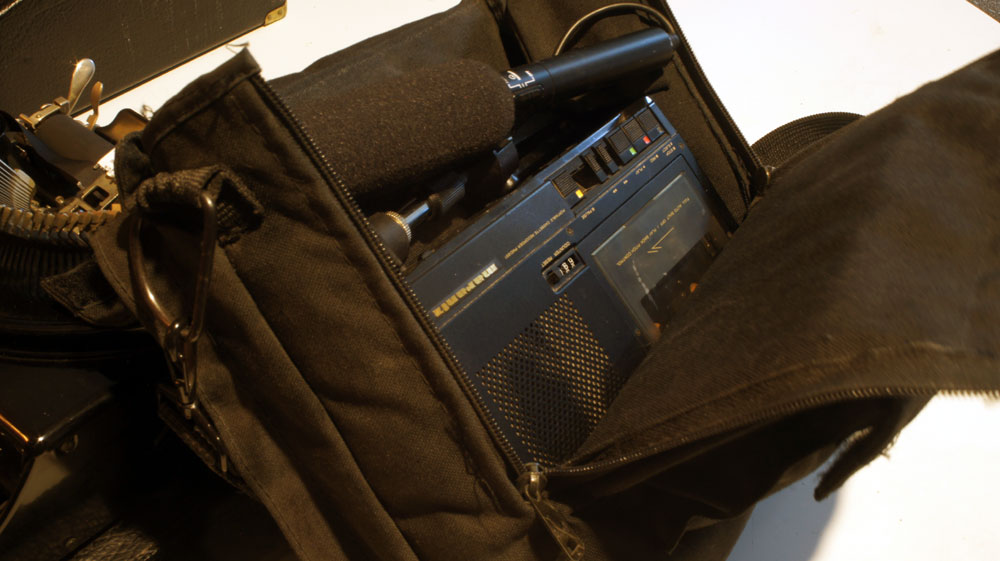 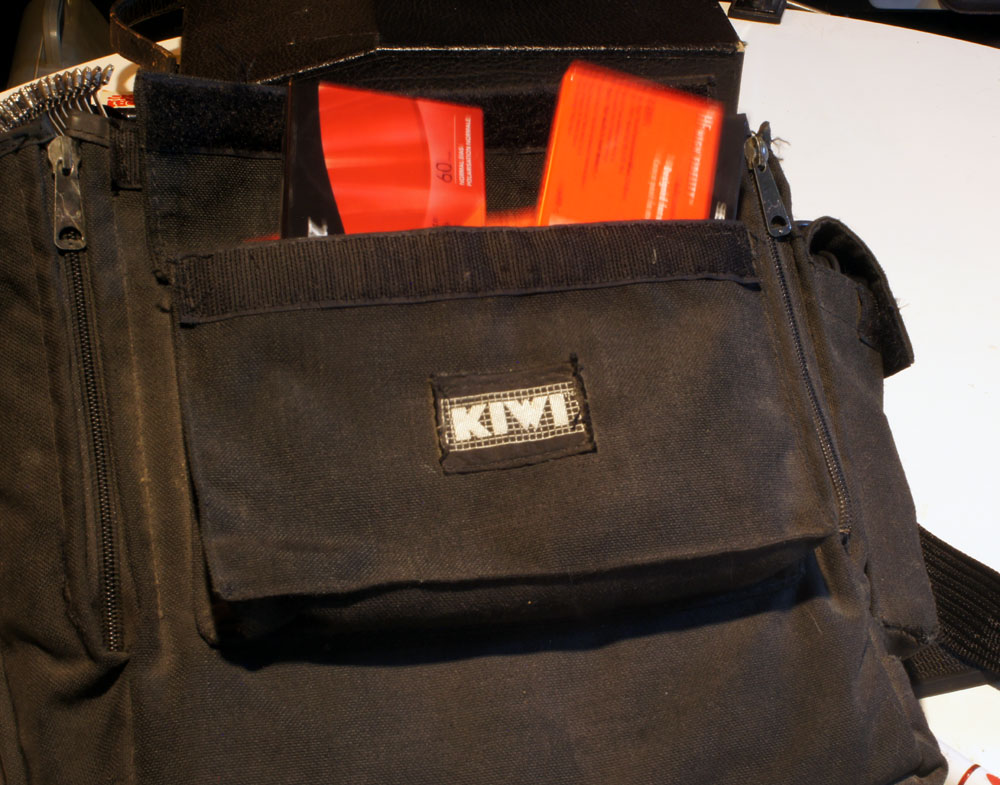 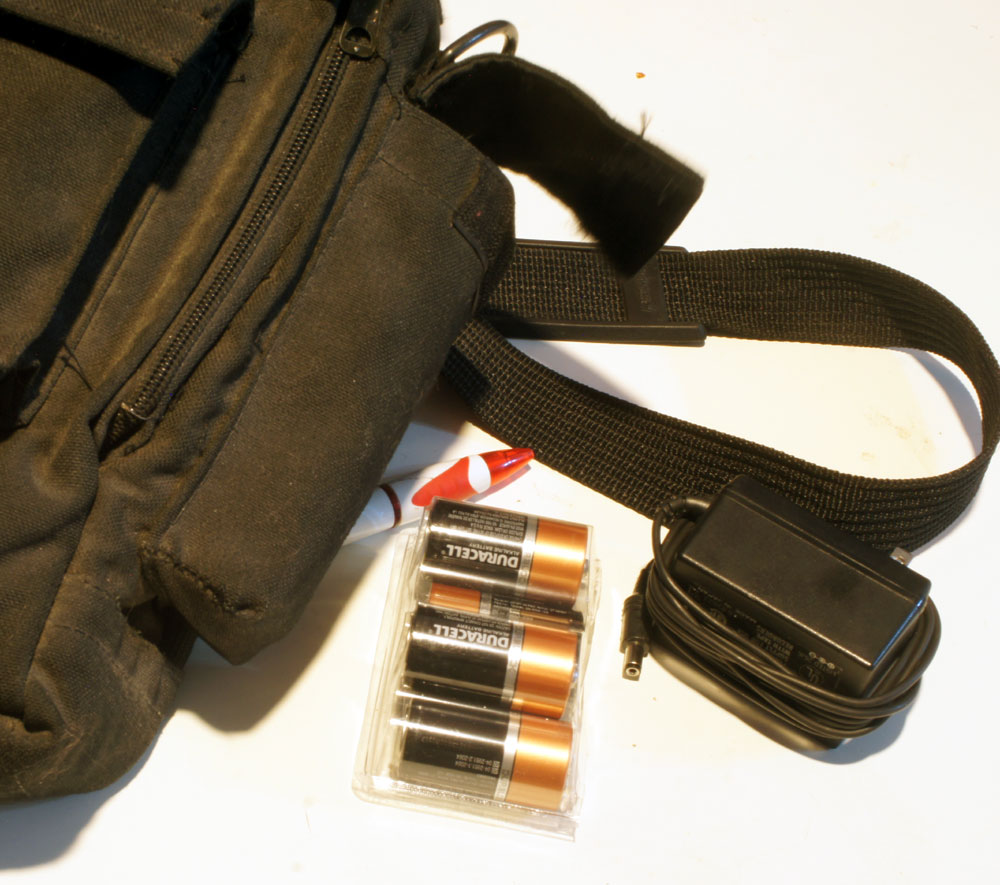 Side pocket: spare batteries for the recorder and a wall wart for when an outlet is handy. 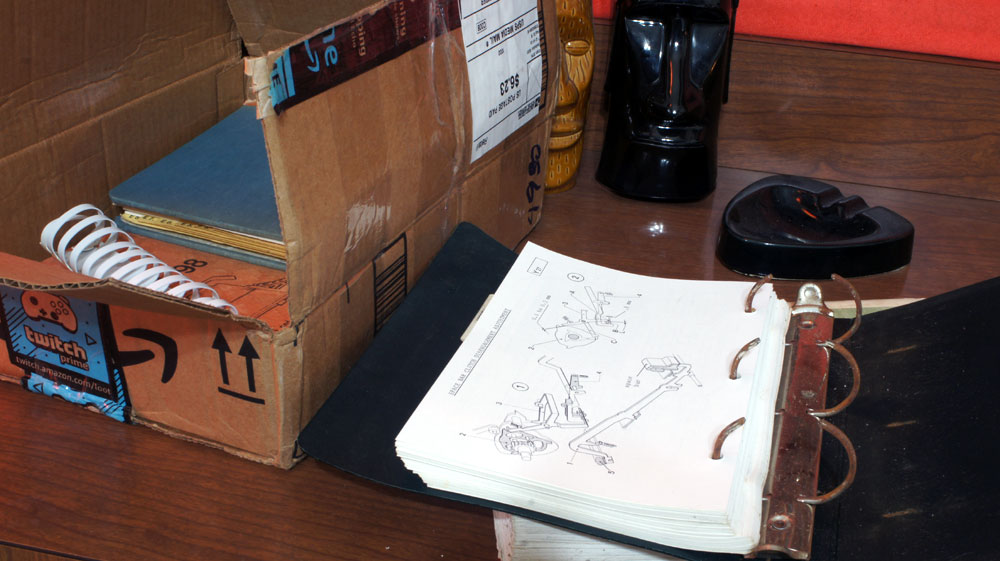 I’d photograph on the Bar, but it’s being used as a staging area for scanning the service manuals sent in this week by John Dillingham from the ATC group. Will soon be adding service manuals for the TA-Adler-Royal SE 1005/1030/5005/5030, Olivetti Linea 98, Olivetti Editor 2/2c/3/3c and Olympia Electronic Compact 2 to the OOPRAP Project.

Oh, and since Joe asked; I get my tapes from thrift stores. Always check the record/tapes section of the stores for un-used *bricks* of blank tapes. Goodwill seems to price them between $3-$6 a brick, without regard to the number of tapes in the brick, but never more than $6 for some reason. I’m down to about 55 remaining, so I suppose I’ll need to cruise some thrifts this fall and re-stock. 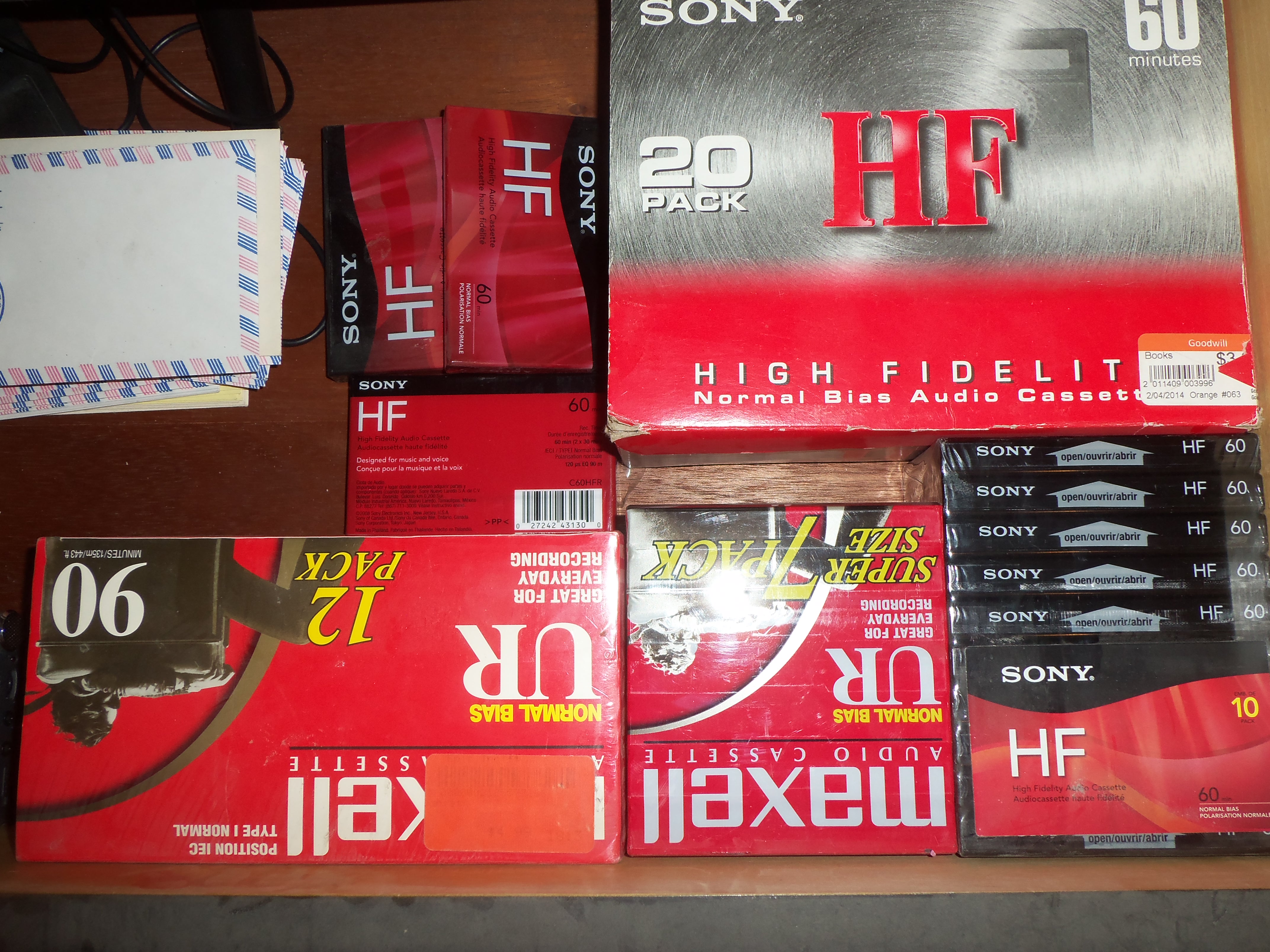