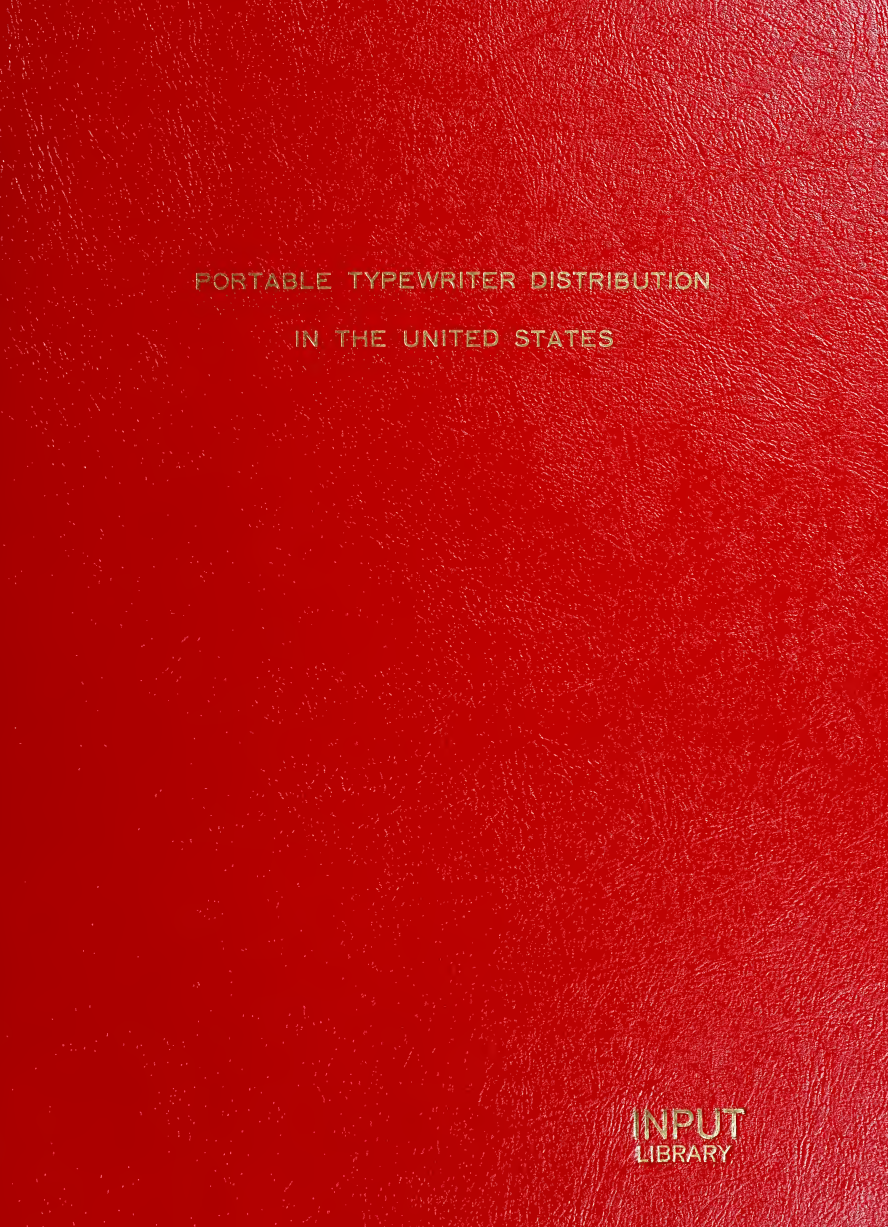 I dug this report up on the Internet Archive awhile ago because it is a market report compiled for Olivetti in early 1981 detailing the current state of the portable typewriter market and forecasting where that market would go as the 1980’s unfolded. The firm, “INPUT”, did interviews with the manufacturers SCM, Brother, Silver-Seiko and Olympia as well as their distributors and dealers – gauging their opinions of the market as well as the hard numbers in sales and profit percentages. Keep in mind, this was right before personal computers exploded on the scene and just as dealers and consumers were about to see a flash of inventive but short-lived reworkings of the concept of what a typewriter was, mechanically speaking (see: thermal and pen-plotter typewriters of 1981-1986). The market in 1980-81 was leery of Electronic Daisywheel typewriters due to the expense of the machines themselves, and the dealers having to re-train and re-equip their shops for servicing them, but ETs were seen as the market segment most likely to actually grow as soon as prices could be brought down. Portable electric typebar machines – the subject of the report – were not seen as a growth item, and dealers only carried them as a convenience to the customer. Standard-sized electric typewriter sales still carried the freight for office machine dealers. 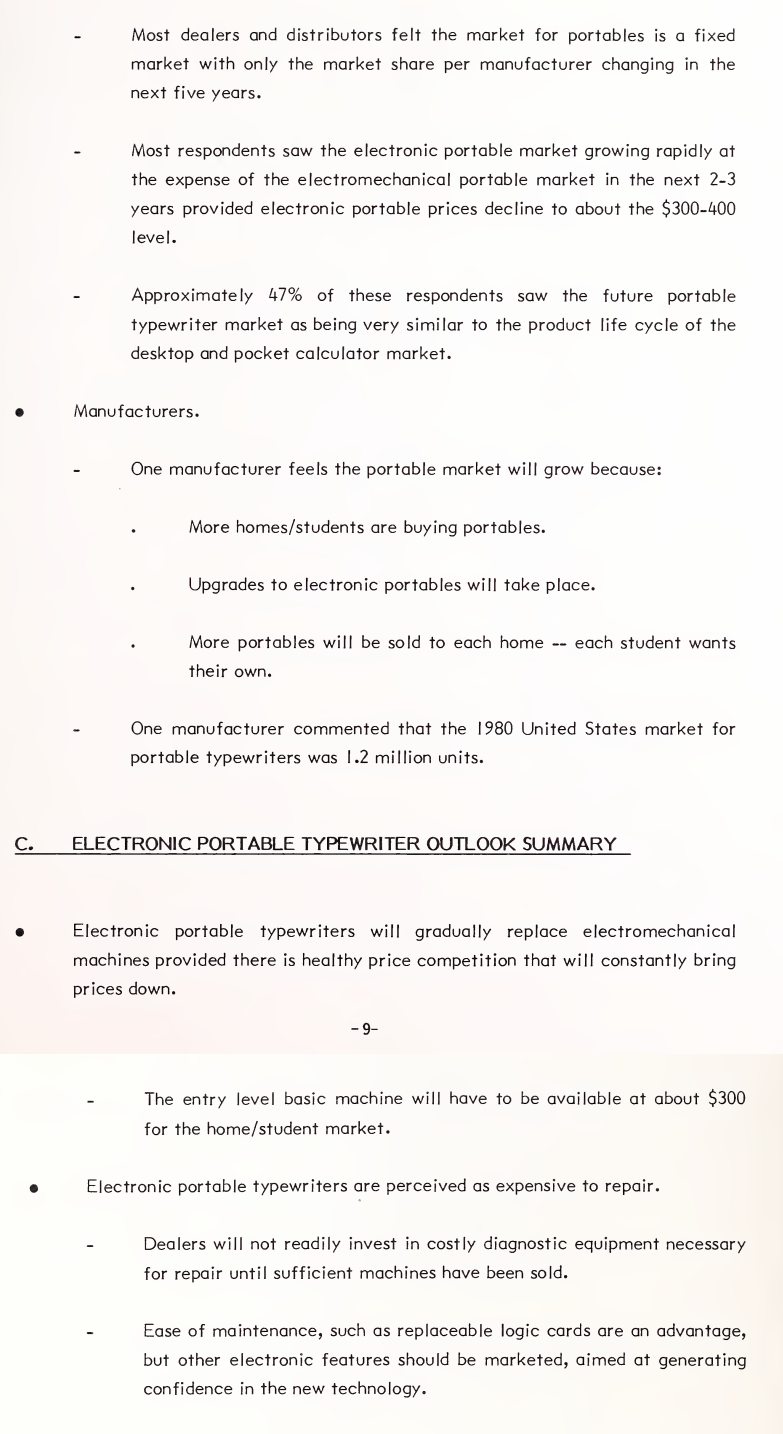 This was somewhat optimistic, of course. By the time that electronic wedges got cheap enough to displace electric typebar machines, the personal computer had taken the lions share of what used to be the typewriter market, and ETs were scrapping for the rest of that market, leaving portable typebar electrics and manuals out in the cold. By 1985, SCM, previously the portable typewriter market dominator, shut down its portable typewriter production in the US. Brother ceased making typebar machines by 1987 along with Silver Seiko, and it was all electronic machines after that point. 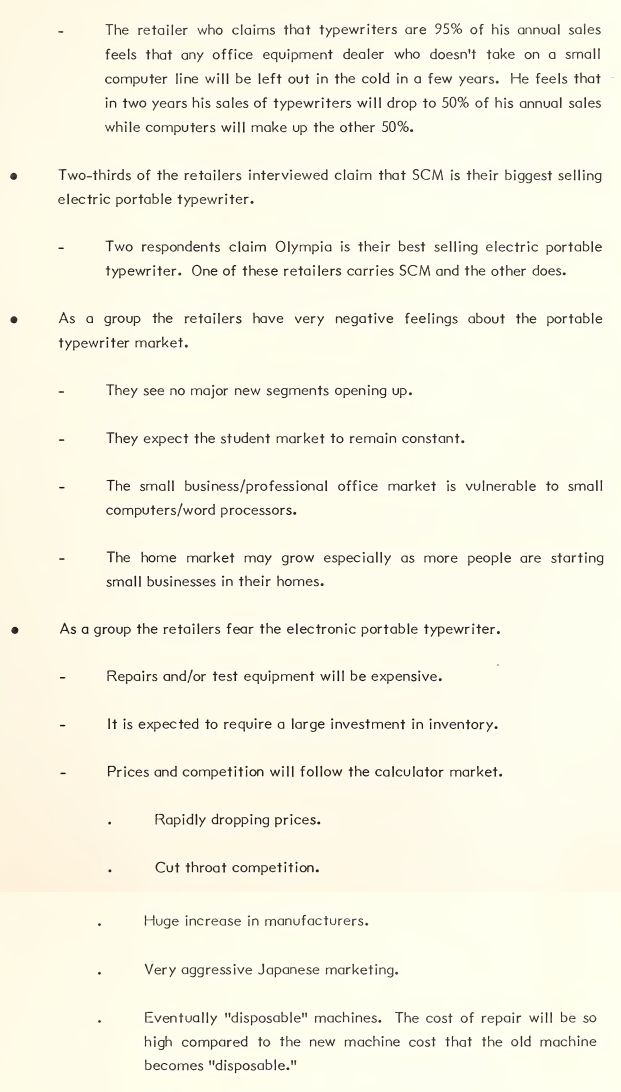 The thing I find most interesting, though, is the dire tone in the last paragraphs of the report to Olivetti. Of special note is one retailer’s warning that they were soon expecting typewriter sales to drop from 95% to 50% of sales, with computers roaring in to take that other 50% share of sales. That must have set Olivetti’s pants on fire to get into the personal computer manufacturing business, because they certainly did so. SCM, Brother, Silver-Seiko and Olympia – Olivetti’s competitors mentioned in the report – did not get into the computer game, and suffered for it.