A man of the cloth and the steel he wields
munk
From the Desk of Reverend Munk, Typewriter Repair 101, Typewriters In The Corral
10 Comments 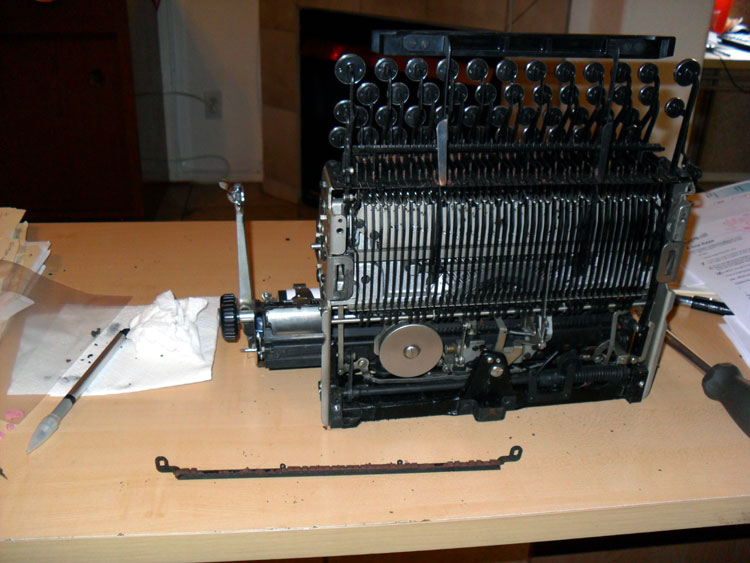 Kipling partly disassembled, with the offending part removed for refurbishing 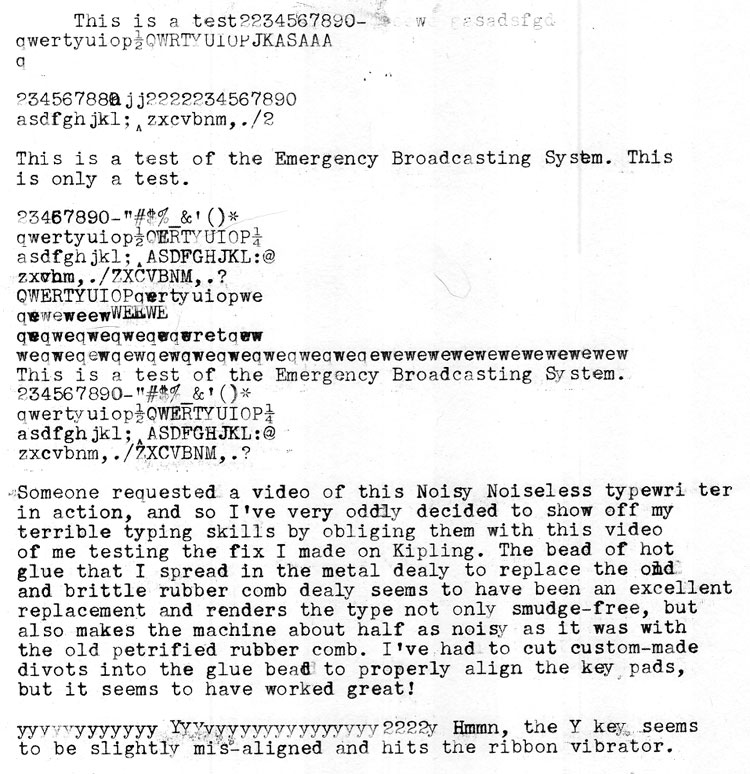 What i originally thought was petrified leather, actually what used to be soft rubber, is since 1938 turned as hard and brittle as glass. This is the comb pad that keeps the keys from going full-travel.

As the old rubber was pinched into the metal bit, replacing it with another would be difficult (even assuming I could find a replacement). I think you were prolly supposed to replace the whole part, metal bracket and all. I settled for digging out the old petrified rubber and setting a bead of hot glue in there to replace it. 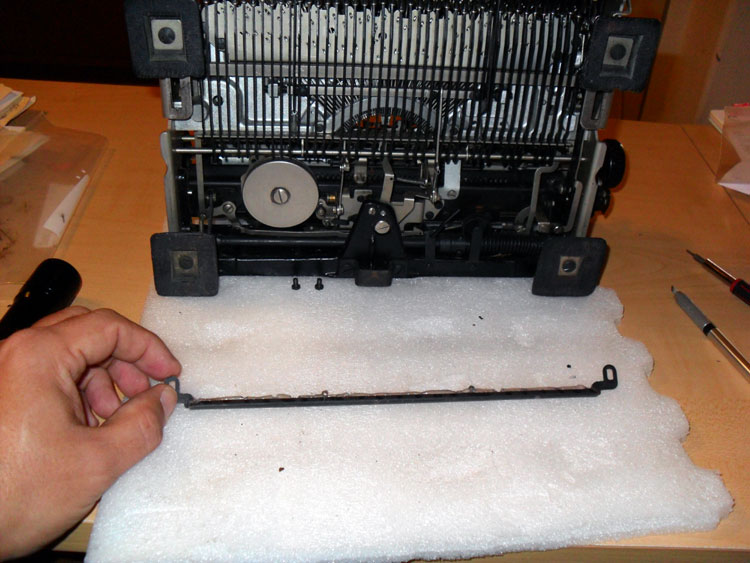 The hot glue is dried and slots cut in it with an exacto knife where the keys are low enough to need to travel through the pad. Ready for re-installation! 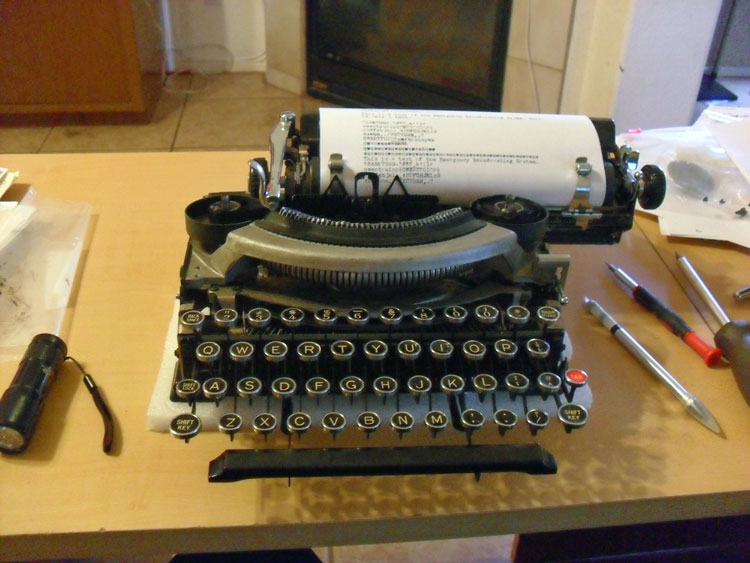 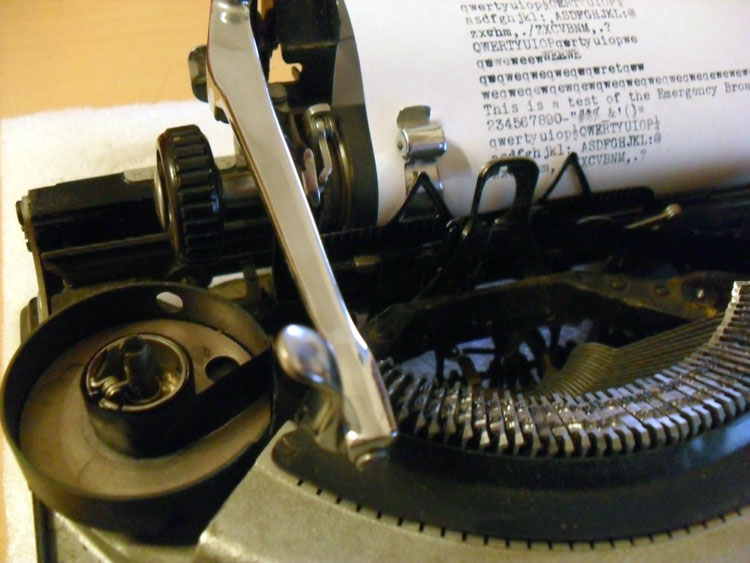 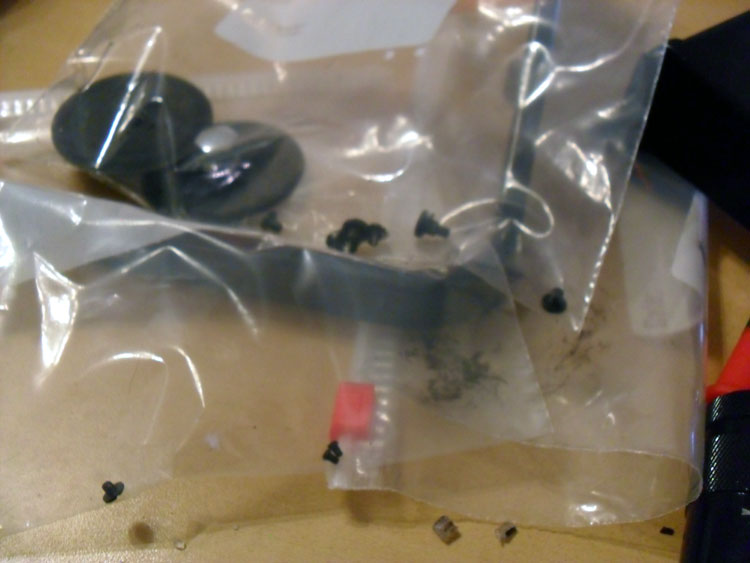 There are lots of tiny screws holding stuff together, even a couple that are about the size of eyeglass screws. It’s recommended to keep them in separate baggies to keep track of which sub-assembly each set goes to. 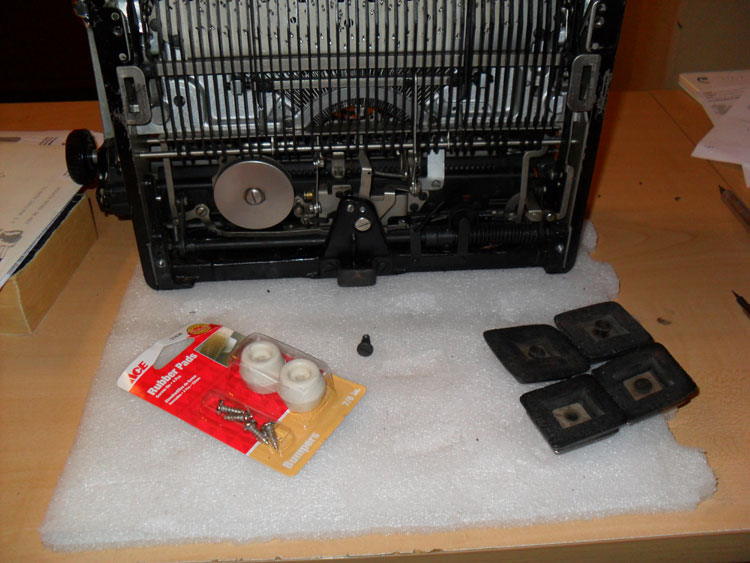 While we’re at it, let’s replace the squished and petrified feets with some soft and even, but not even remotely the same shape or color replacement feets. (: 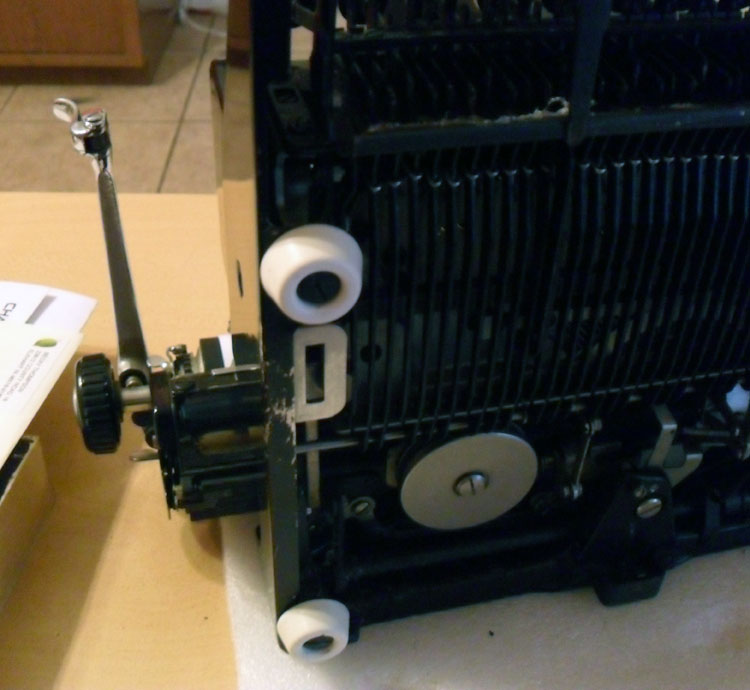 Functional new shoes for Kipling. I’ll keep the old ones in case someone eventually manufactures exact replacement rubber for the mounting hardware. For now, this will keep him solidly gripping the desk instead of wobbling around and sliding everywhere… 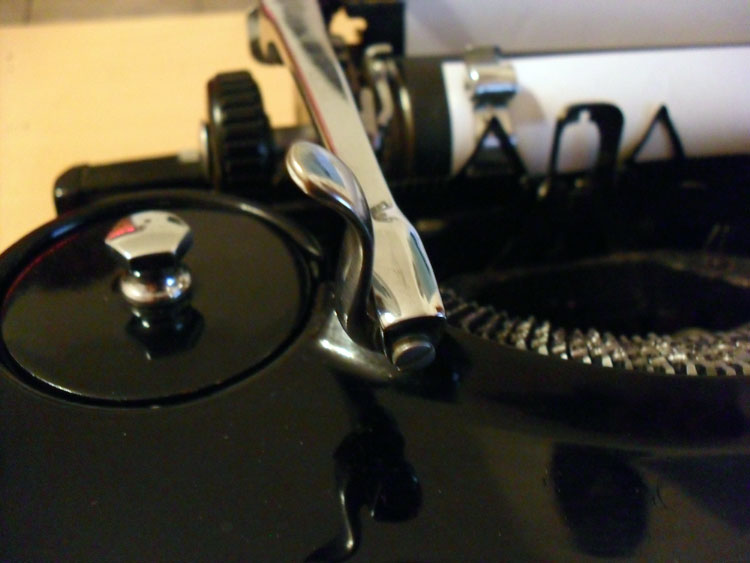 Everything reassembled and body plates shined up! 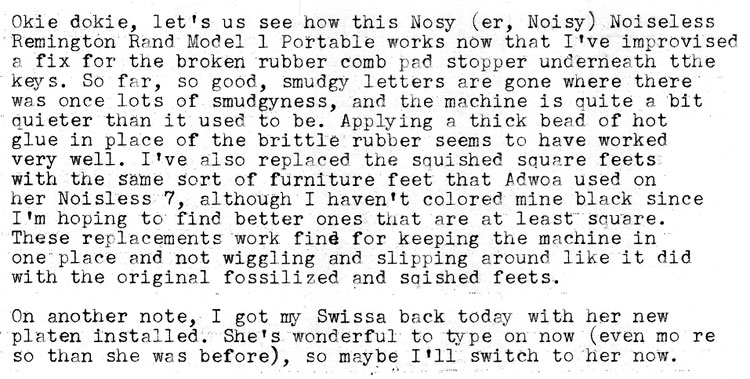 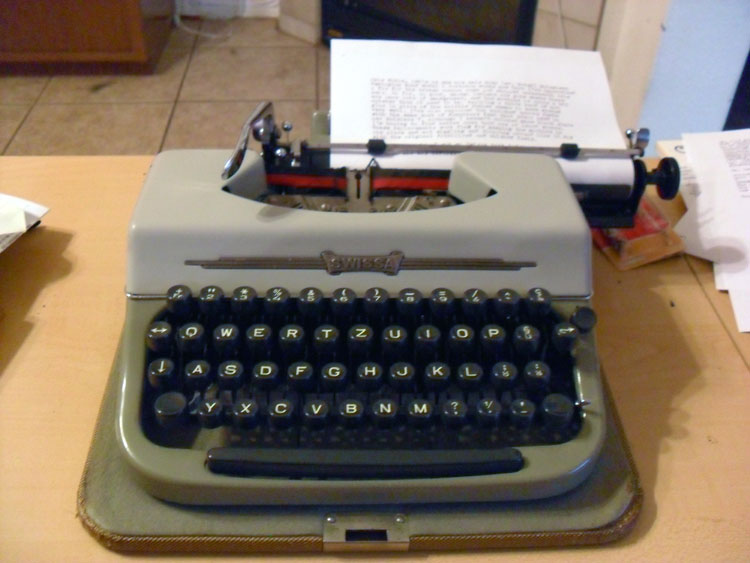 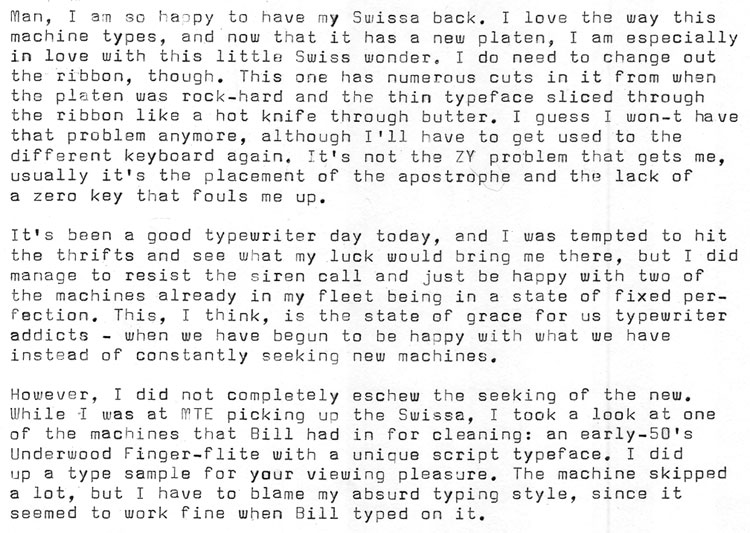