A man of the cloth and the steel he wields
munk
From the Desk of Reverend Munk, Thrift Store Photo Gear
15 Comments

Finally got my Paterson Universal developing tank in the mail today, and so I embarked upon developing my very first roll of film since about 1988. Just to make things interesting and cheap, I had prepared by obtaining 70 some-odd rolls of various C-41 process color print film that were well past their expiration date. Additionally, I was going to develop this wildly out-of date film in a soup composed of cheap instant coffee, washing soda and vitamin C, like I was some kind of tree-hugging hippy. 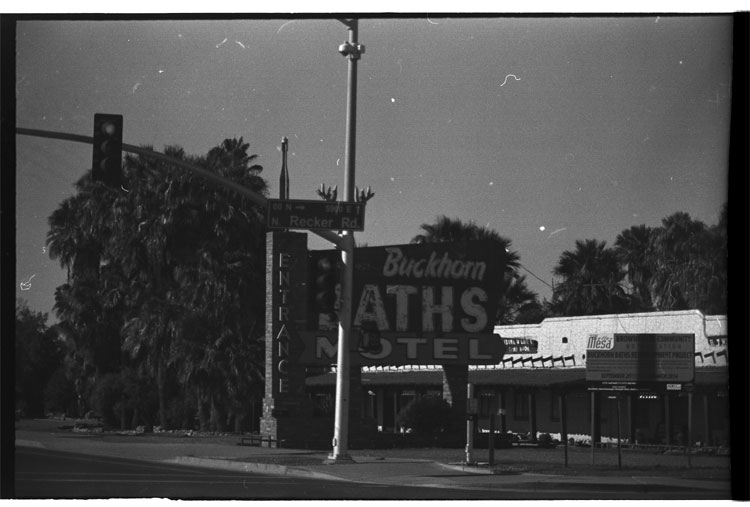 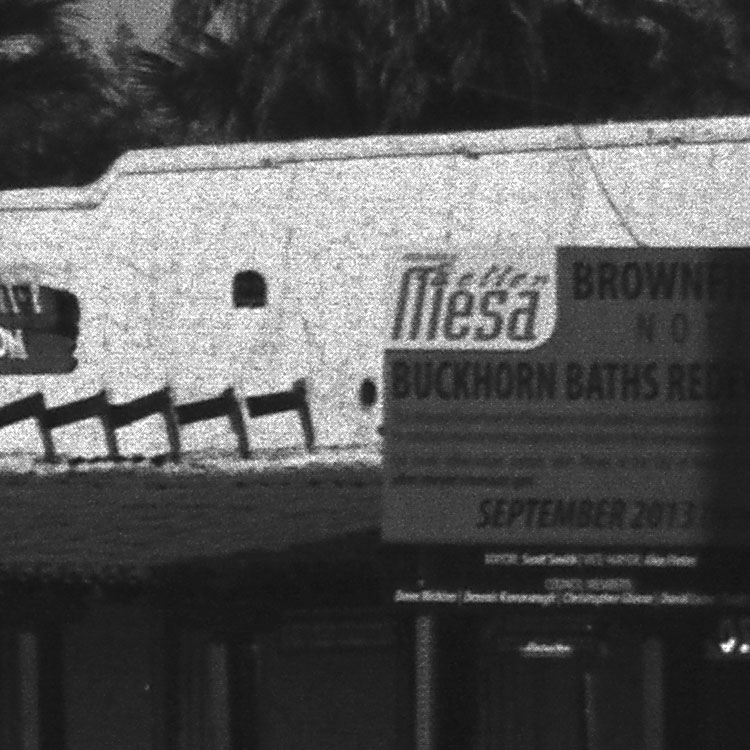 100% crop of the above frame. Noteable grain and lack of contrast, but much better than I’d expected, considering what this film looked like when processed by Walgreens.

Well, my motivations were primarily aimed at minimum expense, but the earth-friendliness of Caffenol-C didn’t hurt any. The randomness and faultiness inherent in using 15-year-old film is also interesting to me. Film photography itself is something of a delayed satisfaction kind of thing, and added surprises can be delightful. 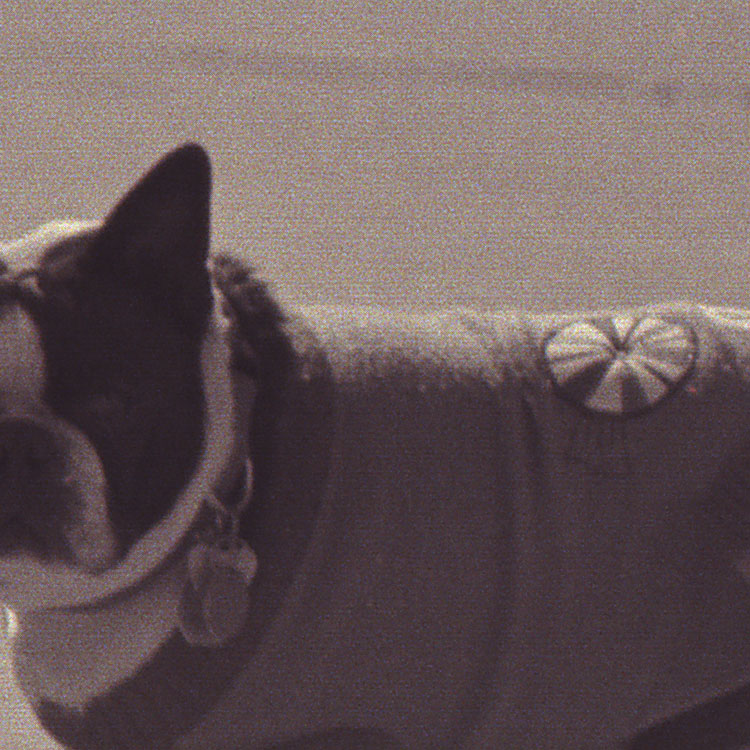 100% crop of a frame scanned as “color negative”. This purple-ish sepiatone is all the color you get from Caf-C

Considering the cost (probably not much more than a buck a roll, counting what I paid for the film itself), I’m prepared to be happy with grainy, high-contrast black and white results. I’m not expecting to get results like brand new black & white film, but I’m hoping to make this a useable process that can be depended on to provide fairly consistent and pleasing results. Many photographers have experimented with Caffenol-C before, and the method has a proven track record with all sorts of films. I won’t be treading virgin ground here, but I intend to make this my primary process for enjoying film photography cheaply. 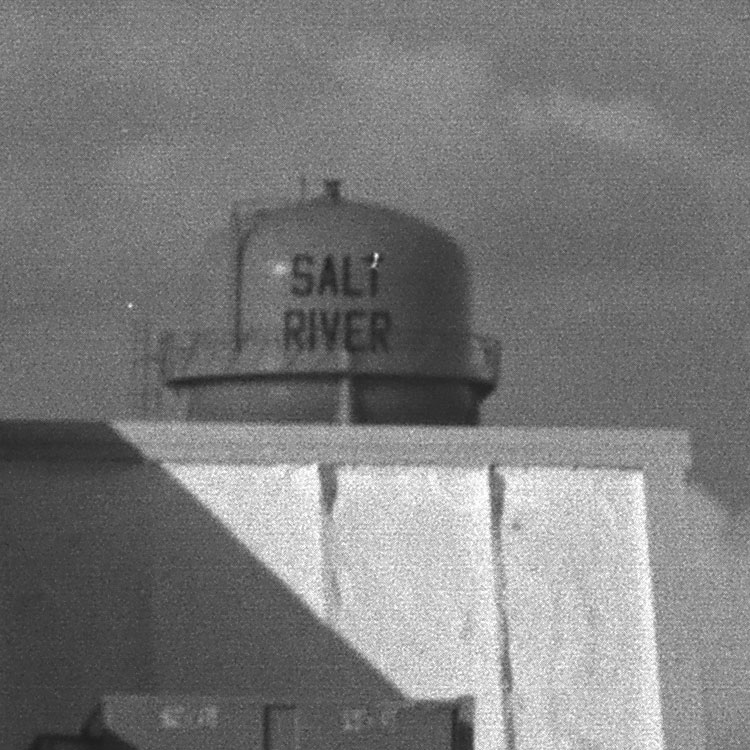 So, my first roll tonight was a roll of Kodak Gold 100 C-41 color print film that had expired in 1997. I shot this roll over the past couple of weeks in the “Truck Camera”, a late-70’s Vivitar 250/SL M42-mount SLR. The Caffenol-C recipe I used is distilled from reading a number of recipes and choosing what seemed to work for people who had good-looking photos:

1) Mix up your Fixer. I use Kodak fixer, and it doesn’t seem to matter much which you use. This you can re-use several times and store for awhile, so just pre-mix it and keep it handy in a jug. 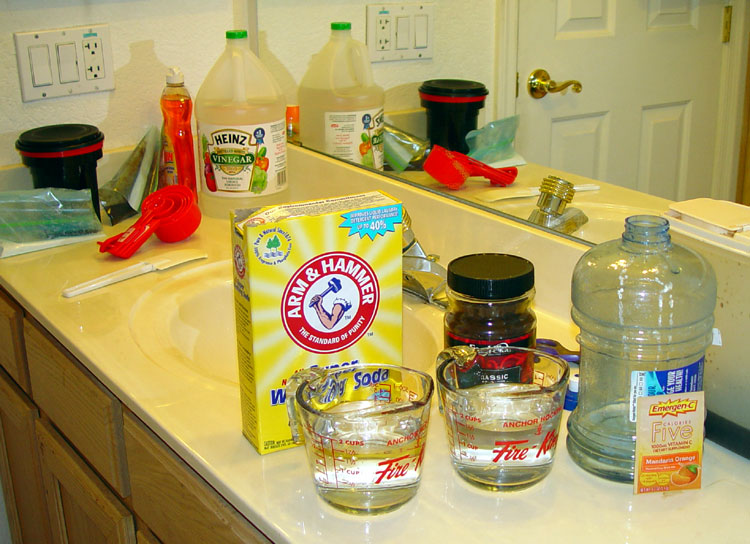 3) mix a 1 tsp. packet of Emergen-C (or powdered vitamin C) in the first container.

4) mix 7 level tsp. of Washing Soda in the second container. make sure to get all the chunks dissolved.

6) when you are ready to develop, mix these three containers into a large jug and mix well. This is your Caffenol-C developer, and it doesn’t store for long, so use it pretty quickly.

7) In total darkness, wind your film to be developed into your developing tank spools, and snap in the top funnel to make the tank light-safe. Once this is done, you can turn the lights back on.

8) pre-soak your film in plain tap water for about 5 minutes, then dump the water out.

9) pour in your Caffenol-C developer solution, fill up the tank completely. Snap on the watertight lid and start agitating for the first full minute. You’ll be developing for 16 minutes, agitating 3 times each minute and tapping the tank on the sink to clear air bubbles.

10) while you are developing, rinse out your 3 empty containers and fill 2 of them up with water again. Add about a half-shot of vinegar to one of them, and just sit some dishwashing liquid next to the other.

11) after developing for 16 minutes, dump out the developer and pour in the container with vinegar water in it. This is your stop bath. Agitate 6 times and dump.

12) fill the tank with tap water and agitate 6 times, then dump and do it again.

13) pour in your Fixer, and fix for 5 minutes, agitating 3 times per minute.

14) pour out the fixer after 5 minutes (just put it back in your fixer bottle, it can be re-used) , then fill tank with tap water. agitate 3 times and dump.

17) put a drop of dish soap in the last container and pour it into the tank, filling the rest with water. Agitate slowly 24 times and dump.

18) rinse out the soapy water, and you can now take the reels out of the tank and hang them up to dry. 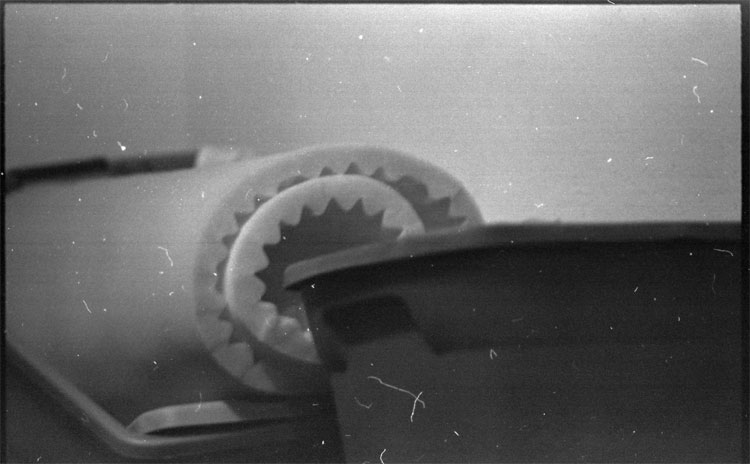 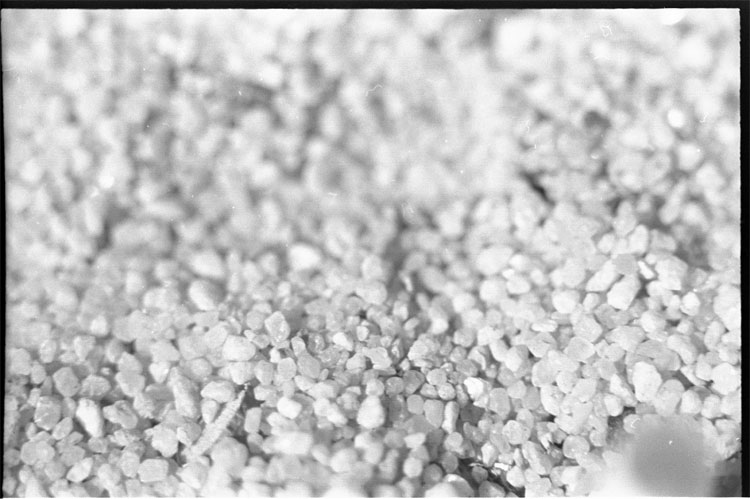 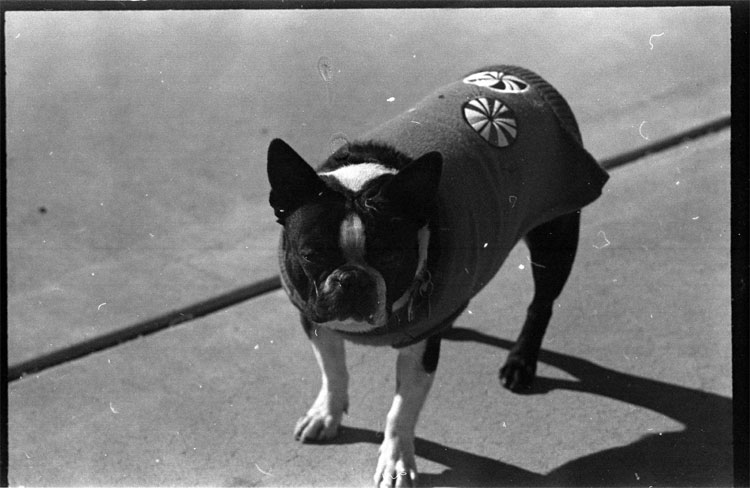 I’m certainly not the first Typospherian to get the “develop your own film in coffee” bug, but I didn’t know about Clickthing’s experiments in 2009, where he Caf-C’d a bunch of hand-rolled B&W film, and was pleased with his results. His recipe and process are a bit different than what I used, but the method seems to be very forgiving about methodology.