This is a story that you may have come across either in the Yahoo GolfBallTypewriter forum or if you happened to check out the Typewriter Database entry on this particular machine, but the Professor and I felt the story needed fleshing out – the sort of report that works well in the TypeCast format. I offered to publish it if the Professor would write it up, so without further flimflam, here’s “Restoring an IBM Composer” by ProfessorC, with IBM Composer typesetting and photos by Clark H.: 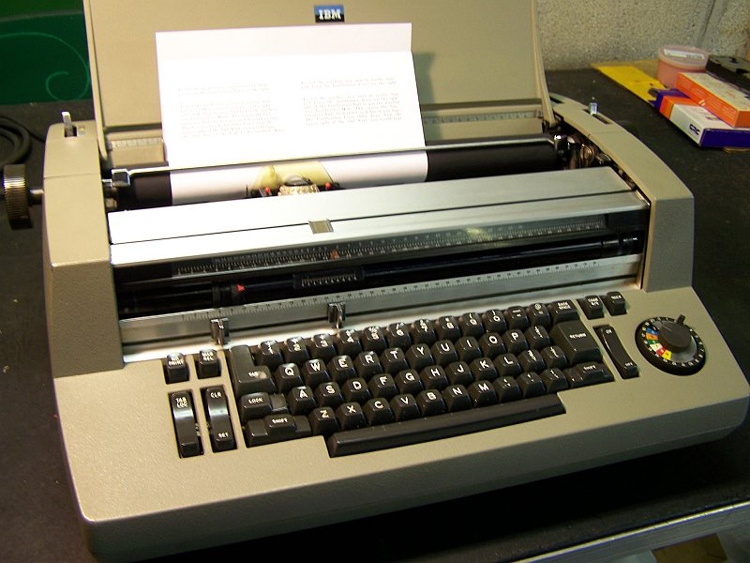 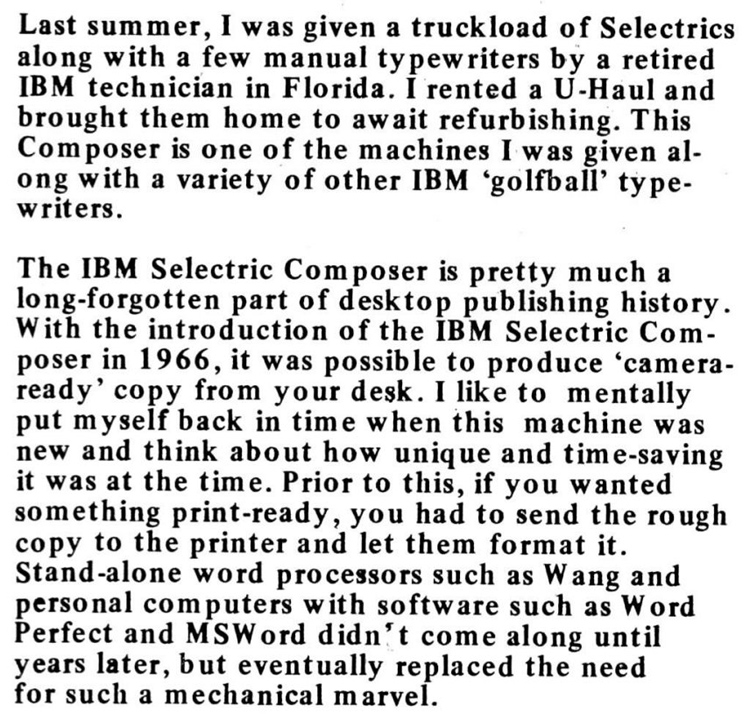 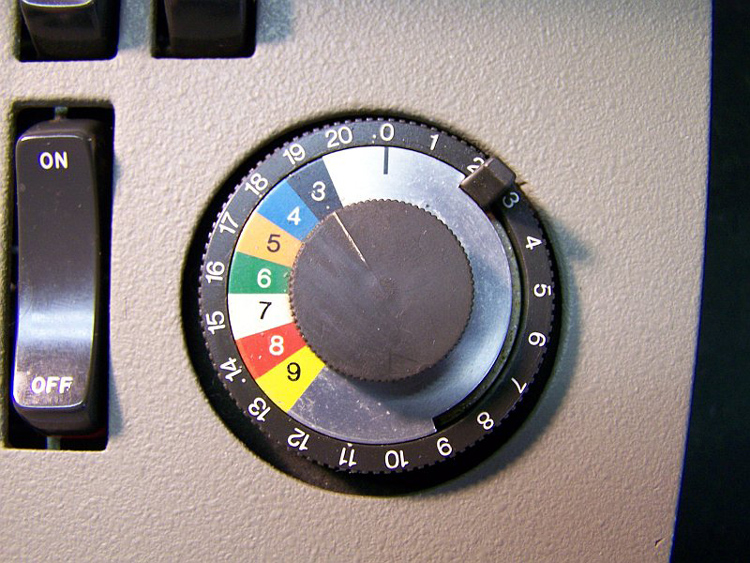 Justification Dial. The center knob changes the width of spaces, the outer knob is set to the number of spaces required. 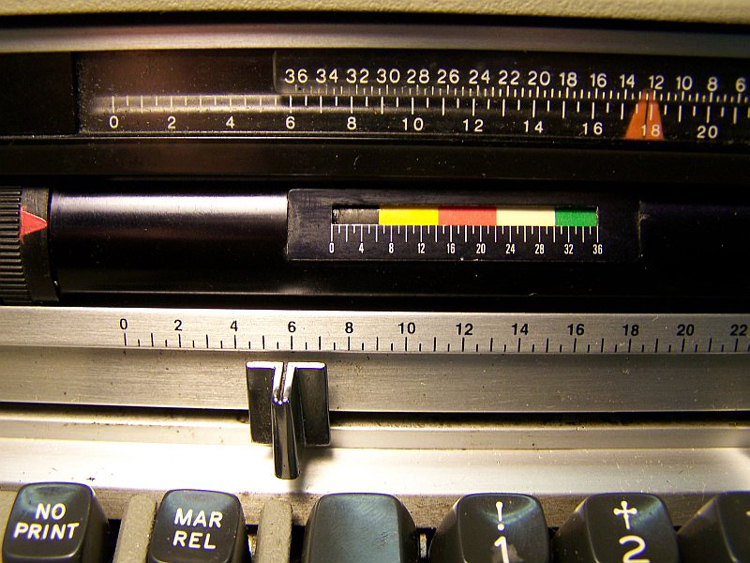 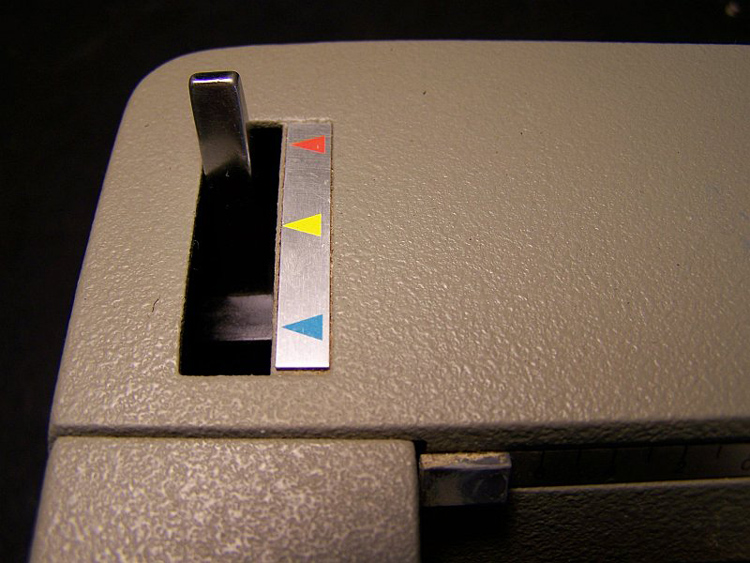 Pitch selector. Three different pitches are selectable. The color of the arrow corresponds to the arrow color on the type element. 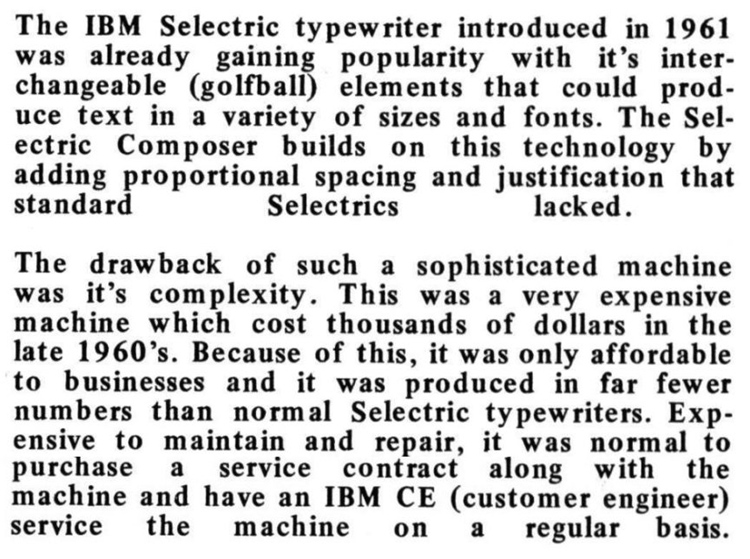 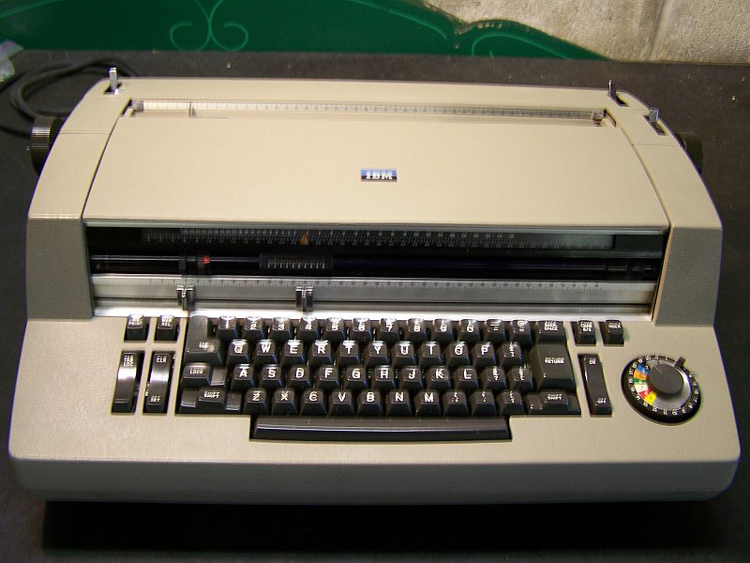 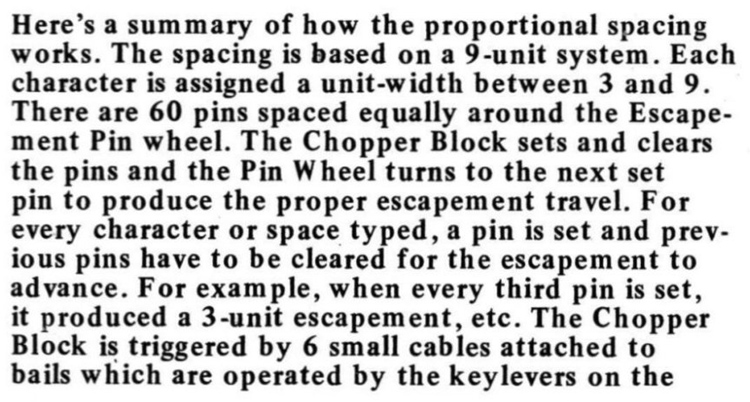 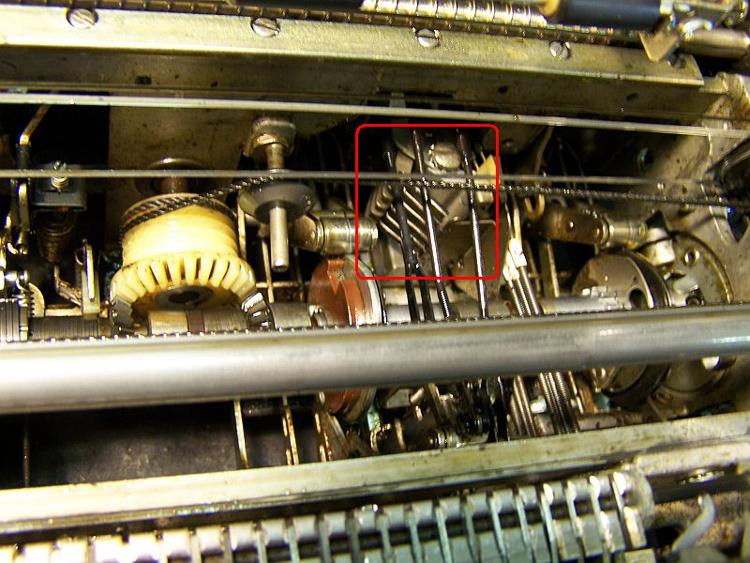 This is the chopper block that allows between 3 and 9 unit spacing for each character or space. It is actuated with 6 small cables from bails on the keyboard. 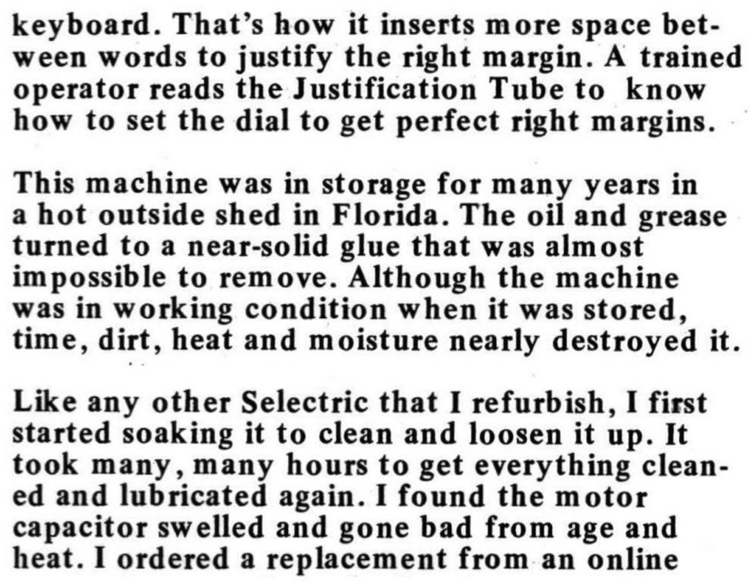 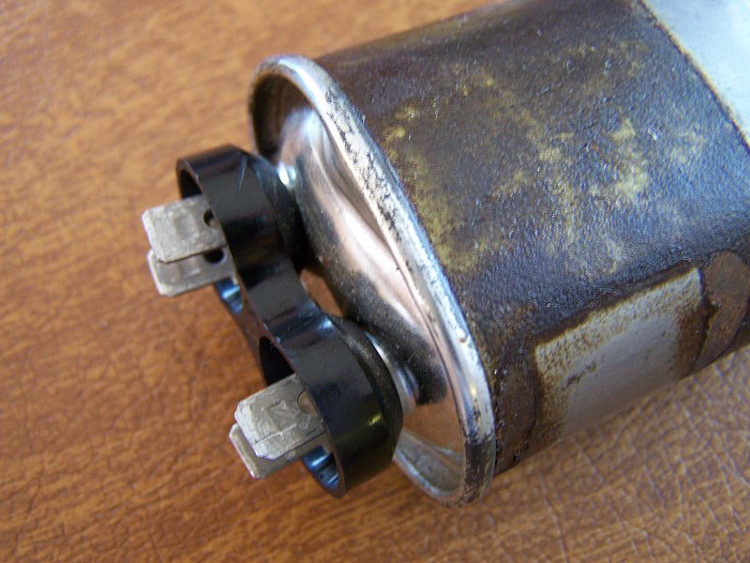 Swollen, bad capacitor. The motor was running slow and got really hot until I replaced it. The brown film on the capacitor is baked-on oil! 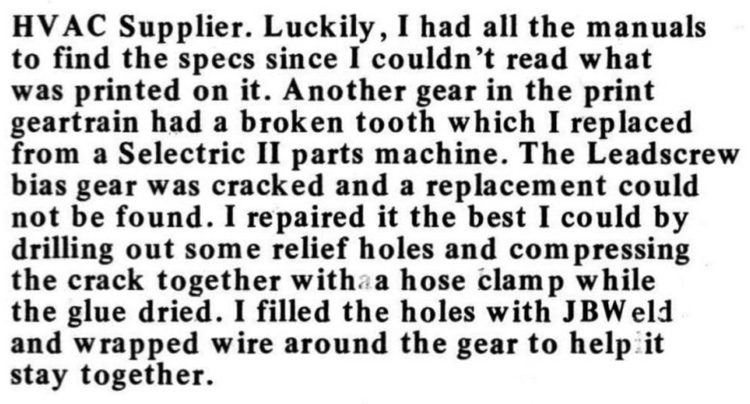 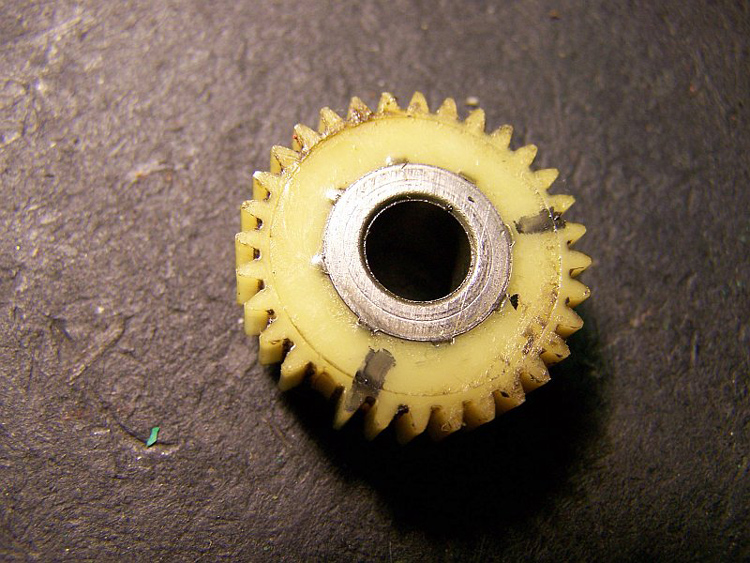 Tooth missing. Replaced with a similar gear from a Selectric II. 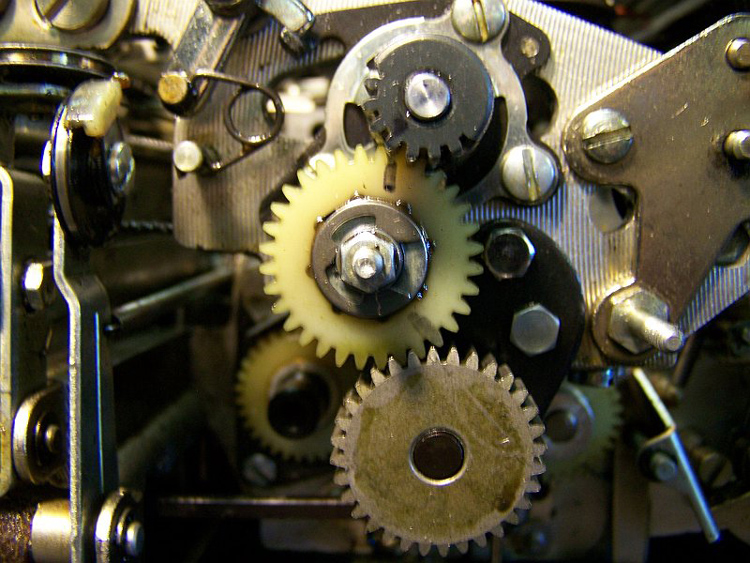 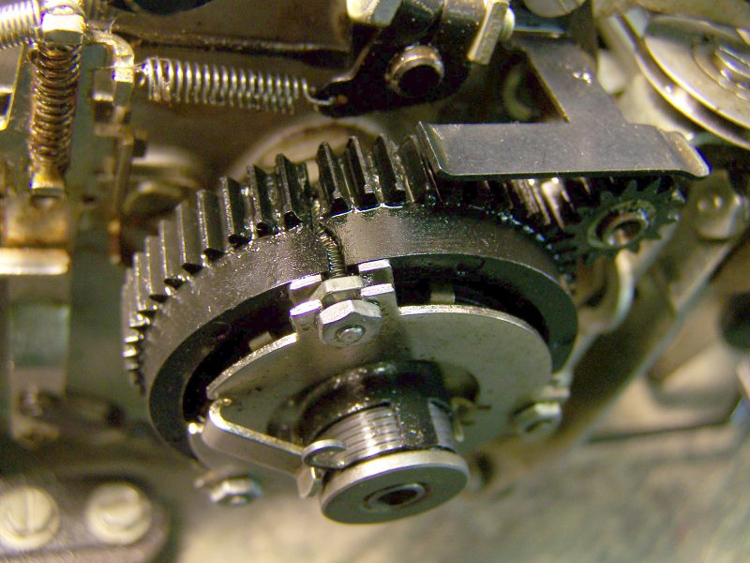 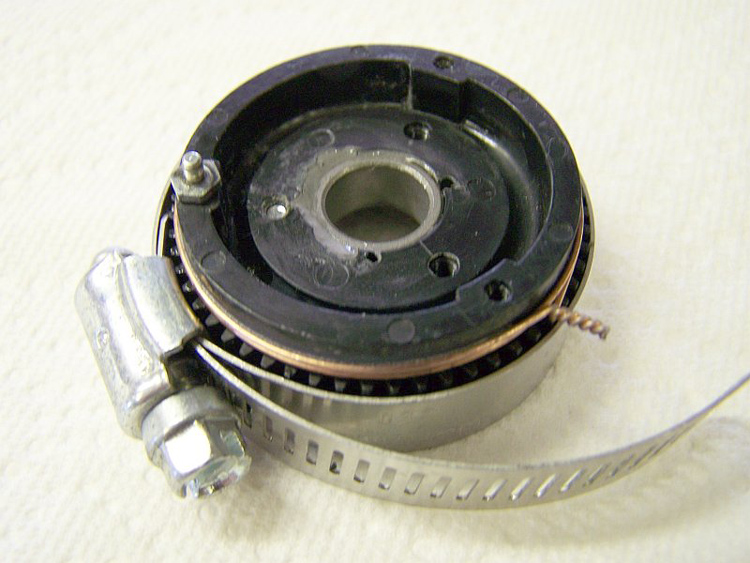 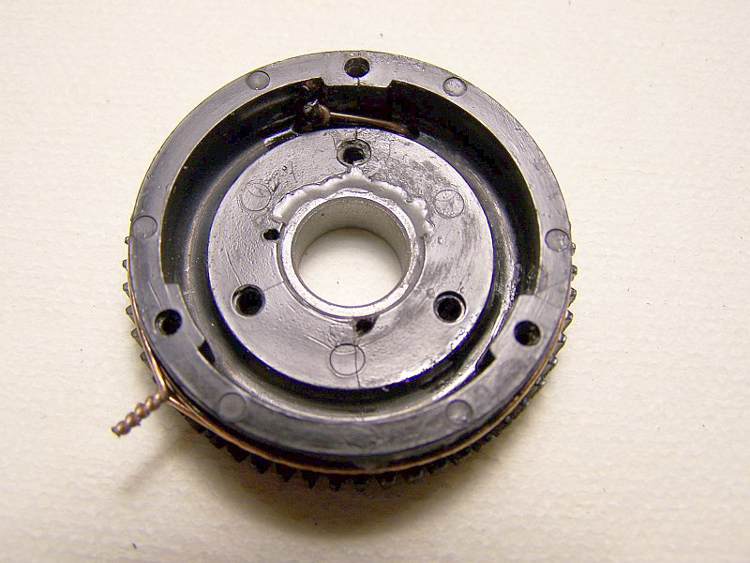 Leadscrew Bias gear after repair. The drilled-out areas were filled with JBWeld. The wire does not interfere with the operation. 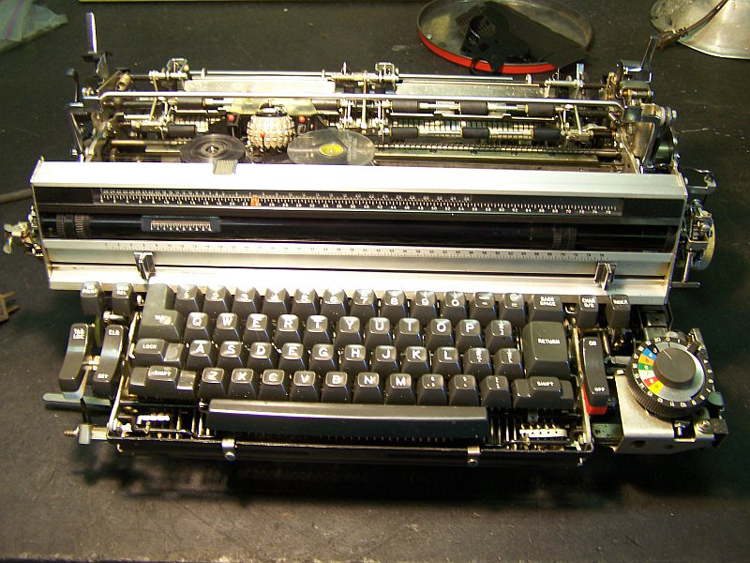 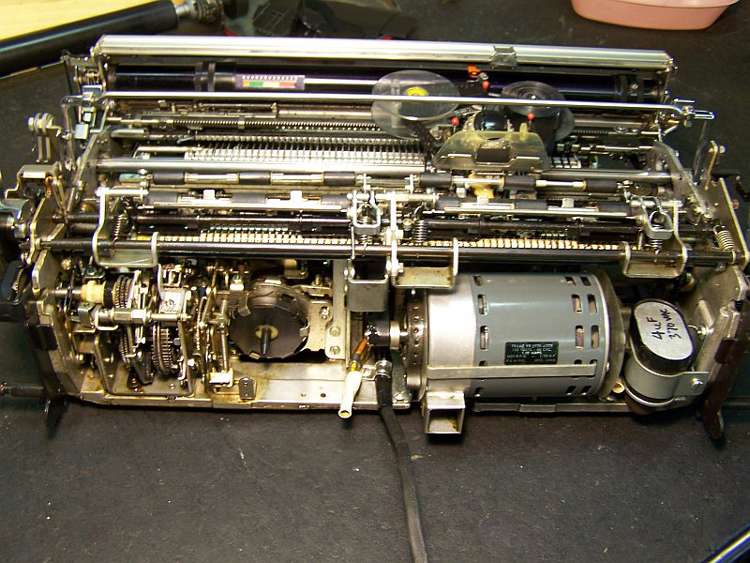 Rear of the machine with Escapement Geartrain and Pinwheel in the lower left. 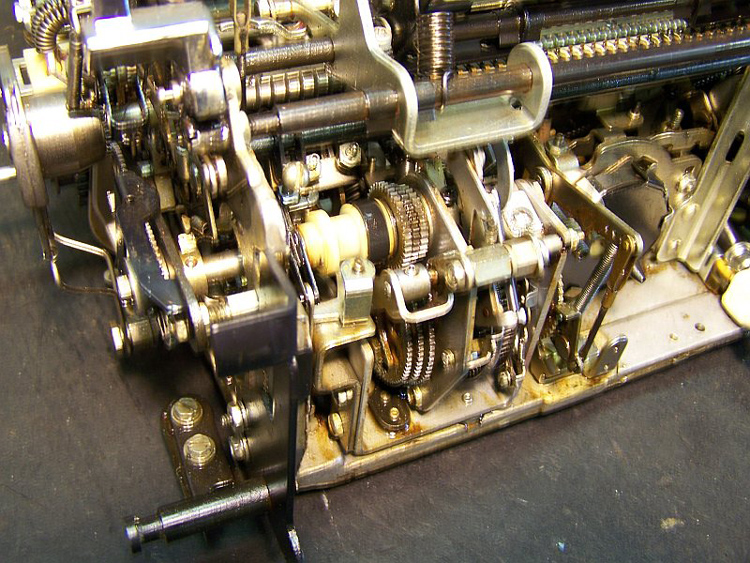 The three sets of incremental-size gears allow the three different escapement pitches. A gear changer engages only one set at a time. 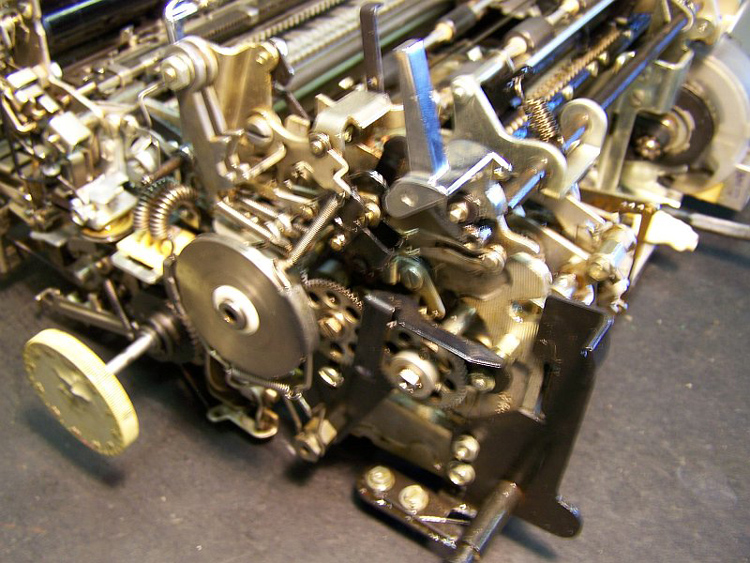