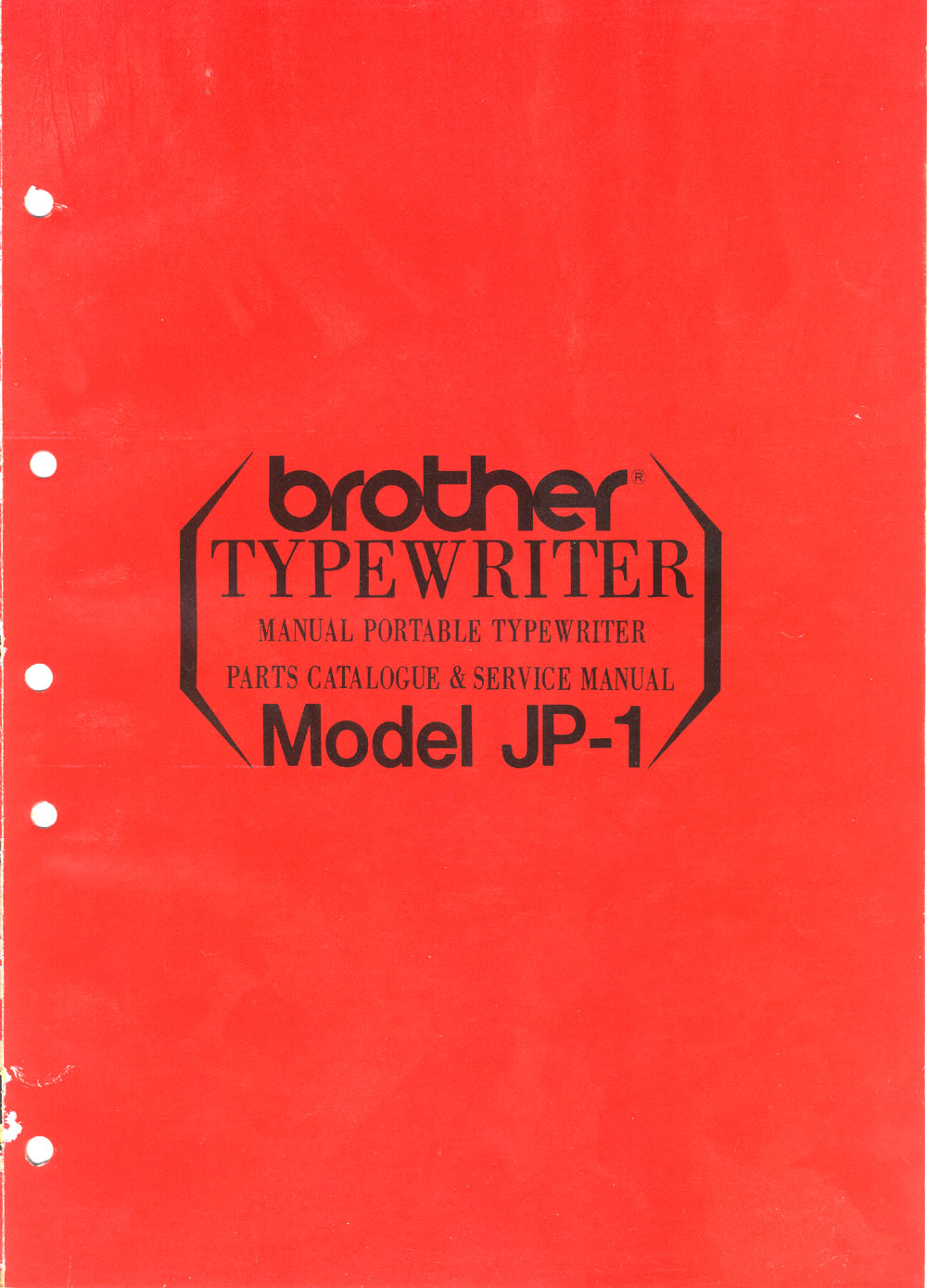 Interesting, eh? I was at MTE today poking around at stacks of old service manuals (a large leather-bound Victor Calculator Service Manual binder caught my attention, but it turned out to be filled with the service manual for a Smith-Corona Electric), and Bill mentioned that he had 2 boxes of old Brother service manuals that he’d inherited from Sanders Typewriter Service after the owner’s death. They were duplicates of ones he already had, so he lent them to me. Booya!

I carted the two boxes home, knocked years worth of dust and mouse poop off ’em and took a look at the jackpot. My first target wasn’t far from the top of the pile; the Brother JP-1 Parts Catalog and Service Manual. Yep, a full illustrated service manual for the beloved Brother ultra portable (and incidentally the many clones and labellings of this highly successful design), and a detailed parts catalog listing every spring, nut and washer and showing where it goes. Oooh, baby – I know what I’m reading tonight. (:

What’s more, as I mentioned, there’s a pile. Two full boxes worth of Service and Parts Manuals for almost the entire Brother line from the JP-1 to the JP-18 (and here I thought it only went to JP-3!) 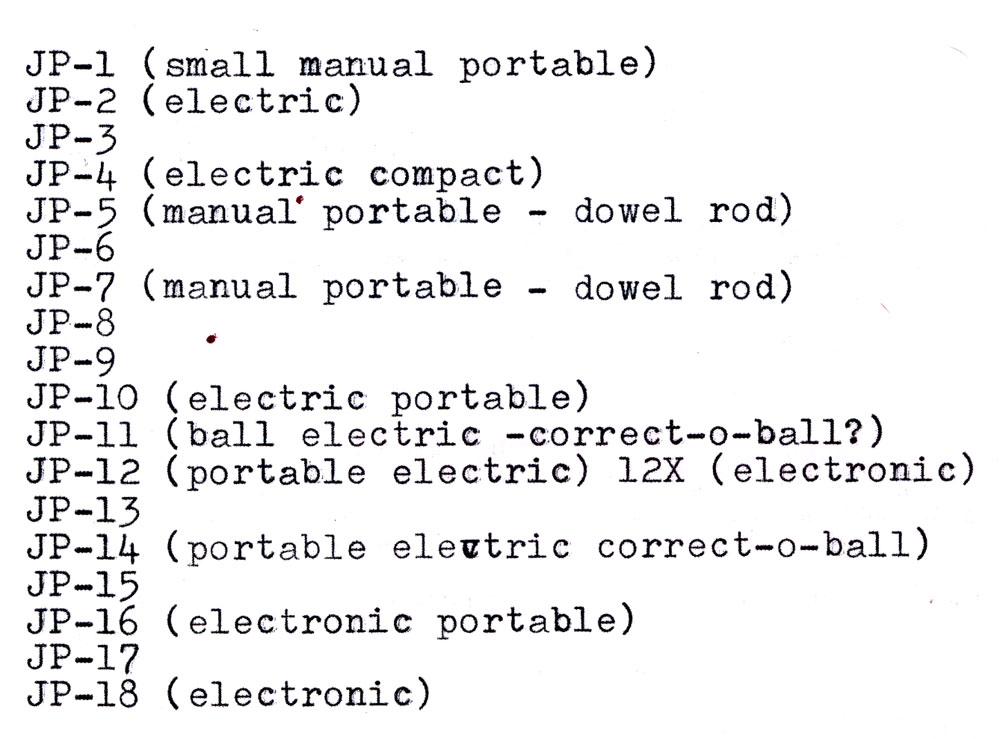 Sadly, I’m missing the JP-3 manuals, a model I do know exists (I have one), so the others I’m missing might actually exist also. In any case, I can immediately glean some basic information such as the list above where I quickly note a description of each JP model I found manuals for. The JP designation seems to have ended after the JP-18 wedge machines, as I do have manuals for additional later machines like the Brother WP-series Word Processors and a Brother dot-matrix printer.

Boy, have I got a job ahead of me parsing through this mountain of information, but I suspect I will be able to generally relate years to models for just about all the Brother daisywheel wedges just by the publication date for each service manual. That oughta be easy enough, but as I dig deeper there might be more – I see some serial number tables mentioned in the thousands of pages here.  The problem will be finding the time to parse it. I’ll need to break the task up into manageable chunks like “scan the JP-1 stuff first and find someone to PDF it“. I seem to have been lent the material for an undefined amount of time, so there’s the luxury of pulling out the tastiest bits for now and poking at the rest later. Just organizing the unopened catalog envelopes full of Brother official updates to the manuals will take some time. An early order of business will be to dump the mouse-gnawed binders and organize the sections chronologically…