A man of the cloth and the steel he wields
munk
From the Desk of Reverend Munk, Typewriters In The Corral
4 Comments 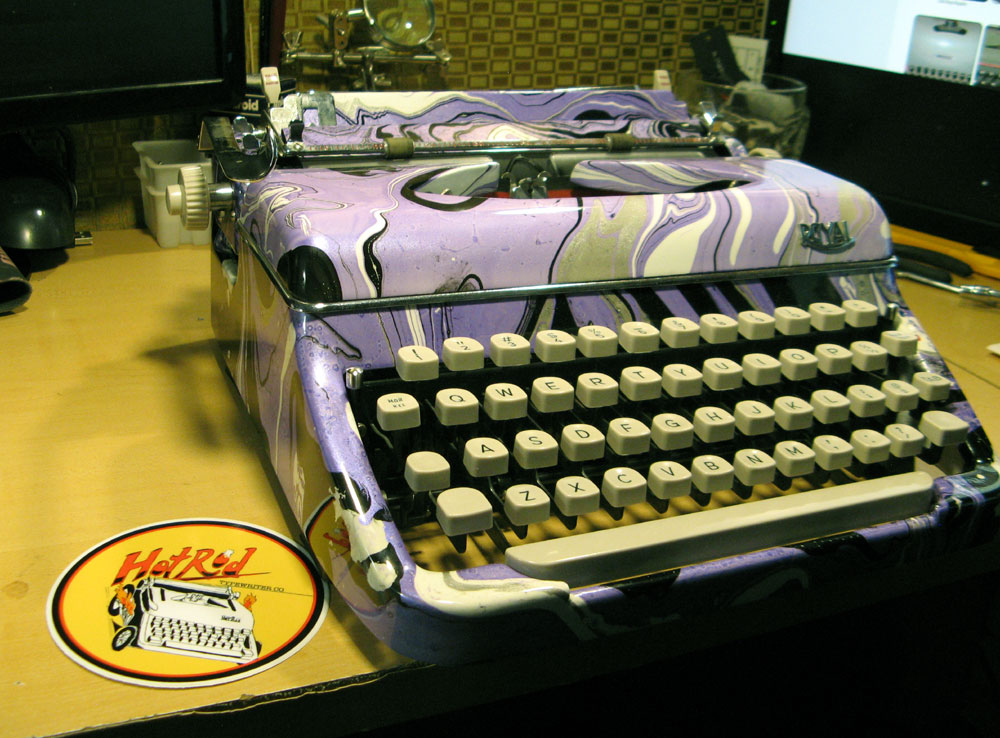 Weapon of Choice: “Wonka” 1960 Royal Diana #DTP 117054
I have been a very good boy this year, and haven’t purchased a single typewriter – in keeping with my desire to slim the herd down to 50 or less. I’ve even set aside two of my collection to give away to other collectors that I think would appreciate them. The Typewriter Gods apparently aren’t in favor of my plan though, it seems. While I haven’t *purchased* any typewriters, I did trade some labor for one back in January (First Score, 2022) and now, I’ve straight-up been gifted two more (one’s still in the mail, hopefully to be unboxed at Sunday’s TCL). Here’s the first one to arrive…

So I was watching the newest Hot Rod Typewriter video on the ‘tube and enjoying the tour of a machine that Gerren had dip-painted earlier in the year and was now putting up for sale. I’ll be frank and say that he was clearly dog-tired and babbling about how he really didn’t trust the machine, or Dianas in general due to their complexity in mechanical operation. During the video, he swung between praising the mechanics of the design and how it was one of his favorites and trashing it for being too fiddly – in the end doing a not particularly good sales job, but greatly elaborating on details of the machine’s mechanical design in an entertaining and educational way. I’m sure he would have sold it anyway, but I commented on the video saying “you need some sleep :D” – because it really sounded like he needed 40 winks and a fresh morning before mounting his sales pitch, IYKWIM.

His reply was mysterious, but intriguing: “Check your mailbox soon…something big and purple lurks your way”. Huh? Surely he wasn’t sending me this beautifully psychedelic purple prose machine just for advising him to hit the hay in a Youtube comment, right? Well, next day I get a DM in my Facebook telling me “Merry Christmas!” and forwarding a tracking number. Now, at this point, I still don’t know that I’ve actually been gifted a Hot Rod Typewriter early career original from the artist himself, but it sorta looks like that was the case. I set about to stew in anticipation for a few days and gather fun stuff to put in a box for the return volley, because yes, gifted typewriters count as “Correspondence” and Gerren is on Episode 3. (:

Unboxing Video (Sorry, no sound – OBS shut off my microphone /:) 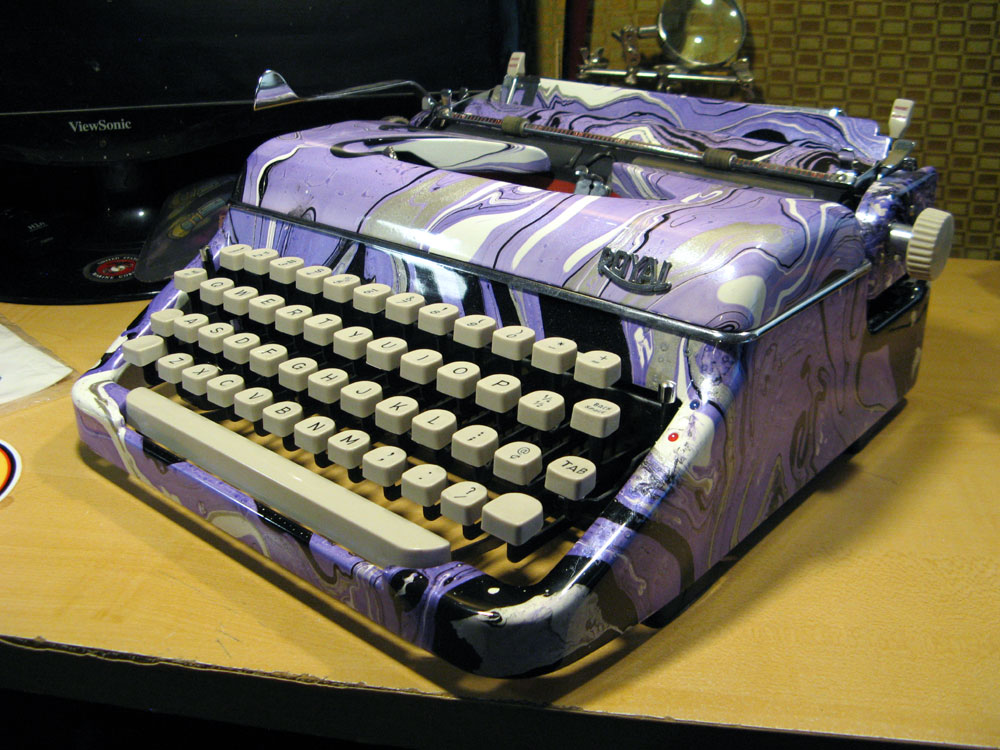 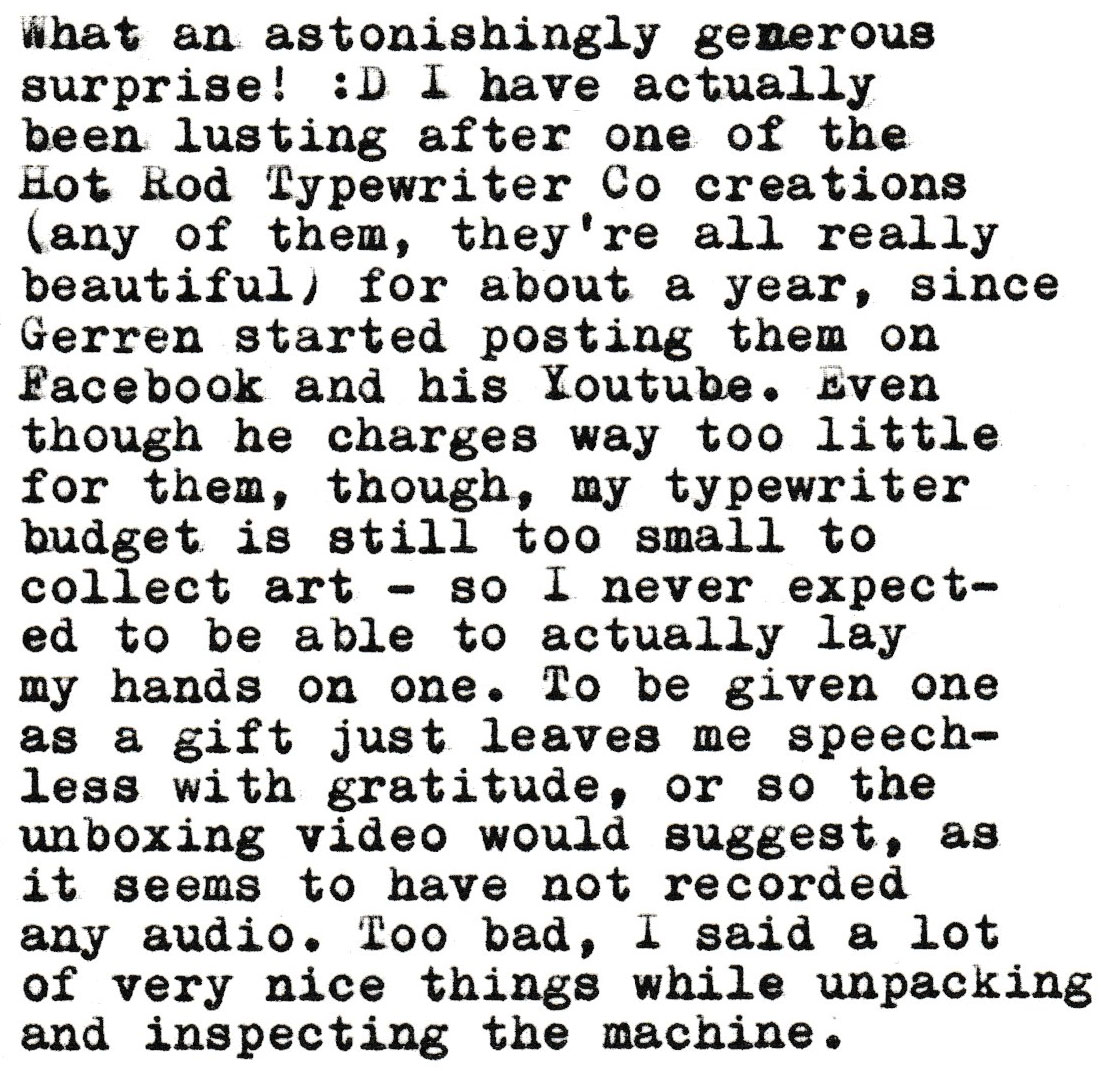 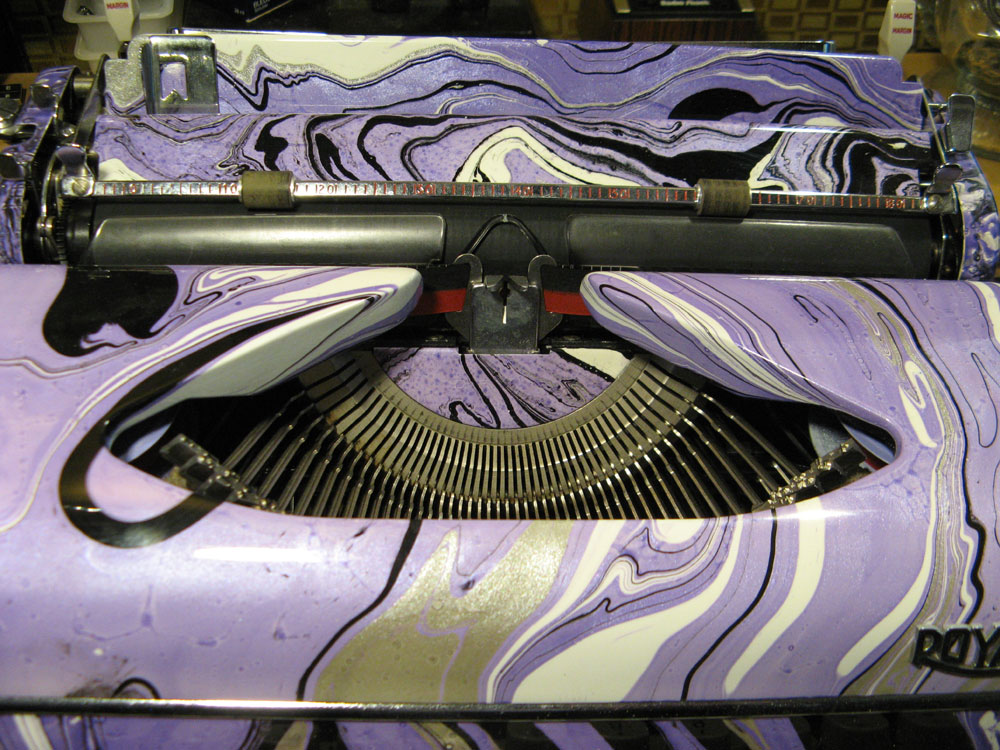 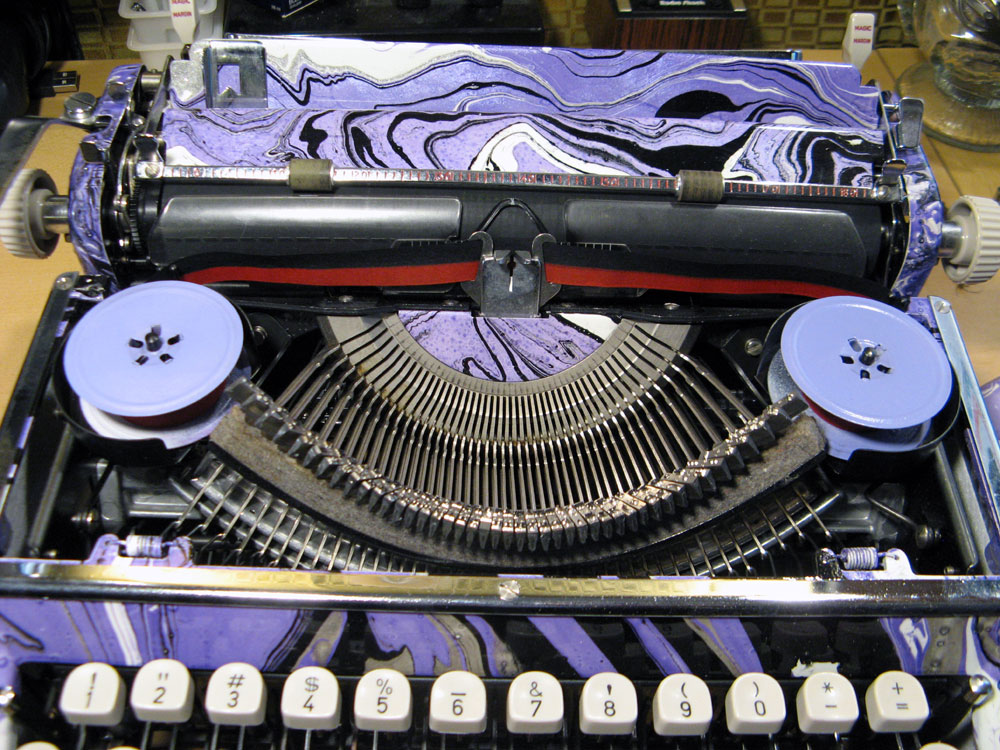 Here’s even more detail about how Gerren feels about Dianas. Really good overview of the various models in the line worth the watch. I think this swirl-painted one is the the one he shows in this video unpainted. The swirl-painting period of his work starts a few videos past this, so it was probably done during that period, maybe around 6 months ago. Boy, he really has conflicting emotions about his Dianas. :D 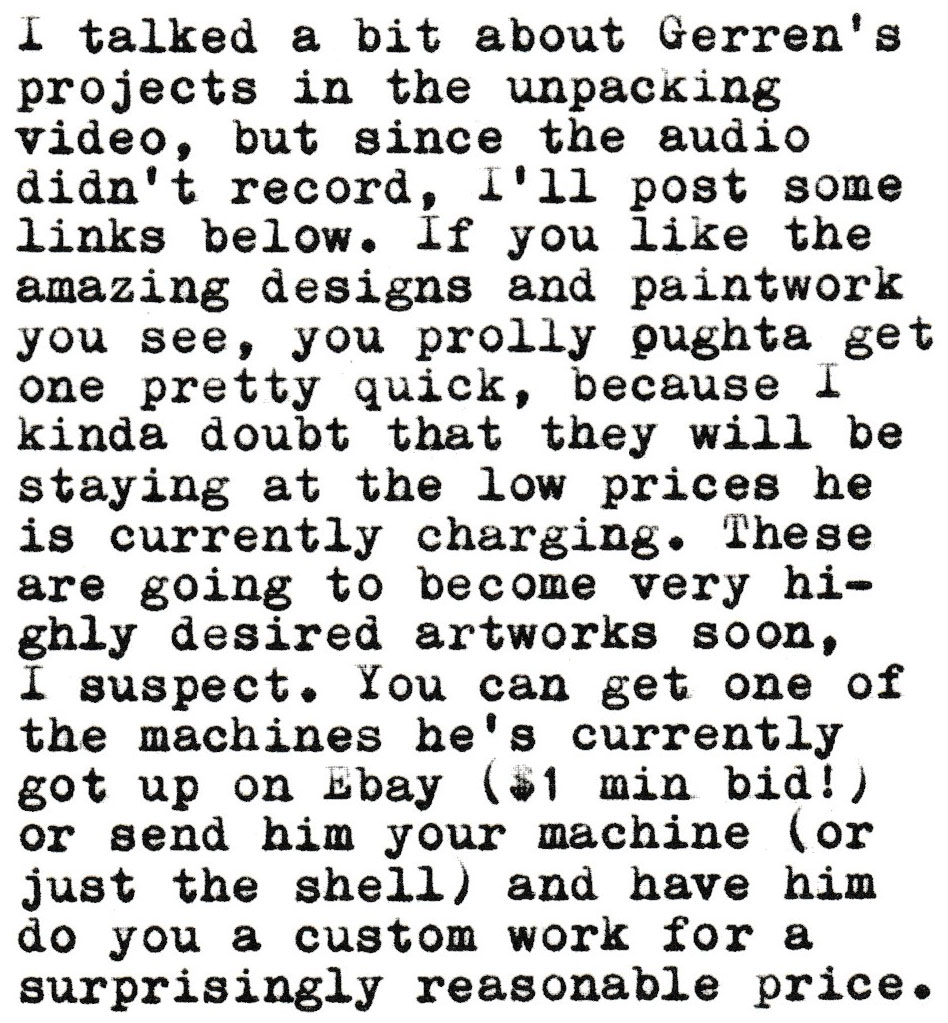 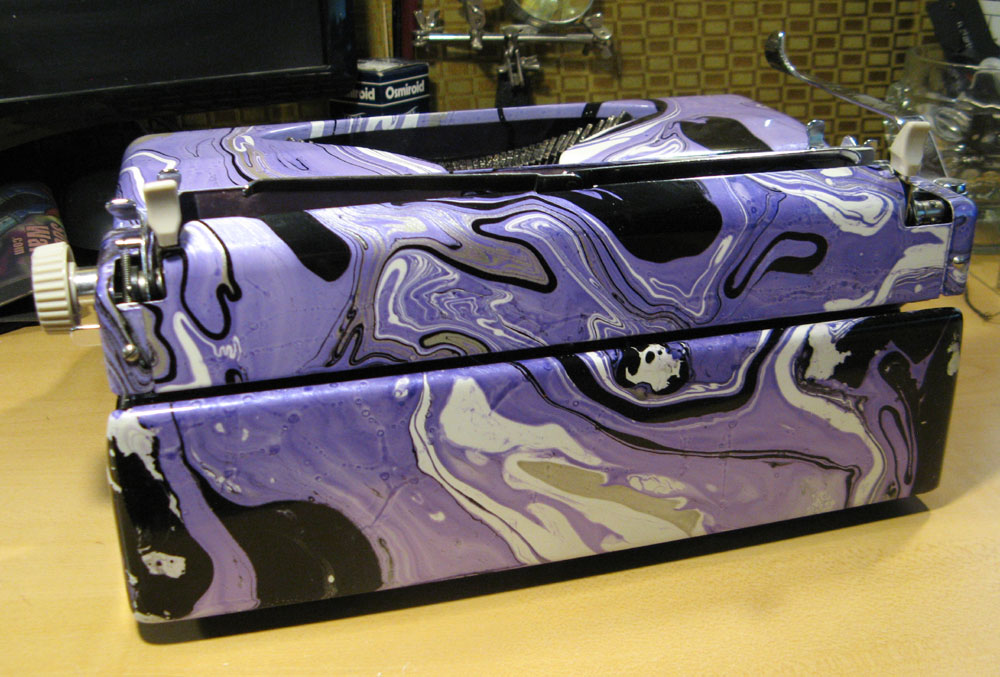 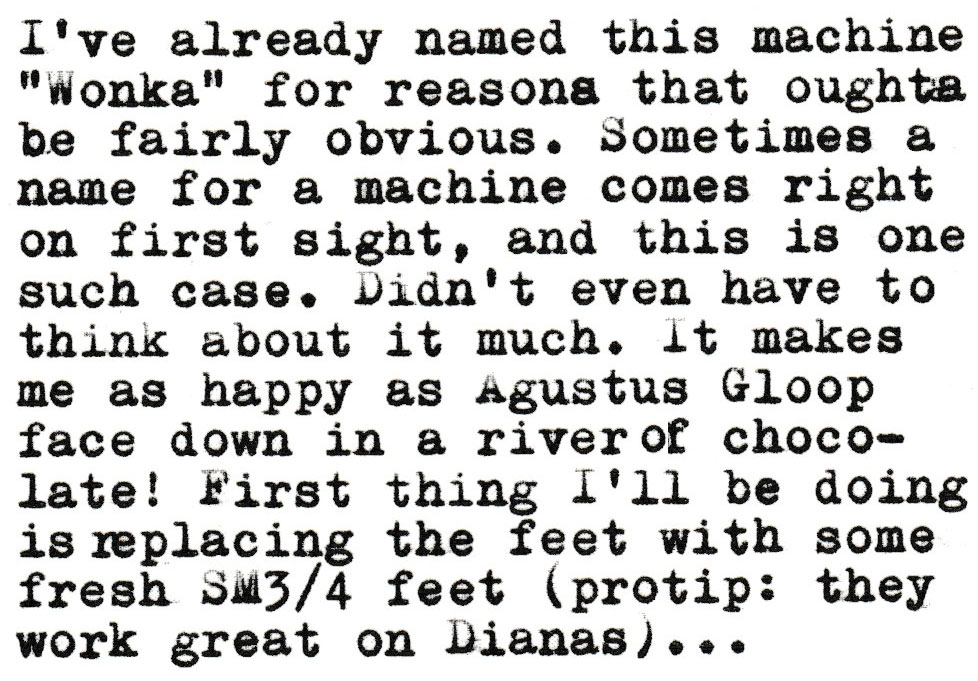 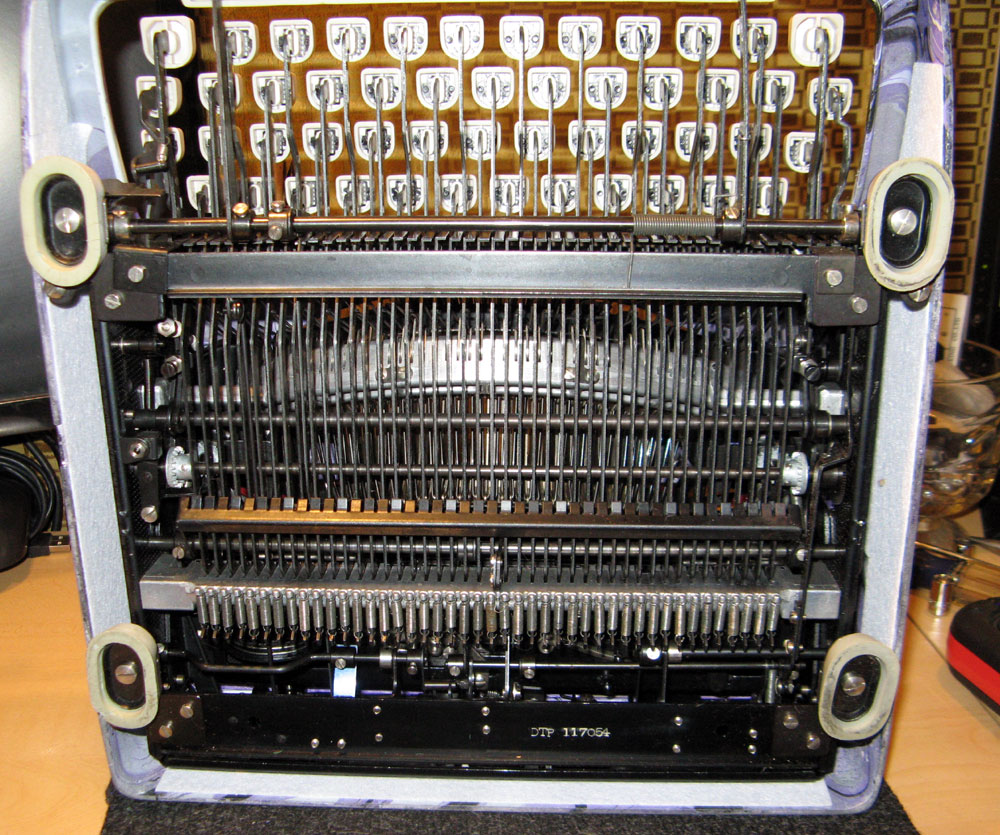 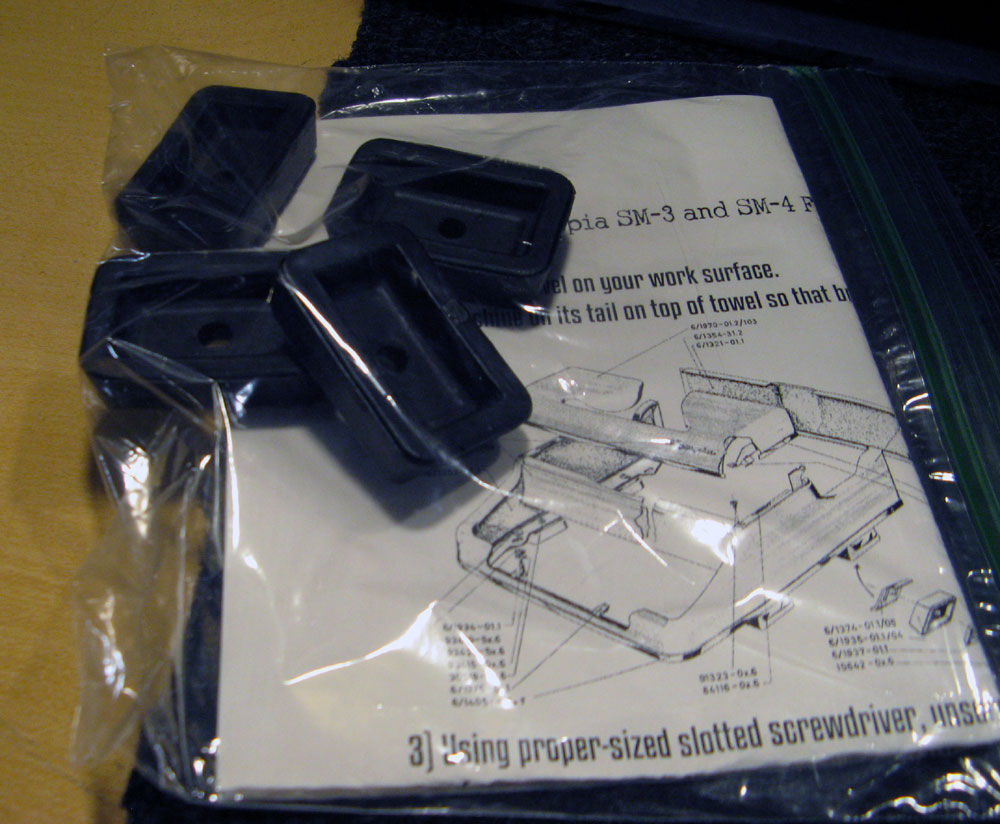 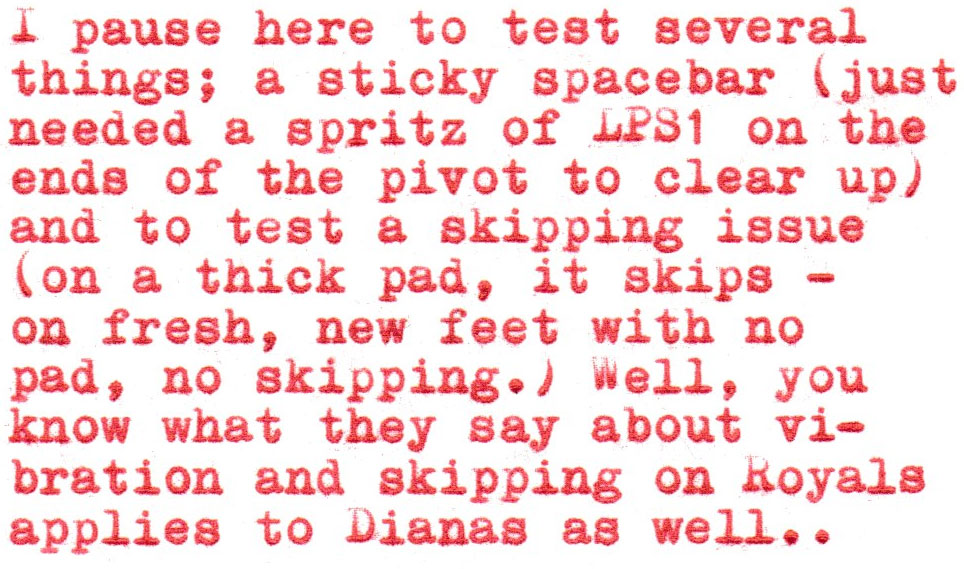 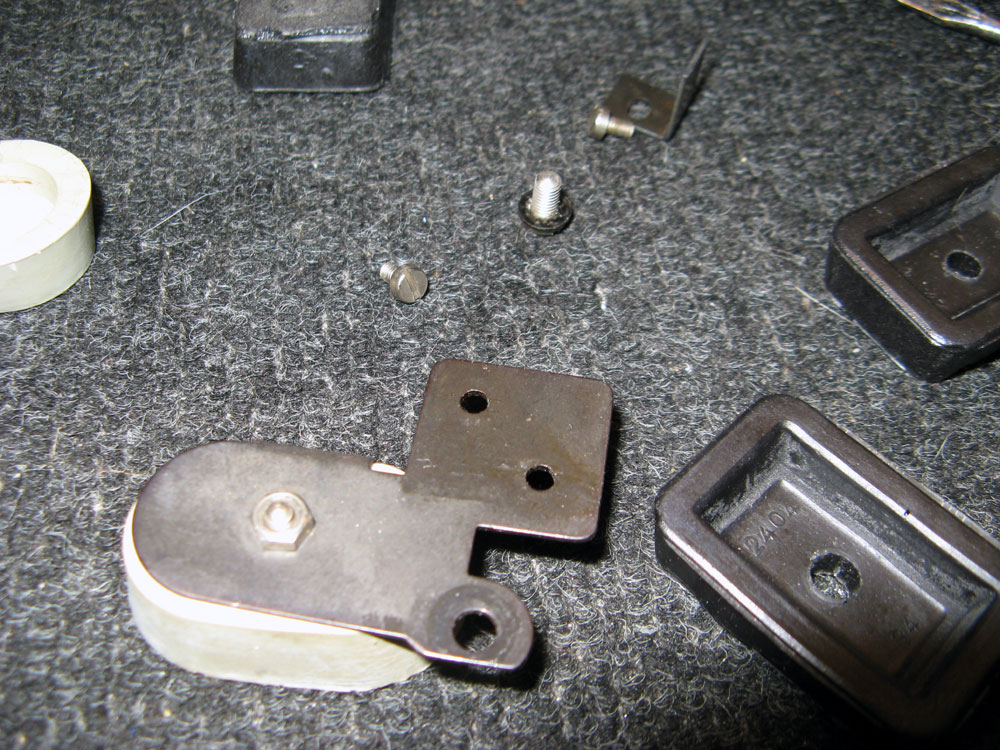 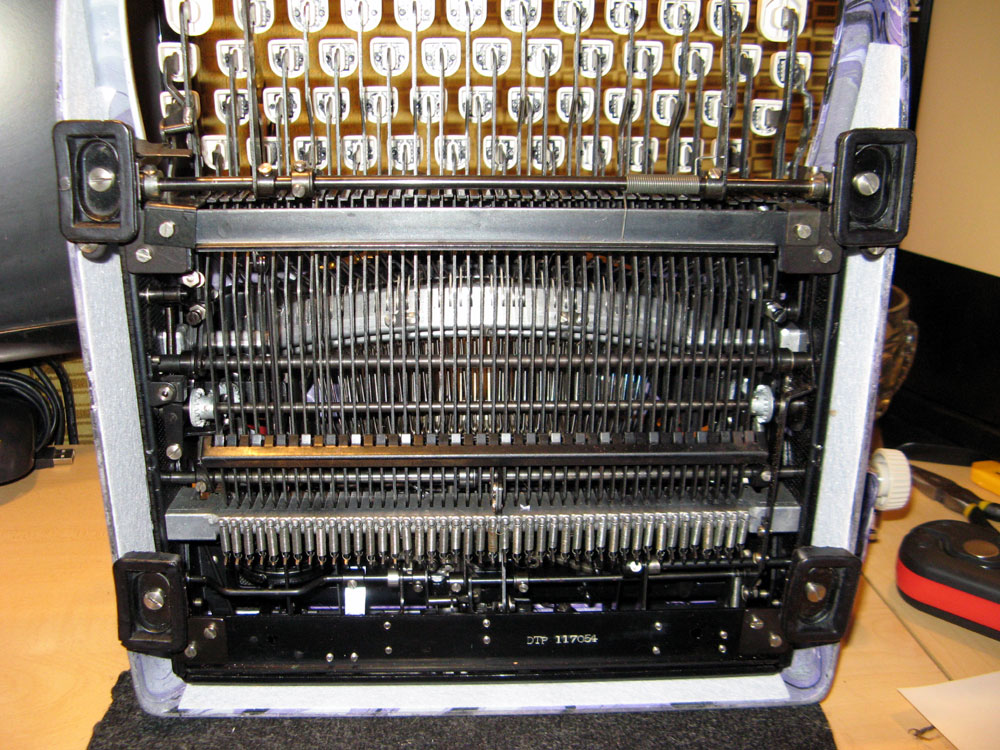 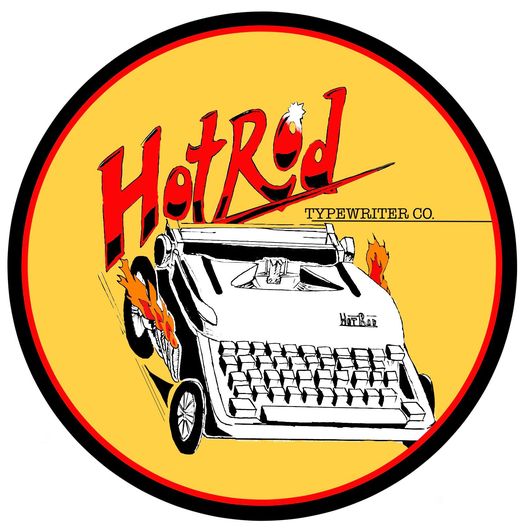 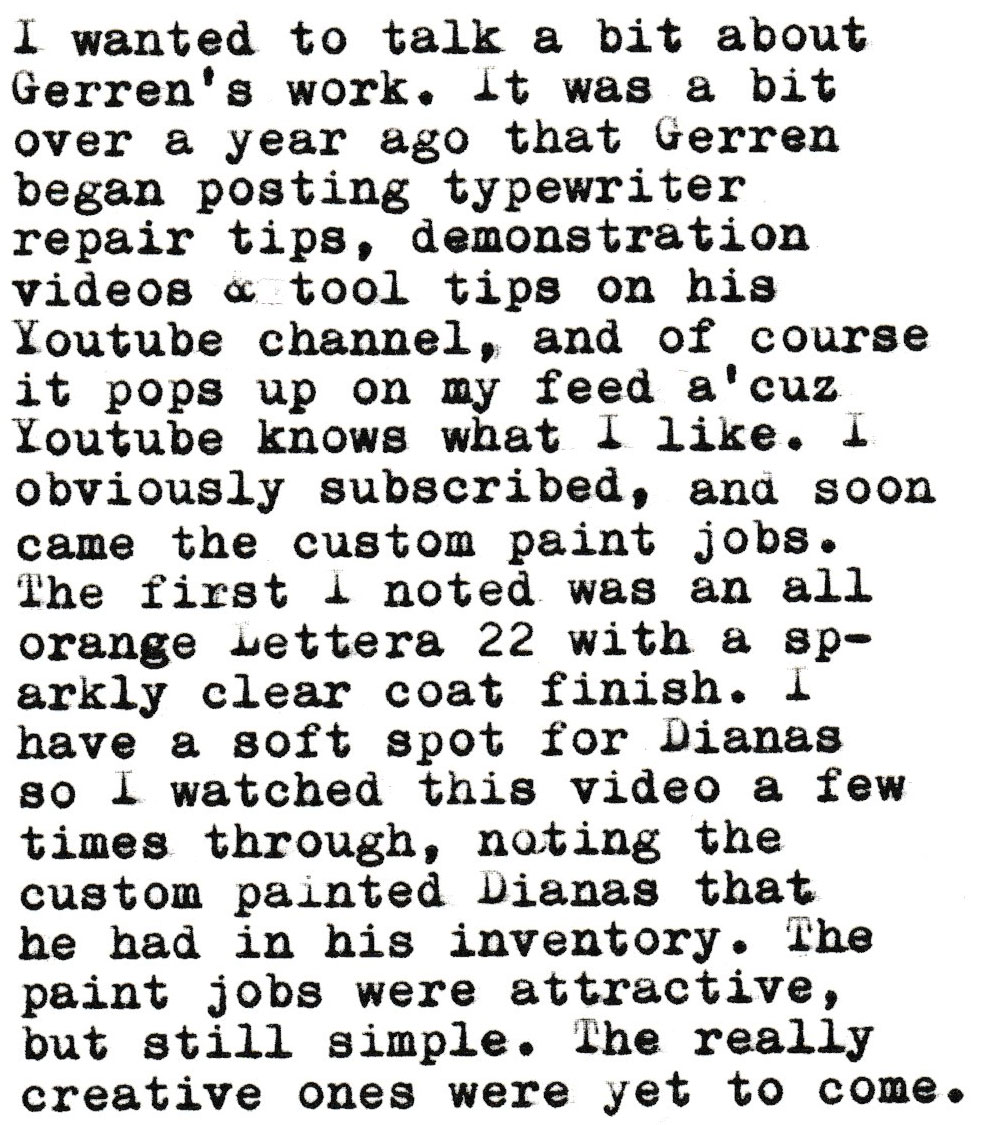 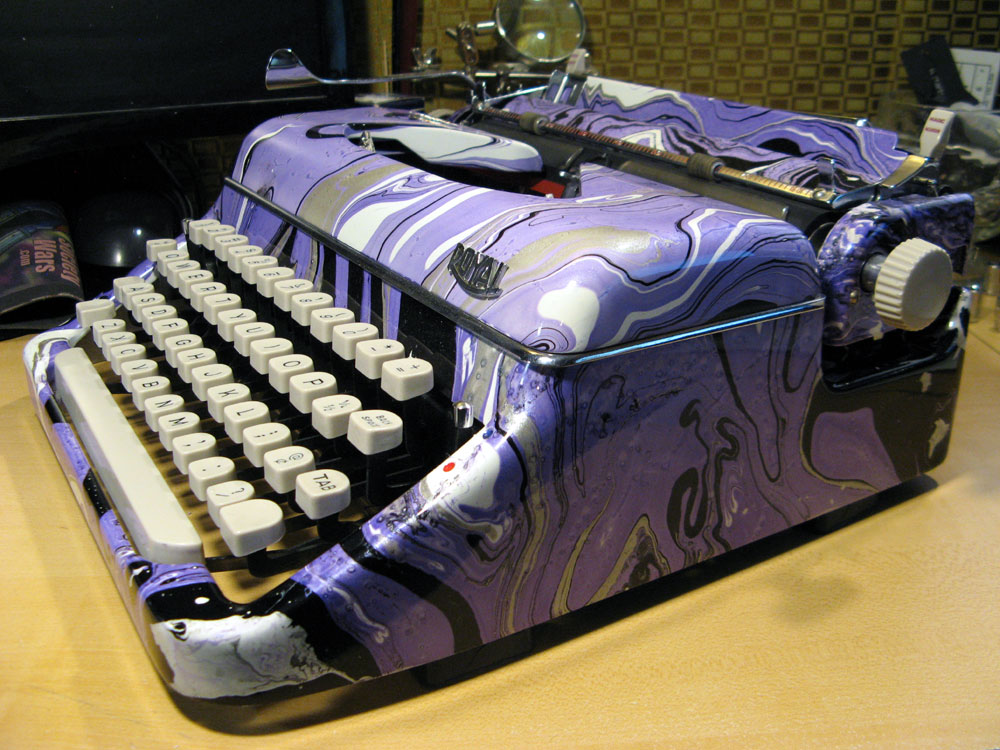 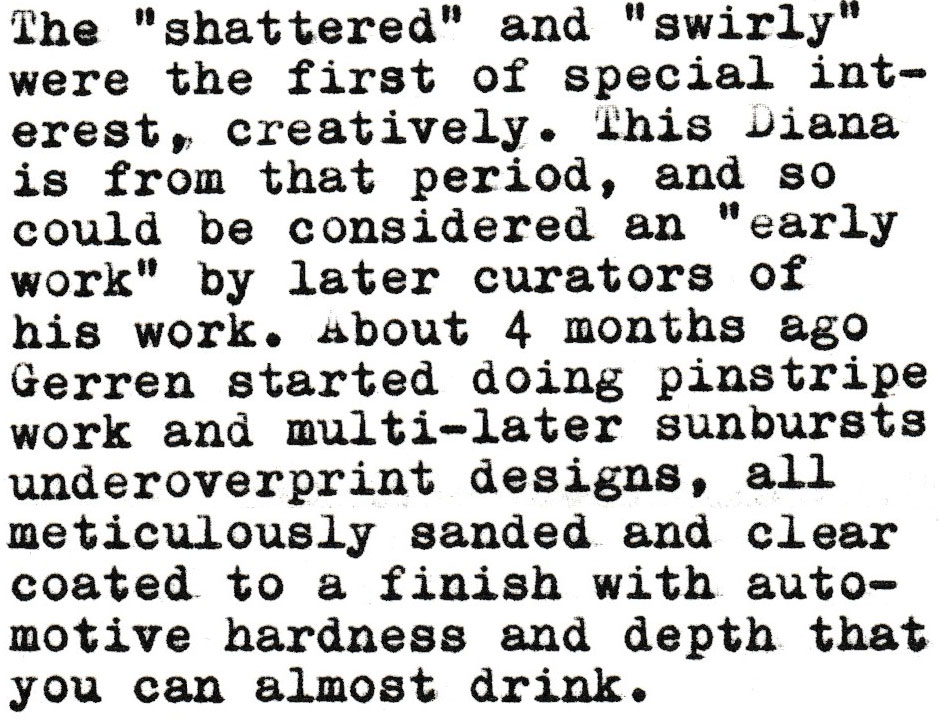 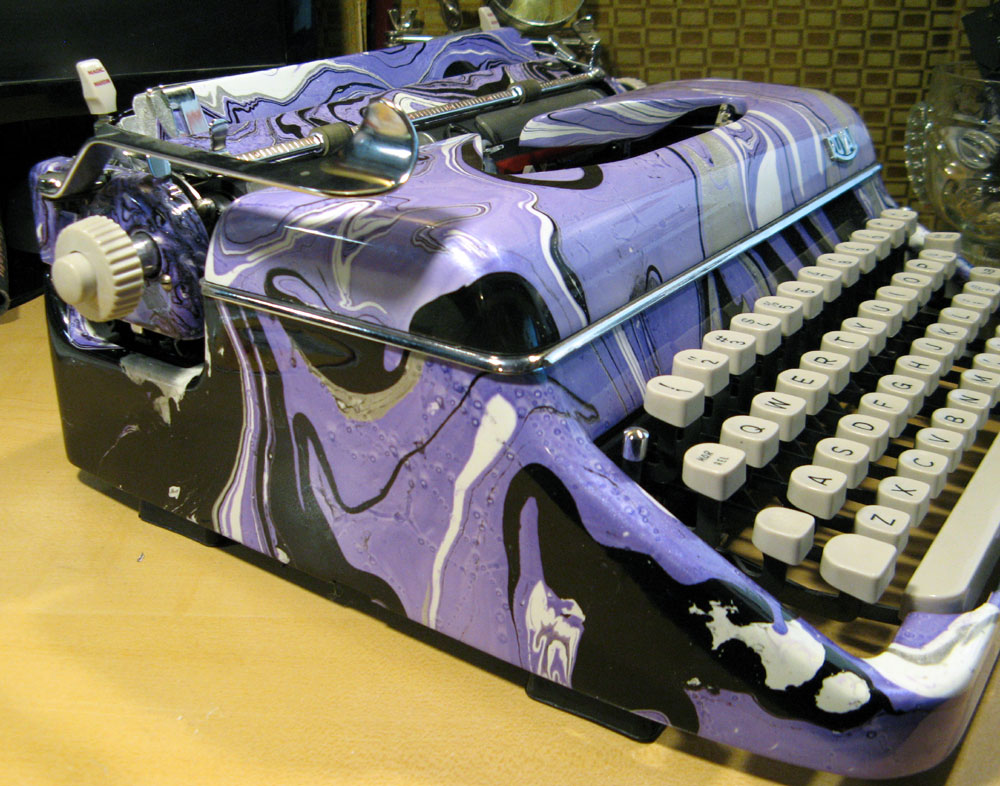 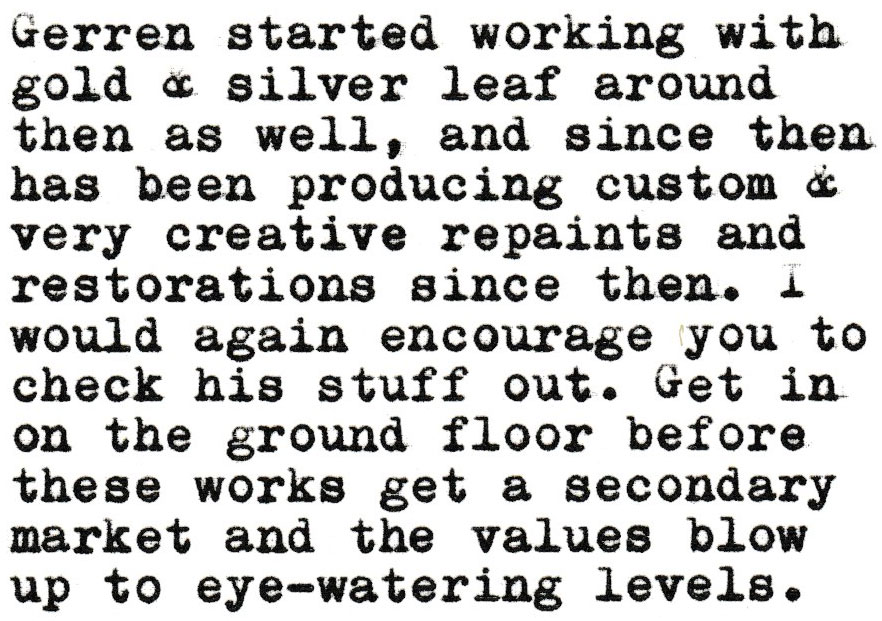 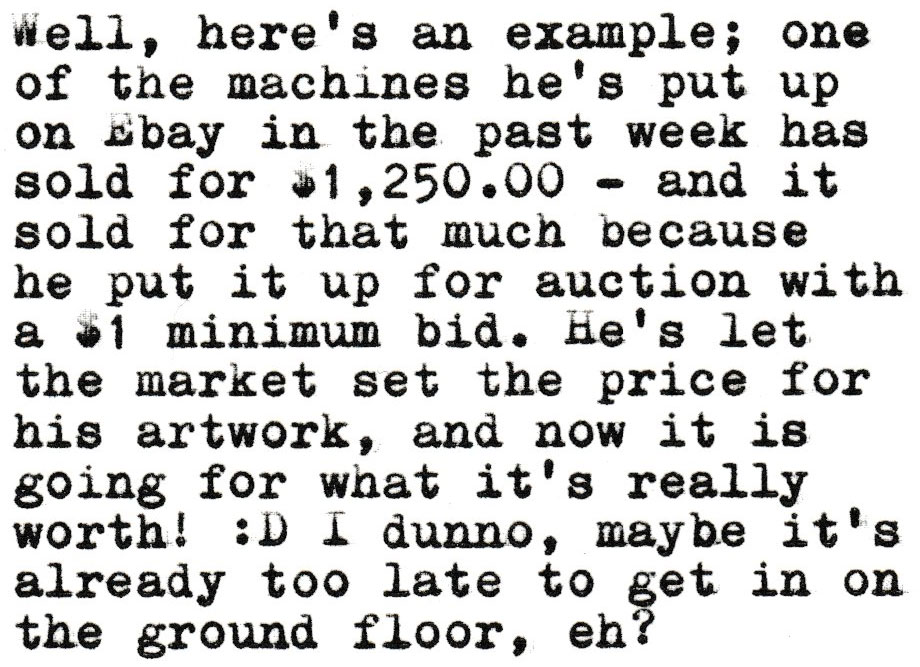 Hey, you know that he plays that Telecaster you sometimes see in the background of his videos?
https://soundcloud.com/freesoulsound