Some of you may remember some months back when I posted about a KROY 24 Lettering System I found at Goodwill and passed up. Well, sometimes life demands that you have a thing and refuses to acknowledge your reluctance. At least the price was right: $0.00 – Bill practically pleaded with me to get the thing out of his shop so he could have some table space: 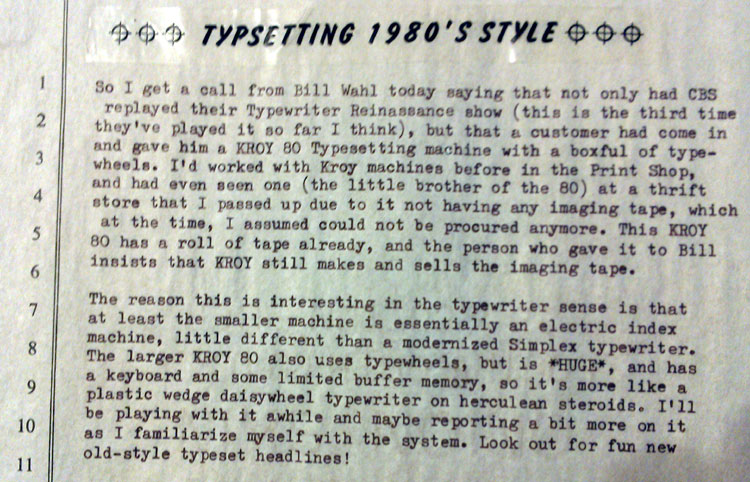 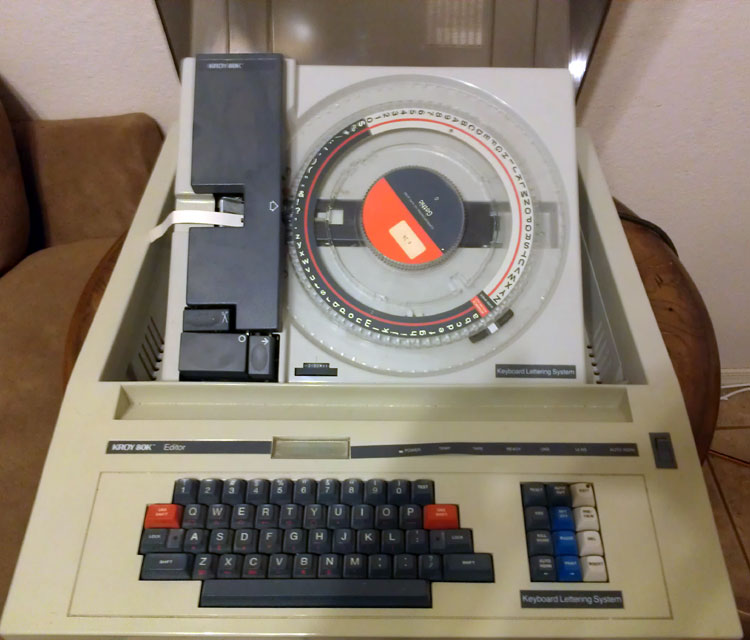 The KROY 80K Lettering system. Imagine an electric daisywheel typewriter with a typewheel that weighs at least half a pound. Shown here with the protective plastic cover open - I expect the cover is mainly to keep you from reaching in while the thing is spinning around and getting your fingers broken. 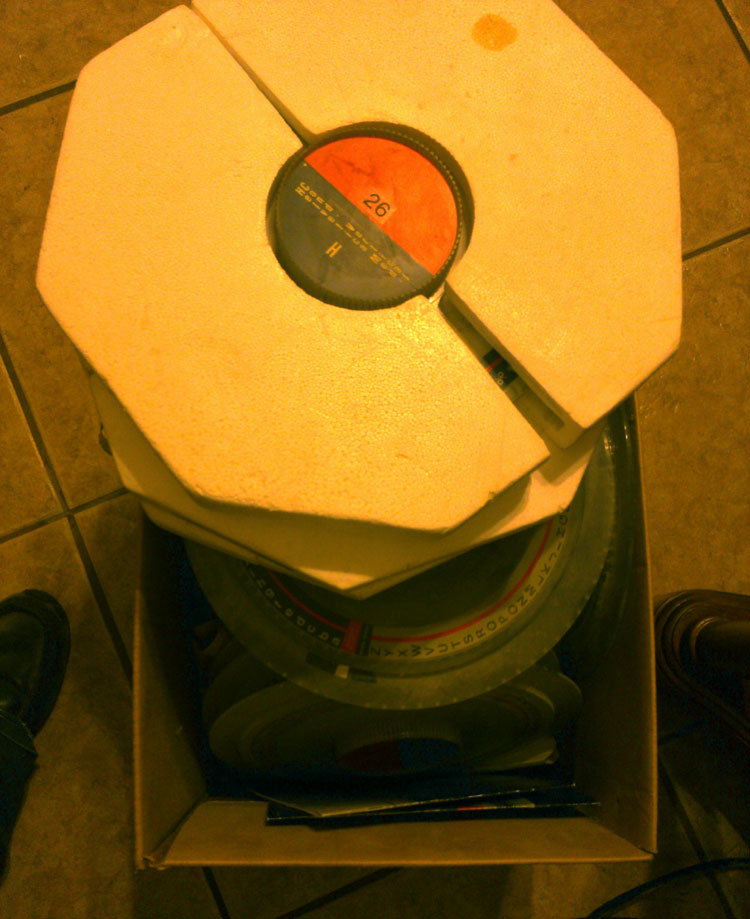 It came with 24 Font Disks packed in a box with the documentation and a sales brochure. The sales brochure seems to indicate that I have nearly every font disk made for the KROY. 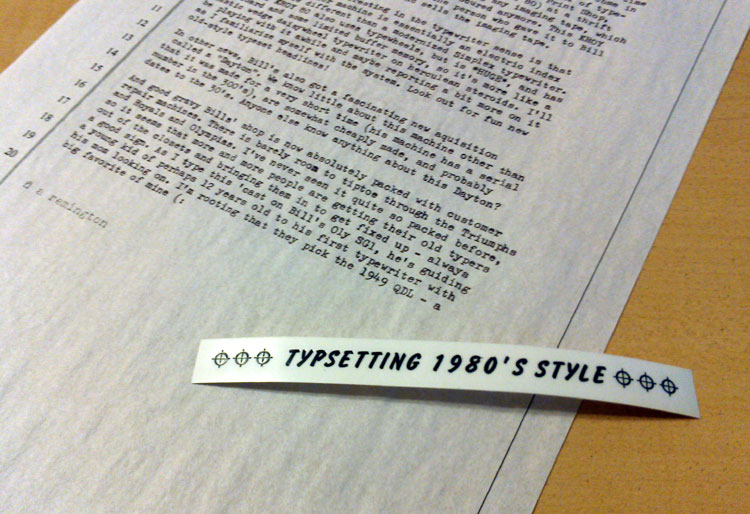 This is what the output looks like. It's clear tape with an opaque peel-off backing. Peel off the backing and stick your typeset line into your pasteup mechanical. Ahh, those were the days. (not really) 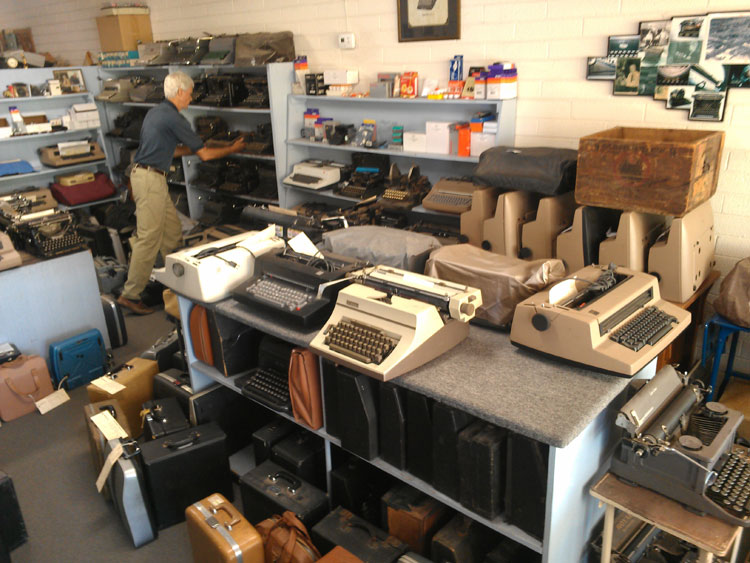 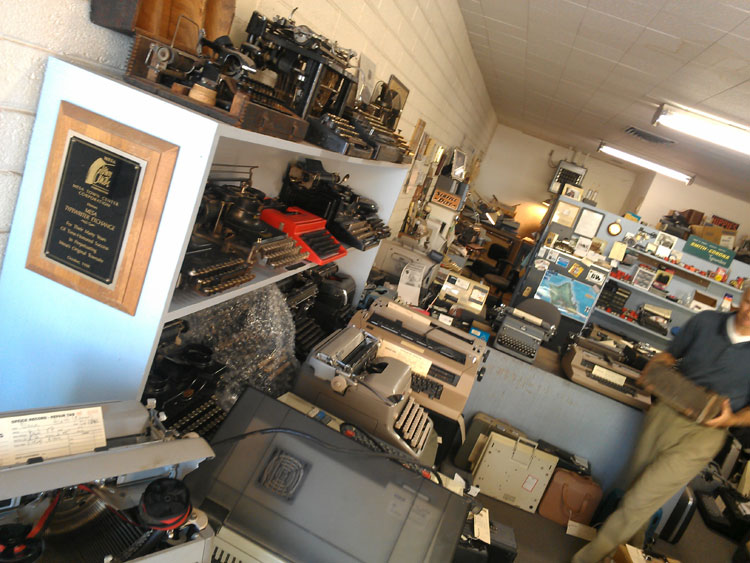 You can see why he wanted to get that KROY machine off his table space ASAP :D 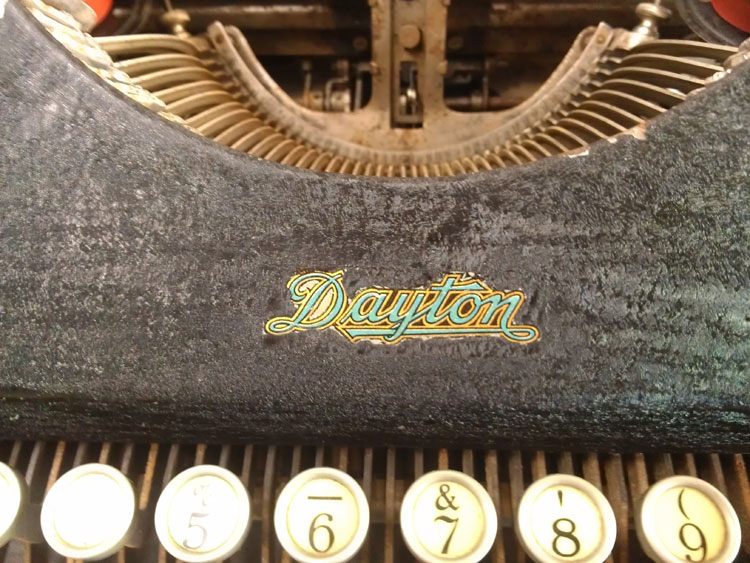 The Dayton Portable Typewriter - I've never seen one before. 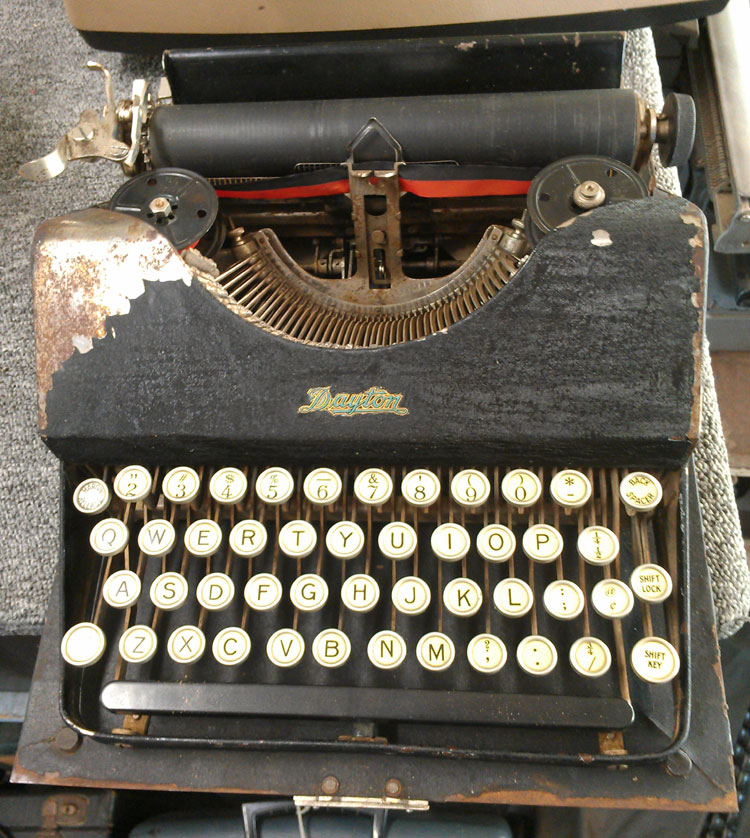 We're guessing it's from the 30's, made in Dayton, Ohio 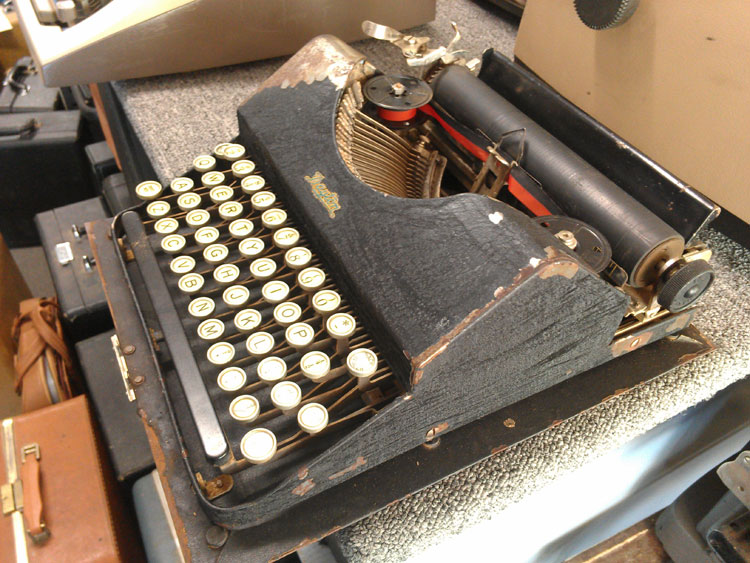 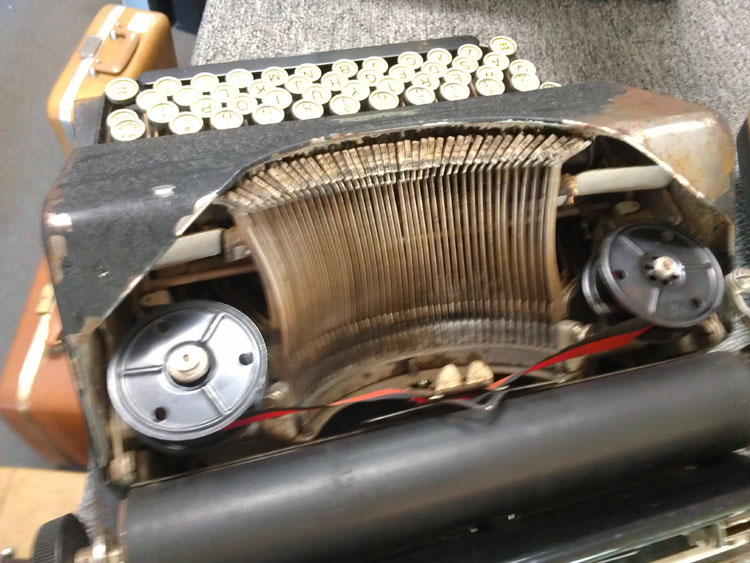 The body panels are probably stamped steel or aluminum, with unfinished edges. 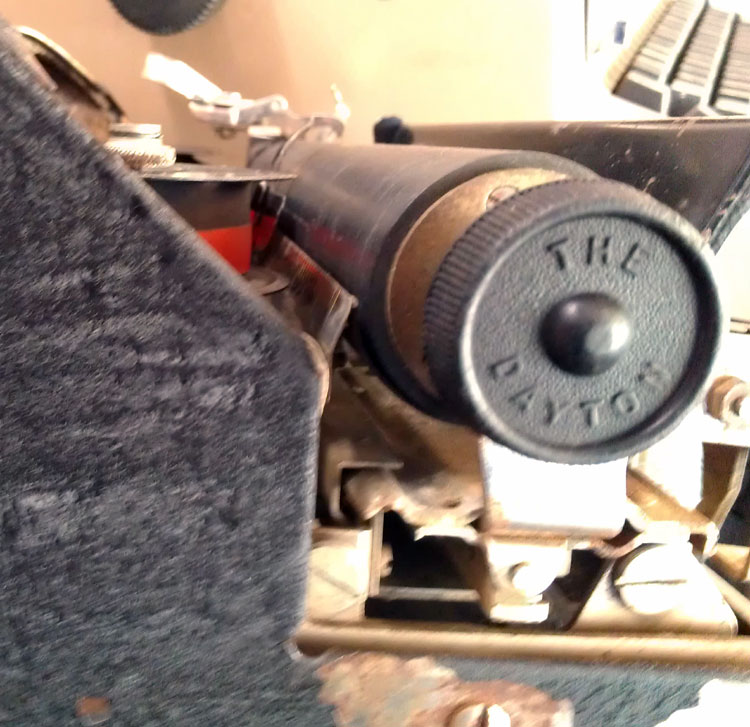 They apparently had the budget to personalize the platen knobs though... 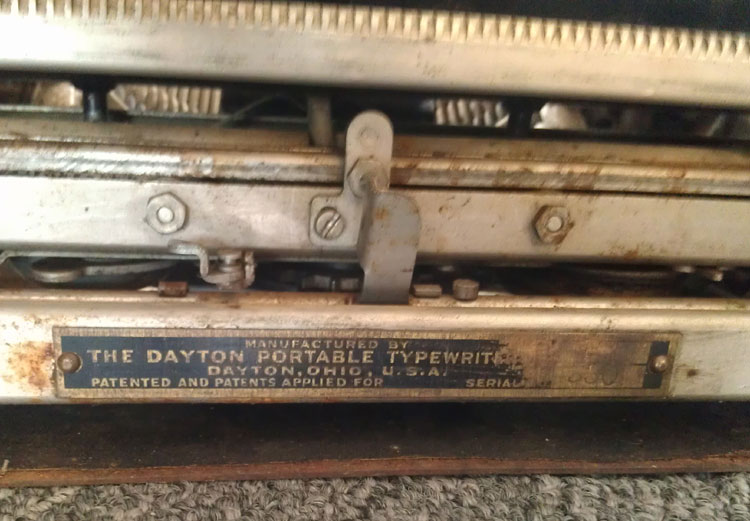 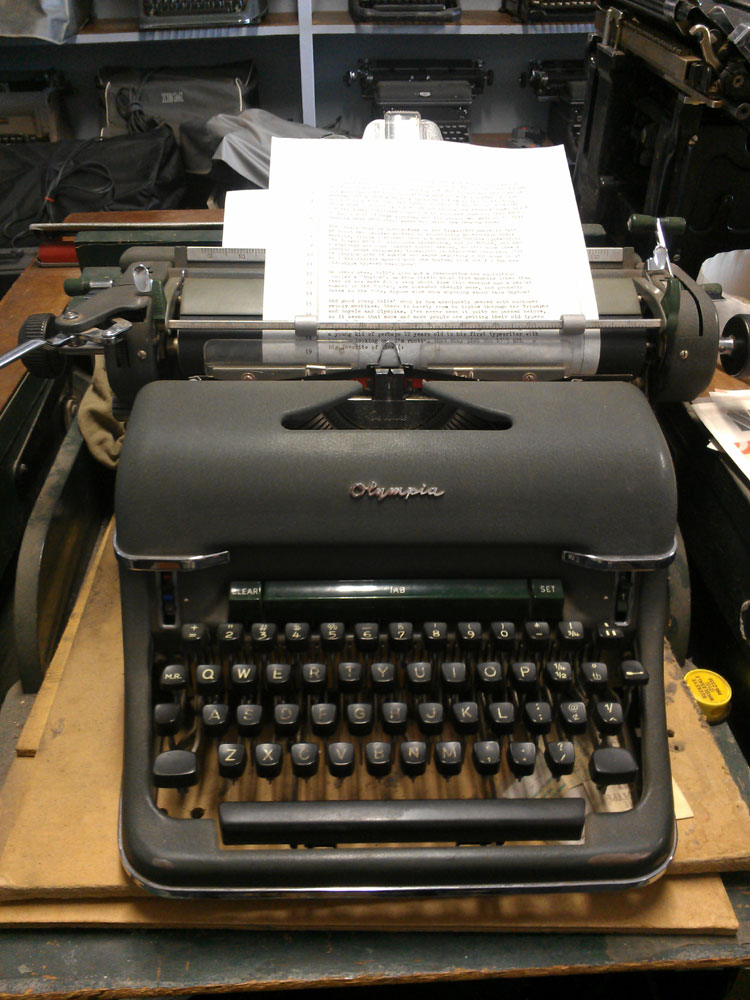 Typecast on Bill Wahl's Olympia SG1 at his shop.