A man of the cloth and the steel he wields
munk
From the Desk of Reverend Munk, Typewriter Repair 101
98 Comments 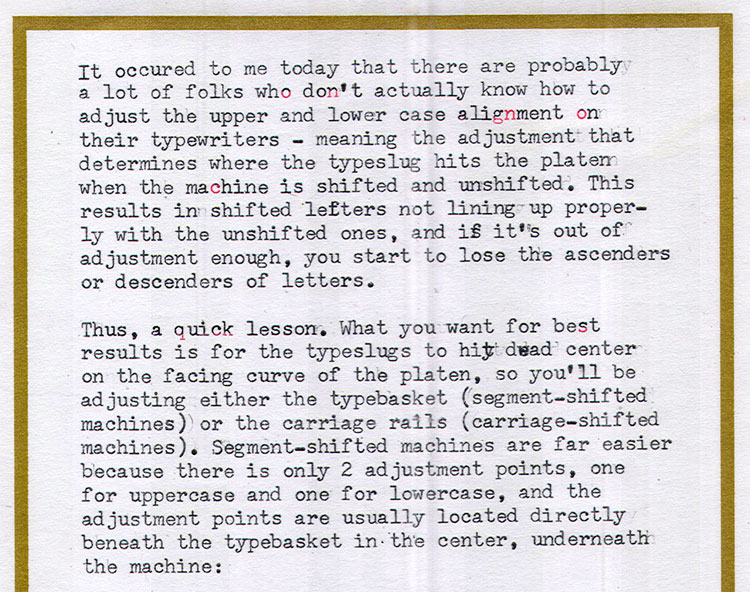 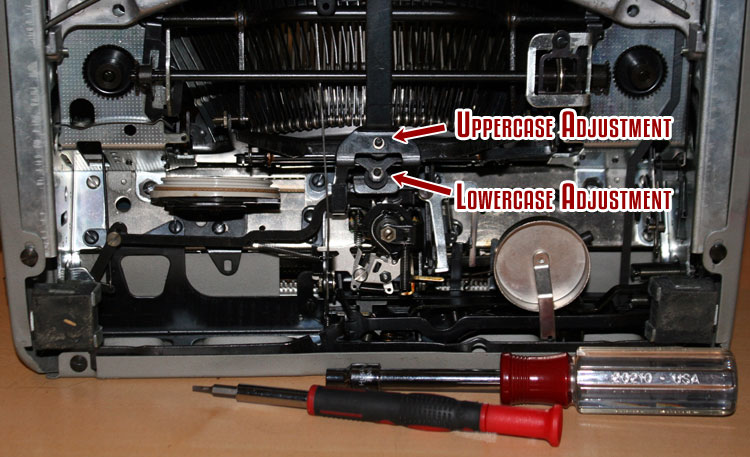 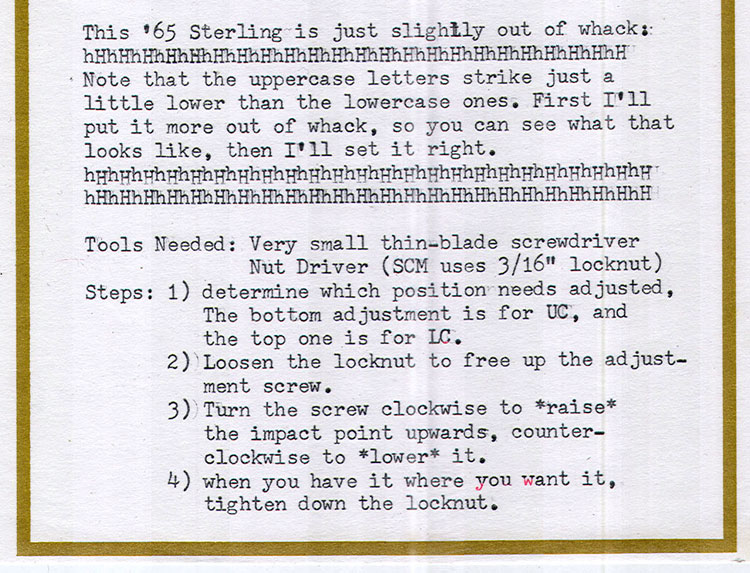 UPDATE: Teeritz asked about his Basket-shifted Royal QDL, which does not have the simple single adjustment point. I took a look at one of my QDL’s and he’s right. Instead of the simpler adjustment that the basket shift allows, Royal went with a 4-point adjustment system near the carriage rails that is similar to the adjustment I see a lot on Carriage-Shifted machines:

There are 2 adjustment points each for Upper and Lowercase positions, one on the right and one on the left:

They are located on either side of the rear of the machine, just in front of the forward carriage rail. They work just like the normal adjustment points (loosen locknut, turn screw to desired height, re-tighten locknut) with the added caveat that you need to adjust *both sides* (right and left) so that they are even. (and LORD, my QDL is filthy!)

Edit again: Teeritz successfully adjusted his Royal QDL, and you can read about his adventures here!

Another Update: Typewriter Justice made a video showing the adjustments for the Torpedo 18b segment-shifter, which is has a pretty unusual system:

And here, Typewriter Minutes shows us how to adjust the alignment on a 1950’s Remington Quiet-Riter:

Update: someone on FB asked about the shift adjustments on the Depression-era Royal carriage-shifted machines, so I pulled out my own Royal Companion and tracked down the adjustments for shift alignment. The adjustments are simple tab stops that you adjust by bending (we like to say “forming”) up and down. Recall that the Royal CD-frames were super-cheapie depression-era budget models, so this isn’t exactly surprising.. anyway. the tabs are difficult to see and get to, and there is a set on both sides of the carriage, just under the rack: 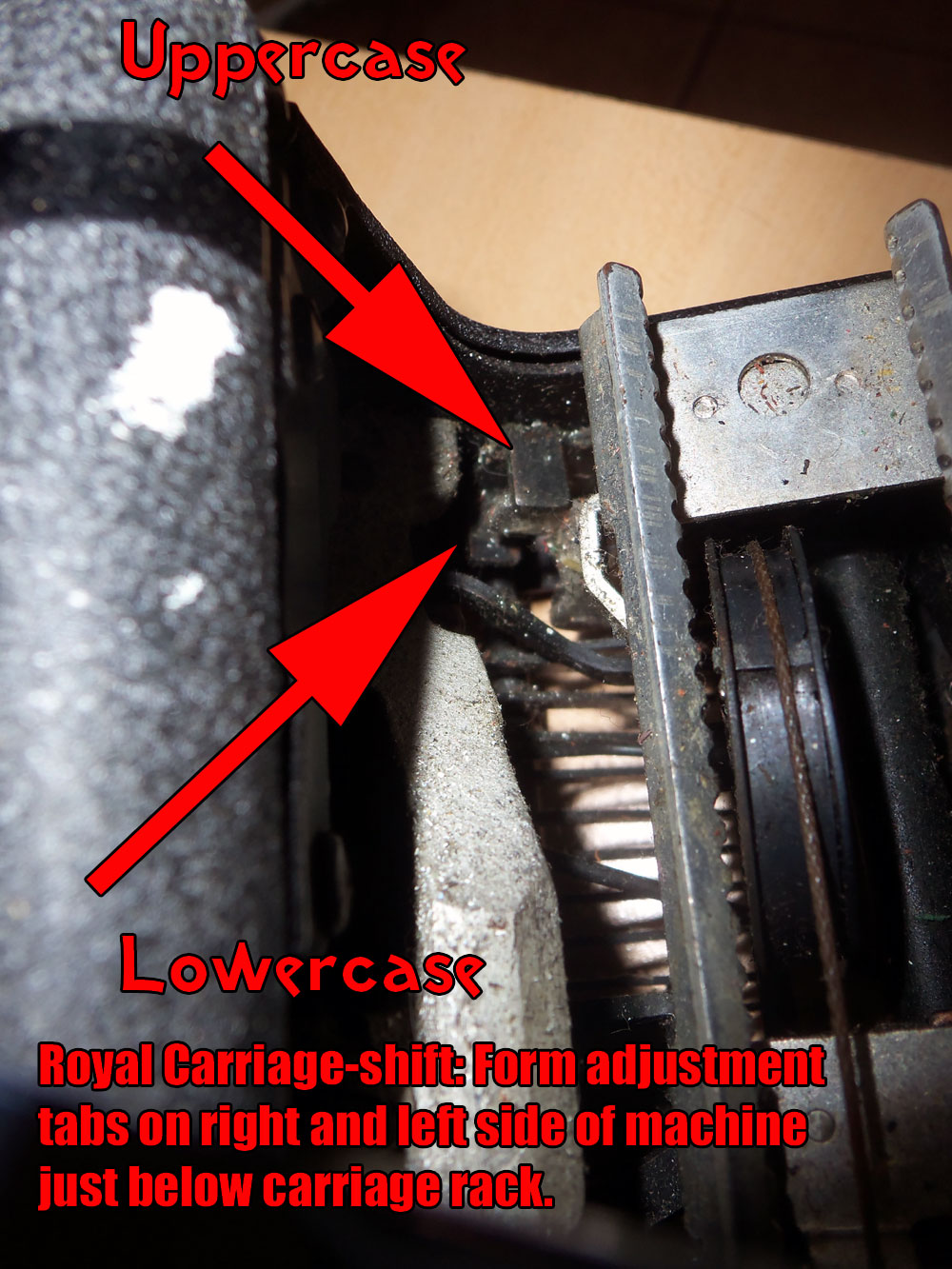