A man of the cloth and the steel he wields
munk
From the Desk of Reverend Munk, Typewriters In The Corral
11 Comments 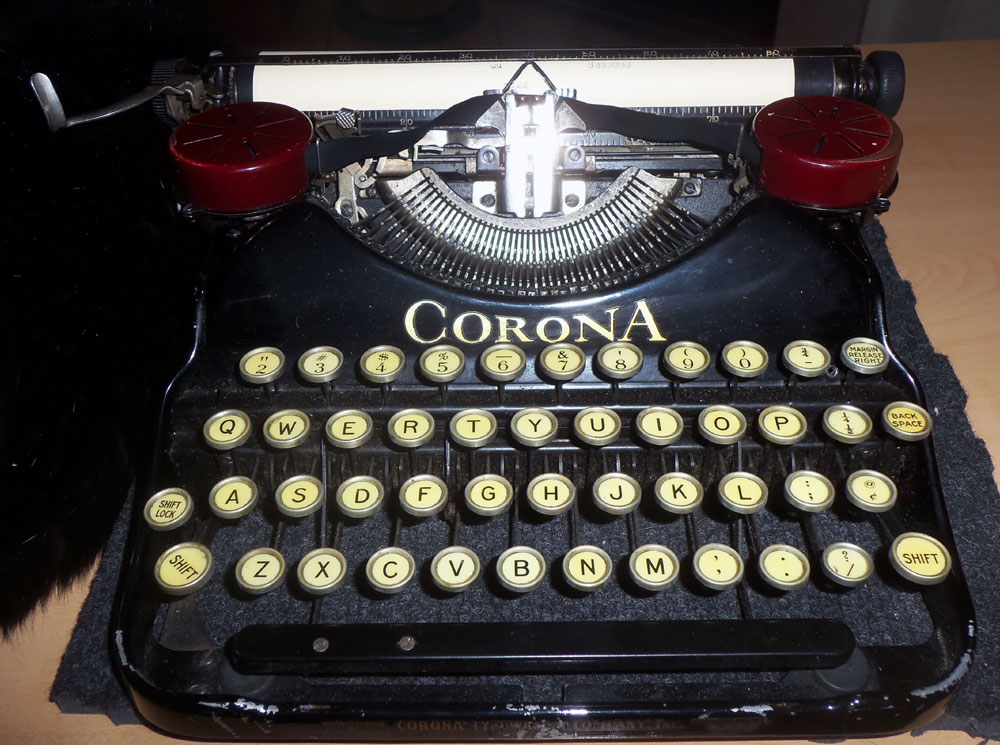 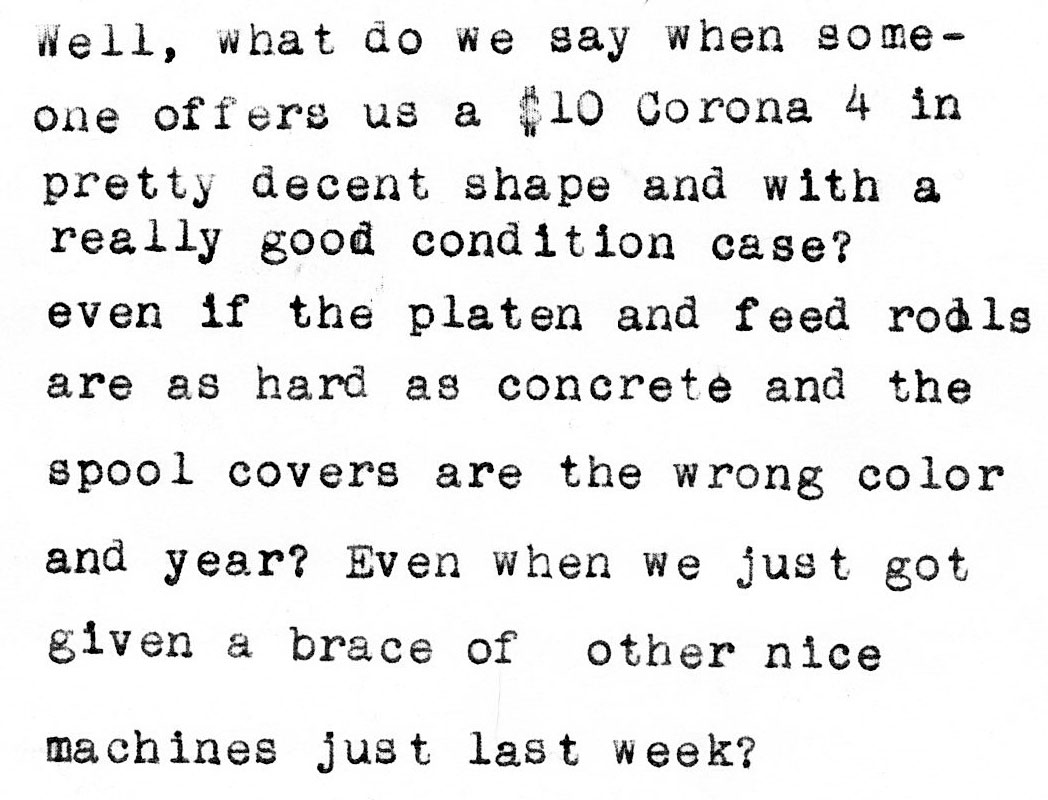 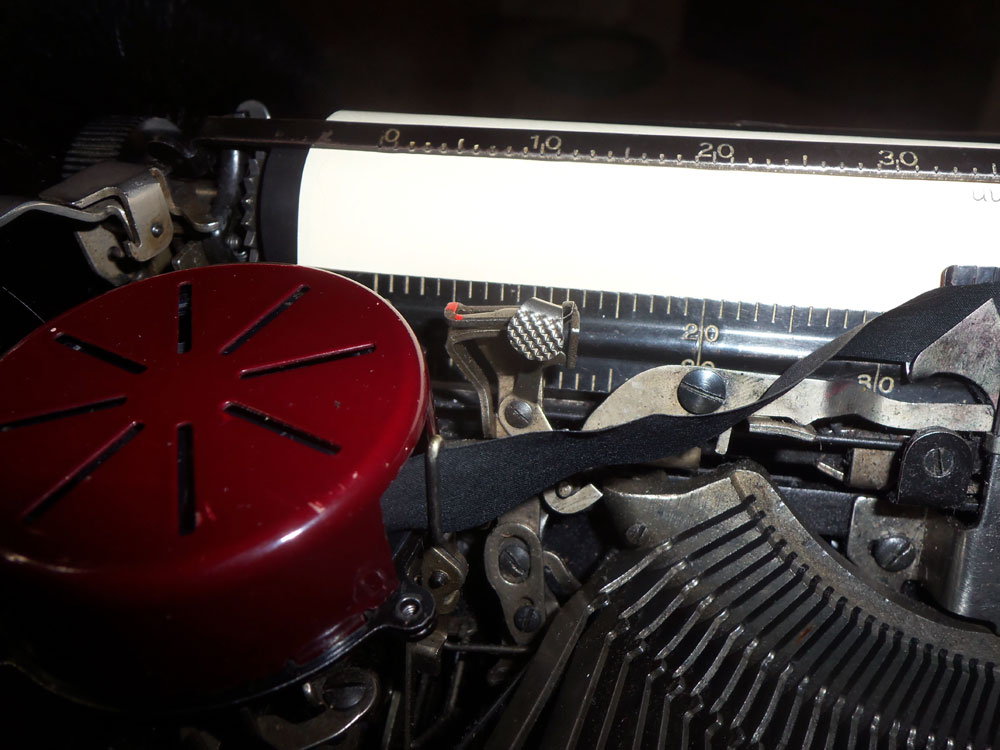 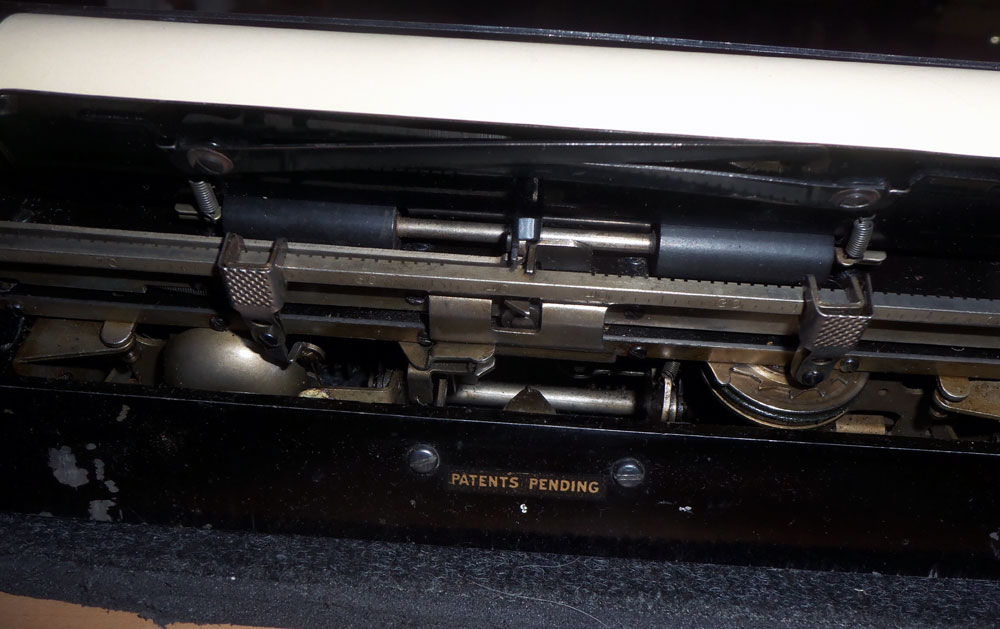 Yas, but what patents? 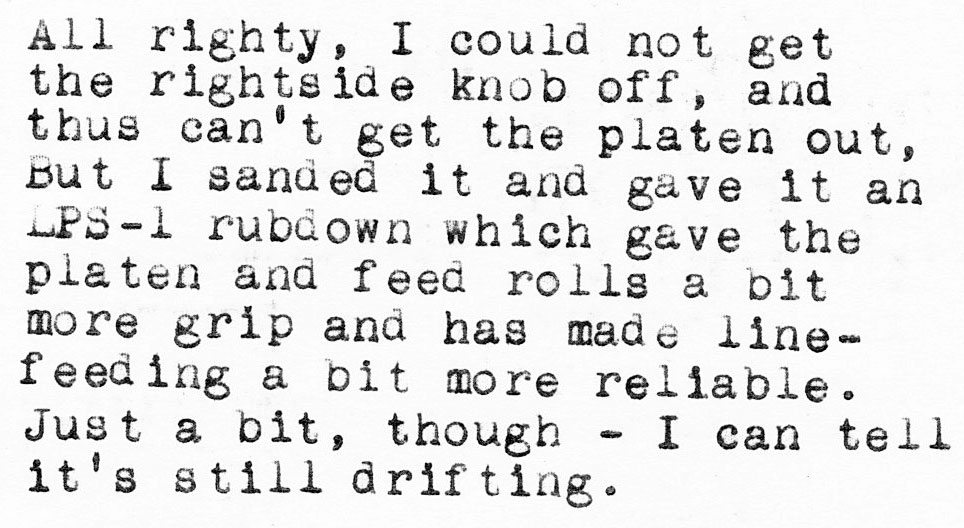 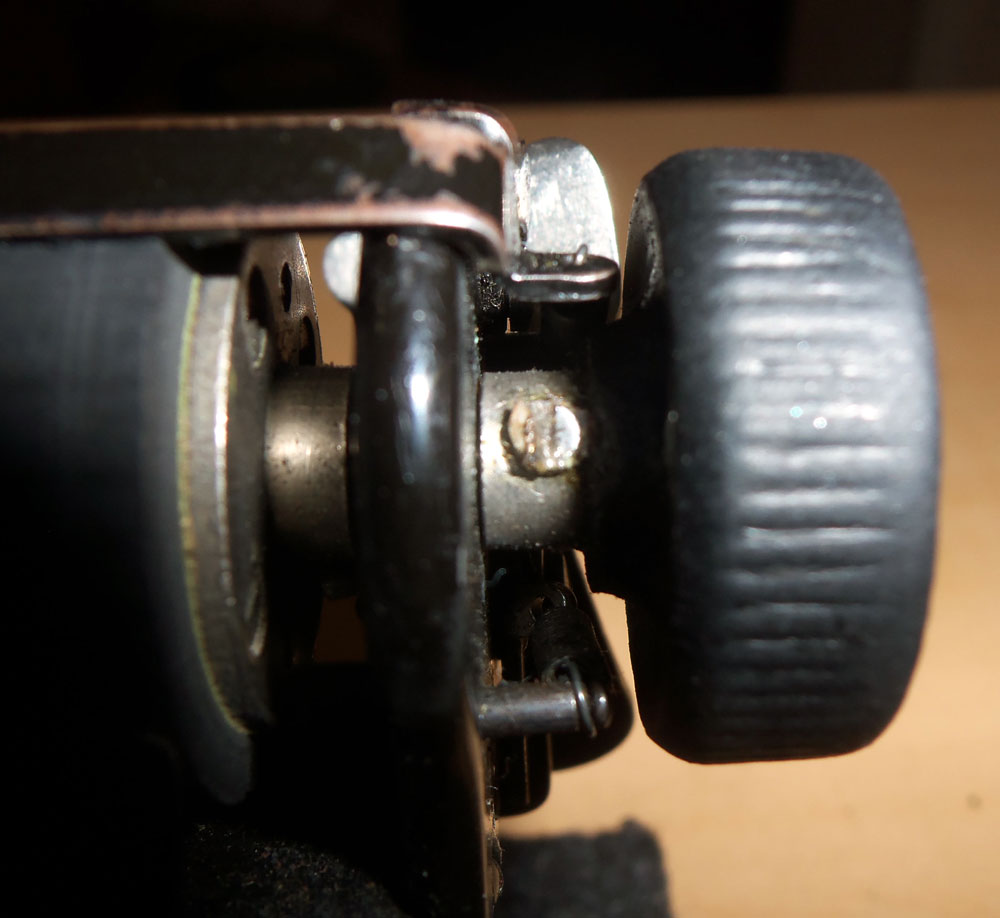 Ugh. screw head broken, will have to figure out that before I can get the platen off.. 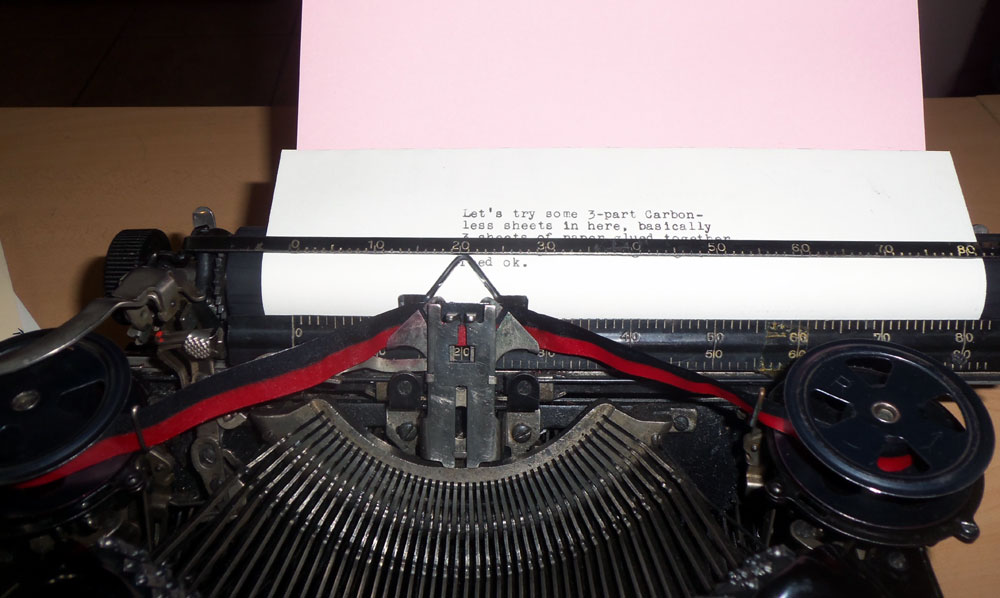 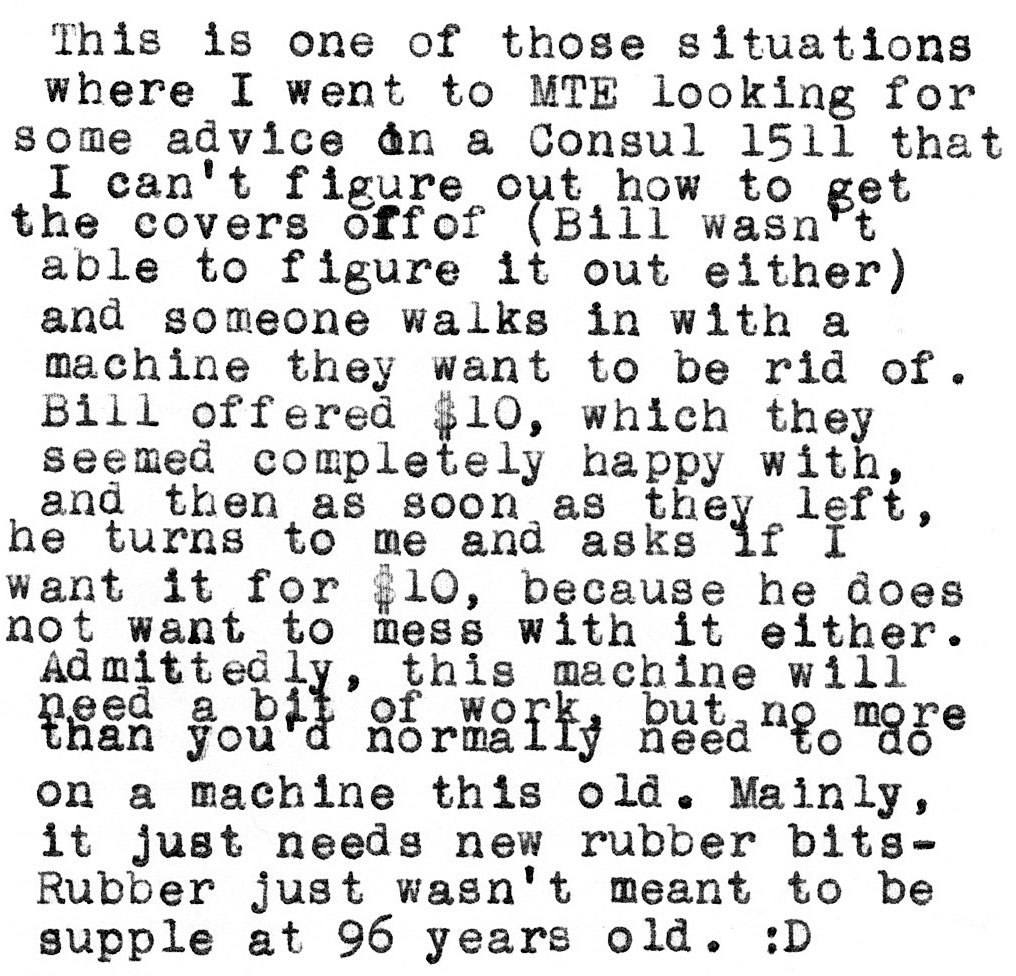 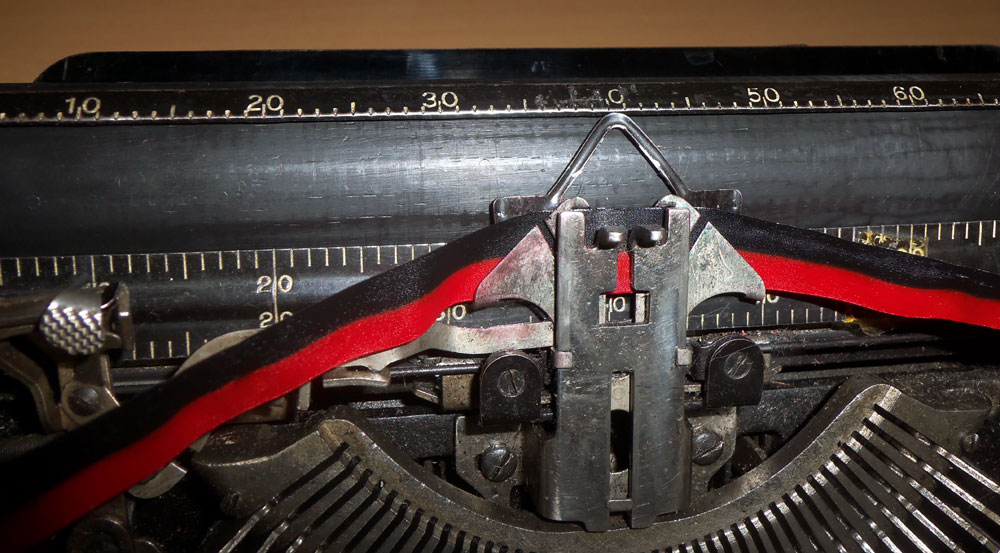 Sanded and LPS’d the platen to make it ever so slightly more grippy. 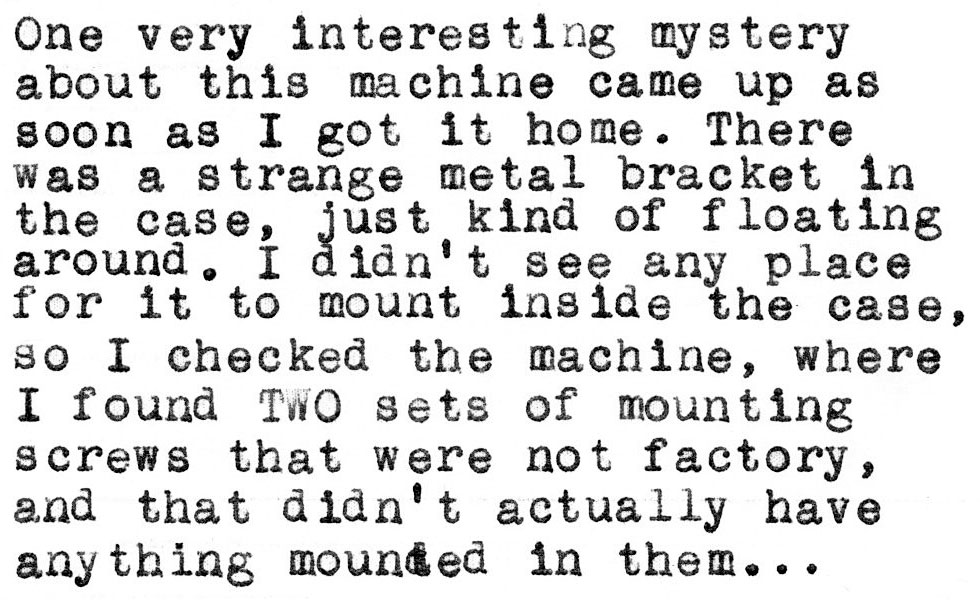 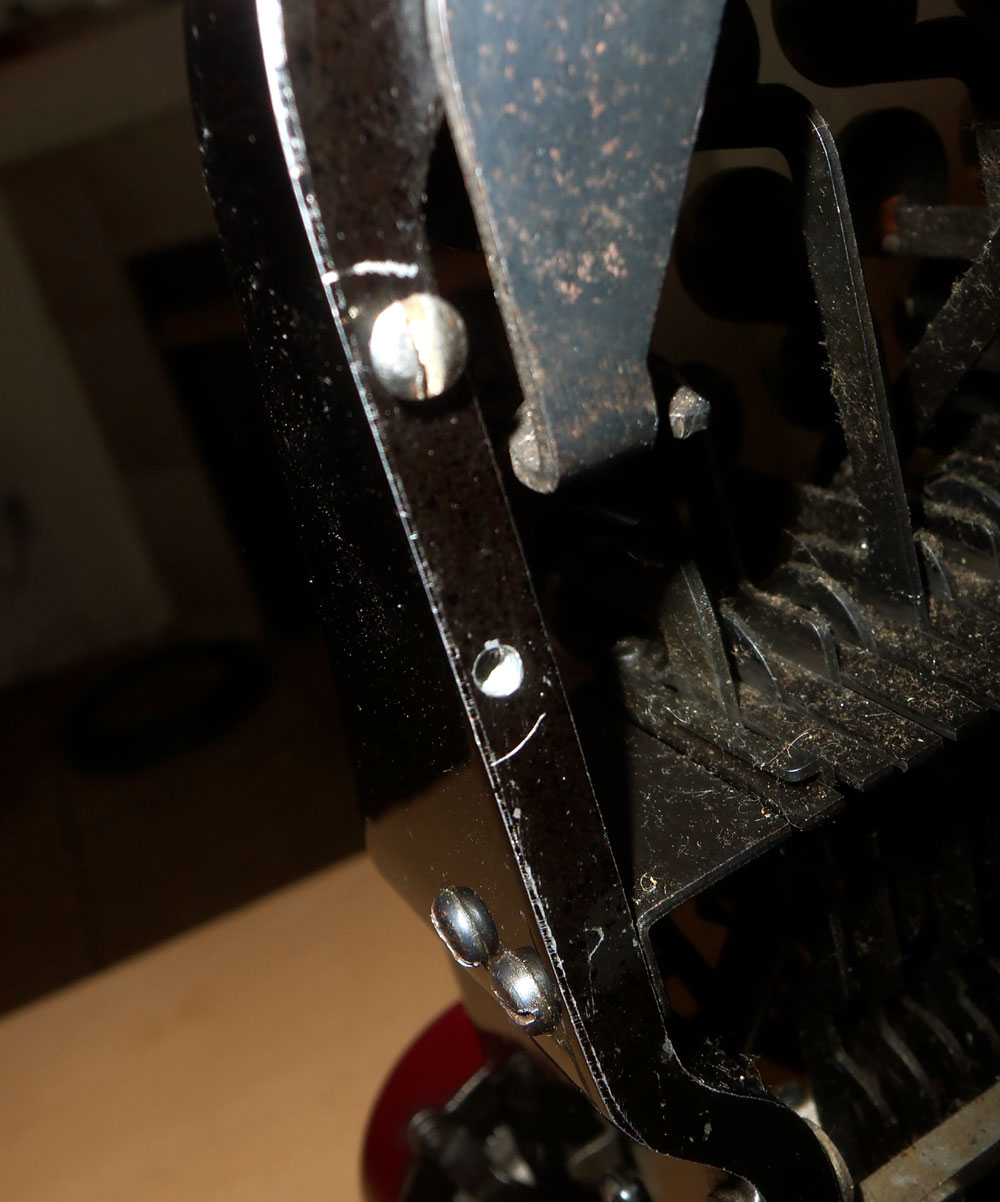 A Mystery mount point drilled into the left front frame. 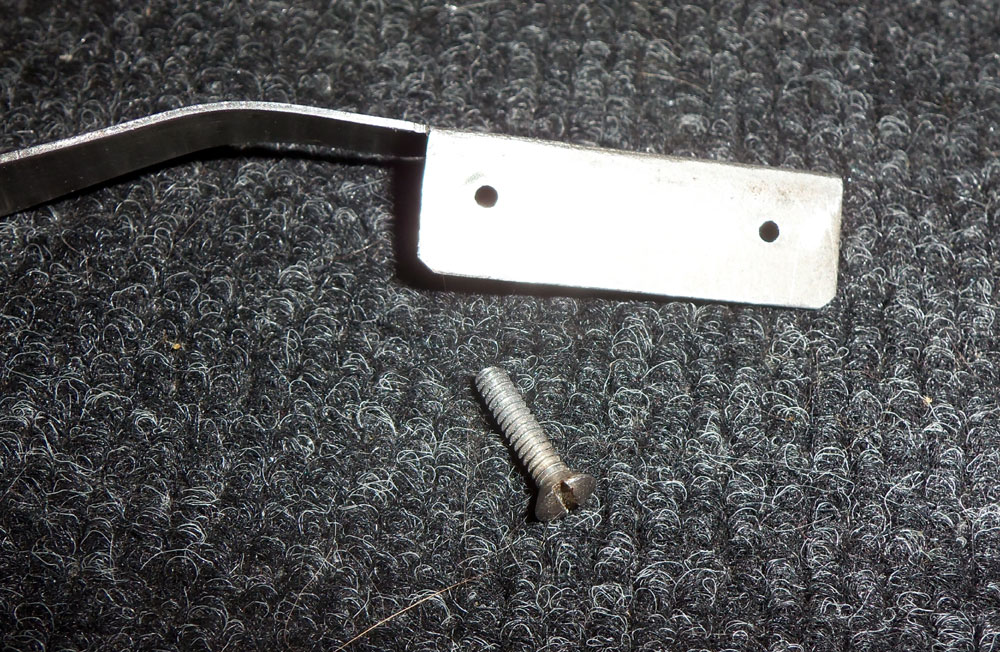 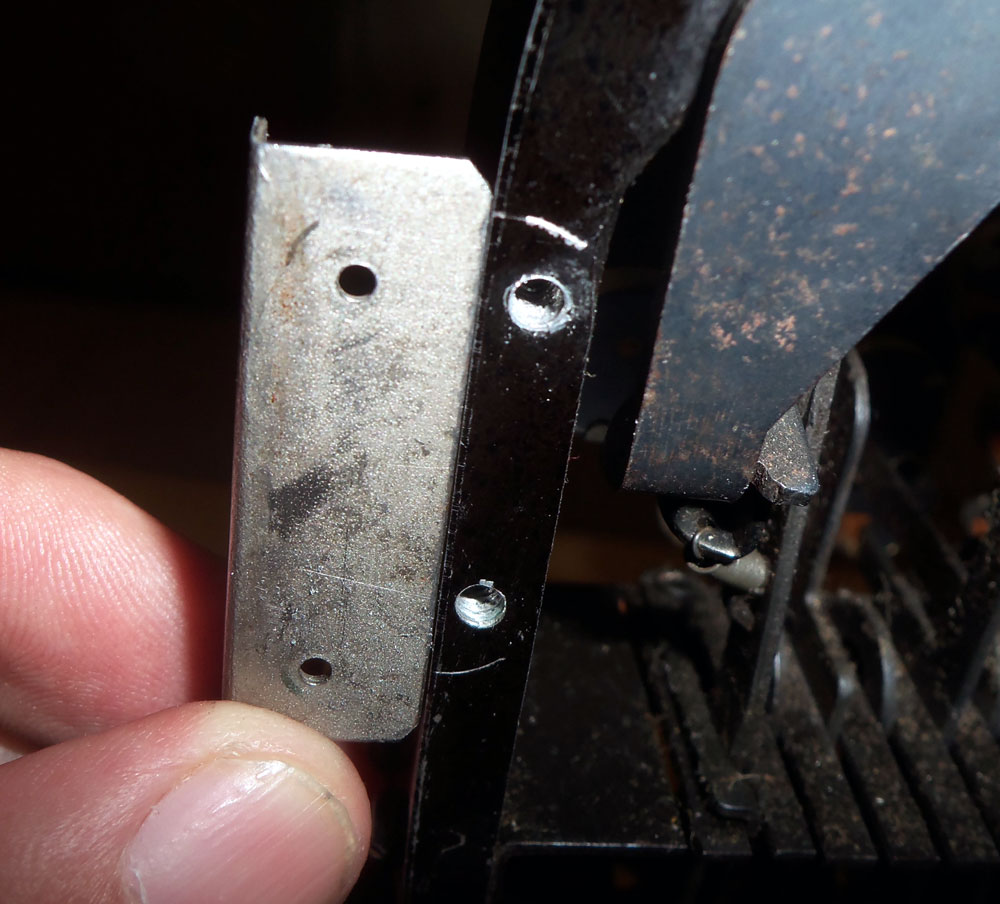 And the holes don’t line up. 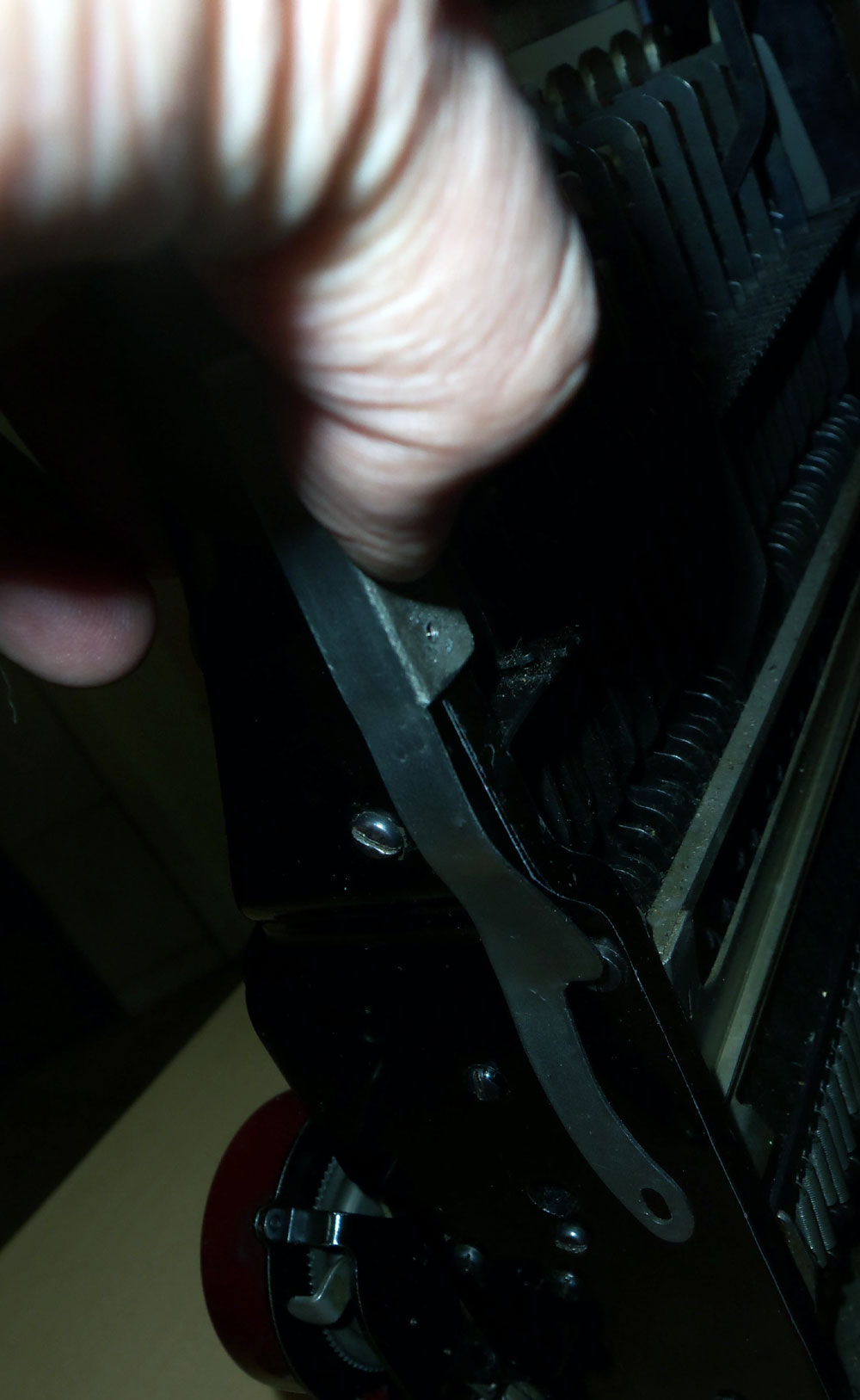 Oddly, the part does sort of match the curves of the frame, if it did mount there. 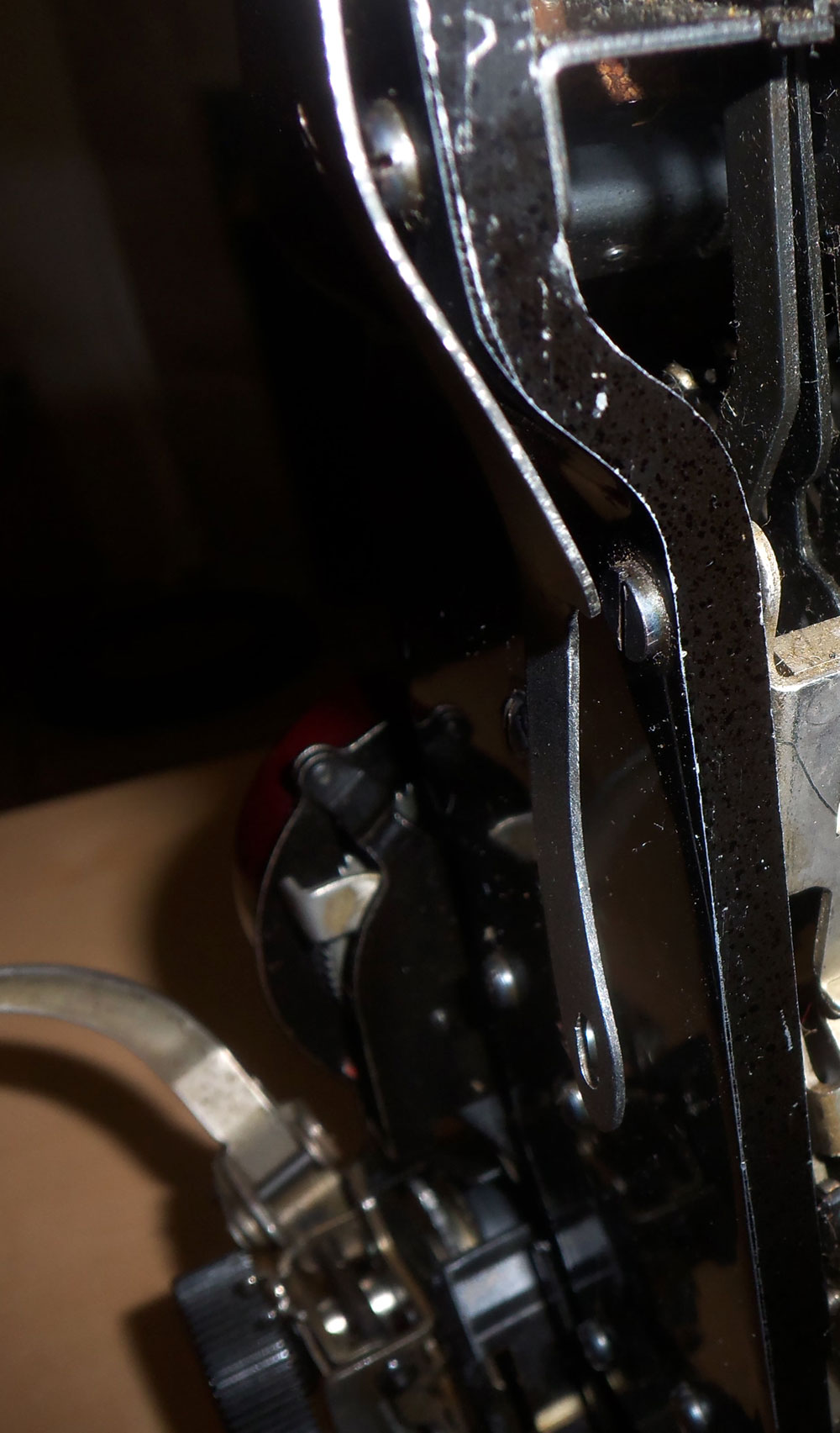 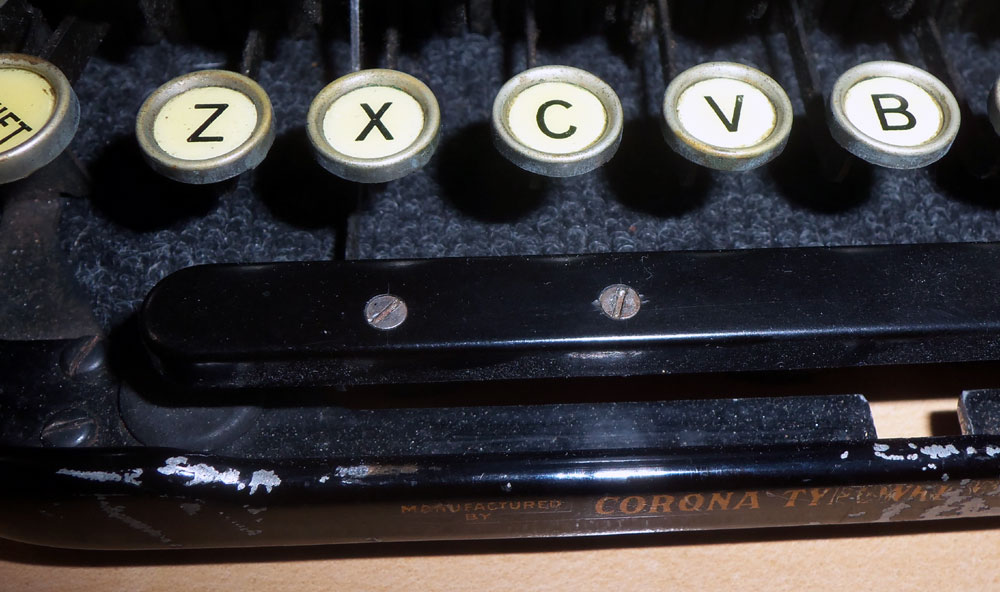 How about these added screws? is this the mount point for that mystery part? 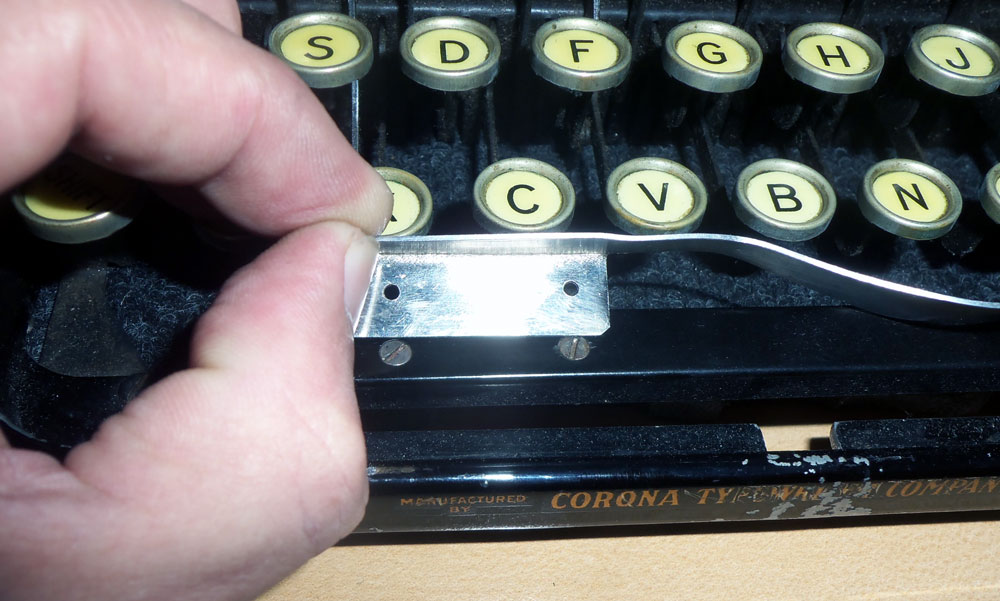 They’re the right size and the holes line up…

But I don’t see how that makes sense… 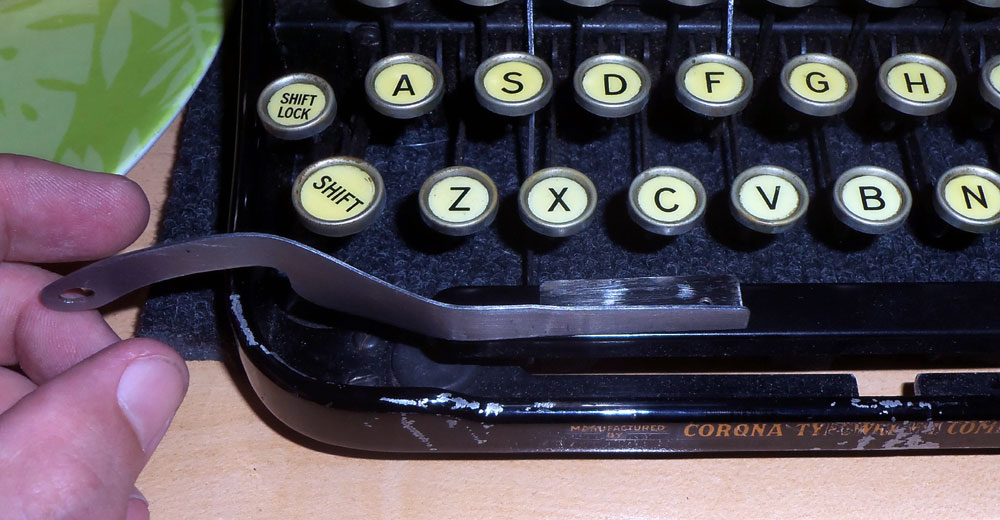 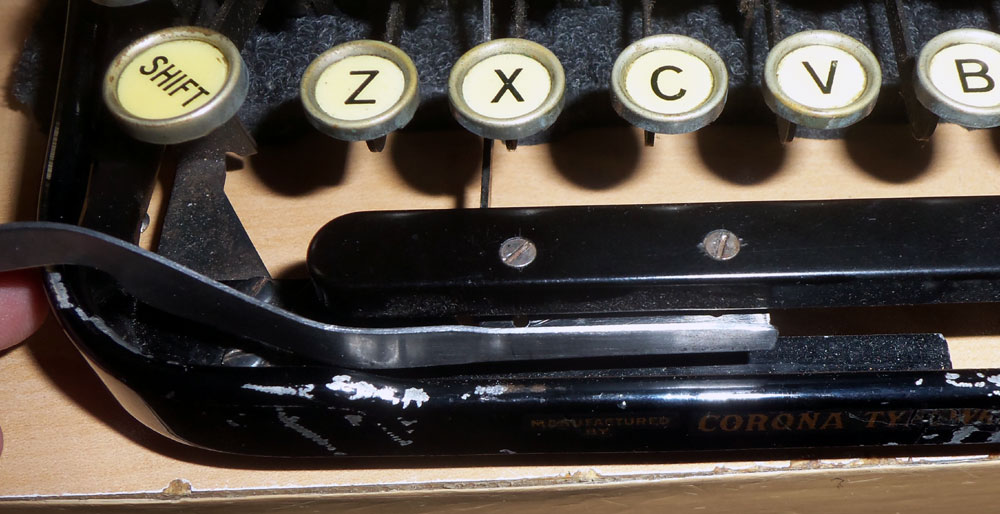 But, that certainly makes sense, sorta – and it explains the nick marks in the paint on the left front frame. 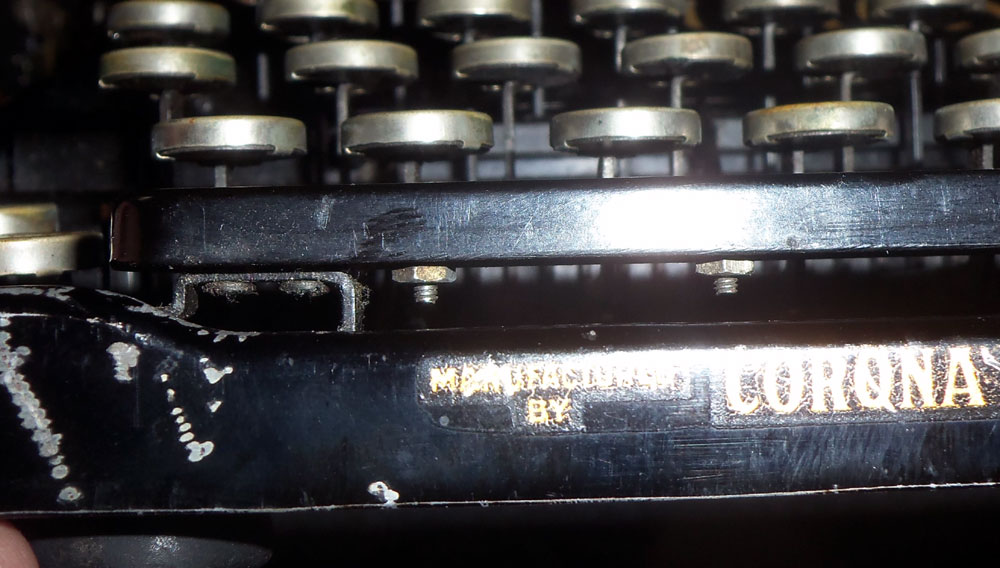 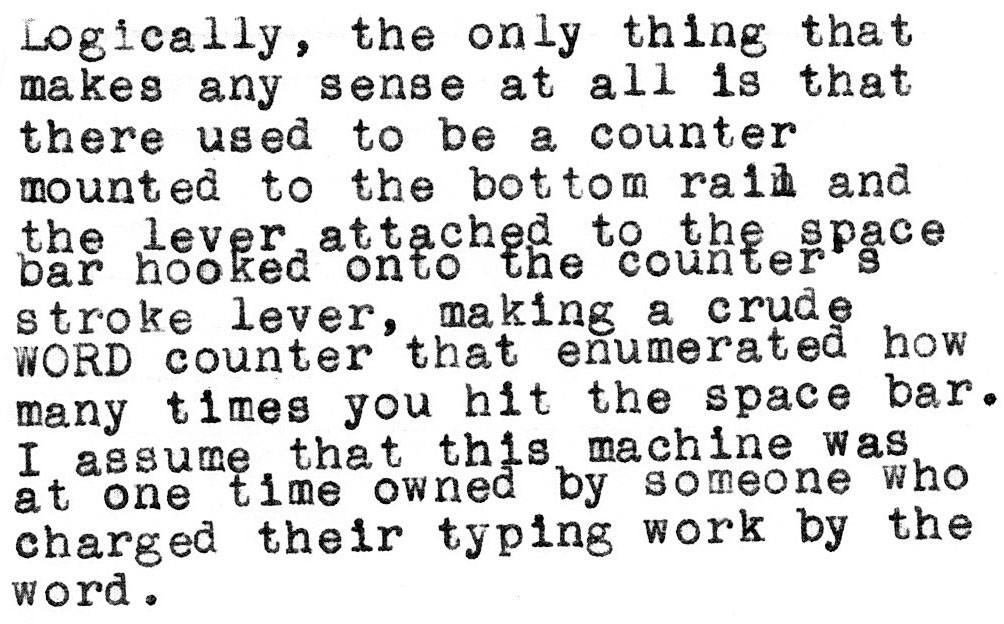 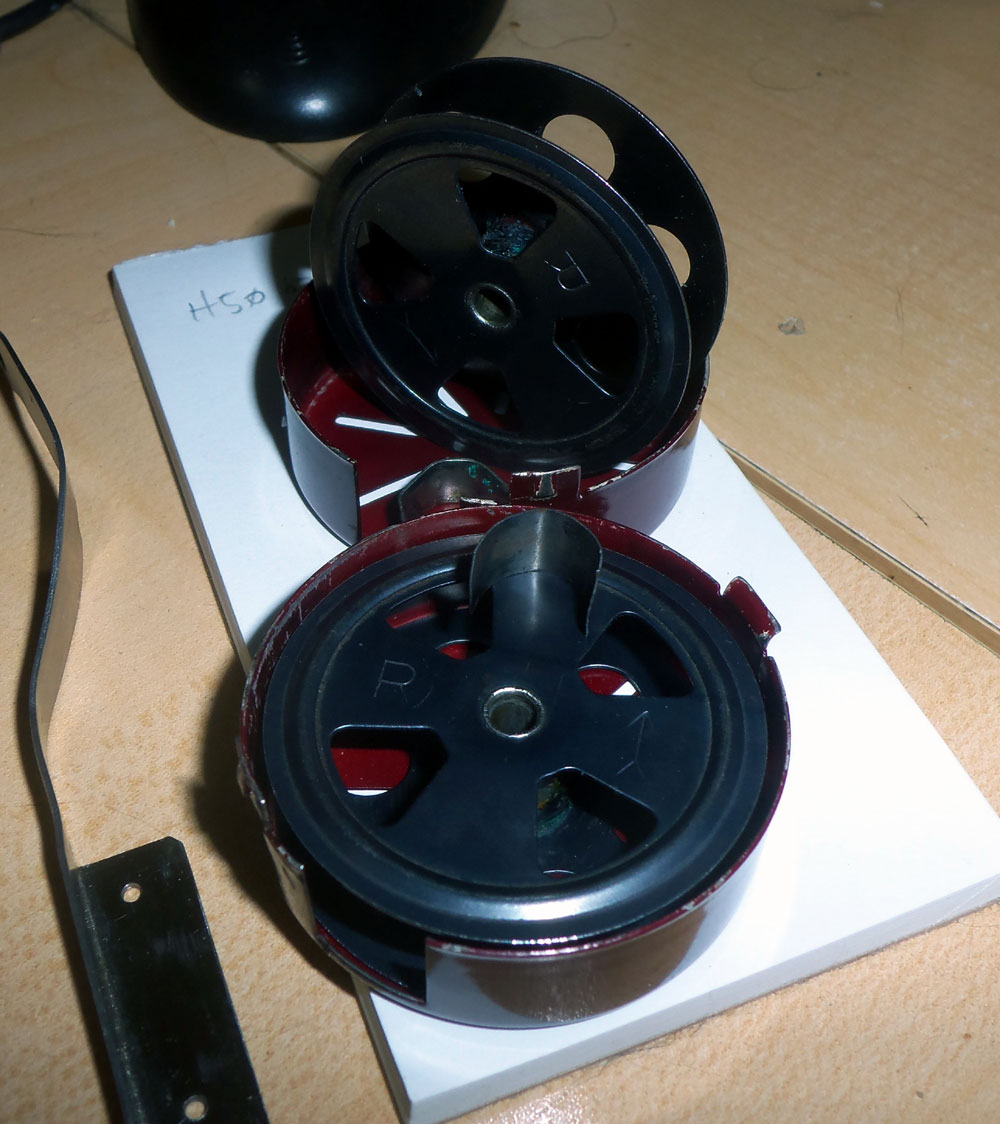 These are the correct spools, but there’s two “R” spools and no “L” one. 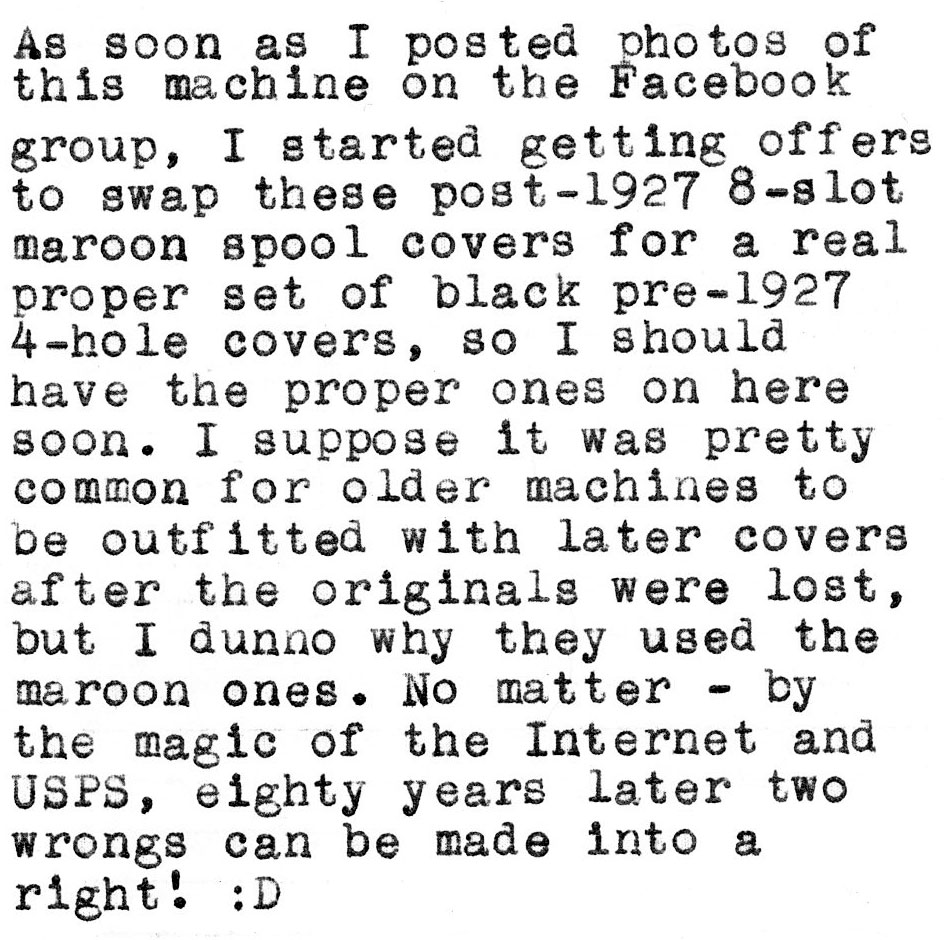 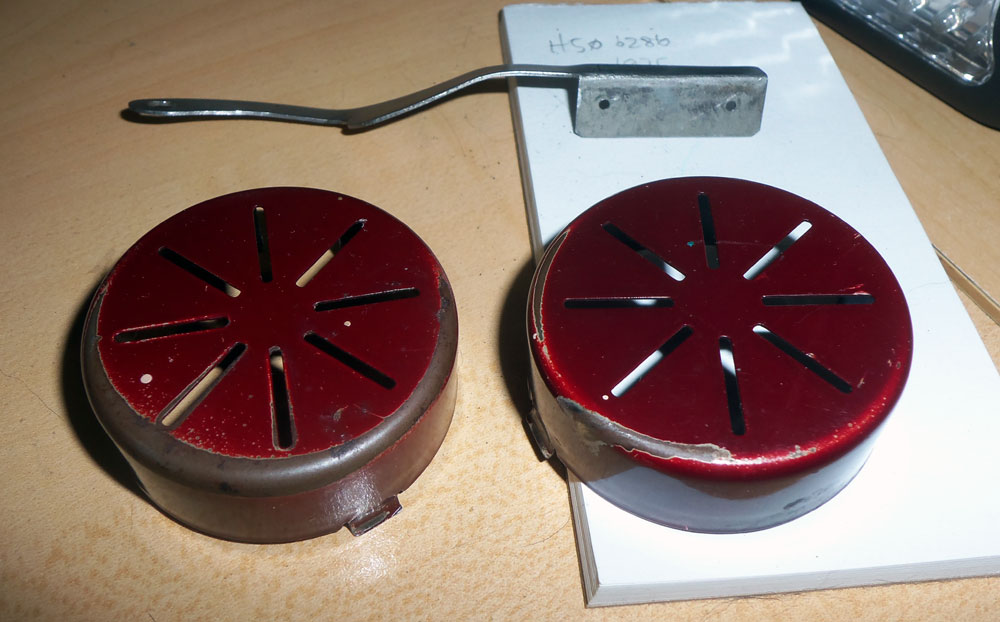 Quite a bit of wear on the outside edges, but hopefully I can get the right set in trade. 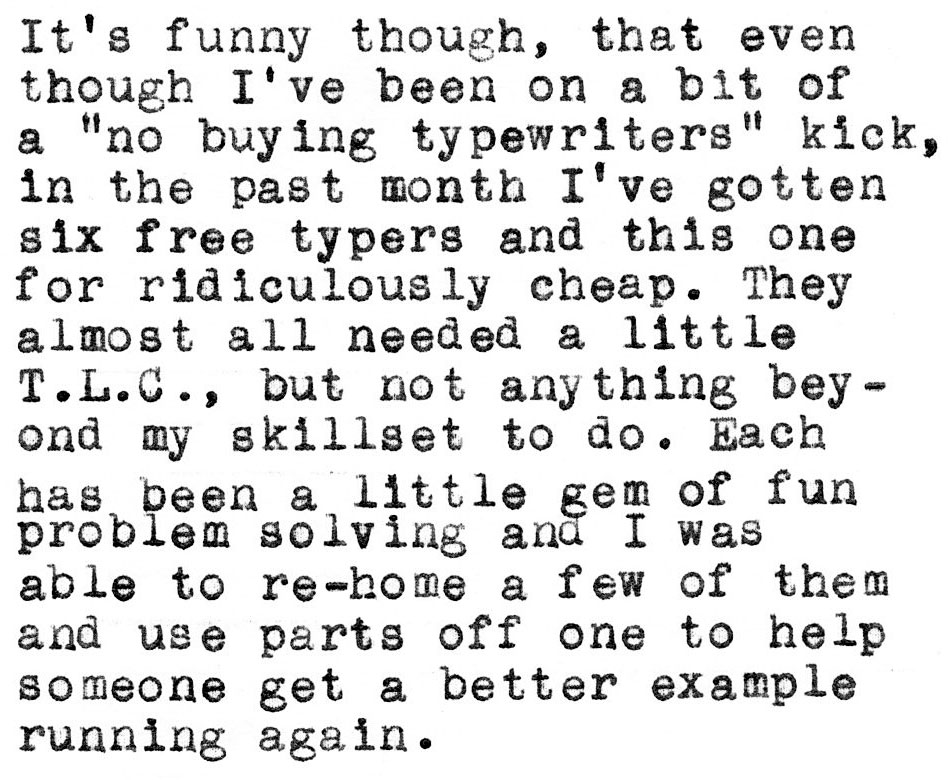 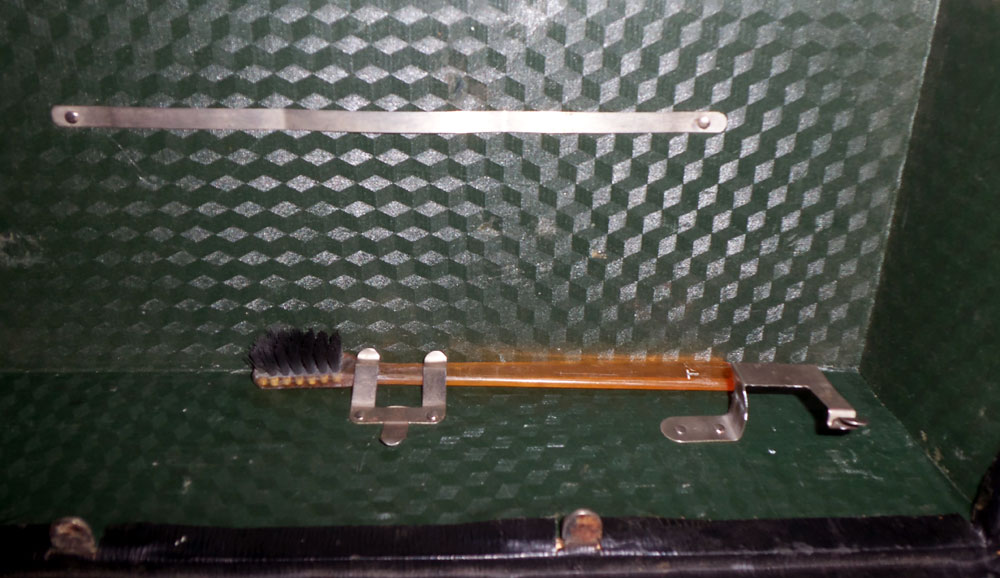 Still has a brush and a clip for holding what might have been an oiler? 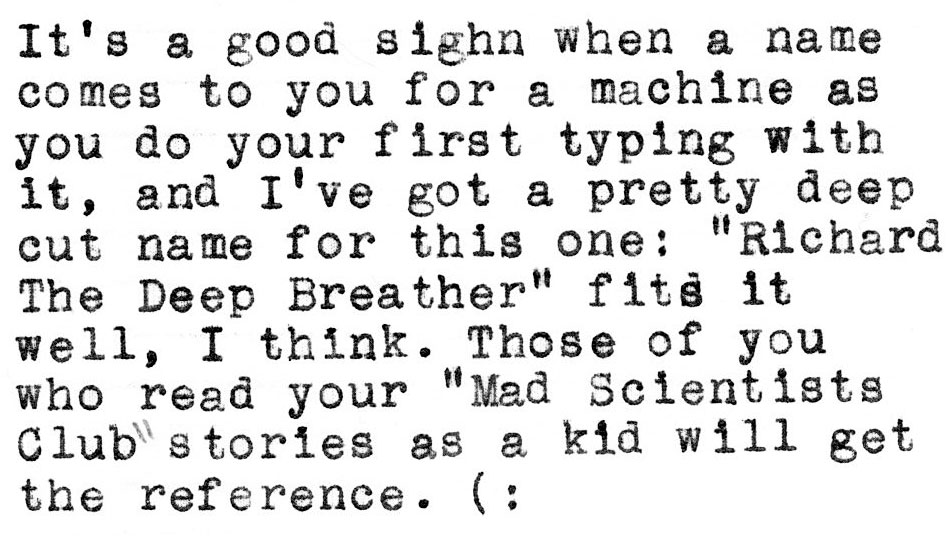 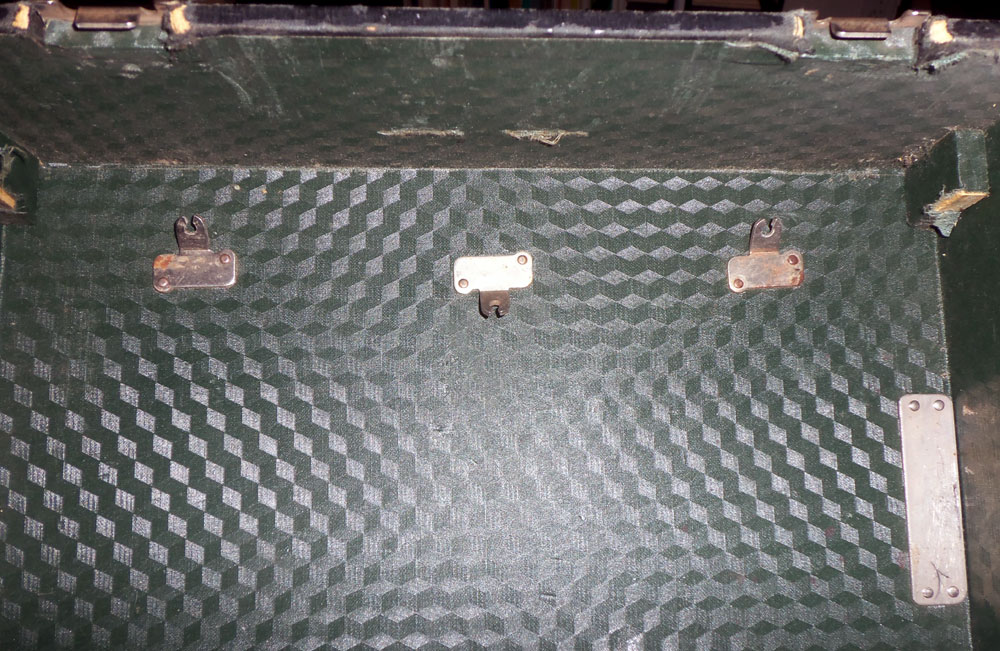 Here’s another mystery – what are these clips in the top lid of the case for?